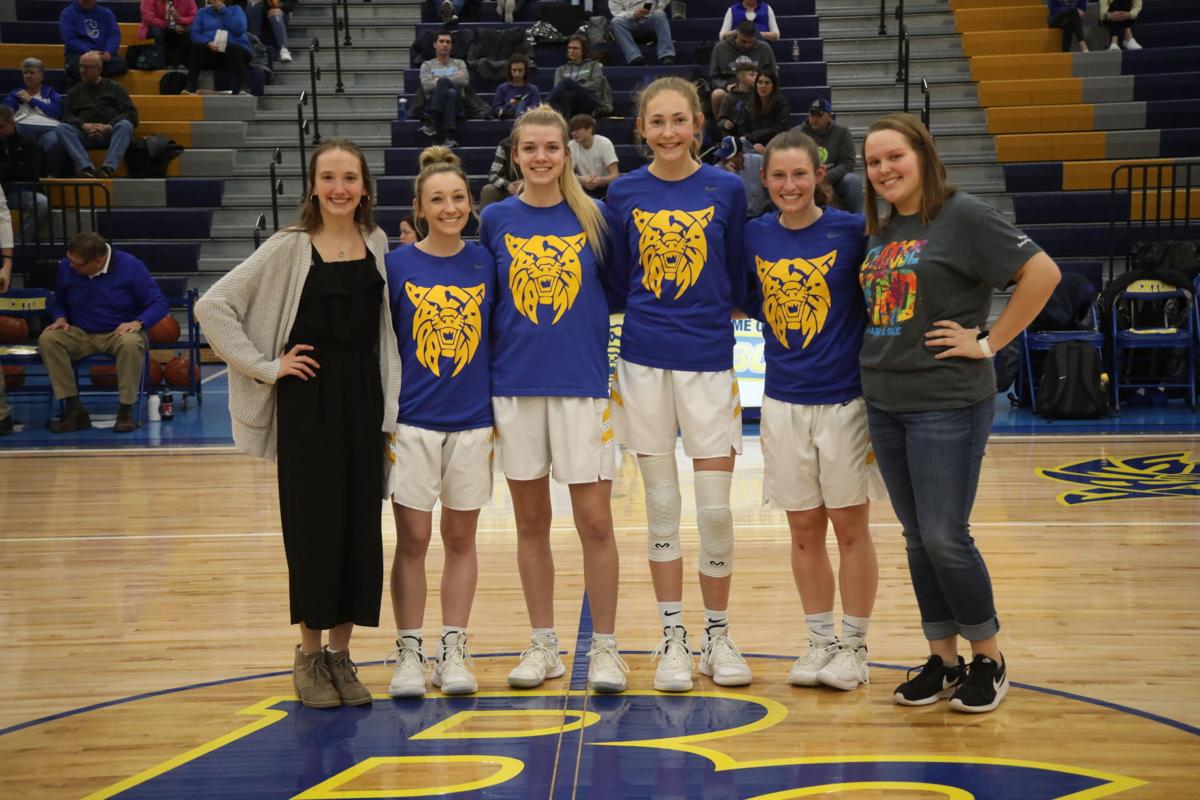 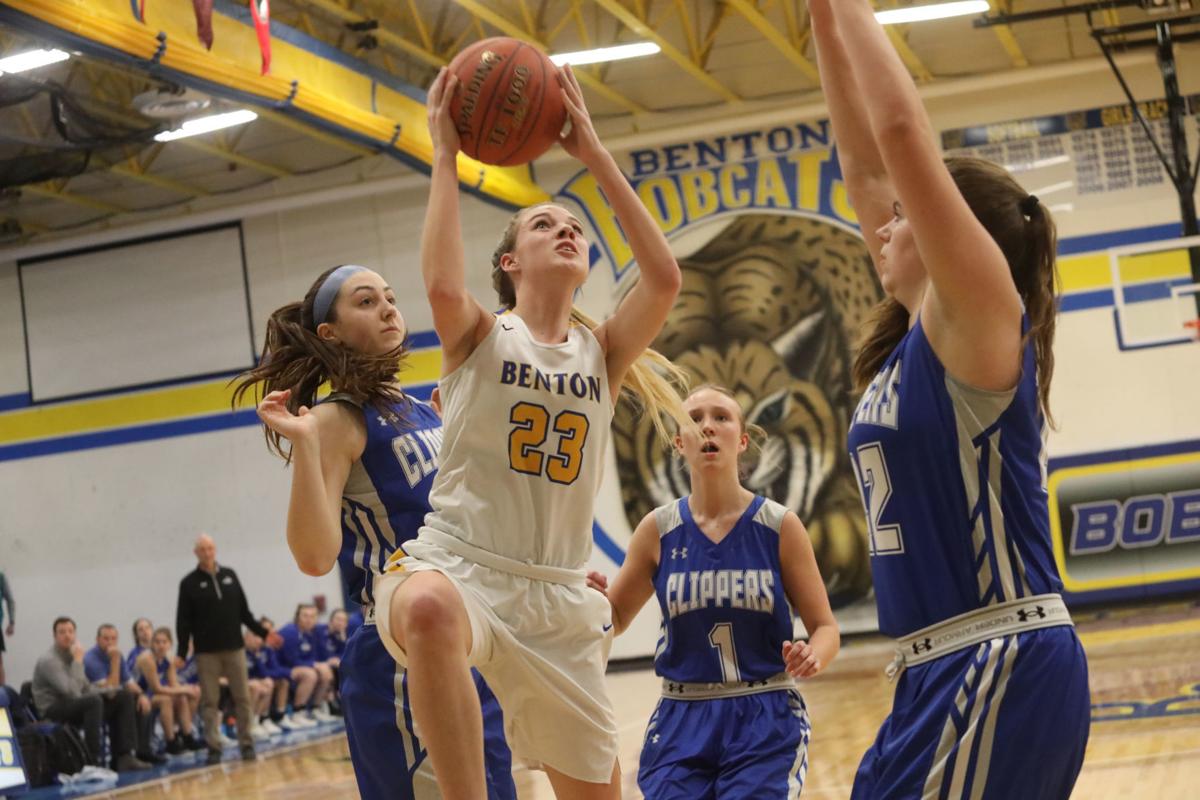 Kayla Lambe scored eight points in first half on her Senior Night on Tuesday.

Kayla Lambe scored eight points in first half on her Senior Night on Tuesday.

Benton girls basketball recognized its six seniors in their last home game before coming up a hair short in a 55-53 loss to Clear Creek-Amana on Tuesday.

“[Clear Creek-Amana] is a well coached team and has an excellent player in Karsyn Stratton along with pieces to go with her,” Benton head coach Jeff Zittergruen said. “We knew this would be a challenge tonight. They blew us out in their gym, so seeing us respond and play better tonight was good to see.”

Senior night got off to a hot start for Kayla Lambe as she scored the first five points for the Bobcats before the Clippers responded with a 13-5 run in the first quarter to go up 17-10. Benton would keep pace with the talented Clippers in the second quarter to take a 13-12 edge as balanced scoring kept the Bobcats in this WaMaC West contest 29-23 at halftime.

“They got some good buckets and easy touches inside,” Zittergruen said. “You can stay in front of Stratton the best you can, but she’s still going to make buckets. We tried to take away some of their post actions to make it harder on their offense. Stratton is also a great defender and face guarded Jenna [Twedt], limiting her touches and movement.”

The Bobcat’s leading scorer in Twedt was held in check with zero points in the first half, yet Twedt and fellow freshman Emma Von Ahsen made several big shots to outscore their visitors 18-14 in the third quarter. A bucket at the beginning of the fourth quarter tied the game 43-43.

“We have a good group that play hard,” Zittergruen said. “We believe in ourselves. When we do that, good things usually happen.”

Clear Creek-Amana had a response for each Benton bucket, including several drives by Grace Embretson to draw fouls from the Clippers. Twedt and Von Ahsen continued to provide scoring for the Bobcats. The last shot fell on Lambe’s hands with a missed three and not enough time for a second shot after an offensive board by a teammate.

Von Ahsen finished as Benton’s top scorer with 12 points (four threes) to go along with four rebounds and an assist. Twedt had nine points, two rebounds and four assists, followed by Lambe with eight points in the first half and five rebounds. Fellow senior Lauren Woeste had seven points and three assists in the loss.

“Emma does a good job shooting the ball for us,” Zittergruen said. “She gives us an outside threat. A lot of girls stepped up tonight. Balanced scoring is really important for us and tonight we have four girls around 10 points. When we have a lot of girls hitting shots, we are a good basketball team.”

For four Bobcat players and two managers, Tuesday was the last time they would step onto the court repping the blue. Their Senior Night recognized Maddie Notch and Emma Metz as managers. Kailey Bridgewater, Kayla Lambe, Lauren Woeste and Mallory Thys were each recognized as players who led a young Benton team to success in 2019-20.

“Our four senior players have done a great job of leading this program since I took the job two years,” Zittergruen said. “I tried to sell a vision of them playing and what that would look like. They bought into that vision. Things aren’t always going to be easy, but they are tough kids who come to practice ready to work. It’s their little things that make this program work.”

The Bobcats ended their regular season 13-8, their highest overall win total since 2015. They will travel to Williamsburg for the first round of Regionals on Saturday, Feb. 15. The Benton girls won both contests against the Raiders this season.

“It’s a tough draw to go down there,” Zittergruen said. “We have to go down there and play basketball the right way. They have some good athletes and need to be mentally locked in for a tough game.”