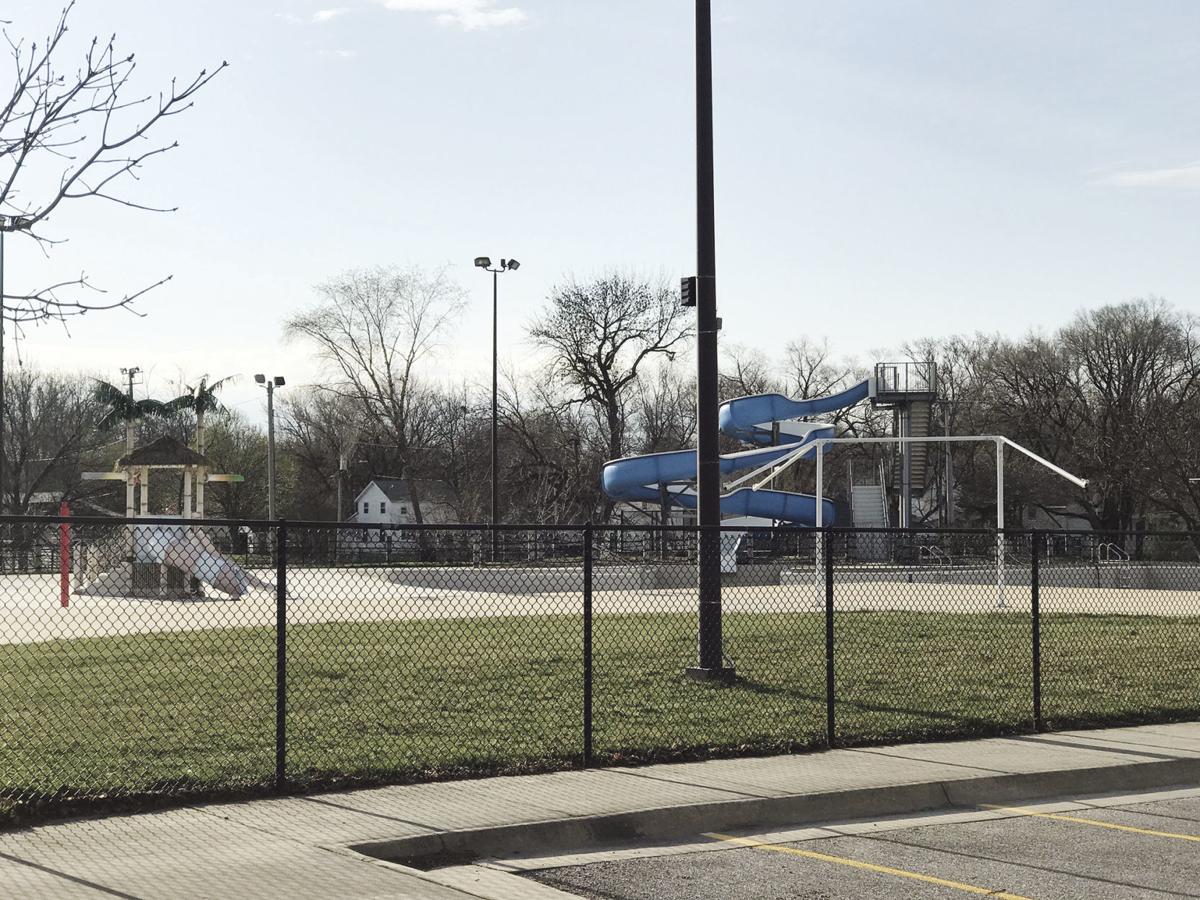 The fate of the Oelwein Family Aquatic Center for the 2020 season rests on City Council shoulders as the coronavirus pandemic continues to hinder community activities. 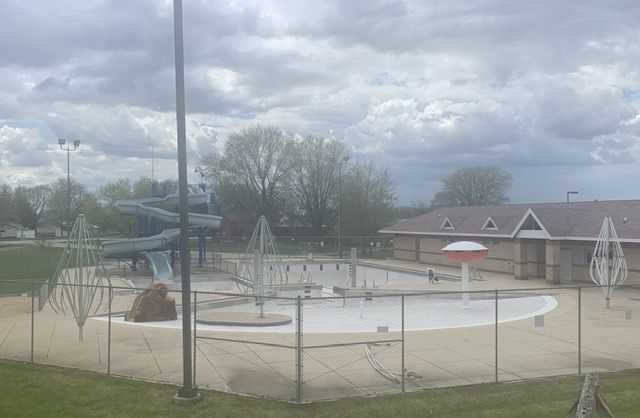 The Fairbank Aquatic Center pools stand empty on Wednesday as discussions continue regarding whether it will open this season.

The fate of the Oelwein Family Aquatic Center for the 2020 season rests on City Council shoulders as the coronavirus pandemic continues to hinder community activities.

The Fairbank Aquatic Center pools stand empty on Wednesday as discussions continue regarding whether it will open this season.

Gov. Kim Reynolds has begun to ease restrictions on many businesses as communities begin to emerge and recover from isolation regulations due to the COVID-19 pandemic. Part of the governor’s announcement Wednesday may help the Oelwein City Council with its decision on whether to open the Aquatic Center for the summer or decide against a swimming season this year.

Reynolds announced swimming pools may reopen for lap swimming and to conduct swimming lessons, as long as those operating the pool take reasonable measures under the circumstances to ensure social distancing of employees and patrons, increased hygiene practices, and other measures consistent with guidance from IDPH to reduce the risk of spreading COVID-19. All other areas such as swimming pools, wading pools, water slides, spray pads, bath houses, shall remain closed.

At Monday night’s special Council meeting, the Council voted 5-1 to table a decision on the Aquatic Center until its May 26 regular meeting, in hopes of hearing some positive news from the governor. While Wednesday’s announcement is a positive step, City Administrator Dylan Mulfinger and others do not think it is enough reason to open.

“We will not open until June 15 at the earliest. Council will decide on May 26 if they are going to open the pool this summer,” Mulfinger said in response to an emailed question. “Lap swim and swimming lessons would not provide enough revenue to make the pool feasible.”

Oelwein Councilman and Park and Rec liaison Renee Cantrell said she was happy to hear the governor’s latest update, even if it is abbreviated.

“I’m happy she’s giving us this much. Would I have liked to hear that the pools could be completely opened – yes, but at least this is allowing lap swimming and lessons,” she said.

Cantrell said the Oelwein Park and Rec Board had met Sunday, May 17, and had decided at that time to hold off on a decision until hearing more from the governor. She considers Wednesday’s update as good news.

“I don’t know if this will be cause for a favorable response from the Council on opening the pool or not,” Cantrell said. “Data from the IDPH, that is what we have to follow.”

Fairbank Aquatic Center Board President Jason Kayser also responded to the question on opening their pool for the summer.

“Currently, we are planning on opening at a date yet to be determined within the limitations placed by the governor,” Kayser said. “This is a continually evolving situation and nothing can be completely certain.”

Kayser said he and the Board would be continually monitoring the situation. His other concern is regarding a season for the Sharks Swim Team, which combines swimmers from both Oelwein and Fairbank areas.

“We will be having discussions with the Oelwein/Fairbank Sharks Swim Team Board and we expect a decision soon from them as to whether the swim season will take place this year,” Kayser said.