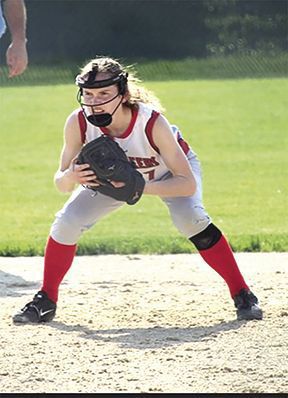 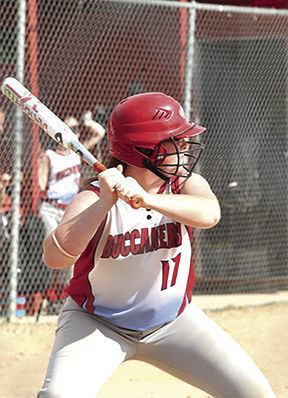 Lakyn Beyer will return for her senior season.

Lakyn Beyer will return for her senior season.

WINTHROP — In hopes that we will see East Buchanan Buccaneers’ softball this summer, let’s preview the upcoming 2020 season. The tentative time frame for the Iowa Girls High School Athletic Union (IGHSAU) to decide on the season is June 1.

Coming off an 8-20 season last year, the Bucs will look to bounce back in 2020 with a young, but experienced team. Head Coach Marcy Fox is optimistic that the delay to the start of the season does not deter some of the girls from coming out for softball.

With that said, Coach Fox should have a good nucleus of returning varsity experience, starting with sophomore pitcher Lara Fox, who’s season was cut short her freshman year after breaking her hand. Through nine starts last year, the young starting pitcher was 7-2 when her season came to an abrupt end. Fox won her last four starts and was looking to have an outstanding year.

This was the beginning of the end for the girls, because backup pitcher Nicole Pettinger went down with mono a week later. This led to two girls, who were going to be junior varsity pitchers, stepping up to start varsity games. Coach Fox commends Ella Cook and Emma Cook (no relation) for stepping up when the team needed them.

The team never won another game the rest of the way.

Lara Fox is back healthy, and should give the Bucs the stability at pitcher they need to be competitive. She also batted a respectful .313 in her limited time.

Along with solid pitching, the Bucs have some strong hitters returning, starting with sophomore Lauren Donlea, who hit .407 last year as a freshman. She also stole 21 bases and will be a mainstay in centerfield.

Junior Emma Cook returns after hitting .402 last year. Cook took over the bulk of the pitching last year, but looks to play first base this year.

Olivia Donlea and Lakyn Beyer will supply the senior leadership. Donlea will play shortstop and looks to improve on a stellar .321 batting average a year ago. Beyer will be behind the plate and be the field general for the young pitching staff.

Kyara Pals comes off a freshman campaign where she batted .360 and led the team with 21 runs batted in (RBI). Pals will play left field and also some infield.

Averial Brady comes into her freshman season after starting 21 games as an eighth grader. She will play outfield and catcher.

An up-and-coming player to watch is eighth grade pitcher Eden Brady. Coach Fox is hoping she can get some valuable experience this year.

North Linn will again be the team to beat in conference play in 2020, but Coach Fox thinks if she can get everyone back and they can stay healthy, they can compete with anyone in the conference.

Thunderstorms during the morning followed by occasional showers this afternoon. High 73F. Winds N at 10 to 15 mph. Chance of rain 90%.