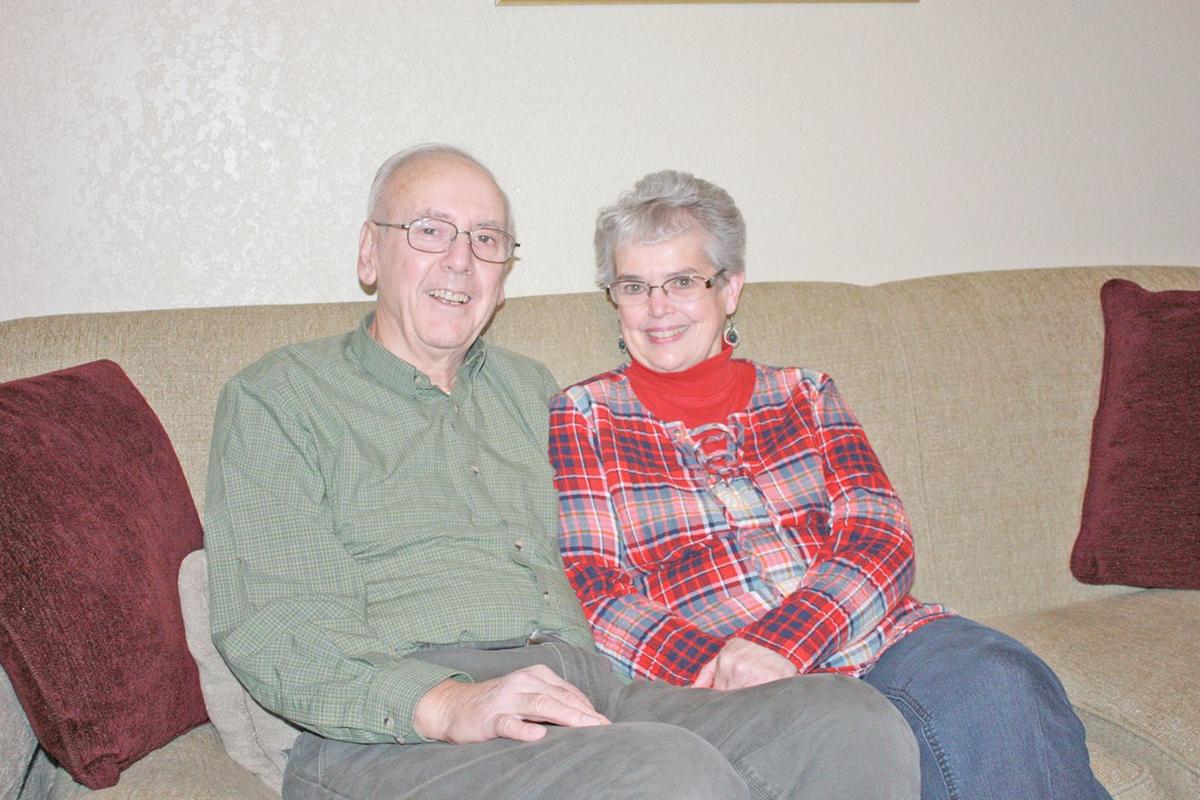 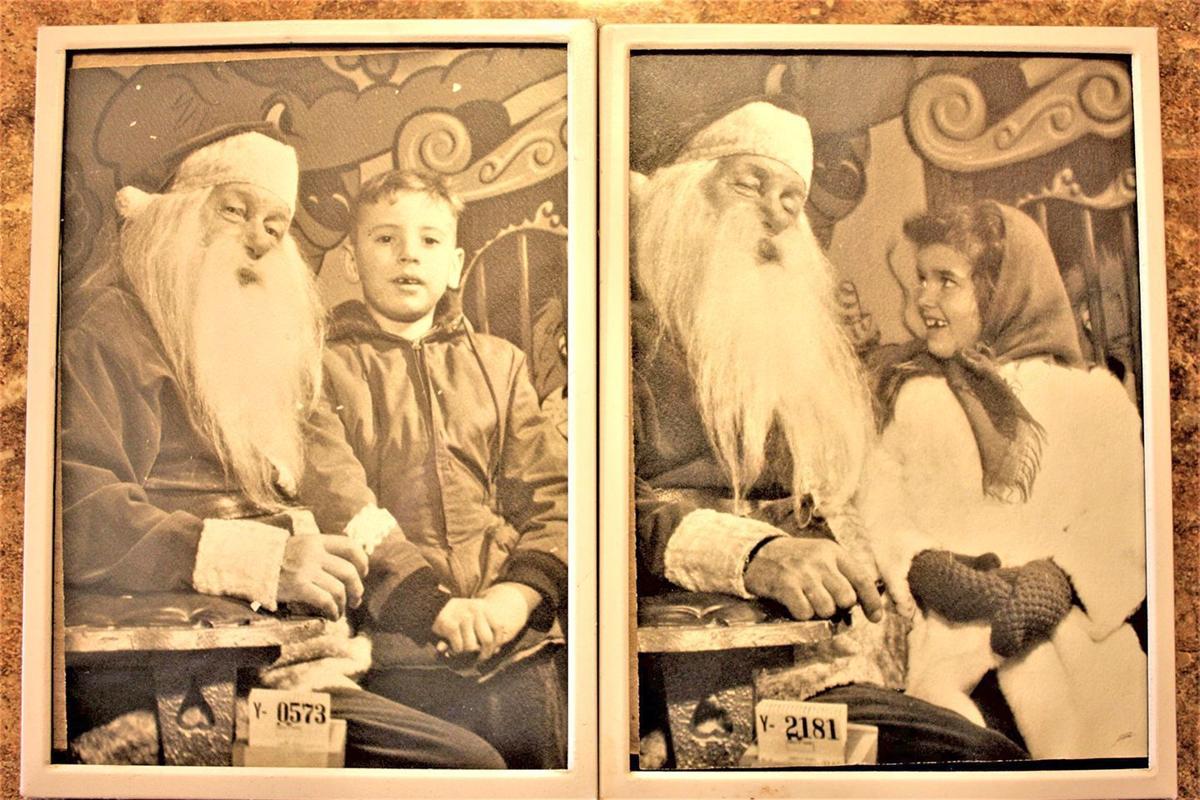 Robert and Marilyn Richter first crossed paths when they were about five years old, waiting in line to see Santa at a department store in Waterloo. They even had the same missing teeth. They didn’t discover this fact until years after they were married when they were looking through old family photos. 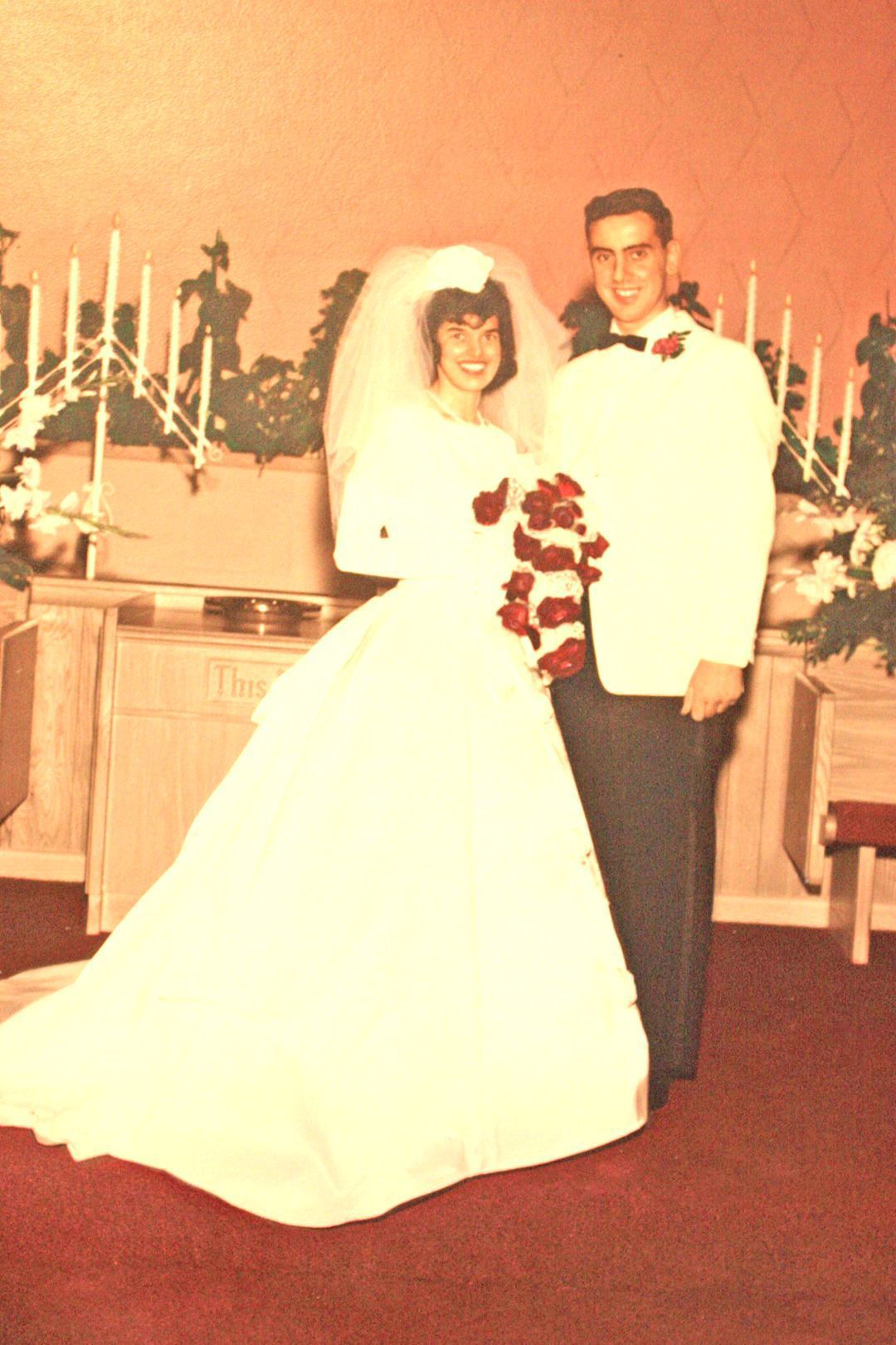 The Richters on their wedding day in 1963. 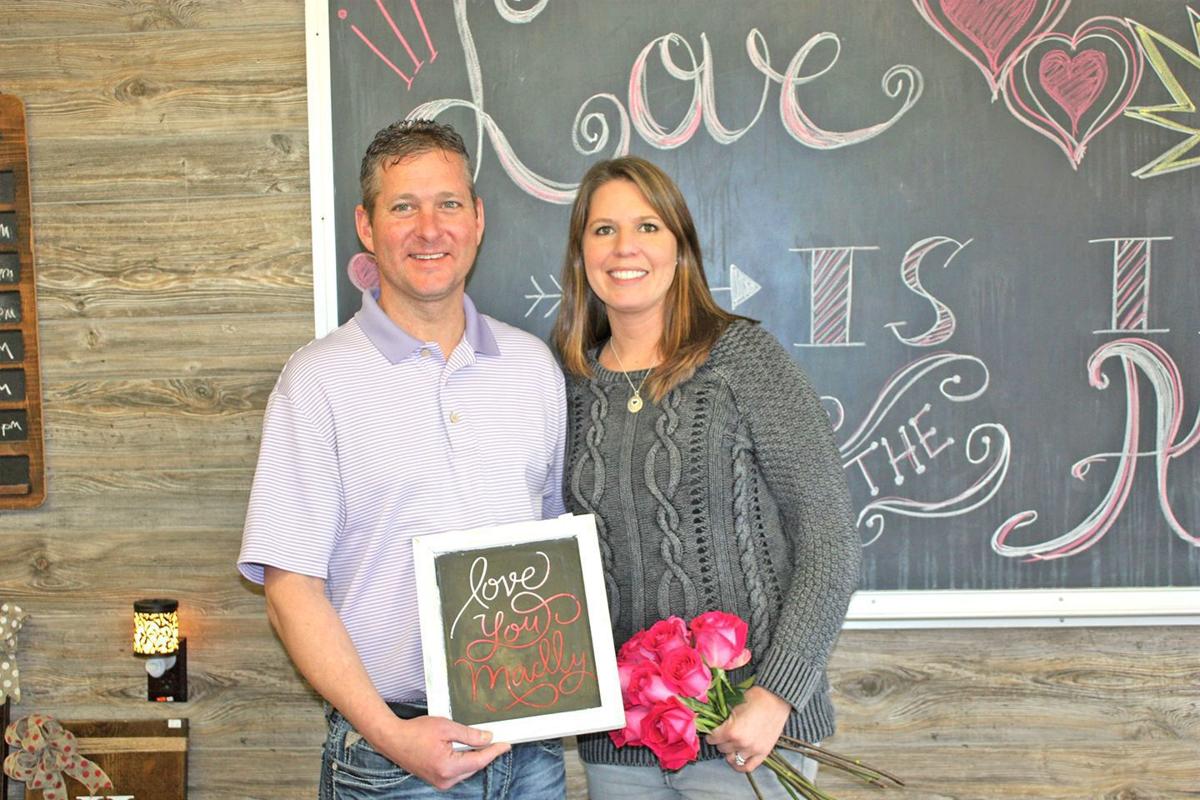 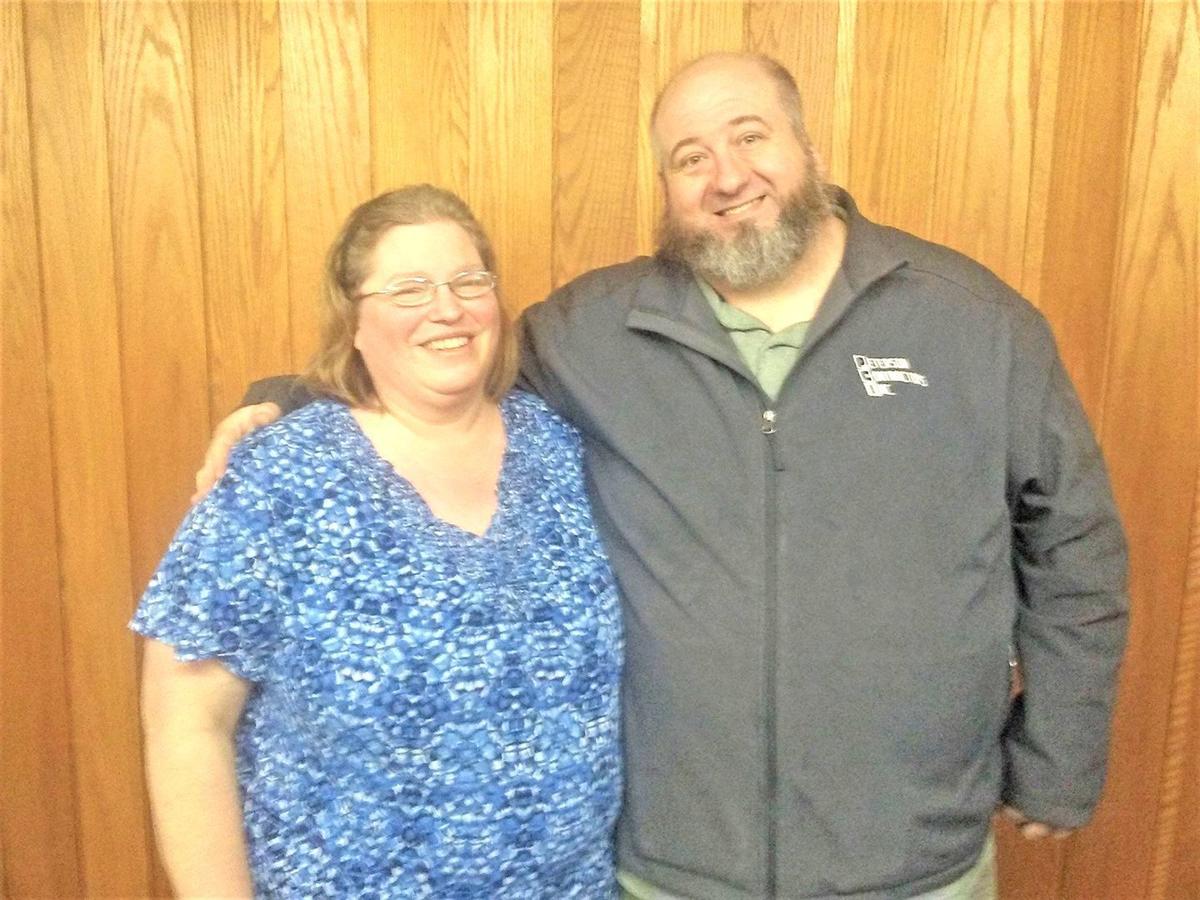 Robert and Marilyn Richter first crossed paths when they were about five years old, waiting in line to see Santa at a department store in Waterloo. They even had the same missing teeth. They didn’t discover this fact until years after they were married when they were looking through old family photos.

The Richters on their wedding day in 1963.

Andy: We met in high school and never had any attraction to each other, and then we met a few years after college, and she was getting ready to move to Texas. I was like, “Oh…ok…well, do you want to do one last date?” And then we just hit if off from there, and she decided to stay. She works a lot, and I work a lot, and we like what we do. We wanted to try something new, (Andy runs Andy’s Barber Shop; this year, they opened The Trendy Tulip, 124 3rd Avenue SE) and now we have something else we love.

Casey: Obviously physical attraction. And he is very funny, very outgoing. I love his sense of humor. He’s just an all-around good guy. We just have a lot of fun together.

Andy: Everything…she’s a great mom. She’s always there for [the kids] when they’re sick…I love her cooking. I like the way she does business. She does it all.

Andy: We used to travel a lot, find a new restaurant. It’s a little harder with kids now to do a lot of that. But that’s one of the things we like to do as far as dates is take off and go find a restaurant that’s a mom-and-pop-type place. We spend a little time in the hot tub at 5:30 in the morning when we can actually talk to each other. We enjoy going out to eat, going out for a drink. I enjoy working down here [at The Trendy Tulip] with her when I can.

Barb: We met at Tyson’s. We started dating when we worked there, and nine years later we got married, so it took a while!

Ricky: I just noticed that Barb was always smiling constantly. That to me was really neat, because a lot of people go through life and they’re always down and you only see them smile once in a great while. It’s just kind of neat to be around someone who’s always smiling and trying to be on the upside of things.

Barb: For me, at first, we were just going out as friends, and then I met his family, and started going to church, and seeing that part of him kind of grew my love. He was just a kind-hearted man. Responsible with finances, and people respected him a lot.

Ricky: She’s always outgoing, she’s friendly to people. If I ask her to do something, she usually helps out or does it.

Barb: He’s got a kind heart, and he’s always willing to help other people out all the time. I have to stop and think sometimes, “Well, he’s helping someone else out so he isn’t helping me out,” but I’d rather have that problem than others. And going to church together really grows our love for God and each other.

Ricky: We just hang out together. A lot of times it’s just watching movies or talking. We like to get out and do some things out in nature.

Barb: I’m more of a homebody, and he likes to get out. We go out to the movies when we get a chance, and go out to eat. We go to family stuff and church stuff.

Marilyn: My brothers were very protective of me. I had two older brothers, and if they didn’t like someone I brought over, they would make their life miserable. They would intercept my phone calls! They were so protective. They really liked Bob, so I thought, “Well, there must be something to this!”

Robert: It was a very pleasant meeting that we had at first, and I think the attraction was that she was open and honest and interesting, very interesting. It was just really a joy to visit with her.

Marilyn: He was just very kind in the way that he treated me and the way he respected me. We were just very open with each other. My family, my brothers, really liked him, and that was a big plus right there.

Robert: I was attracted to her inward beauty.

Marilyn: I liked his sweet spirit.

Robert: What I appreciate about Marilyn is that we are able to communicate with each other, share our joys and our sorrows, and are honest with each other.

Marilyn: We’ve always had a lot of trust in one another. He umpired for 48 years and traveled, and was gone a lot and I had responsibilities at home, but I never worried about him….Our relationship isn’t something that excludes everything else. We each have our own things that we like to do and do them on own, and we trust one another that way.

Robert: Cultivate your affection and watch it grow. Our relationship with each other has grown together over the years. Forgiveness is huge, huge, huge. We have hit many plateaus in our marriage and pushed through, or we would have stagnated. And we pray for each other every day.

Marilyn: When I think of our relationship, it’s like a plant in a garden. When it is new and little, it needs a lot of nurturing and watering. When we first were married, we had to nurture one another. And there might be shoots and runners that were not the best things, things where you had to ask was it worth getting in a big argument about, and you needed to lop those off. As it matures, it doesn’t need quite as much attention, it’s a different type of relationship….We’re both 77 and we’re in that last season of life and have grown to really appreciate one another. In November, I had a health issue and ended up in the hospital, and I was really weak, and he cared for me. He had a medical thing he started going through about the time I was recovering, he had cancer, and we’ve been going through that. But through it all, our relationship was strong, and we were able to go with it, to care for one another, we had God in the center of our marriage. You’ve got to stick with it. Don’t give up. There are going to be hard times. Don’t think it’s all going to be a bed of roses, because it’s not. We’ve had our share of disagreements, but you have to go on. You have to put your own needs on the back burner. Instant gratification isn’t reality.