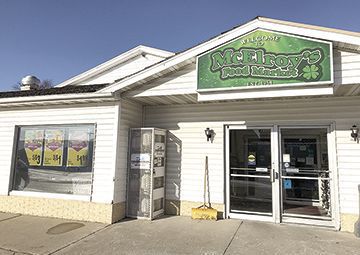 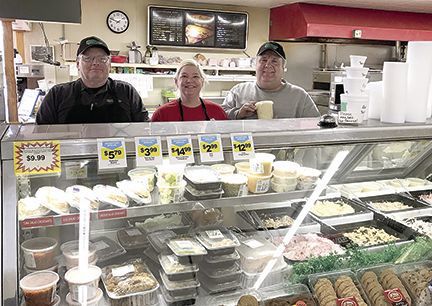 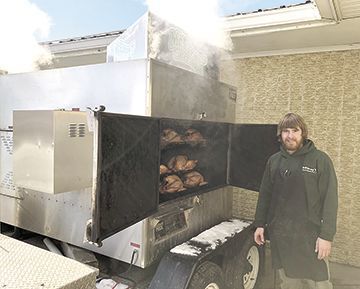 Jason Wells overseeing a batch of turkeys being smoked in a portable smoker.

Jason Wells overseeing a batch of turkeys being smoked in a portable smoker.

WINTHROP – In 1954, John and Virginia McElroy started a grocery business in Independence; in 1968, they moved to Winthrop. Over the years, John, a meat cutter, and Virginia grew their business and also grew their family.

In 1985, the same year John passed away, Gary bought the business. In 1988, Gary and his wife Deanna bought a smoker.

“With the help of Roy Payne of Quasqueton, we began smoking a lot of meat,” said Gary.

That was the beginning of the catering business, which has now expanded from offering fine meats and supplying holiday turkeys to offering fine whole meals for family get-togethers as well as catering for weddings, funerals, business functions, birthdays, and other celebratory galas.

McElroy reports they roasted and smoked approximately 300 turkeys for Thanksgiving alone this year.

“People really appreciate it, that extra service,” said McElroy. “It allows people to pick up their turkey the day before or day of their holiday celebration.”

It’s a multi-day process ending with the turkeys slowly smoking for about eight to 10 hours. The smokers are also used for beef sticks, summer sausage, and jerky, as well as the store’s catering business.

Coming in January to the market will be another renovation. According to McElroy, plans call for the expansion of the deli into the store area. He wants to add seating space, a larger service preparation area, and a new dishwasher will be installed. They are also adding another courtesy checkout station by the deli.

McElroy is hoping to have most of the work done during off hours by local contractors so as not to inconvenience diners or shoppers. You’ll still be able to get your broasted chicken and potato salad.

Speaking of potato salad, McElroy’s Catering will still be offering great choices during the construction. For example, they still make hundreds of pounds a week of their famous potato salad in their Strawberry Point store. According to Kevin Kauffman, the grocery manager for six years at McElroy’s, the Strawberry Point location also produces hundreds of fresh rolls each week.

McElroy is looking to add nightly specials after the renovation is complete.

“People could stop by after work and pick up something different every night to take home,” said McElroy.

McElroy is very pleased with the success of the market and catering business.

“We appreciate our loyal customers and our dedicated staff,” he said. “We look forward to offering the same great service, product lines, fresh produce, and meats as we have before and be able to offer more deli choices.”

Stop by the store at 135 Madison Street for their everyday offers. To plan your next gathering, contact McElroy’s at www.mcelroyscatering.com, mcelroyscatering@gmail.com, or 319-935-4000.

Mostly cloudy skies with some morning fog. High around 30F. Winds NNW at 5 to 10 mph.