Zumbach Will Not Seek Re-Election in 2020

Zumbach Will Not Seek Re-Election in 2020 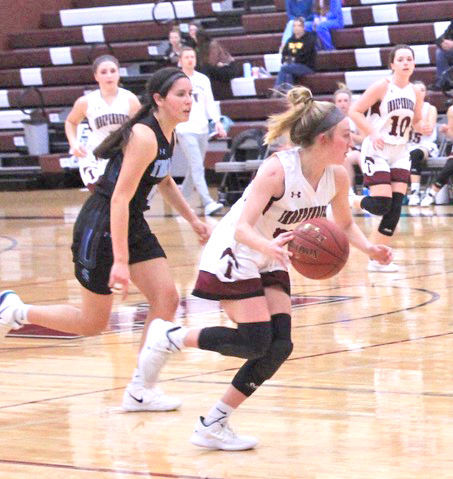 Jadyn Schultz scans the floor for a fast break opportunity. 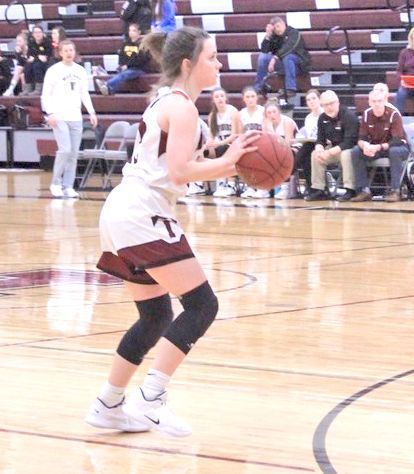 Mary Puffett readies herself for a three-pointer. 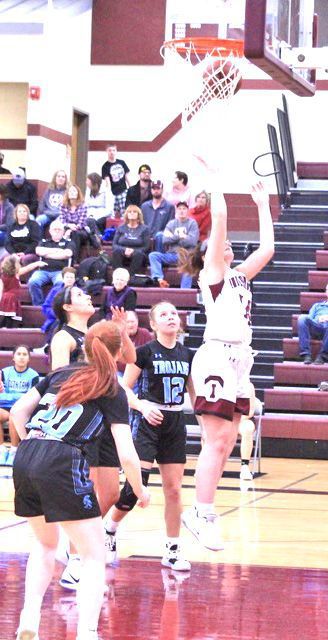 Jadyn Schultz scans the floor for a fast break opportunity.

Mary Puffett readies herself for a three-pointer.

INDEPENDENCE – “Alright you guys, let’s listen up. We won a game yesterday. And if we win one today, that’s two in a row. We win one tomorrow, that’s called a winning streak. It has happened before.” – Manager Lou Brown (Major League)

The Independence girls’ basketball team is on the verge of its own winning streak after beating South Tama at home in WaMaC Conference action by a score of 49-36 on Tuesday night, making it two wins in a row for the Mustang girls. This is the first time an Independence girls basketball team has won back-to-back games since February 17, 2016, when they beat Williamsburg and East Waterloo in back-to-back games.

Coach Bryce Pierce noted after Tuesday’s game, “I’m really happy for our four seniors. To be on a two-game win streak and to have won three games already shows how they’ve approached this season, and they’re hungry for more.”

The Mustangs were quick out of the gate and led this game 15-4 at the end of the first quarter.

“I thought we played well early in the game. We were executing on both sides of the ball and creating open shots while not allowing South Tama to get a ton of clean looks at the basket,” Pierce said.

They kept up the defensive pressure in the second quarter, and at the three-minute mark it was 22-8. The team’s defensive intensity was high, rebounding was solid, and they didn’t allow South Tama any second-chance points the entire second quarter. The Mustangs’ defense created South Tama turnovers by continuously putting pressure on the ball.

By half time, the Mustang girls increased their lead to 29-13.

The third quarter was a bit of a stalemate with South Tama outscoring Independence, 12-11.

“We didn’t maintain that intensity the whole night. Credit to South Tama for trying to fight back into the game and push our girls,” said Pierce. At the end of the third quarter, the score was 40-25.

“It was a good challenge for us, and I think it will benefit our girls down the road as we continue to play in close games. In a night where we maybe didn’t play our best basketball, it was nice to see that our girls can take some punches and still find a way to come out on top.”

Pierce added, “I’m pleased as a coach that we can win and not be satisfied; it shows how much better we can still become.”

In closing, Coach Pierce concluded, “Again, fun to see our seniors step up and lead us as our leading scorers on the night.

Jadyn Schultz was the leading scorer with 14 points. Mary Puffett had 9, Sophie Wolf had 8, and Anna Ruffcorn added 6.

Freshman Madyson Ristvedt was able to grab 10 rebounds on the night.

These seniors continue to battle night in and night out, not always getting the outcome they would have liked, but battled just the same, making this a victory to savor.

As one parent said after the game, “A win is a win.” This is absolutely true when they have been so hard to come by.

“I got a feeling things are about to turn around for us.” – Manager Lou Brown (Major League)