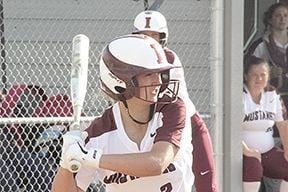 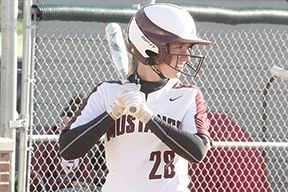 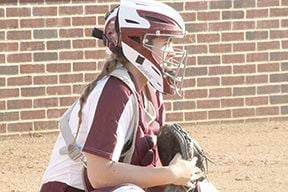 Kenzie Fischels was second-team all-conference last year and returns for her senior season.

Kenzie Fischels was second-team all-conference last year and returns for her senior season.

Our student-athletes want to return to action and we want to be able to provide opportunities for them to participate safely. We are reviewing numerous COVID-19 considerations and protocols so that a final decision can be made regarding this summer’s baseball and softball seasons.

Guiding principles for the IHSAA and IGHSAU through this process:

Governor Kim Reynolds and the Iowa Department of Education set June 1 as a deadline date for an announcement regarding the possibility of summer sports and activities at Iowa schools. The IHSAA and IGHSAU will issue a decision and further guidance following those announcements.

INDEPENDENCE – We’re a little over a week away from the start of softball season; if things go as planned, so let’s take a look at the Independence Mustangs 2020 softball team.

Independence Mustangs Softball team is under new leadership this year as Jordon Pilcher steps into some big shoes as the new head of the Mustangs softball program. She takes over for long-time coach Heather Hupke, who stepped down after last season.

Jordon Pilcher graduated from Washington High School in Cedar Rapids in 2011. After graduation, Pilcher attended Buena Vista University in Storm Lake, Iowa, where she was a four year starter on the softball team. While at Buena Vista, Pilcher was coached by Heather Hupke for three years until the Hupke family moved to Independence. After graduation in 2015, Coach Hupke contacted Pilcher about possibly coming to Independence and being on her staff. Pilcher said, “I had a very good relationship with Heather and I wanted to continue to be involved in softball which is why I decided to coach.” Jordon has been on the Independence coaching staff for the past five seasons. Pilcher added, “I learned a lot from working with Heather the last 5 seasons and we will miss having her on staff. I am looking forward to stepping into this role as the head coach and my goal is to continue and build off of the success Independence High School Softball has had.”

Pilcher works for an accounting firm here in Independence and resides in Coggon, Iowa.

Pilcher takes over the reins of a young team that will look to form its own identity after the graduation of six starters from last year’s state tournament team and the graduation of 3-time, 1st team All-State pitcher, Mackenzie Hupke. The Mustangs finished the 2019 season with a 31-12 record.

With the Mustangs loss of an all-state pitcher, this will be a huge question mark for the team going into the 2020 season. They will be very young and inexperienced on the mound with a freshman and sophomore taking up the pitching duties. Freshman Marleigh Louvar and Sophomore Shanna Kleve will step in and fill this role. Coach Pilcher acknowledges the inexperience, but also expressed that the girls are putting in a lot of hard work in the off season.

Even with the loss of six starters to graduation, the Mustangs will return 3 starters who had an exceptional year last year. Allie Jo Zieser returns for her senior year, coming off a junior year where she was 2nd Team All-State, 2nd Team All-Conference and 1st Team All-District. Zieser led the team in several offensive categories, including a .401 batting average and knocking in 28 runs. She also stole 15 bases. Allie Jo will play 1st base.

Senior Mary Puffett was Honorable Mention All-Conference in 2019 and is a mainstay at the ‘hot corner’. An exceptional defensive player that came into her own last year at the plate to become a very good hitter. If she can cut down on her strikeouts and play to contact, which I think she will, she can drive in a few more runs to help this team. Puffett batted .328 and had 21 runs batted in (RBI). She led the team with 5 triples. Puffett plans to play softball at Cornell College next year.

Kenzie Fischels; a senior backstop for the Mustangs will hold a huge leadership role this year, managing this young pitching staff. Fischels is an outstanding catcher with a rocket arm and will be counted on to help this team even more with her bat this year. Kenzie was 2nd team All-Conference and batted .304 last year with 8 doubles. Fischels is a very strong athlete and I look for her to be the power in this lineup.

“The mix of young talent and experienced returning players will allow us to build off of prior seasons success,” added Coach Pilcher.

The Mustangs play in a loaded conference that is always tough. Williamsburg returns five girls from the All-Conference teams this year including Freshman pitcher, Peyton Driscoll, who was unanimous selection as 1st team as an eighth grader. The pitching will tell the story of the 2020 season. As the pitching goes; so go the Mustangs. This is true for every team. My sources tell me NOT to over-look our young pitchers. Rumor has it, they’re pretty darn good.

Thunderstorms during the morning followed by occasional showers this afternoon. High 73F. Winds N at 10 to 15 mph. Chance of rain 90%.