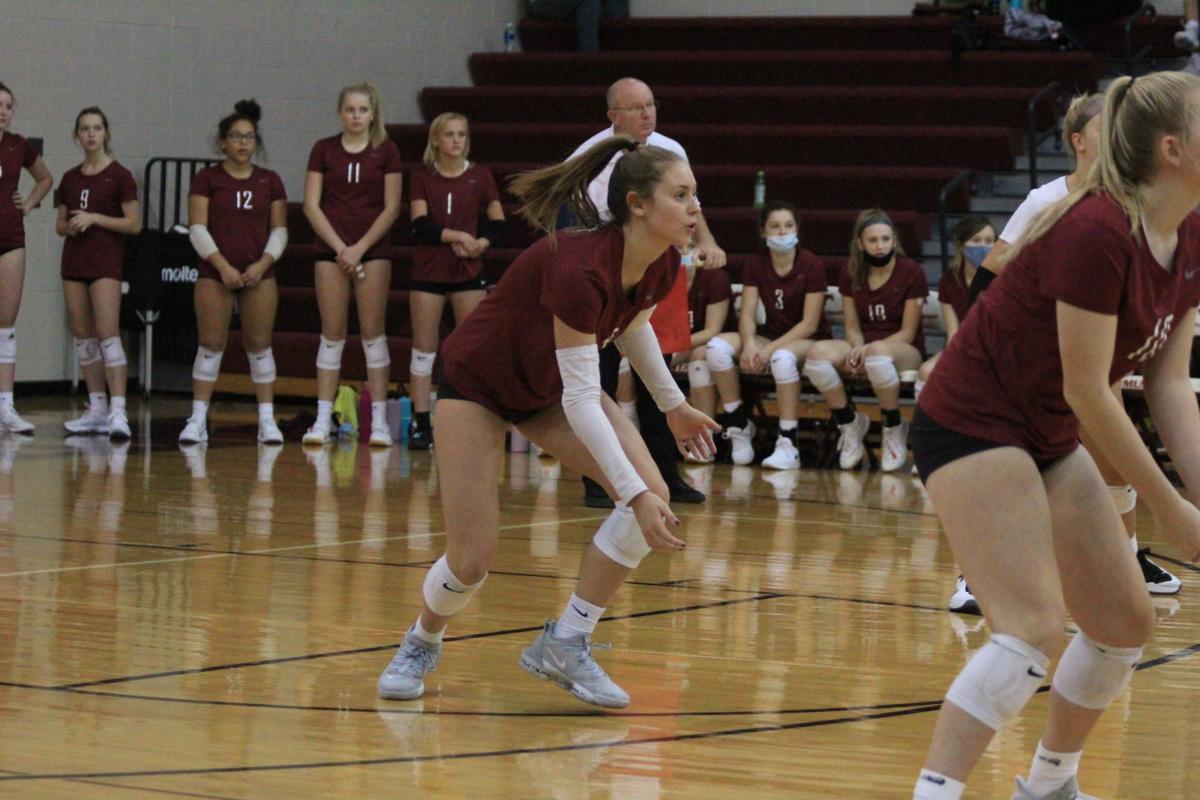 THIS is Grace Bohlken. After mistakenly labeling Grace to a Lexi Hearn photo last Wednesday, I figured I would acknowledge who Grace Bohlken is. My apologies. 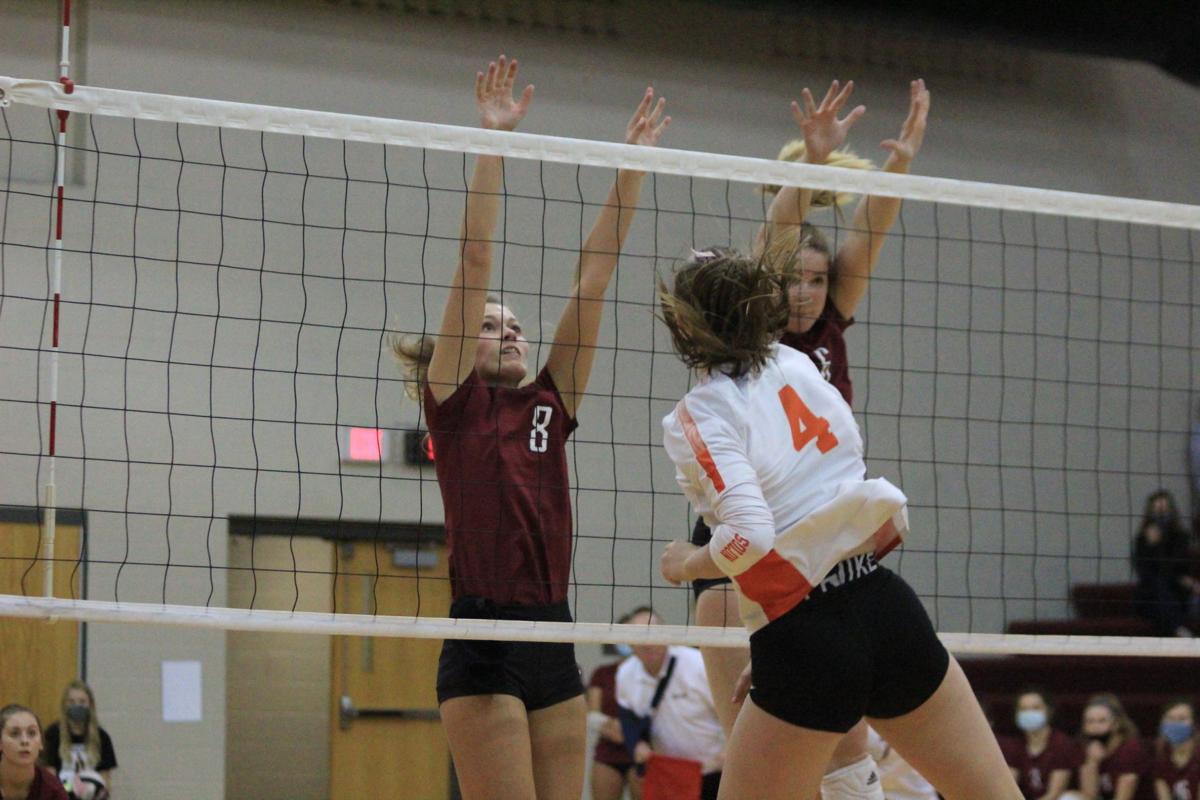 Elle Greiner (8) and Reese Martin (6) go up for a block against Solon on Thursday October 15.

THIS is Grace Bohlken. After mistakenly labeling Grace to a Lexi Hearn photo last Wednesday, I figured I would acknowledge who Grace Bohlken is. My apologies.

Elle Greiner (8) and Reese Martin (6) go up for a block against Solon on Thursday October 15.

MOUNT VERNON – The Mustangs volleyball team was in Mount Vernon on Thursday night for the second round of the WaMaC volleyball tournament. The Mustangs would win the first set in come from behind fashion, but ran out of gas in the next match against high-powered Mount Vernon.

In the first match, the Mustangs staved off the upset bid by the Solon girls and had to come from behind after losing the first set, 24-26. But the Mustangs brushed off the slow start and won the next two sets to win the match 2-1. ““It was a tough match for us,” said Head Coach Joe Schmitz, “as we knew coming in that Solon was much better then their record (16-18) and that we would have to be ready to compete.”

The Mustangs held a 23-19 lead late in the first set, but could not stop the Spartans attack and Solon would out-score the Mustangs 7-1 the rest of the way to win 26-24.

The Mustangs came right back in set number 2, with a hard fought 25-22 win to take it to the third and final set. “Solon was playing very inspired ball,” added Coach Schmitz, “and I told the girls we needed to pick up our aggressiveness and match their intensity.”

In the 3rd and deciding set, the Mustangs started fast and built a comfortable lead with a balanced offense that totaled 10 Kills. Indee would win the third set, 15-8. Coach Schmitz said, ““The girls really gutted this match out.”

Katie Henkes would come in and play very well for an injured Lexi Hearn and Grace Bohlken would dominate the final set with 7 Kills.

Coach Schmitz adds that Shanna Kleve continues to be very productive as the middle hitter. Kleve would have 6 Kills in the match with no hitting errors. Coach was also very happy with the play of Elle Greiner who would dish out 30 Assists and add 3 ace serves.

Mt. Vernon would take advantage of their substantial size advantage to control the match. “The girls just couldn’t get any real runs going against Mt. Vernon.” added Coach Schmitz, “We just didn’t have the intensity that we needed to stay in the match.”

Coach Schmitz acknowledged that the girls are tired and have been going non-stop for the past two weeks with no days off. “I think we need to recharge our batteries and come back refreshed when we host Center Point-Urbana on Monday,” said Schmitz.

Hearn battled through her shoulder pain, but it never really loosened up for her. Grace Bohlken had a great night hitting and playing back row defense. Coach Schmitz was also happy with the play of Katie Henkes and Schmitz says, “The girls will be ready to go Monday night. We know Center Point-Urbana is tough.”

The Mustangs end their regular season with a 23-7 record. They will host the first round of regional play on Monday night at 7pm. against Center Point-Urbana. The last time these two teams met, Indee would have to come back from 2 sets down to win.

Showers and thundershowers this evening will give way to steady rain overnight. Low around 35F. Winds NNW at 10 to 20 mph. Chance of rain 100%.