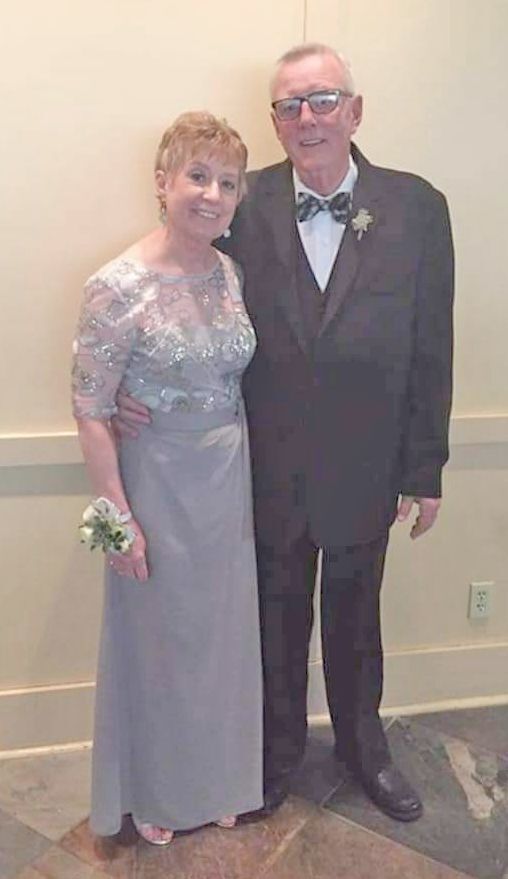 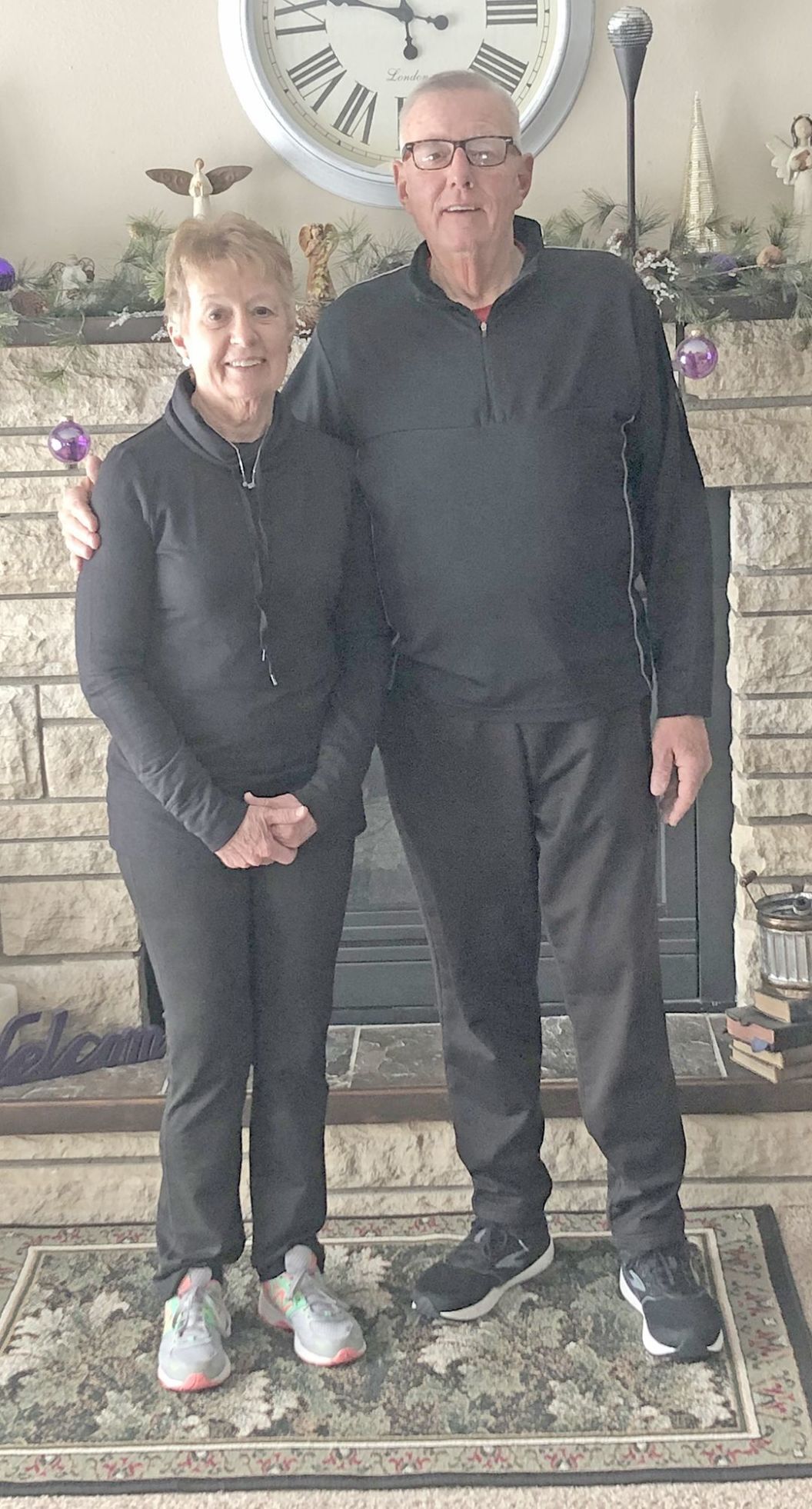 Nancy and Bill Black in their Oelwein home on Saturday, January 9. 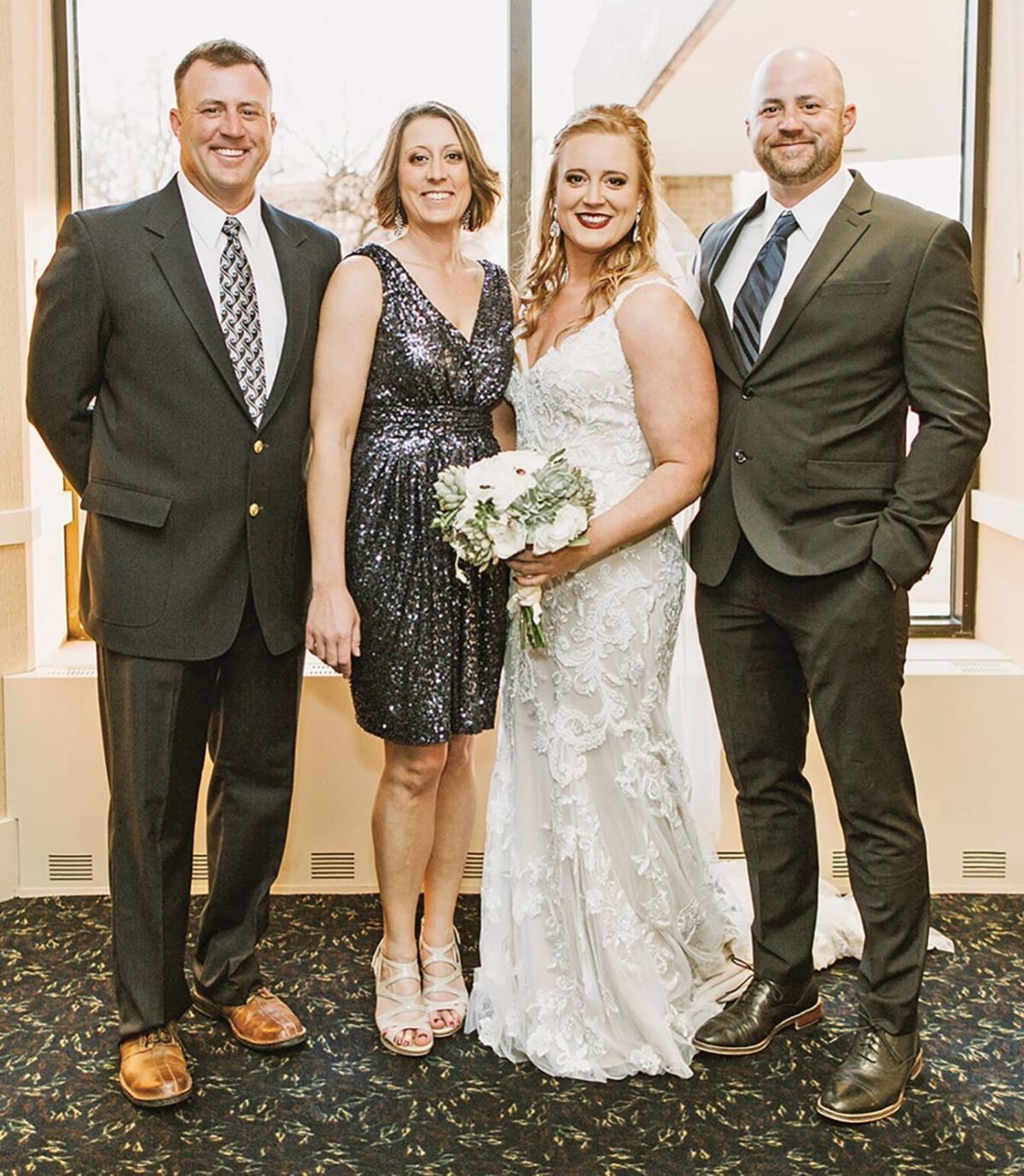 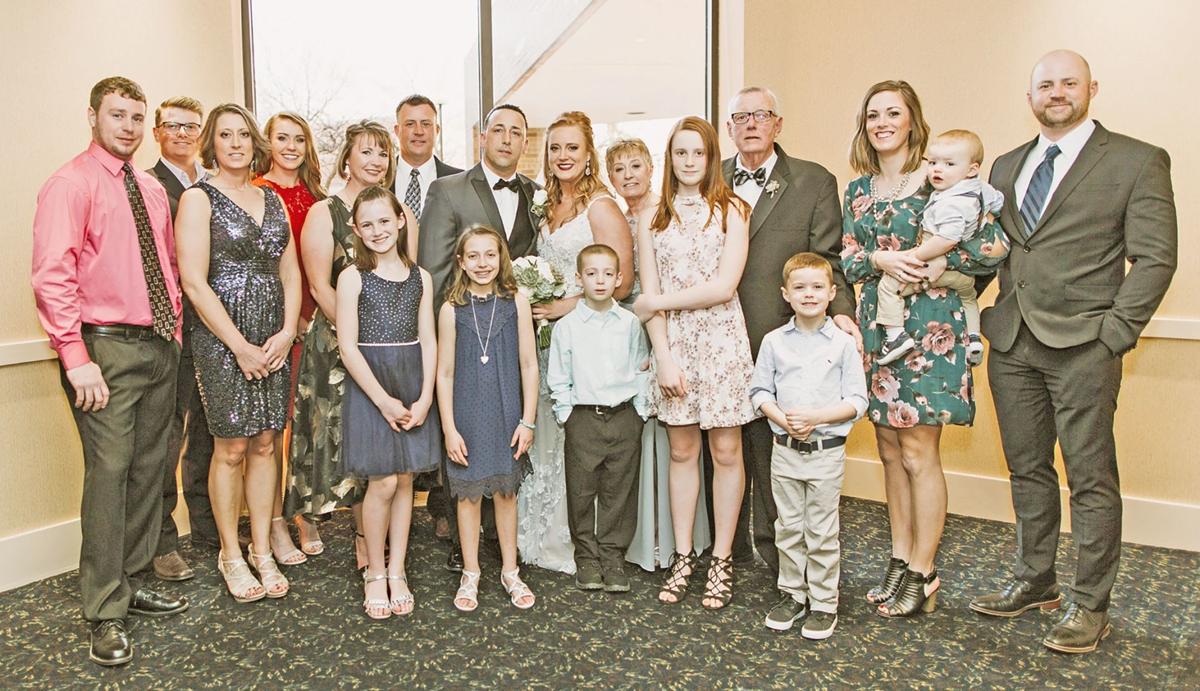 The Blacks with their children and most of their grandchildren.

Nancy and Bill Black in their Oelwein home on Saturday, January 9.

The Blacks with their children and most of their grandchildren.

OELWEIN – To long-time residents of Independence and the surrounding area, the names Bill and Nancy Black probably ring strong in your memory. Bill, an Independence native and gifted storyteller, served as pastor at Cornerstone Foursquare Church for a number of years before retiring about seven years ago. Nancy, a retired schoolteacher with an endearing smile and a loving heart, taught 3rd grade in Independence for 17 years, retiring “about five years ago.”

The Foursquare denomination has only about 2,000 churches in the U.S., and approximately 120,000 churches around the globe.

Bill and Nancy have resided in Oelwein for about 10 years now, and they marked 50 years of marriage on December 23. Their four grown children are hosting an open house to celebrate the occasion this Saturday, January 16, at Heartland Acres in Independence from 2 to 4 p.m. The public is invited.

Nancy, a native of Rock Rapids in Northwest Iowa, grew up about 7 miles from the Minnesota border and 17 miles from the South Dakota border. Her mother, Mina DeVries, who turns 96 this month, still lives there.

Nancy found her way to this part of Iowa as a teacher. After earning her degree from UNI, she took her first teaching job at Wapsie Valley as a 3rd grade teacher.

“I’ve taught or subbed every grade,” she said about her career, which includes teaching grades 1-5 in Ohio and serving as a vice principal at a private school.

After high school, Bill, who was born in Cedar Rapids and grew up in Independence, followed his dreams of being a professional baseball player to Southern California, where he spent three years. Upon his return to Iowa, he found himself pursuing his love of cars and driving for Ford Motor Racing out of Cedar Falls. However, when he got wind that Ford was pulling their sponsorship money from the organization, he considered going to UNI to finish his college degree.

Somewhere along the way, he met a Mr. Burdette, who owned Burdette Buick in the Waterloo/Cedar Falls area, and became Mr. Burdette’s employee.

“He was a gentleman in the car industry,” Bill said of Burdette. “We were very close. He kind of adopted me.”

It was through this job that the Blacks met.

“I was at the car dealership with a friend who was buying a car,” Nancy said.

Simply put, folks, it was meant to be.

Following their marriage and the arrival of the couple’s oldest child, son Chris, Bill’s faith in Christ revealed to him what he was meant to do with the rest of his life. After much prayer on his part – and Nancy’s – they found themselves on the way to Mount Vernon Bible College in Ohio.

The Blacks’ calling to serve God materialized in that state when they met a teenager named Ray House, who spent a lot of time with the couple during Bill’s seminary years.

“I met the Blacks by chance when I was 16,” Ray said in a telephone call on Monday night from his home in Ohio. “My parents were in the midst of a divorce when my father was killed in a car accident. I was in the car, too. [My siblings and] were in foster care when I met Bill.”

Ray went on to say, “I have many fond memories of the Blacks in those years and beyond…spending time with Bill watching Monday Night Football in their home, Nancy driving me to school on her way to work, helping Bill with his job on a paper delivery route, bus trips to visit them and their family when they left Ohio. I dearly love them.”

With much emotion in his voice, Ray stated emphatically, “Bill saved me, not only spiritually, he and Nancy saved my life. I was at an age where I could have made some bad decisions that would have taken my life in a totally different direction. That didn’t happen.”

“I have been married to my wife Sharon for 42 years. I am a three-time cancer survivor. We have two daughters who have made us grandparents. Bill and Nancy helped me make it possible to have this life,” Ray concluded.

Congregations Across the U.S.

Bill’s first call as a pastor was to DeKalb, Illinois [Chicago area], where he served as an associate pastor and worked with the university and high school ministry. Nancy was the Christian education director there. Three years later, the family – with the addition of second son, Josh – moved on to a Portland, Oregon, area church in Beaverton, followed by a move to Prineville in the central part of that state, where they planted a church.

“…[Prineville] took off in growth. It was a great experience,” Bill said.

Next stop for the Blacks before returning to Iowa was a church in Milwaukee.

All in all, the Blacks were part of congregations that ranged in size from a small, country church of about 80 people to large churches in the hundreds to mega churches with as many as 7,000 members.

Marty Schminkey, senior pastor at Cornerstone Foursquare Church in Independence, where the Blacks are still active, has known Bill for almost five decades. He describes Bill as “a co-pastor, of sorts. There is way too much value there [in Bill] not to tap into that.”

At Cornerstone, Nancy is on the council and serves as treasurer.

Pastor Schminkey continued, “Bill and Nancy have been friends to this community for a long time and have contributed life-giving love unconditionally. Both have given in their professional roles back to the people they call family.”

During his ministry here in Iowa, Bill served as president of the Buchanan County Ministerial Association for 15 or 16 years. He was also superintendent of approximately nine churches in Northeast Iowa.

The jewels in the lives of Bill and Nancy are their children and grandchildren. They are the proud parents of two sons and two daughters, and grandparents to eight.

Oldest child Chris and his wife Jennifer are parents to daughter Makenzie, who is married to Ian Tucker. Next in line is son Josh and his wife Megan, who have four children – Payten, Madlyn, William, and Benjamin. Sarah Lewis, the Blacks’ oldest daughter, has two children, daughter Grace and son Hayden. The youngest Black child is Anna. She and her husband Matt Rogers have one daughter, Sofia.

Local realtor Angie Andersen, a friend of the Blacks, is effervescent in her affection for Bill and Nancy.

“Congratulations on 50 years, Bill and Nancy. I love you both!

Watching Bill and Nancy, you learn that marriage is an amazing blessing from God. I have been blessed to have them in my life for guidance and being Godly examples of what a marriage should look like. I will never forget the lessons Bill gave me about his marriage early on.

“In short…you guys are absolutely amazing, and I love you both.”

In retirement, Bill and Nancy enjoy playing golf, following their grandchildren’s pursuits, and traveling to visit their children. Bill indulges in woodworking, while Nancy’s other hobbies include reading and antiquing.

Some clouds this evening will give way to mainly clear skies overnight. Low 6F. W winds at 15 to 25 mph, decreasing to 5 to 10 mph.