You are the owner of this article.
Edit Article Add New Article
You have permission to edit this article.
Edit
Welcome, Guest
Home
COVID-19
News
Sports
Obits
Lifestyle
Multimedia
Classifieds
Marketplace
Share This
1 of 7 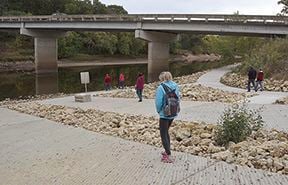 After the speeches, visitors walked around the new ramps and trail. 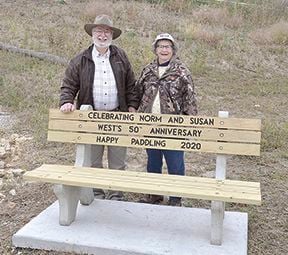 Norm and Susan West were honored by friends with a bench located at the ramp. 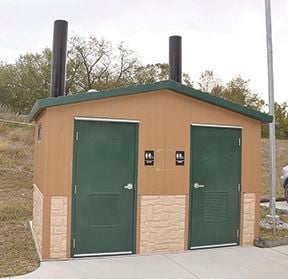 The new latrine was a welcome addition to the site plan. 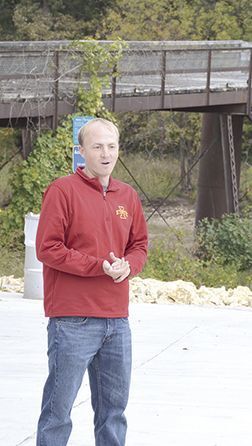 Nate Hoogeveen of the Iowa DNR Rivers program praised the project and the cooperation among the county departments working together. 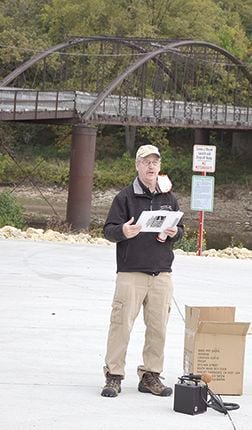 After the speeches, visitors walked around the new ramps and trail.

Norm and Susan West were honored by friends with a bench located at the ramp.

The new latrine was a welcome addition to the site plan.

Nate Hoogeveen of the Iowa DNR Rivers program praised the project and the cooperation among the county departments working together.

The “Old Iron Bridge” has been a Wapsipinicon River landmark since it was built in 1820 originally in two spans for Main Street traffic in Independence. In 1891, it was disassembled and one span was relocated downstream to its present location near Nolan Avenue. It was known as the “Taylor’s Ford” bridge for decades as it carried vehicular traffic until 1996. In 1998, it was placed on the National Registry of Historical Places.

Also in 1996, the existing narrow ramp and small gravel parking area were acquired by the Buchanan County Conservation Board (BCCB).

BCCB Director Dan Cohen has been sharing project updates since July 2019. Construction began on the new ramp and parking areas in August 2019. At the October 3 dedication, he reiterated some of the history and justification for the project.

According to Cohen, “During the past 20 years, use of Iron Bridge Access greatly increased, largely due to the explosion in popularity of kayaking and other types of paddling activities. The diversity of users also increased to include more families and people of all ages, physical needs, and boating abilities. The old ramp and parking facilities were not adequate to meet demand for safe and enjoyable water access.

The new “universal launch” provides an improved standard boat ramp and launch for a variety of boats. The upstream launch is for typical use by various boats. The downstream launch provides a staging area for children and adults who find it difficult to get into a boat from a standard launch. This may include people who have low mobility or a disability. Vehicles can back down the drop-off ramp to unload people and gear. Boats can launch from the standard ramp and then pull up to the drop-off launch to load people and gear. Paddlers can launch or exit from this ramp. In addition to the ramps and launches, the parking area is greatly expanded and paved.”

- Paved trails to provide ease of access between parking, restroom, and launch areas, and to the woodland trails in the Guy Grover Timber and Tree Plantings.

- Recognizing the need for improved safety on busy Nolen Avenue, Buchanan County Supervisors and Secondary Roads helped develop an area of additional parking along the wildlife area so people no longer will park on or cross the busy gravel road.

After Cohen’s introduction of the project, he acknowledged several of the stakeholders in attendance.

Buchanan County Supervisor Clayton Ohrt came forward and spoke about how the area will improve the “quality of life” for recreators, whether the are boating, fishing, hunting, or hiking.

Buchanan County Supervisor Gary Gissel then stepped forward and gave his praise for the project.

Cohen then introduced county engineer Brian Keierleber, who introduced assistant engineer Alex Davis. Davis reviewed the design aspects of the project – the traffic flow of the ramp and parking, the safety of the new parking area across Nolen Avenue and the connecting trail, and the new latrine. Even the granite stones lining the parking areas had history. They came from the old 190th Street iron bridge abutments. The chisel marks from when they were quarried are still visible.

Nate Hoogeveen if the Iowa DNR Rivers program spoke next. He lauded the beautiful setting and the cooperation of the county departments working toward the common goal.

“You are really lucky to have the Wapsipinicon,” he said. “Buchanan County is special to work with.…We will use this project as an example statewide as how to get things done. I’m extremely proud to be a part of this project.”

- Ronnie Wolfe, business owner and member of the TriRivers Waterfowlers

After the program, people were invited to walk the new paved trails to check out access facilities and the surrounding area. A hike led by BCCB Naturalist Sondra Cabell went through the adjacent Guy Grover Timber.