You are the owner of this article.
Edit Article Add New Article
You have permission to edit this article.
Edit
Welcome, Guest
Home
COVID-19
News
Sports
Obits
Lifestyle
Multimedia
Classifieds
Marketplace
Share This
1 of 10 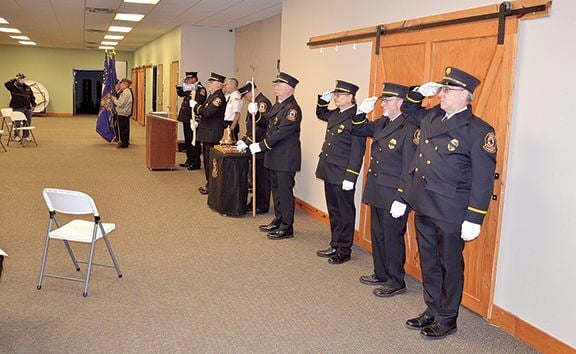 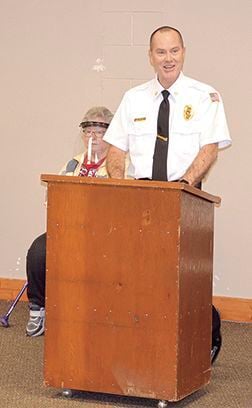 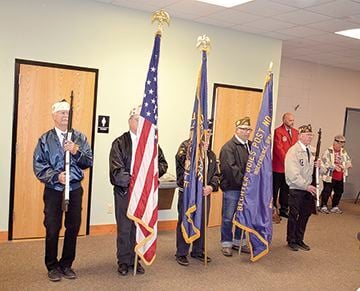 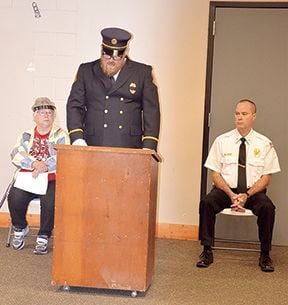 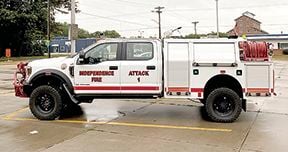 Above: Attack 1, the newest vehicle for the Independence Fire Department. 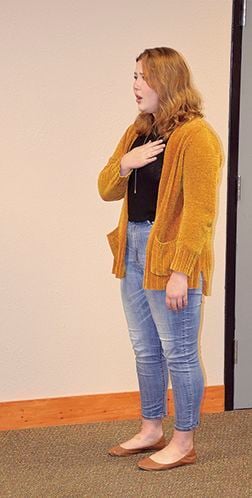 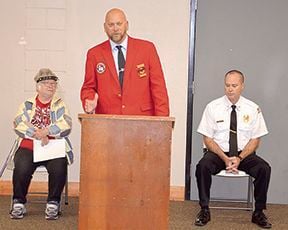 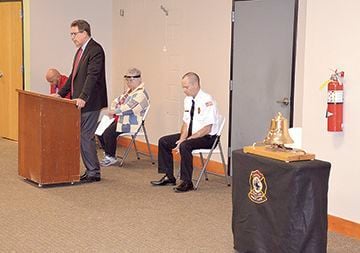 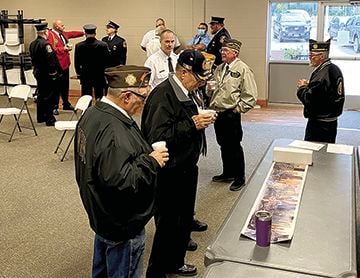 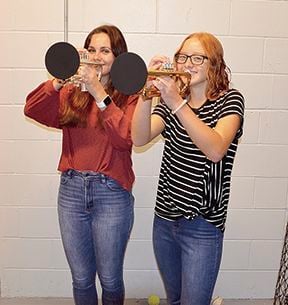 Above: Attack 1, the newest vehicle for the Independence Fire Department.

INDEPENDENCE – A remembrance ceremony of the 19th anniversary of the September 11, 2001, terrorist attacks on America was held Friday at River’sEDGE Sports & Fitness.

The program honored those who perished at the World Trade Center, the Pentagon, and aboard Flight 93 near Shanksville, Pennsylvania.

- An opening prayer by Pastor Lance Fricke of Triumphant Church.

- The Presentation of the Colors by an Honor Guard of local veterans.

- A recitation of the Pledge of Allegiance led by Chief Newton.

- The signing of the National Anthem by Michaela Reed.

Riley began his remarks by giving a little history lesson of organized firefighting, from Emperor Augustus in 24 BC, then jumping to the founding of the Independence Fire Department in the 1850s. He then asked if anyone in the room could readily recall what they were doing 10 days ago at 9:45 a.m. (Silence.) He then asked if they could remember 19 years ago where they were on September 11, 2001. (Nods of recognition).

He recited the horrifying numbers – 2,977 deaths in the buildings and on the flights. Among those who perished were 343 New York City firefighters, 23 New York City police officers, and 37 Port Authority officers. He also brought up the 111 deaths in the two decades since that are attributed to exposure to dangerous materials in battling or cleaning up the sites. He said the single most useful thing the public could easily do would be to donate baby wipes to the local fire departments. Firefights use them after a fire to clean the carcinogens from their equipment, personal gear, and bodies.

He said that there have been significant changes due to 9/11, including international building codes, improvements in interagency communications, and other firefighting equipment.

The text of the ceremony included:

“The fire service is rich with ceremony, custom, and tradition. Our custom of rendering final honors has its origins in the fire department of the city of New York, where many years ago, long before the advent of radios or pagers, fire alarms and daily announcements were dispatched from central headquarters to outlying firehouses by a system of bell commands and telegraph.

“Each different type of alarm or announcement would have its own number and series of bell strikes. When a firefighter died in the line of duty or when some important official or personage died, headquarters would transmit five bell strikes, repeated in four series, with a slight pause between each series, followed by the announcement. This was done as long ago as 1865 in the New Your City Fire Department to inform the rank and file of the death of Abraham Lincoln.

“The custom has continued down to the present day and this form of rendering final honors to departed comrades.”

After the Four Fives ceremony, trumpeters Peyton Kohrs (an ICSD senior) and Brooklyn Williamson (an ICSD sophomore) played Taps. While Miss Kohrs was visible, Miss Williamson was unseen and played the echo from the next room.

At the end of the program, Chief Newton thanked the participants and attendees. Pastor Fricke closed with prayer.

Partly cloudy this evening with more clouds for overnight. Low 19F. Winds NW at 5 to 10 mph.

Partly cloudy this evening with more clouds for overnight. Low 19F. Winds NW at 5 to 10 mph.