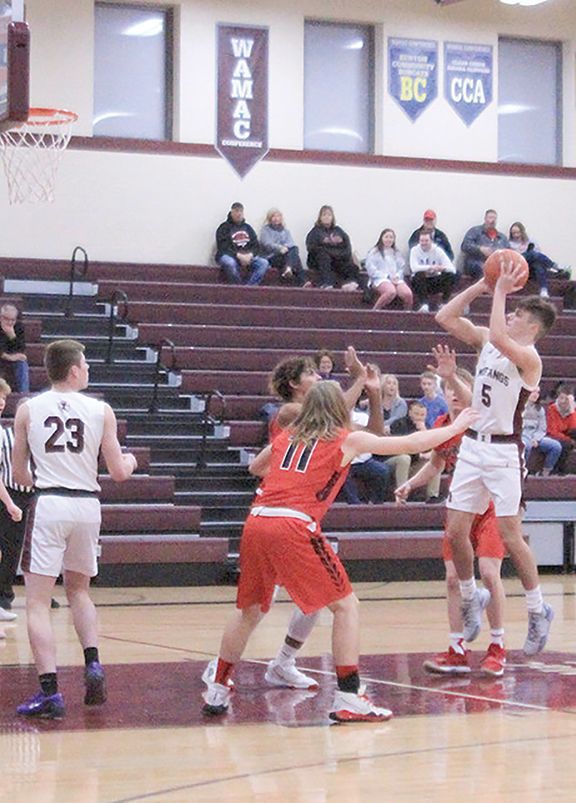 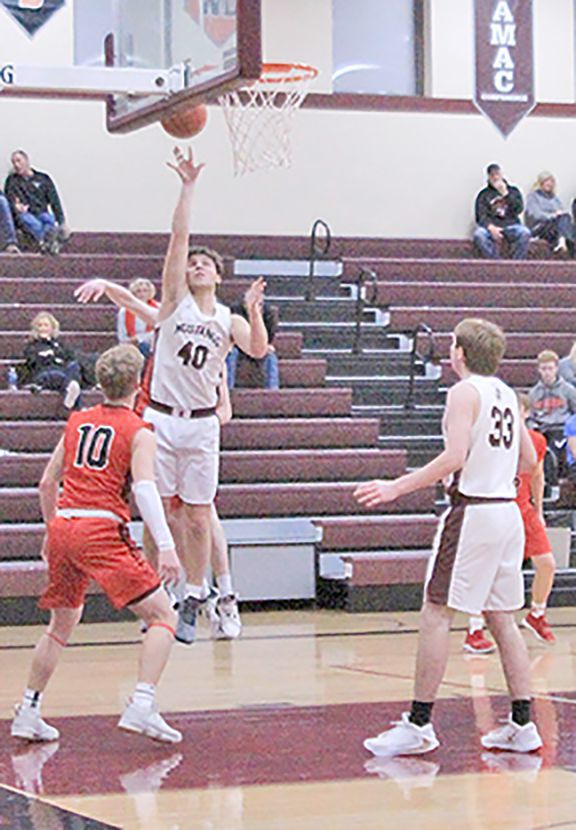 Jesse Ludwig with the easy basket.

Jesse Ludwig with the easy basket.

INDEPENDENCE – The Independence Mustang boys’ basketball team hosted the Williamsburg Raiders (11-6) Tuesday night in a battle of WaMac West foes. Williamsburg won this one going away by a score of 68-31.

The Mustangs came out in the first quarter with a lot of energy and went toe-to-toe with the Raiders. Independence trailed by 2 after one period. Then the shooting woes that the Mustangs have been experiencing reared its ugly head.

Head Coach Chad Beatty said, “We continue to struggle shooting the ball. Shooting a basketball is like getting in a batting cage. You can’t just pick up a ball or bat at practice each week and expect quality results. Repetitions create confidence and success.”

Putting the ball in the basket continued to be a problem in the second half for the Mustangs.

“When you are a team who struggles to score, defending, rebounding, and valuing the ball become so important. In the WaMaC [conference], if you don’t have all five players on the floor doing those three things, unfortunately the scores we’ve been experiencing will continue,” Beatty added.

Independence trailed 45-24 at the end of the third frame. Williamsburg poured it on in the fourth quarter, outscoring the Mustangs by 16.

The final score was Raiders 68, Mustangs 31.

Coach Beatty continued, “More frustrating to us within the program is how we can’t consistently execute out-of-bounds plays and sets that we’ve been running since day one or week one of practice. Our focus is obviously elsewhere currently and that has to change for us to compete down the stretch.”

“It is a challenge to stay motivated when you only have four wins currently during a long season, but I hope Friday and Monday will bring us some much-needed success at the varsity level,” stated Coach Beatty.

He concluded, “I give the guys credit. I feel we finally had some accountability and leadership show its head in the locker room last night. It’s a start in the right direction, in my opinion, to hopefully mend some chemistry and execution issues we have going on. I’m gonna continue to grind, teach, and repeat the little things in hopes our retainage improves. If we do that, we can get shots in the flow of sets and out-of-bounds plays as commonly scorers and shooters who are in rhythm and expecting where their shot is coming from will shoot a higher percentage”

The Independence boys will be back on the hardwood Friday night when they travel to Benton Community (6-10). Stats were not readily available at press time, but check out bulletinjournal.com for scores.

The Mustangs will then host South Tama on Monday night (moved from Tuesday) in their home gym.

The freshmen continue to improve each week under Coach Bryce Ridgon.

“Their coachability and wiliness to buy into what he says has allowed them to be competitive in most all of their contests. He has been an upgrade for our program, is loyal, coaches what we believe in, and the kids respect him. It’s obvious,” said Beatty.

The sophomores got another quality win, too.

“Their wiliness to compete, rebound, and share the ball has been a consistent theme throughout the season,” Beatty added.

The sophomores and a few freshmen will travel to Jesup for a round robin on Saturday morning with Dunkerton and Jesup.

Showers early, becoming a steady rain later in the day. Morning high of 50F with temps falling to near 35. SW winds shifting to NNW at 10 to 20 mph. Chance of rain 80%. Rainfall around a quarter of an inch.