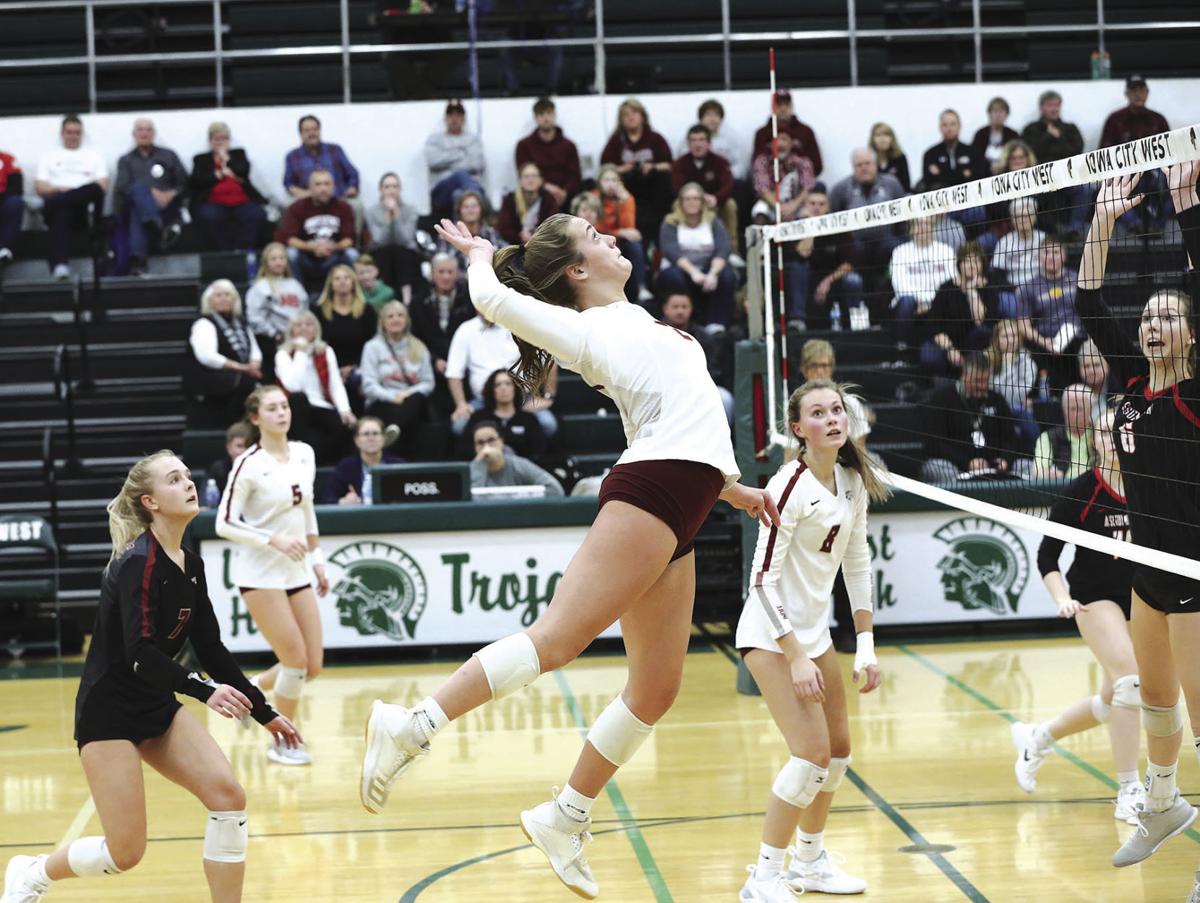 Alexis Hearn winds up for a spike in the Mustangs regional final match against Davenport Assumption. She recorded eight kills in Monday’s loss. 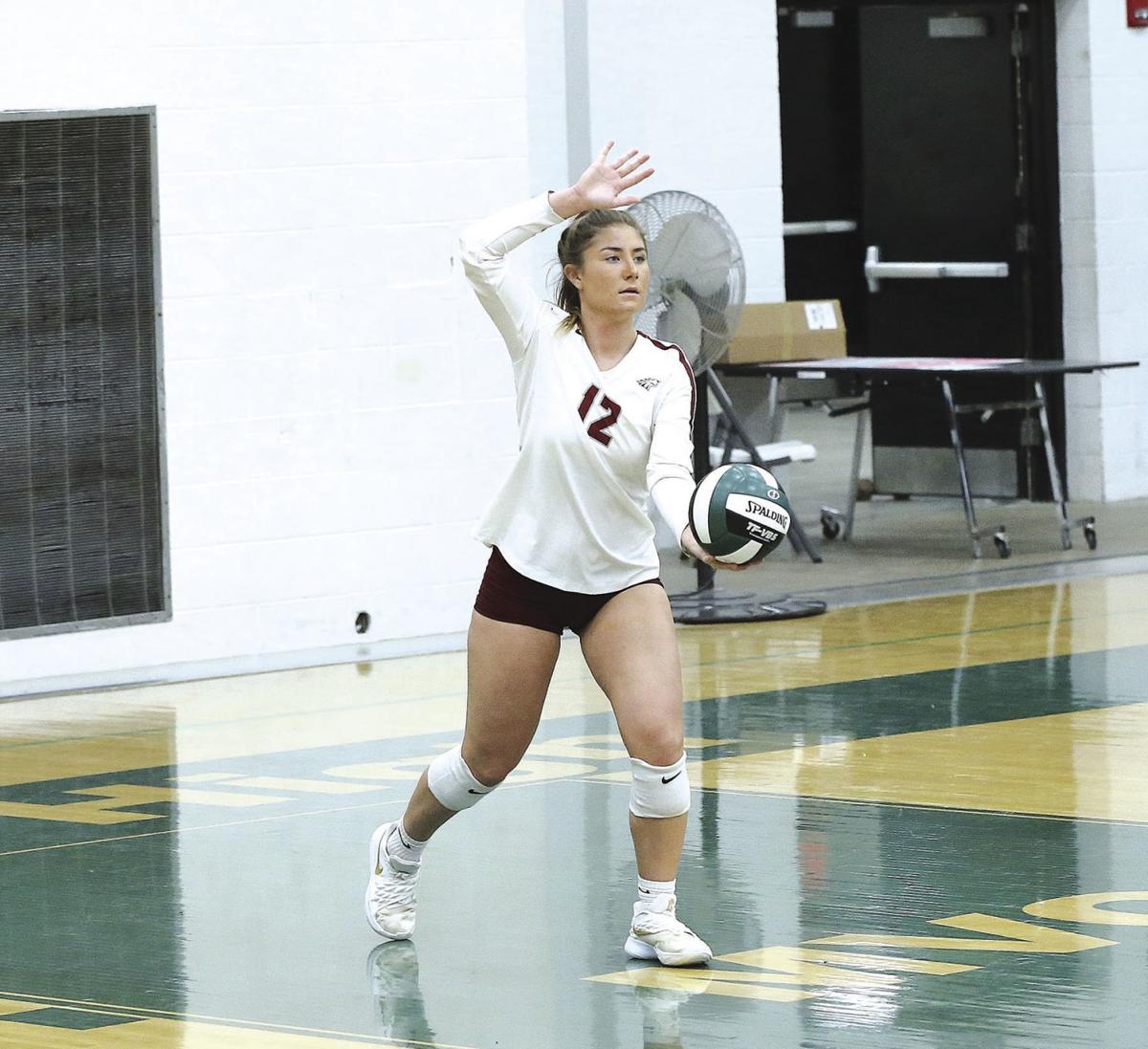 Lainie Butters serving for Independence against Davenport Assumption in the regional final on Monday. She had two kills, one assist, 13 digs and two blocks in the Mustangs loss.

Alexis Hearn winds up for a spike in the Mustangs regional final match against Davenport Assumption. She recorded eight kills in Monday’s loss.

Lainie Butters serving for Independence against Davenport Assumption in the regional final on Monday. She had two kills, one assist, 13 digs and two blocks in the Mustangs loss.

IOWA CITY – The Independence Mustangs saw their season come to an end as they lost to No. 1 ranked Davenport Assumption in the Class 3A, Region 6 regional volleyball final on Monday at Iowa City West High School.

“Assumption did a great job defensively tonight on us,” said Independence head coach Joe Schmitz. “A real key of the match was their serve receive passing. They did a great job controlling our serves and were able to stay in system almost the entire match.”

The first match was close, but Davenport Assumption took a commanding lead to win it. The Mustangs held a 14-12 lead in the second set, but the Knights went on a 9-0 run to reverse Independence’s momentum. The Knights would take an early lead in the third and final match as Independence was unable to keep up.

Schmitz said the Knights were able to start runs in each of the three sets to break open close games.

“Assumption is a very balanced team, they have a number of very good hitters, but I was really impressed by their floor defense,” Schmitz said. “That being said, I am very proud of all that our team has accomplished this season … many people thought we would be rebuilding this year, after heavy graduation losses off last year’s state-qualifying team. The girls really battled hard all year and should be proud of all their accomplishments.”

This was the final game for seniors Lainie Butters and Allie Jo Zieser. Schmitz said they have contributed a lot to the program.

“Lainie Butters was a four-year starter for us and has done so much for our program,” Schmitz said. “This year, she played all the way around and even did some setting for us when Elle Greiner was out with a thumb injury. Allie Jo Zieser is a three-year starter and also had a fantastic career with the Mustangs. Zieser was a two-time Second Team All-Conference performer.”

Independence finishes the season with a 29-12 record and shared the WAMAC Western Division title with Clear Creek-Amana and Center Point-Urbana this year.

The Mustangs will return five starters to their team next season; Beatty, Grace Bohlken, Greiner, Hearn and Martin.

“The future looks bright for our volleyball program,” Schmitz said. “I would also like to thank Jess Conklin, Suzi Grover, Karlie Niedert, Allie Sorg, Danielle Clark and Alyssa Hawkins for all their help coaching this season. All my coaches did a great job and were so important to our success.”