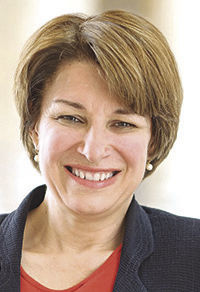 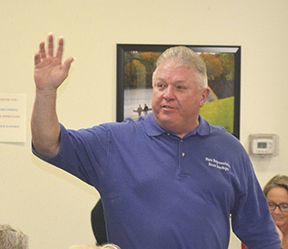 Iowa Rep. Bruce Bearinger, D-Oelwein, announced on Tuesday that he endorses U.S. Sen. Amy Klobuchar for president. She is one of more than a dozen candidates seeking the Democratic nomination.

Bearinger, who has represented House District 64 since 2013, cited Klobuchar’s achievements in the Senate and bipartisan track record in announcing his support.

“Amy Klobuchar’s track record of legislative success in Washington and electoral success in Minnesota is unmatched in the Democratic field,” Bearinger said in a news release issued Tuesday. “Amy understands that to win in 2020, and for the next president to govern successfully, our party has to reach out to voters who felt overlooked in 2016, particularly in rural America.

“I believe her common-sense agenda — particularly on issues such as health care, education and agriculture — will resonate with a majority of Iowans and voters across the country. I’m proud to support her campaign and look forward to caucusing for her in February.”

To date, Klobuchar has the support of more current and former Iowa legislators than any other candidate in the field, according to the news release. She recently visited her 68th of the state’s 99 counties and is set to make her 25th visit to the state later this week.

Klobuchar has made campaign stops in Independence and Oelwein. This Saturday, former Vice President Joe Biden will make his first visit to Oelwein this campaign season. He’s scheduled to be at the American Legion Post for a 10:45 a.m. event.

Showers this morning, becoming a steady rain during the afternoon hours. Some sleet or freezing rain possible. Morning high of 49F with temps falling to near freezing. Winds NW at 10 to 20 mph. Chance of rain 90%. Rainfall around a quarter of an inch.