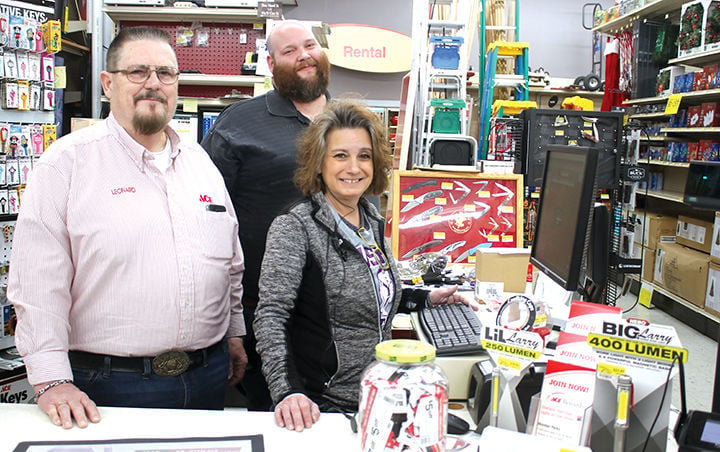 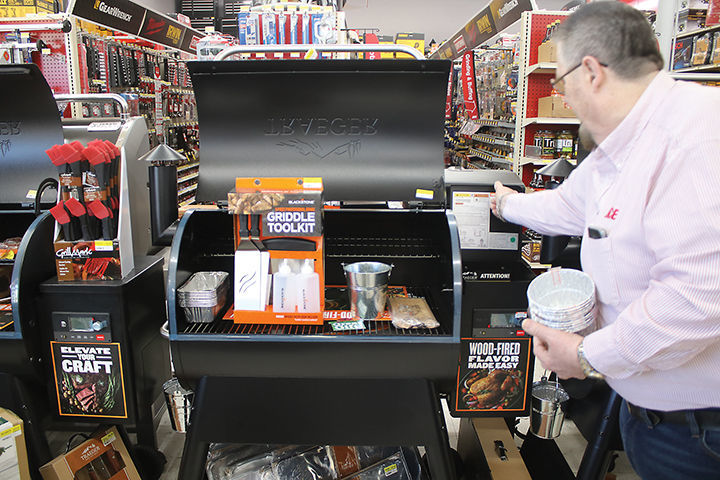 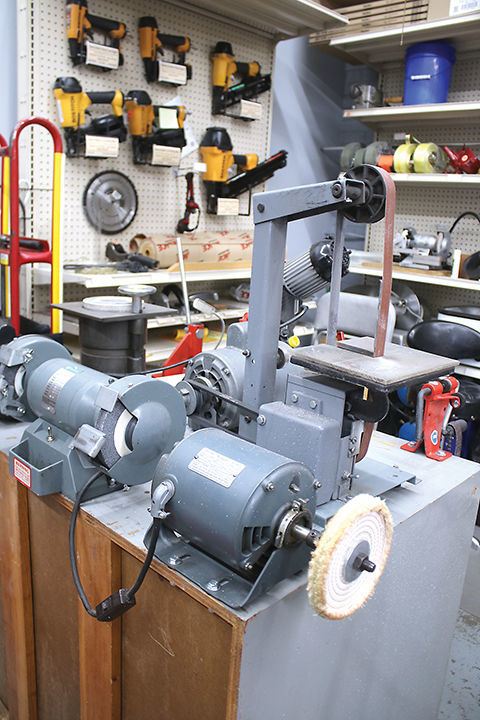 This machine in the back shop at Oelwein Ace Hardware sharpens metal such as chainsaws, knives and scissors.

This machine in the back shop at Oelwein Ace Hardware sharpens metal such as chainsaws, knives and scissors.

In more than three decades serving the community, Oelwein Ace Hardware has apparently been doing right by its customers. Long enough providing staple items, and they have become one.

Owner Joe Fink is “deeply humbled” to report that customers have rewarded the store with five consecutive years of record sales growth.

Beyond a clean, friendly environment, this means finding out what the customer wants and making it happen, General Manager Leonard Kaster said. If not, it’s making it right on attempt two.

The store changed its name from Hardware Hank to Ace Hardware in 1991 when it moved up the street from the former Snyder drugstore at 30 N. Frederick Ave., where it opened in 1986, to the former Ben Franklin and Woolworth’s at 20 and 22. N. Frederick, which offered space for not only the store but also rentals, storage and a loading dock. Current owner Joe Fink and his father Les Fink completely remodeled their new space at the time of the move.

“We are always adding new products to meet the needs of our customers,” said Office Manager Kevin Cook.

Often it’s a consumer good or rental item from the store’s inventory of more than 27,000 different items, or one of more than 80,000 items warehoused through Ace Hardware distribution. With the warehouse, next day delivery is available at no additional charge using “customer priority ordering.”

Their small shop repairs have netted stories of satisfied customers. When Kaster, a retired electrician, rewired an antique lamp from a customer’s sister-in-law’s estate, the happy customer doubled the modest charge with a tip.

“We go the extra yard, open doors for the customer, take everything out if it’s heavy at all,” Kaster said.

“We have an elderly lady who buys four, 40-pound bags of bird seed a week, and we always load them up for her,” Kaster said. “She must have a ton of birds.”

“And when we don’t have compliments we take note and try to resolve issues as they arise so they don’t happen again,” he said.

Rentals come with education no matter whether it’s a new rental because it improves not just customer satisfaction but also the life of the rental item, said Kaster, the rental manager. Popular rentals include drain augers, carpet steam-cleaners, yardwork implements and a variety of handheld tools.

Displays change seasonally. A dozen grills now stand back-to-back in the center aisle toward the front of the store. These include a grill and restaurant-sized-griddle combo and the top-of-the-line WiFi-temperature-controlled smart grill that allows for that slow-smoked flavor without having to babysit the appliance. Traeger and Weber grill purchases over $400 qualify for free delivery and assembly.

Toward the back, bookending the merchandising aisle are snow shovels and salt.

The computer system, and camera system for theft prevention, have also been improved.

Staff also refer customers to other local businesses according to areas of expertise, and they receive the same courtesy from other local businesses. For instance, Ace receives referrals for window fixtures, but passes on car key requests, which require an electronic fob, to the dealership.

The store’s two resident cats, Kitty and Hobo, are paid in room and board.

Snow. Winds will increase during the afternoon. Areas of blowing snow. High 24F. Winds SE at 20 to 30 mph. Chance of snow 100%. Snow accumulating 3 to 5 inches.