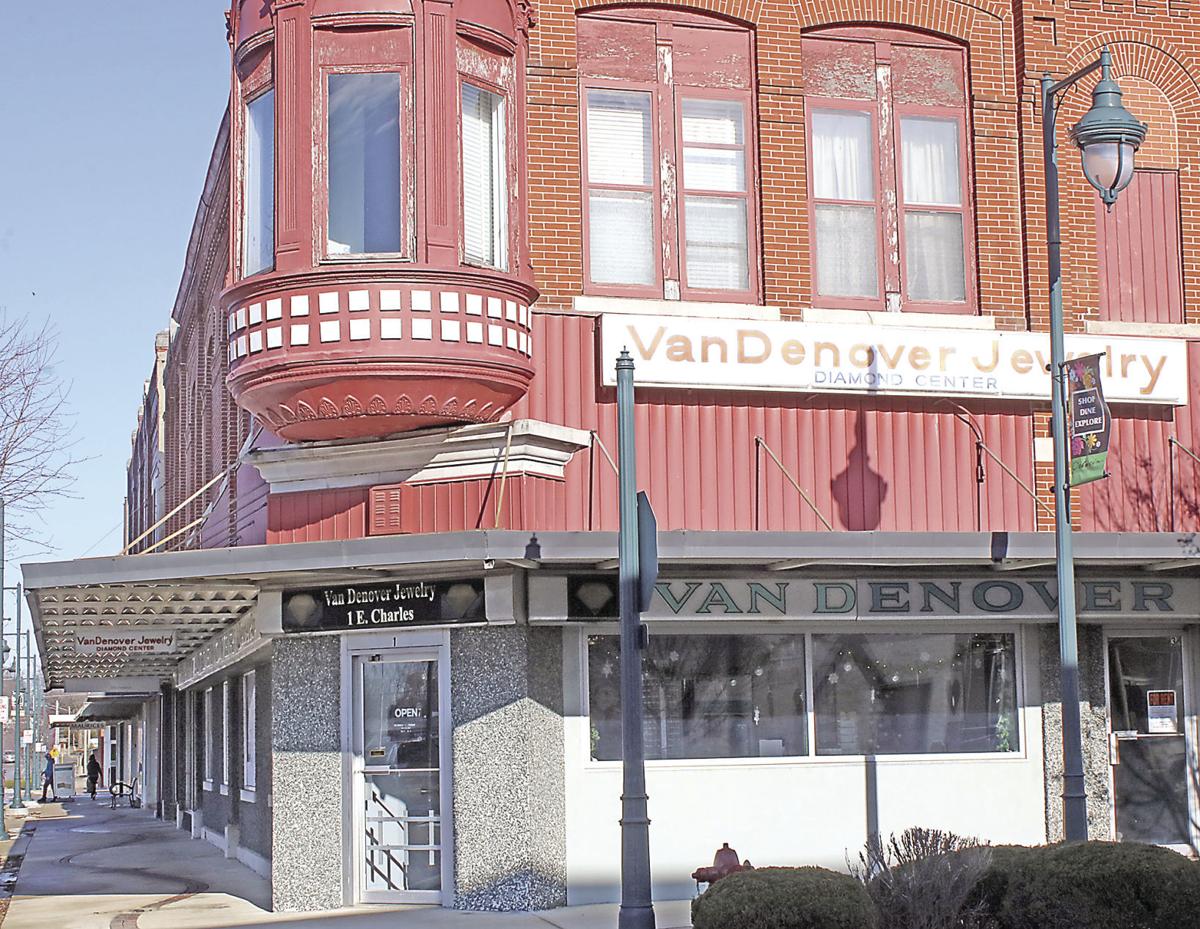 Van Denover Jewelry has occupied 1 E. Charles St. since Jim and Ruth Van Denover opened it in 1962. Their grandson, Chad Benter, along with family and friends, remodeled the interior in 2019. 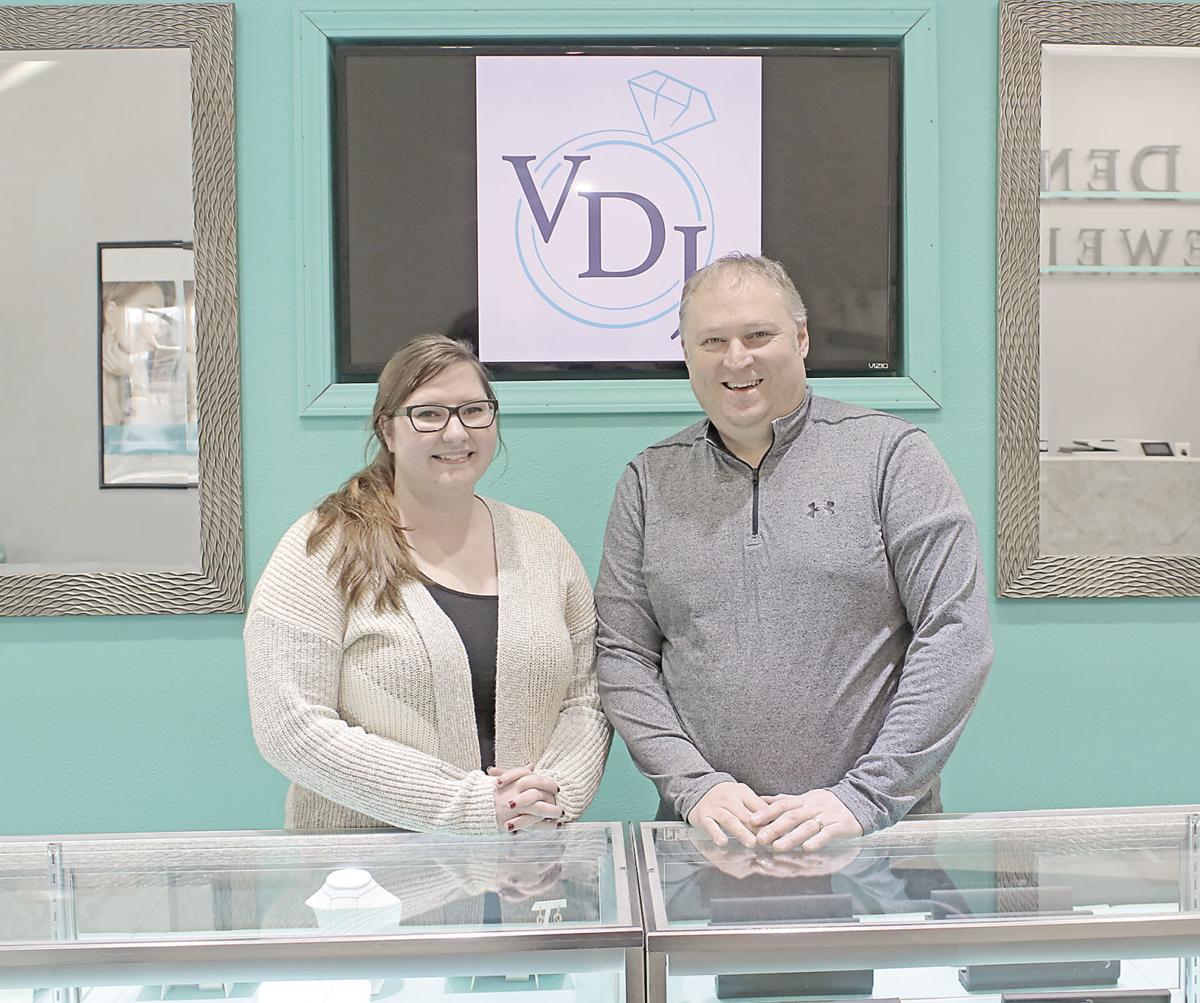 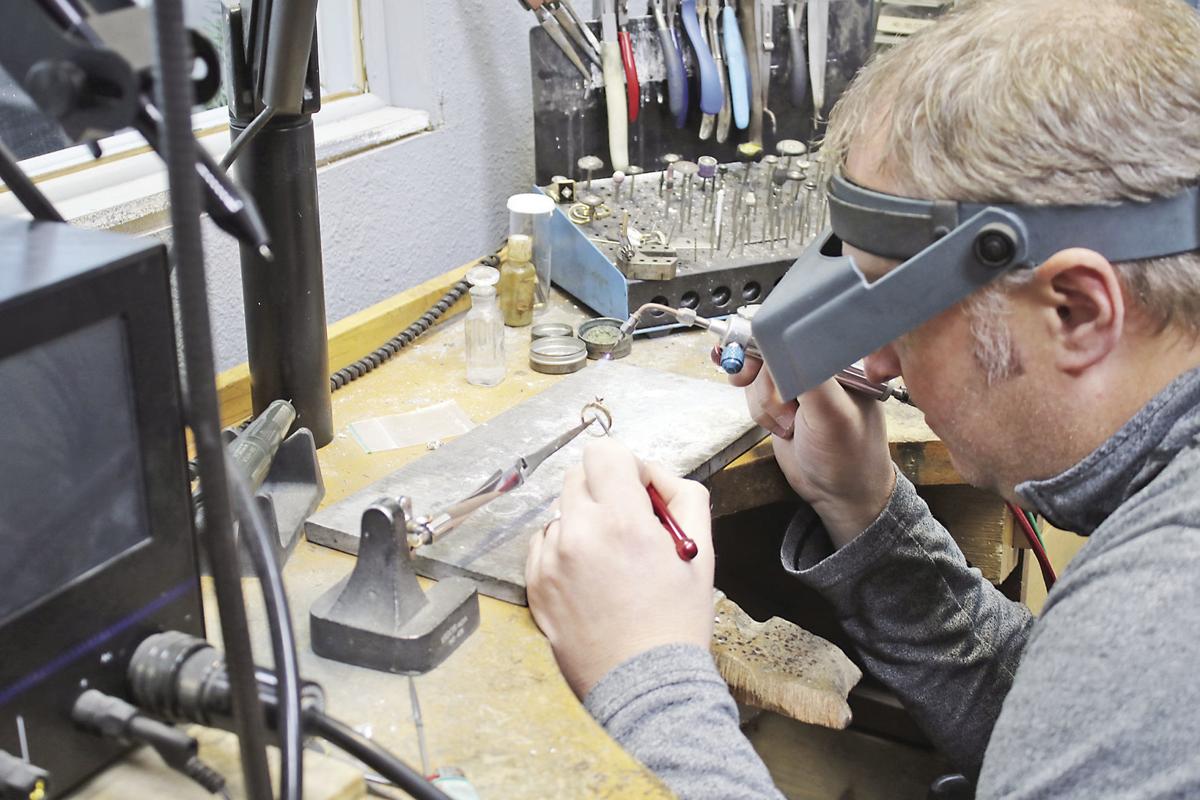 Van Denover Jewelry owner Chad Benter welds a ring at the downtown Oelwein store. “Our [in-house] repair business has helped us through the worst times in the world,” he said.

Van Denover Jewelry has occupied 1 E. Charles St. since Jim and Ruth Van Denover opened it in 1962. Their grandson, Chad Benter, along with family and friends, remodeled the interior in 2019.

Van Denover Jewelry owner Chad Benter welds a ring at the downtown Oelwein store. “Our [in-house] repair business has helped us through the worst times in the world,” he said.

diamond fell out. Proper maintenance will prevent 90 percent of it.”

Benter’s grandparents, Jim and Ruth Van Denover, established Van Denover Jewelry in 1962. Jim and a friend remodeled after a deadly tornado ripped through Oelwein in May 1968. The wood paneling wall was painted white and the floor was covered in red carpet.

Chad’s parents, Dean and Linda Benter, bought the store from them in 1988. They left well enough alone in the home store.

“Nothing really had to change,” Chad Benter said.

They also ventured into other locations, one at a time, opening a store in Independence in the 1980s. A year and a half after Chad came to work for them, they opened the Grinnell store in 1995. That was open for six years, until 2001. It took six to eight months to prepare the store in Pella, which he managed for 17 years beginning in 2002. It was in Pella where he met his wife, Tammy.

Last year they pared down to the Oelwein store, and invested in remodeling it.

“Jewelry stores in general are expensive, a lot of inventory,” Benter said.

Starting last March, he and Tammy remained open for business as they and friends remodeled the store. He put in some 80-hour weeks, working until 1 or 2 a.m.

Out came the three chandeliers, some with a couple dozen incandescent bulbs.

“We’re saving a lot on electricity with the proper lighting,” Benter said.

In went dark gray wood style flooring, drywall, some newer jewelry cases from the store in Grinnell and two dark gray upholstered chairs near the back counter. The accent wall that holds the establishment year, 1962, got a coat of light teal paint and a flat-screen TV display to recirculate advertising.

Remodeling concluded in November. They showed off the fresh look by hosting a ladies’ discount night that month. More than 40 attended.

There’s more new than the facelift, however.

“We’ve changed a lot through marketing and computers,” Benter said. A new point-of-sale system allows for saving photos of purchased items and “likes” that customers write down.

Then a wish list can be sent to their spouse.

“We know [gift shopping] is really hard for guys,” Benter said. “We have a nice mix of price points.”

Benter has brought in seven different suppliers since coming to town, which he bills as seven of the top 10 trendiest in the nation.

Four days before Christmas, for example, he sold out of the Frederic Duclos, a line of simple, sterling silver designs without gemstones that “can be worn with a decent blouse and a pair of jeans.”

He plans to adjust its inventory upward this year.

He has revamped the bridal and engagement lines.

“There’s a lot in the case I would consider the next generation of bridal trends,” Benter said.

“Smaller towns like this, I don’t ever want anybody to have the same ring.”

Rain and snow this morning changing to rain late. Some mixed winter precipitation possible. High near 35F. Winds SE at 10 to 20 mph. Chance of precip 80%. Snow accumulating 1 to 3 inches.