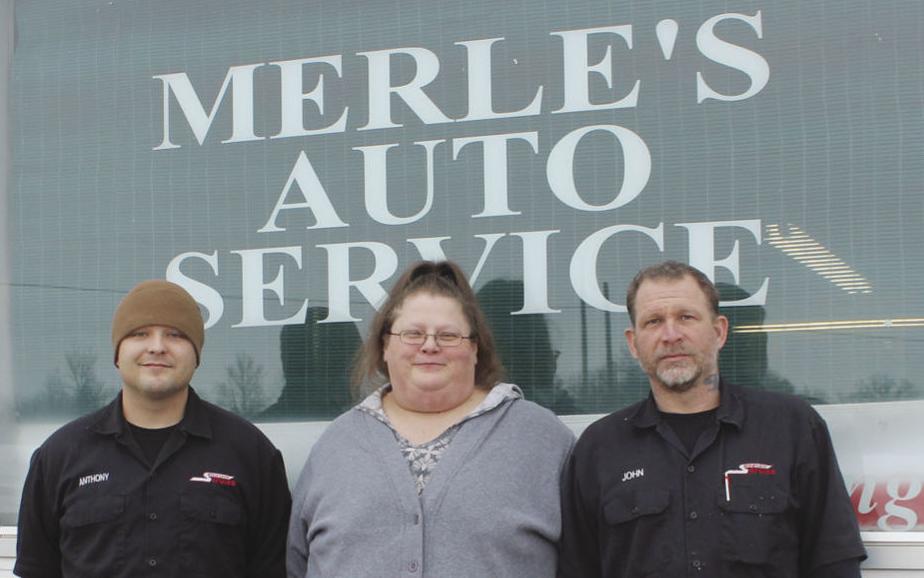 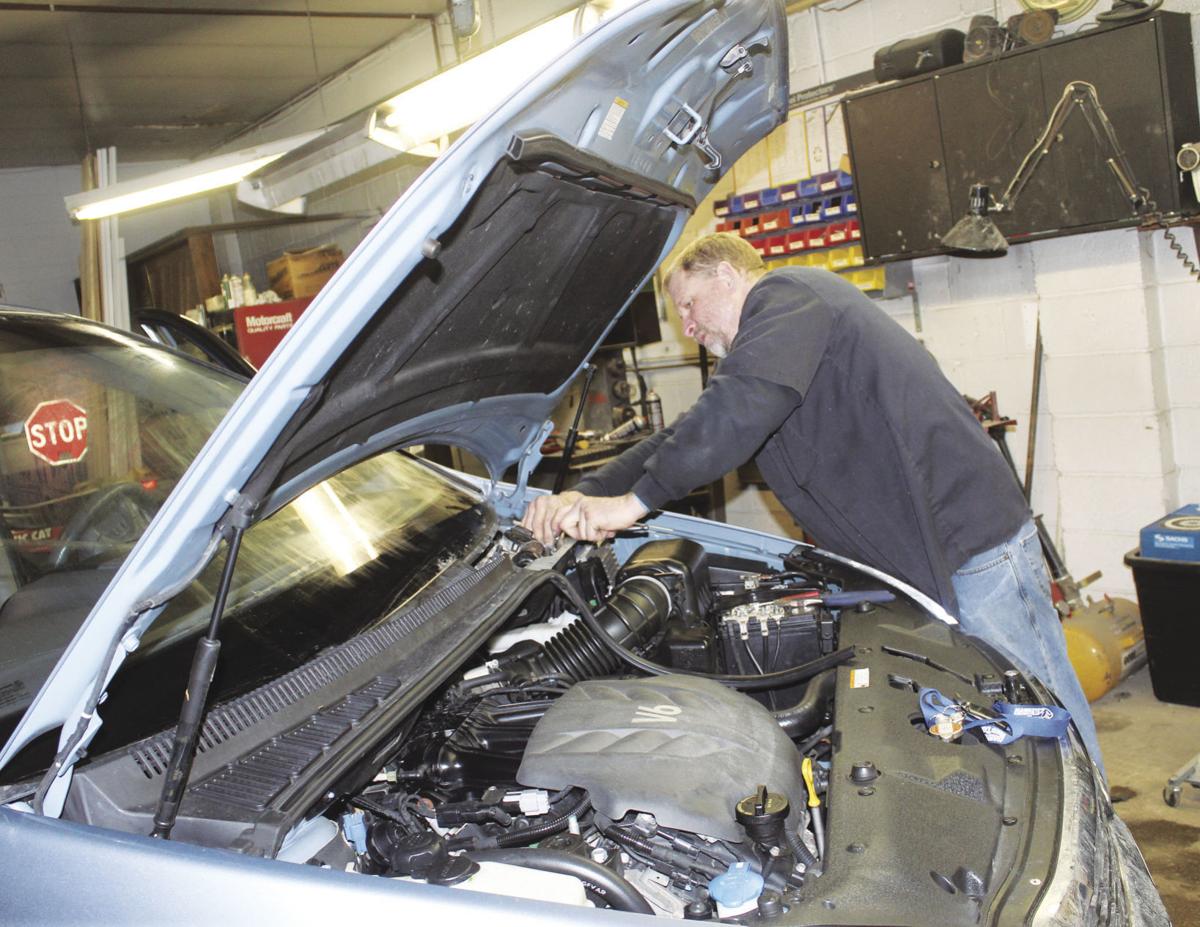 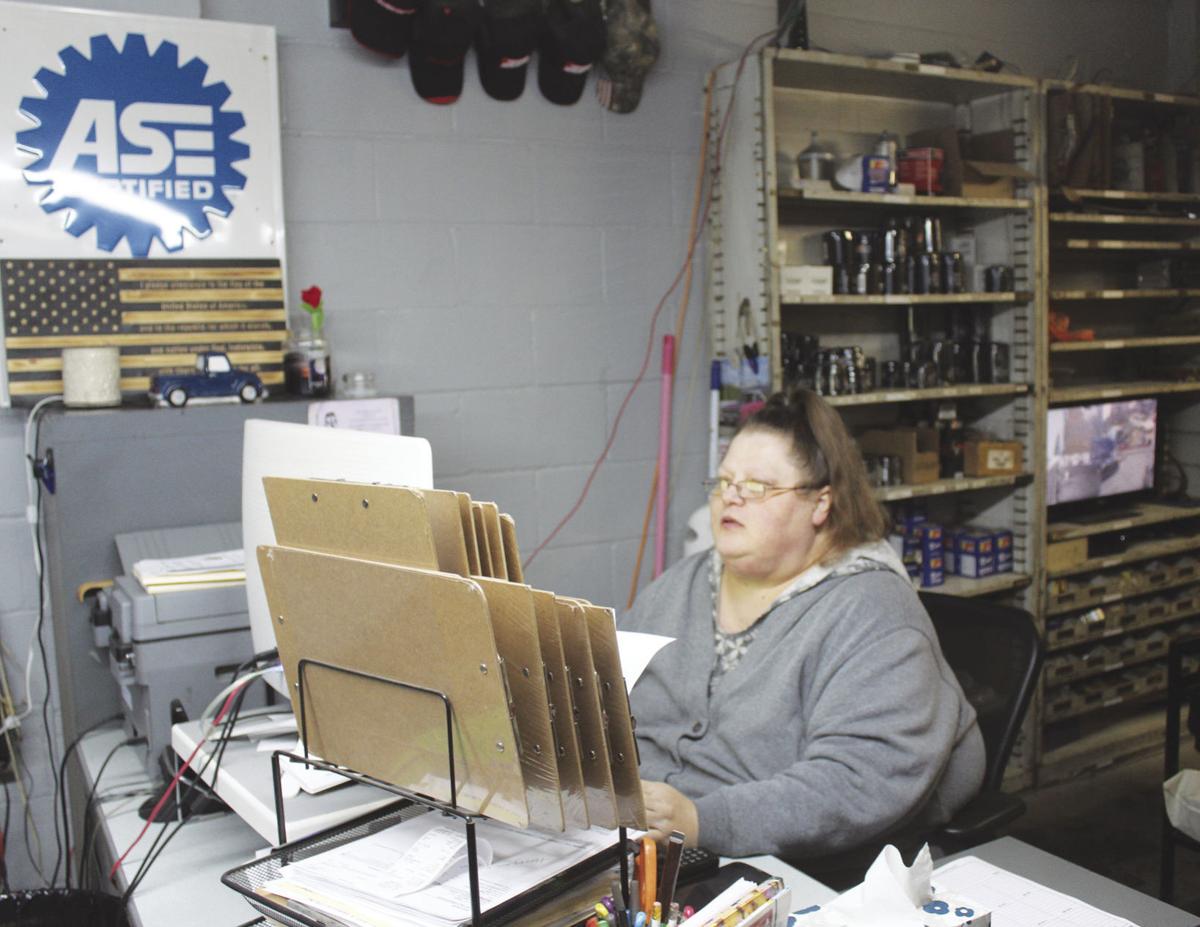 With a name like Merle’s Auto Service, it might appear obvious what the business does for the community — general maintenance and repair of automobiles and roadside assistance such as battery jumps and towing.

Reading online reviews for the shop at 113 First St. SW in Oelwein, it becomes clear they also assist local law enforcement. In addition to aiding stranded motorists, they help clear paths for the snowplows and remove damaged vehicles from crash sites.

“All emergency calls come to my cellphone,” said office assistant Kasi Maakestad of calls patched to the shop, “and I dispatch them from there.”

“A car I got was leaned up against a power pole,” said manager Anthony Bamford. “I had to figure out how to remove the car without knocking over the power pole. It was fun. I find fun in challenge. Especially getting cars out without damaging the cars further.”

Towing is often his favorite aspect of the auto service thanks to the gratitude from customers in need. Most people only have one car, he said, so when it goes down they can get stressed.

“We go out, get them on the road, and they’re thankful. It feels good,” he said.

Bamford graduated from the Oelwein Alternative Center in 2008 to enlist early in the Marine Corps. After six years in the Corps, he worked in law enforcement and was attending college in California studying piloting when he got a call from his father, John Bamford.

“Pops asked if I would want to help run the business,” Anthony said. His father had purchased it from founder Merle Smith’s second generation owners, Dana and Diane Smith in 2017.

“I committed and I came.”

Anthony Bamford recalled how his initial move to Iowa as a child made an impression on him.

“I’m from Sacramento, California,” he said, at least he was until his elementary and middle school years when his father came to Oelwein. “I had never experienced when you drive down the highway, people waving to you.”

He was quick to get involved with the community when he returned. In his first month back, he became a “red coater” by joining the ambassadors for the Oelwein Chamber and Area Development. He enjoys being able to welcome businesses to the community.

The business has also donated materials to the schools and prizes to raffles.

Then, last Halloween, Merle’s Auto and volunteers set up a haunted house in an adjacent, recently vacated storefront.

The Bamfords took over ownership of Merle’s in 2017 and kept the name for continuity’s sake.

The shop’s mechanic is John Long.

The business also offers vehicle pickup at the workplace and a 10% discount to several groups of employees, including the public sector — veterans, Oelwein School District employees, all law enforcement — and Flint Hills Resources employees.

“If the businesses thrive, the community thrives,” Bamford said.

A stray shower or thunderstorm is possible early. Some clouds this morning will give way to generally sunny skies for the afternoon. High 78F. Winds NNW at 10 to 15 mph.

Sunshine along with some cloudy intervals. High 84F. Winds WNW at 5 to 10 mph.