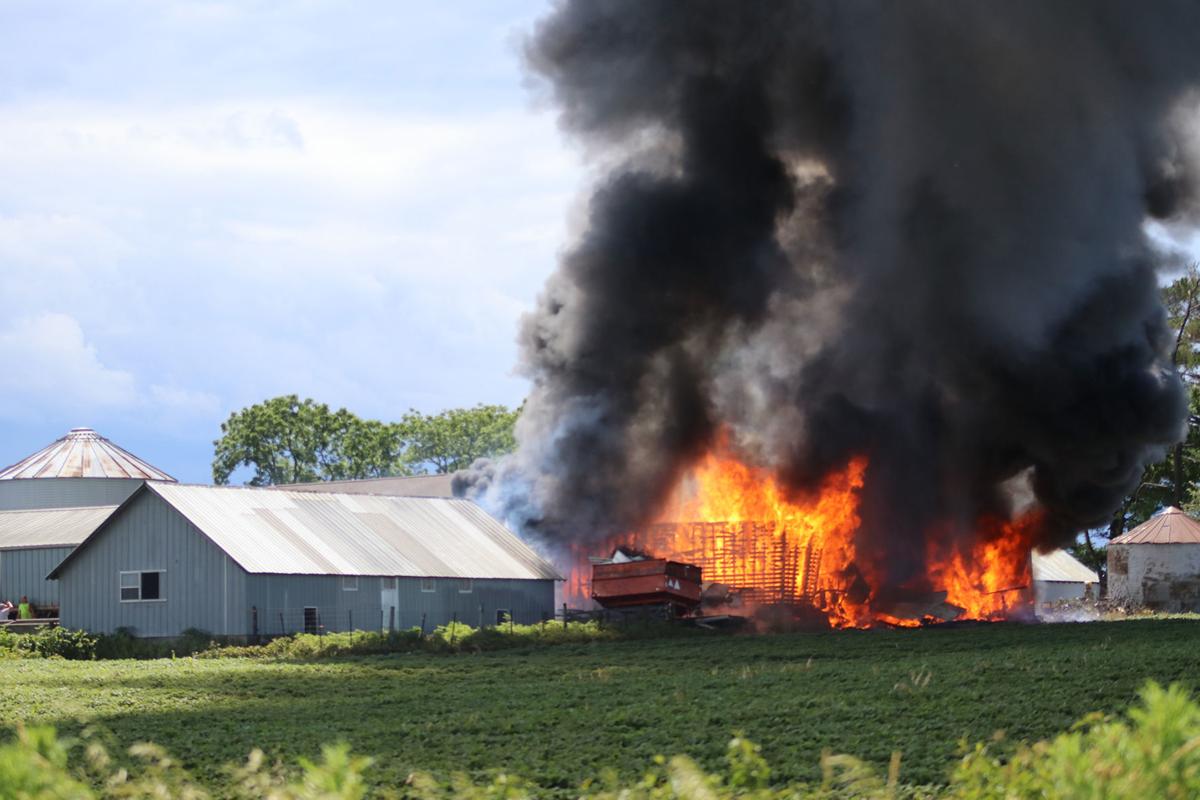 Smoke from a fire at a farm northeast of Maynard could be seen for miles Wednesday afternoon. 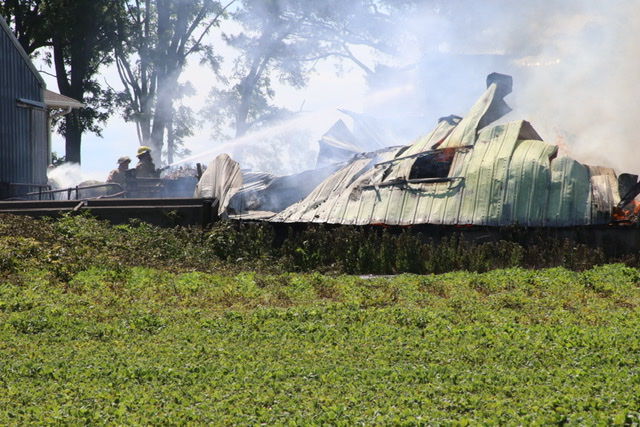 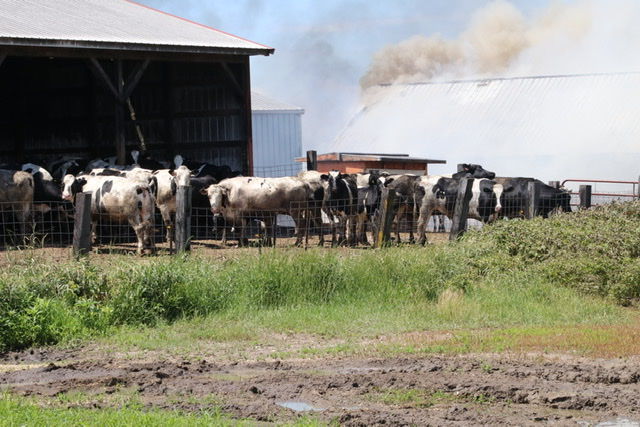 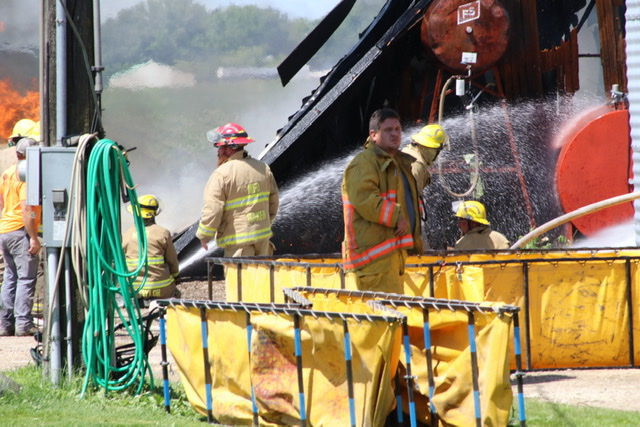 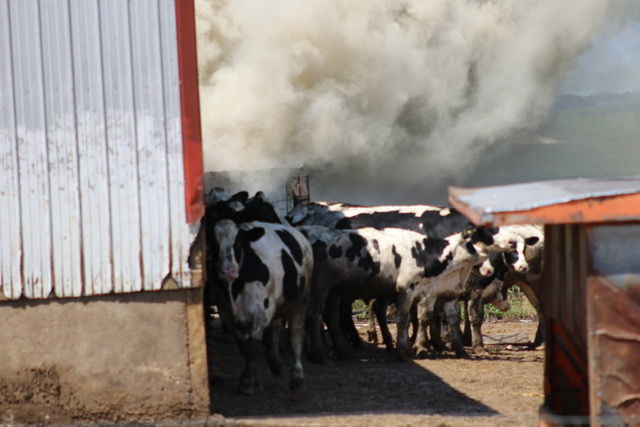 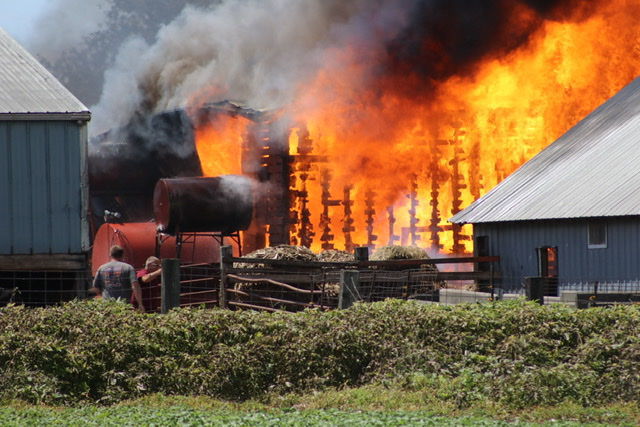 A firefighter keeps a hose trained on fuel tanks next to a farm building collapsed by fire Wednesday near Maynard.

Fire Departments from at least Oelwein, Westgate and Maynard responded to a structure fire at a farm near the intersection of P Avenue and 110th Street northwest of Maynard Wednesday afternoon. Three farm structures appeared to be destroyed. Westgate and Oelwein ambulances stood by at the scene. Further information was unavailable by press time.

Smoke from a fire at a farm northeast of Maynard could be seen for miles Wednesday afternoon.

A 911 call was received at the Fayette County Sheriff's Office at about 2 p.m.No injuries were reported.

According to the Maynard Fire Department, when firefighters arrived at the farm near the intersection of P Avenue and 110th Street a machine shed was fully engulfed in flames and there were four fuel tanks next to it that just recently had been filled up. The fire spread to a hay shed filled with corn stalk bales and hay bales. Both buildings were destroyed.

Heat from the fire damaged the house on the property and  there was also considerable damage to all of the equipment inside of the building, all considered a total loss.

The fire crews set up mobile  lagoons at the farm and shuttled water in tankers from the Maynard Fire Department to extinguish the flames.

Partly cloudy skies in the morning will give way to cloudy skies during the afternoon. High 52F. Winds light and variable.