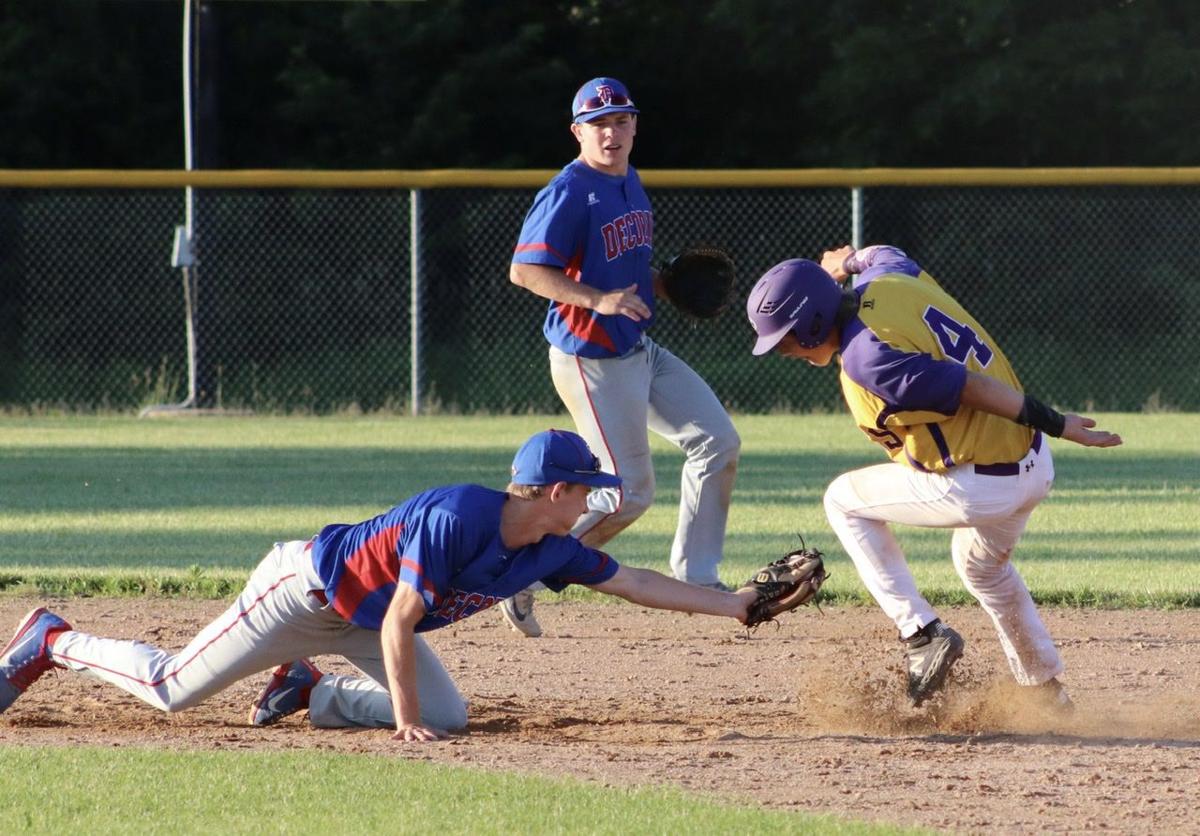 Oelwein's Carsen Jeanes avoids a tag as he steals second in the first inning of the second game of Friday's home doubleheader against Decorah. 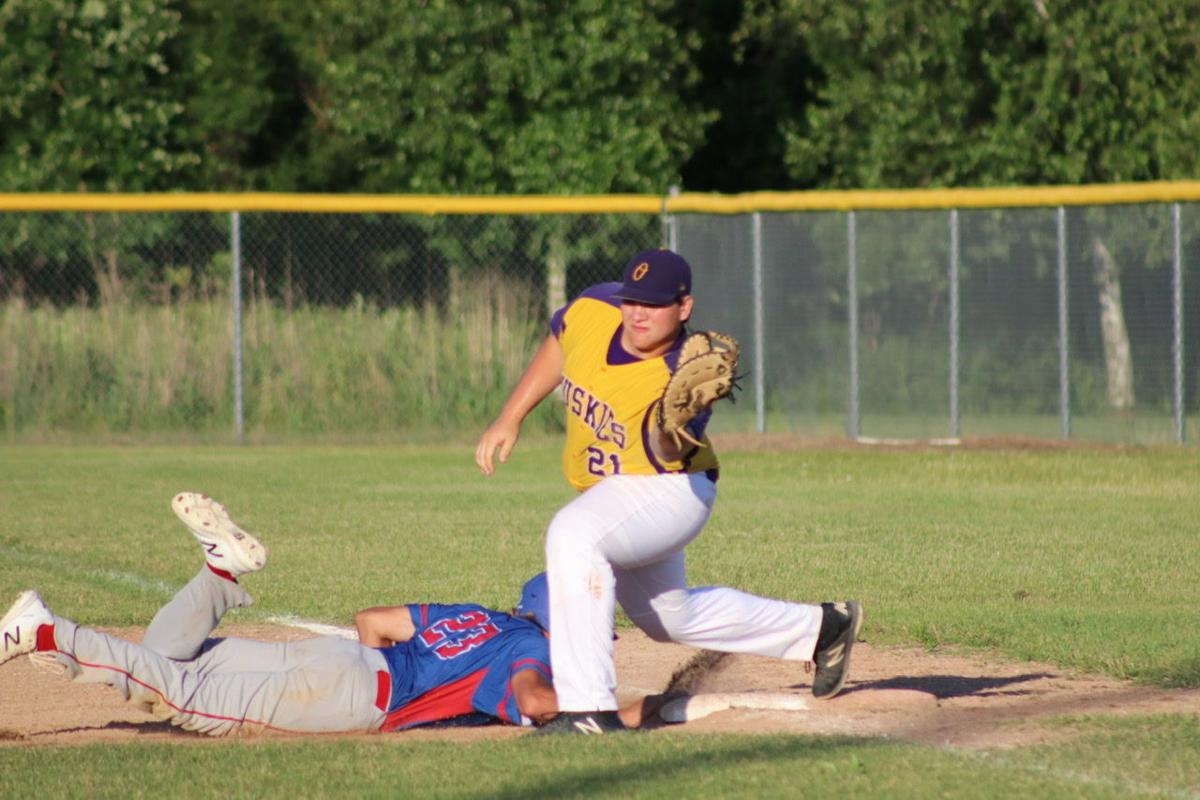 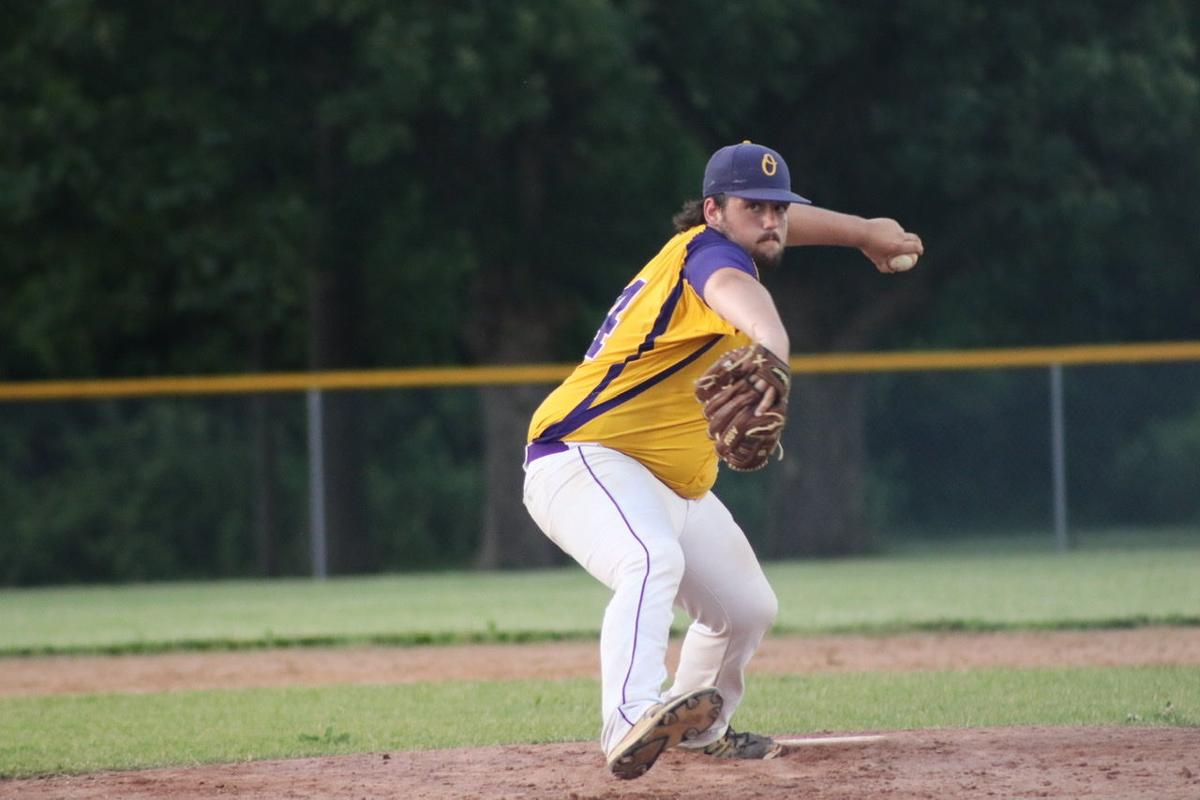 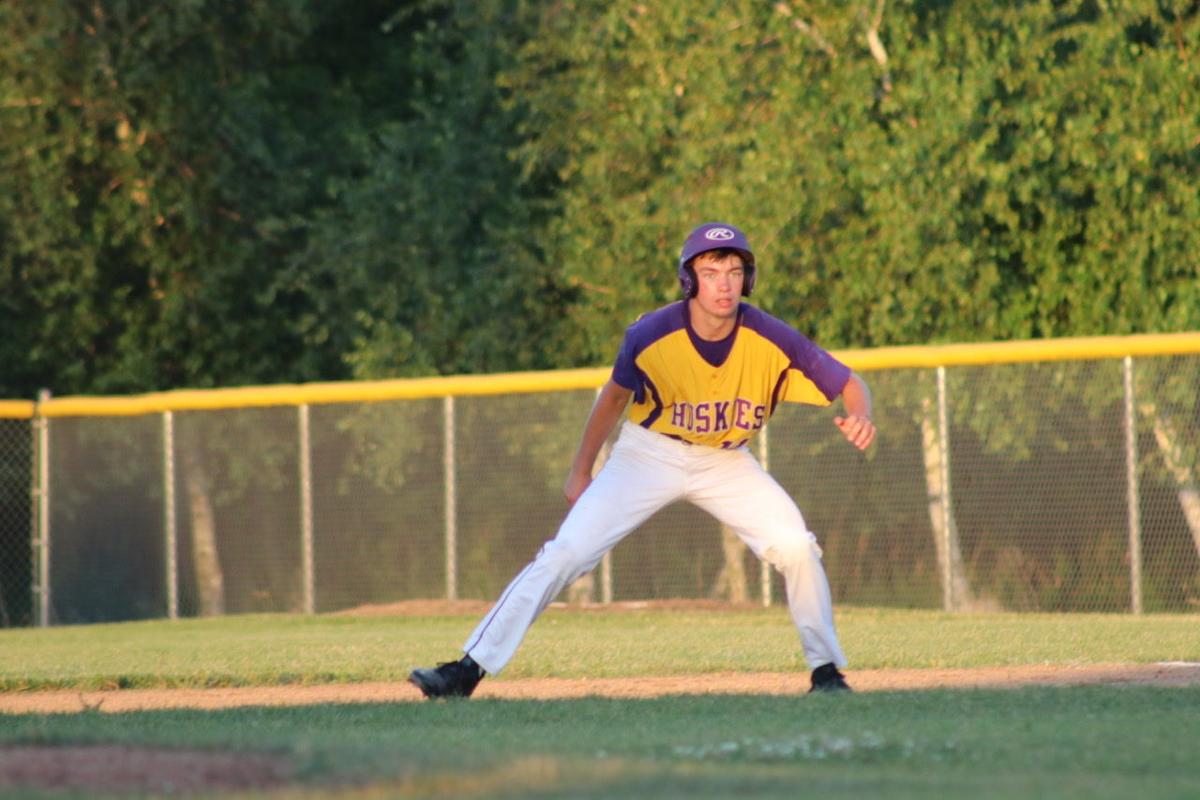 Oelwein's Jacob King leads off Friday night during a doubleheader against Decorah at home.

Oelwein's Carsen Jeanes avoids a tag as he steals second in the first inning of the second game of Friday's home doubleheader against Decorah.

Oelwein's Jacob King leads off Friday night during a doubleheader against Decorah at home.

With Oelwein down by three runs in the third inning, Christian Stoler stepped up to the plate. The Huskies had already dropped the first game of Friday night's home doubleheader against Decorah, 9-2.

Mason Kunkle, who hit his first home run of the season in the first game — a deep solo shot to left — had popped out to short to open this inning. Then, the bases filled with Huskies. Riley Hamilton worked a base on balls. Gage Voshell singled. And Carsen Jeanes was hit by a pitch.

In the first inning, Jeanes had scored Oelwein’s first run of the game. After getting a lead-off walk, he stole second. His acrobatic slide drew protests from Decorah, then he scored on a single by Kunkle, tying the game 1-1.

Stoler, who was batting seventh in the order, had in the second inning popped out to Decorah pitcher Briggs Duwe by swinging at the first pitch with one runner on base. Stoler laid off the first pitch this time. Ball one.

Stoler then laced Duwe’s second pitch to right field for a single, scoring Hamilton and giving Oelwein its first lead since Wednesday, when Oelwein defeated Starmont, 5-2, for its first win of the season.

The Huskies scored four runs in the frame, with Ray Gearhart batting in a run with a sacrifice hit and Jacob King getting two RBIs on a single.

The Huskies held the 5-4 lead until the fifth inning after starting pitcher Cooper Smock was relieved with one out. Smock's final line for the night included four strikeouts, one walk, three hit batters, four earned runs and six hits in 4 1/3 innings.

The game then turned back to Decorah, which retook the lead with a nine-run rally in the inning.

The Vikings would go on to win 14-9. The Huskies had a four-run sixth inning to get back within striking distance. Decorah added one more in the seventh.

"Decorah’s a very strong team and our kids competed for all 14 innings,” said head coach Jason Gearhart. “So as coaches you just want your kids to compete as hard as they can for 14 innings, and we were a outmanned a little bit tonight and we understand that, but our kids did a really good job of all 14 innings competing against a good baseball team.”

Smock continues to be solid on the mound for the Huskies.

"Cooper Smock has pitched great the entire season," Gearhart said. "He didn't pitch a whole lot the last couple years, but this year ... every time out he's been fantastic.

"Last year, he didn't have confidence in his curve ball, this year he does. In a regular season he'd be in shape to throw the maximum 110 pitches, this year because of COVID ... about 80 is about the spot when kids really tire out and got to be replaced, but he's pitching excellent for us."

In the first game, the Huskies had four hits. Voshell had two hits, including a triple, Jeanes had a single and one run batted in, and Kunkle's one hit was his home run.

In the second game, the Huskies had eight hits, with Voshell leading the way with two, including a double. He collected two RBIs and scored twice. Jacob King, with one hit, also had two RBIs.

Stoler and Kunkle, who each had one hit, and Ray Gearhart each had an RBI.

Oelwein travels to New Hampton Tuesday for a doubleheader that begins at 5 p.m.