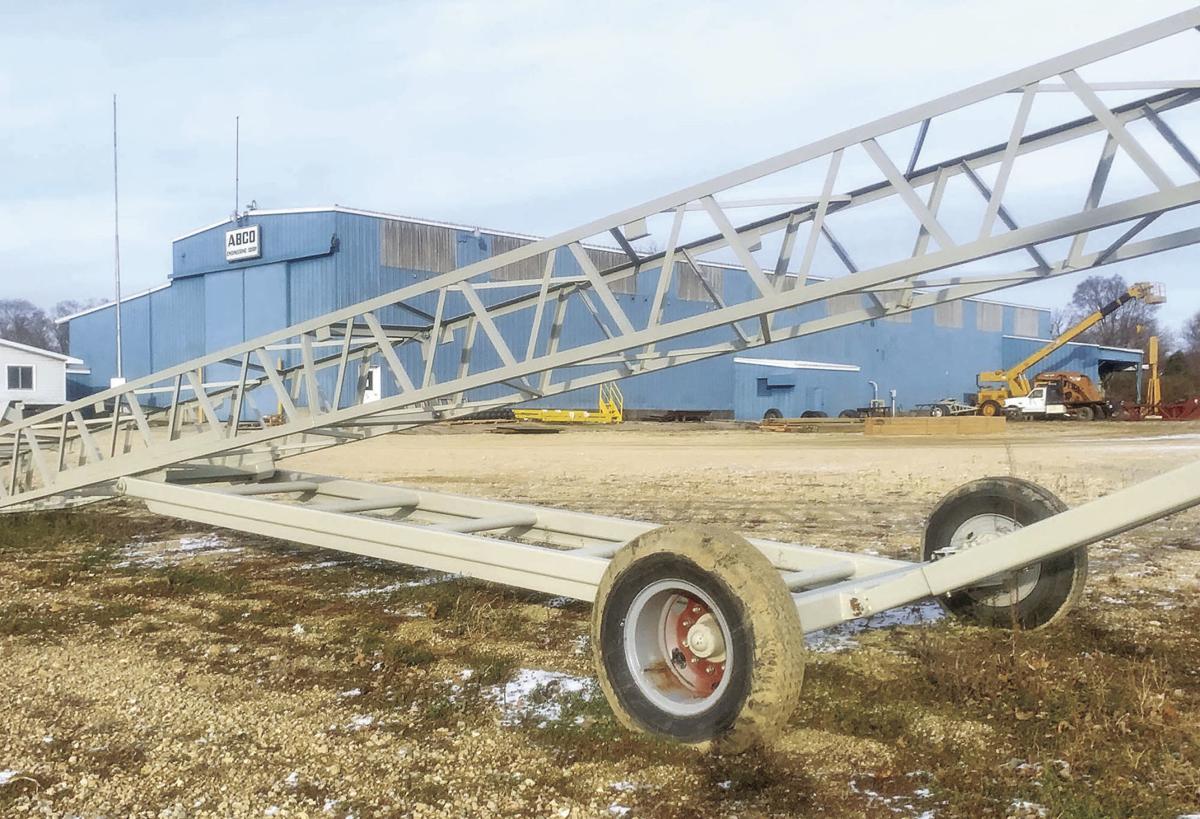 The ABCO Manufacturing plant in Oelwein sits idle late Friday afternoon. The company’s sale in January is the topic of a lawsuit filed in Fayette County District Court. 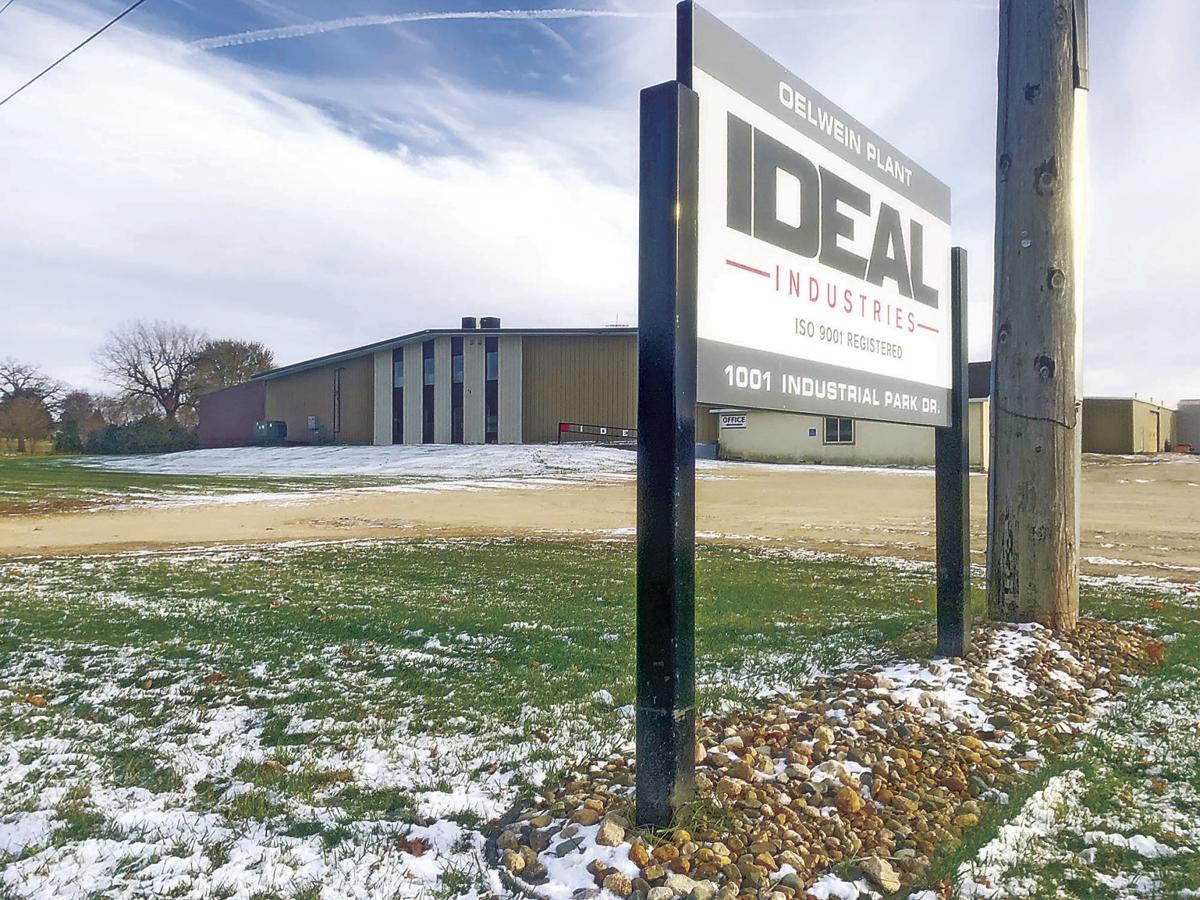 The ABCO Manufacturing plant in Oelwein sits idle late Friday afternoon. The company’s sale in January is the topic of a lawsuit filed in Fayette County District Court.

A lawsuit filed by Ideal Industries against the former owners of ABCO Manufacturing alleges fraud and is scheduled for a jury trial on Aug. 5, 2020.

In the meantime, the parties are wrestling over whether Ideal can sell off ABCO inventory and equipment before making all of its scheduled payments for the Oelwein company that was established in 1967.

In its lawsuit filed July 30 in Fayette County District Court, Ideal, based in Vinton with a location in Oelwein, is seeking rescission — or the unwinding — of the contract it entered on Jan. 18 to purchase of ABCO for $775,000. Ideal also asks for punitive damages, compensation for losses and court costs.

Ideal says ABCO’s owners falsely reported the company’s 2018 gross revenue during negotiations, which led to an inflated purchase price. ABCO’s former owners deny the accusation saying Ideal was informed that the figures for 2018 were projections.

The difference in the gross revenues for 2018 became apparent on March 14 when Chris Wiltgen provided Ideal with a copy of ABCO’s Trial Balance for the year ended Dec. 31, 2018, prepared by the company’s accounting firm. It said the actual gross sales in 2018 were $789,748.15, about one-third of the amount in the 2018 Income Statement that ABCO presented during sale negotiations in 2018, the lawsuit says.

“Defendants intended to deceive Plaintiff into believing that ABCO’s gross revenue was $2,358,654 to induce Plaintiff to purchase Defendants’ stock at an inflated price,” the lawsuit says.

In their answer, ABCO’s owners say the negotiations commenced about Dec. 14, 2018, and Ideal Industries insisted on closing the sale by the year’s end.

“As the Plaintiff was informed during the negotiations, the income statement provided to the Plaintiff was a projection based on certain assumptions and adjustments including, without limitation, the retail value of certain transactions that had occurred with a related entity and the assumption that a sale, which was pending in Florida in excess of $1 million, would be booked as income in 2018,” the lawsuit answer says.

“It is further affirmatively stated that Plaintiff represented that it was not concerned about the revenues because it perceived the value of the purchase to be the equipment, the blue prints, the customer list and the additional manufacturing space which Plaintiff desperately needed.”

The answer also says Ideal entered into an amended stock purchase after Chris Wiltgren notified it about the difference in the 2018 gross sales.

“Plaintiff was offered the opportunity to rescind the transaction and receive its money back,” answer says. “The Plaintiff refused and waived the alleged fraud not merely by refusing to rescind, but also by entering into the Amended Stock Purchase Agreement and Amended Personal Guaranty.”

Any injury that may have incurred was “self-inflicted,” it adds.

The amended stock purchase agreement, made March 26 and filed with the court Oct. 30, lengthened the installment payment schedule. So rather than wrapping up the sale in December 2019, it would be complete by April 30, 2020.

According to the lawsuit, Ideal also received income statements for 2016 and 2017. The figures from those years are not available in the court documents.

The parties will be back in court at 11 a.m. Dec. 2, regarding a court order from Sept. 20 allowing Ideal to put any more payments into escrow pending the suit’s outcome. The former owners are hoping to have that rescinded and also want an injunction to stop the potential sale of ABCO inventory or equipment, since Ideal has not completed its payments for ABCO.

The planned sale is the topic of an email exchange between attorneys attached to the former ABCO owners’ motion for a temporary injunction.

“ABCO’s lease with Mr. Bryan expires on December 31, 2019, so ABCO needs to vacate the premises,” Ideal’s attorney Allan Hallquist wrote in response to an email from Kevin Collins, representing the former owners. “ABCO plans to sell unused/extra inventory and equipment. No other changes are contemplated.”

Ideal had entered a lease for the facility in February with Premier Real Estate, owned by former ABCO owner Douglas Bryan.

“I don’t see any basis in the Stock Sale Agreement for Sellers to object to the sale,” Hallquist continued. “As a practical matter, however, I expect that the sale of the unused/extra inventory and equipment will make rescission impractical. We are assuming that your clients are unwilling to rescind the Agreement.”

A statement filed with the court by Bryan says, “In my opinion, the ABCO business would effectively be destroyed if its inventory and equipment were sold to a third party.”

ABCO, which stands for America’s Best Conveyer Operation, was established by Bob Ruark in 1967. He retired in 2015 and sold the company in 2016, according to the company website, which also notes it was sold again in 2019 but lists no details.

Ideal Industries, a contract manufacturer of fabricated metal products, acquired Blessing Industries in 2015, giving it a plant in Oelwein. Blessing, which also had plants in Fayette and Quasqueton, had filed for bankruptcy prior to the sale.

“We want to increase market share in our own product lines,” he said. “This is a key element in our strategy of staying as close to the customer as possible.”

Cloudy this morning then windy with periods of snow this afternoon. Areas of blowing snow. High 24F. Winds SE at 20 to 30 mph. Chance of snow 100%. 3 to 5 inches of snow expected.

Snow. Winds will be gusty at times this evening. Some sleet or freezing rain possible. Low 22F. Winds SSE at 20 to 30 mph. Chance of snow 90%. 1 to 3 inches of snow expected.

Windy with snow showers in the morning. Morning high of 29F with temps falling sharply to the single digits. Winds WNW at 25 to 35 mph. Chance of snow 60%. Winds could occasionally gust over 50 mph.