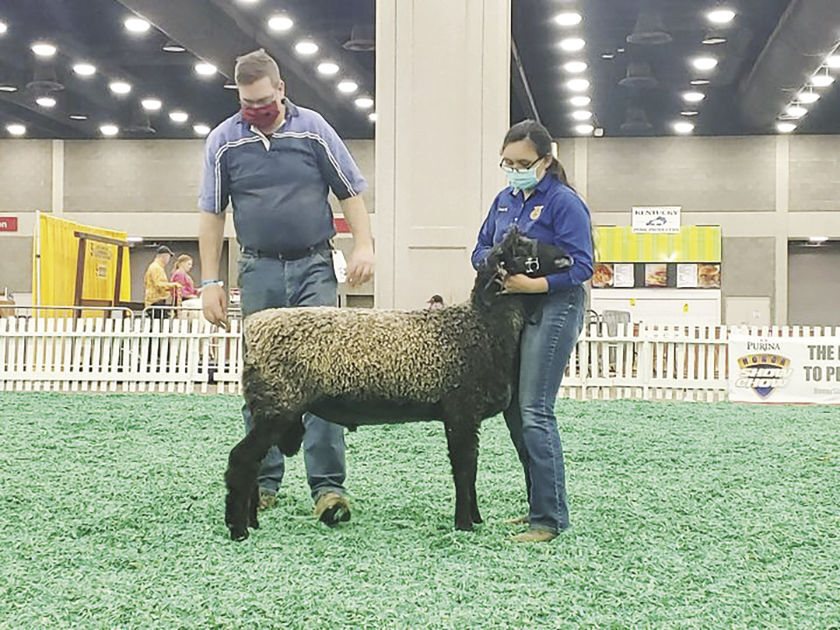 Nathan Lein with one of his prize winning rams being shown by an FFA member at the Louisville International Livestock Exhibition held in November 2020. The animal earned 1st place fall NC ram at the show. 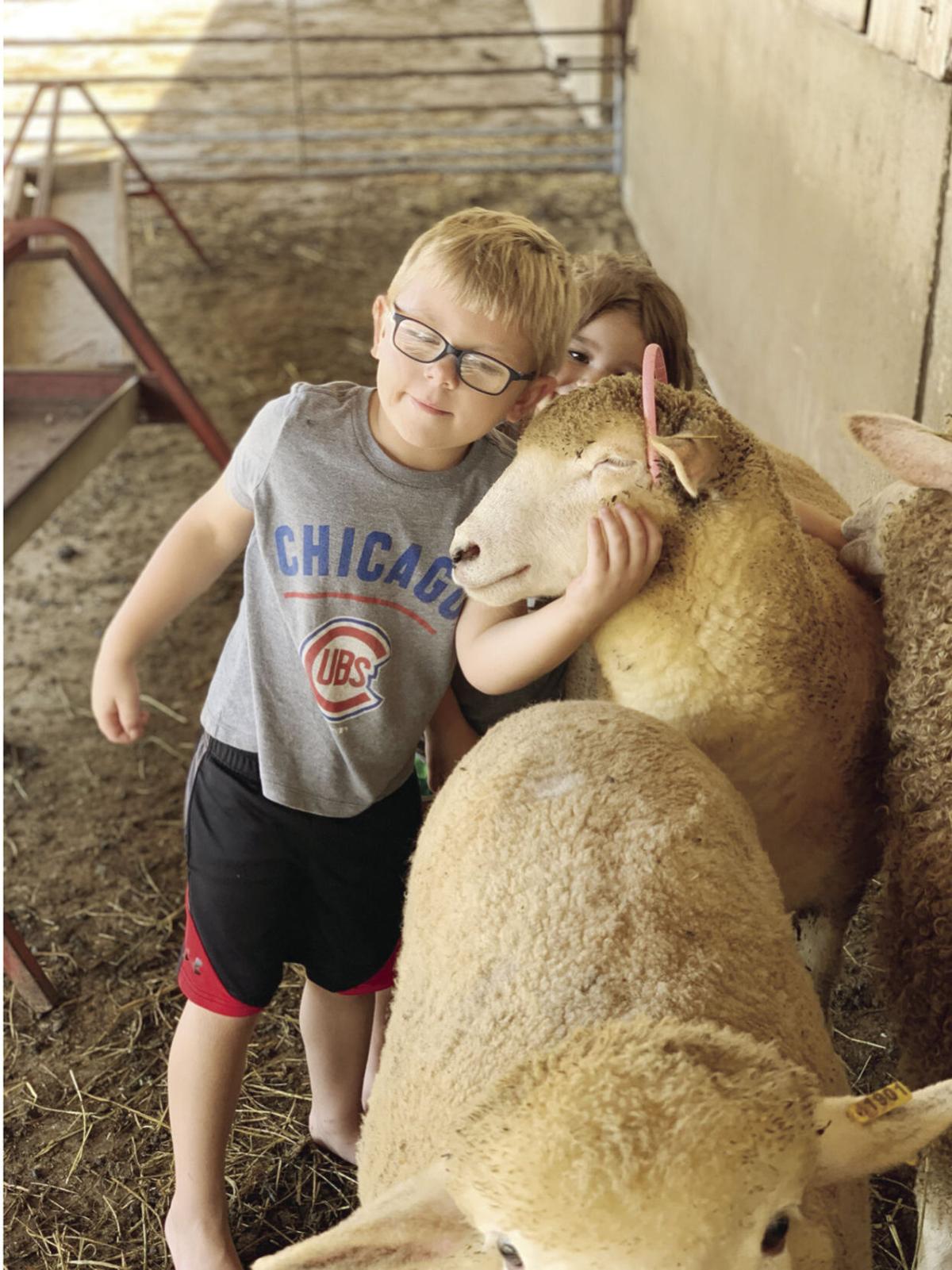 One of the Lein Farm lambs enjoys a cuddle with Kjell as Anja looks on, children of Nathan and Jamie Lein. The Corriedale purebreds are curious and friendly. 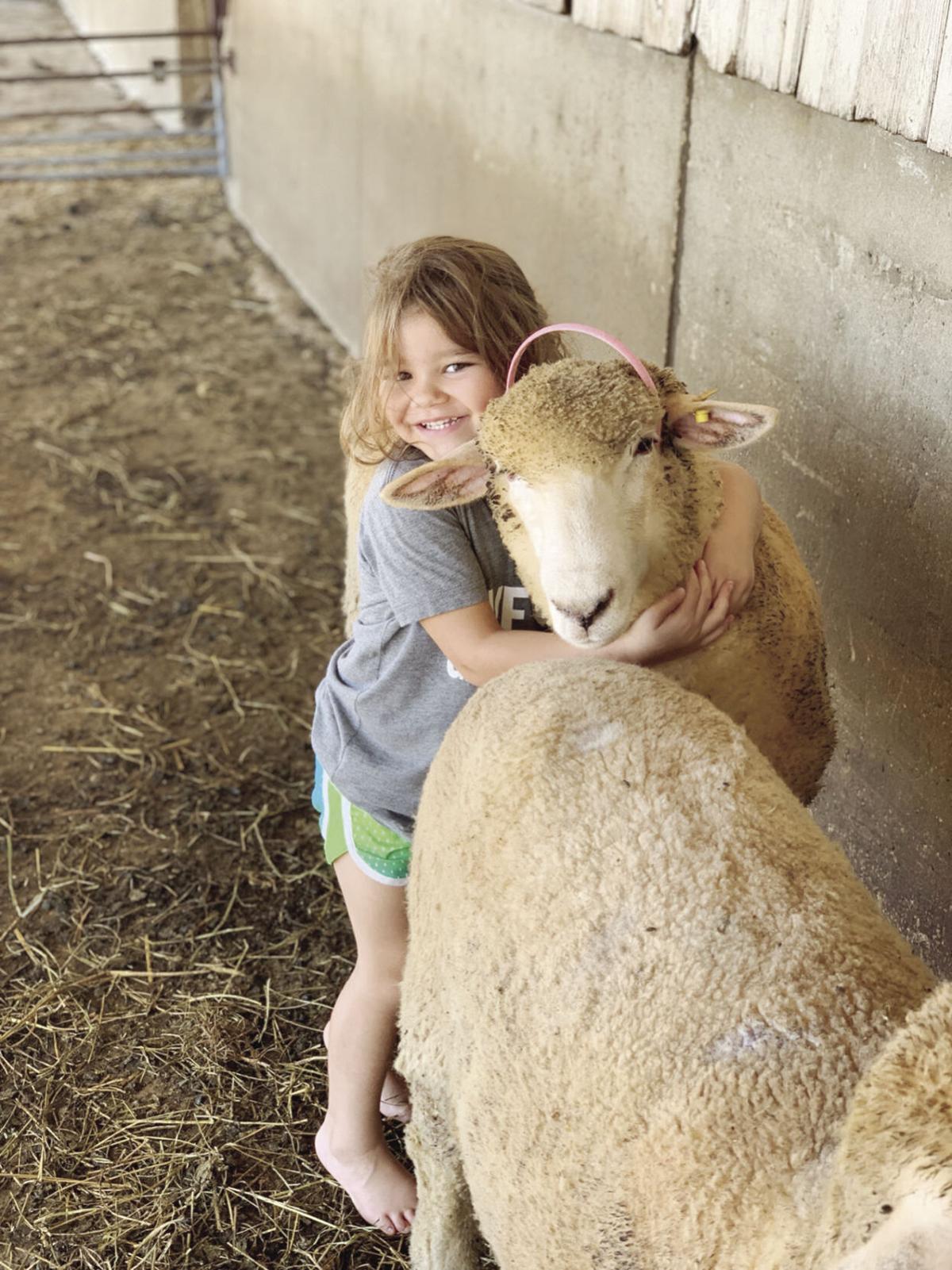 Nathan and Jamie Lein’s daughter Anja loves spending time with the lambs, including letting one wear her pink headband. Looks like the lambs love her, too. 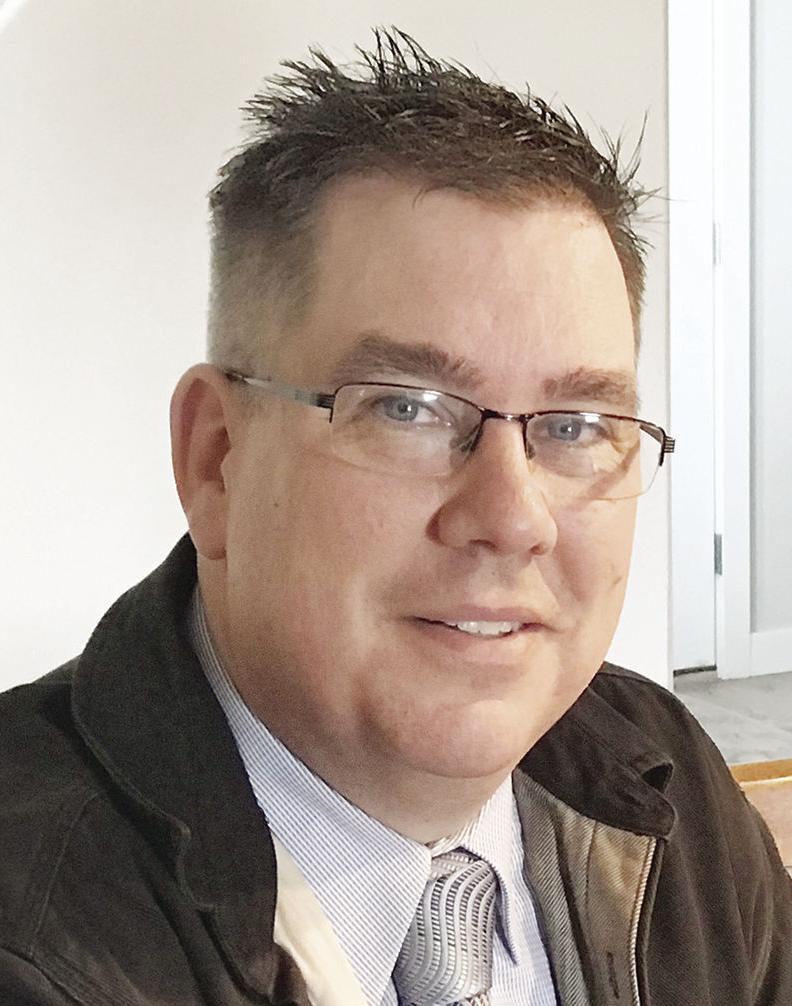 Assistant County Attorney Nathan Lein has joined the Saur & Saur Law Firm as an associate and will be available to take clients in private practice. He is also maintaining his duties with the County Attorney’s office. Lein also raises purebred sheep on his family farm west of Arlington, now in their 51st year of showing award winning sheep at the state, national and international level.

Nathan Lein with one of his prize winning rams being shown by an FFA member at the Louisville International Livestock Exhibition held in November 2020. The animal earned 1st place fall NC ram at the show.

One of the Lein Farm lambs enjoys a cuddle with Kjell as Anja looks on, children of Nathan and Jamie Lein. The Corriedale purebreds are curious and friendly.

Nathan and Jamie Lein’s daughter Anja loves spending time with the lambs, including letting one wear her pink headband. Looks like the lambs love her, too.

Saur & Saur Law Firm in Oelwein announced this week that attorney Nathan Lein has joined the law office as an associate. Lein has served as a prosecutor in the Fayette County Attorney’s office the past 19 years and will continue to serve part-time in that capacity, along with accepting private clients in the local law firm.

“I feel it’s the right time to make this move,” Lein said. “We’re seeing considerable influx of clients to the office with Ron (VanVeldhuizen) retiring. People need local counsel and I have almost two decades of experience to help them.”

While Lein’s main focus has been criminal law, he has done some civil work for the county, and is also familiar with most areas of the law including wills, probate and agricultural, which go with the demographic of the surrounding community.

Long before he chose college and law school, Lein had planned to follow in his family’s farming and purebred sheep operation. He grew up a few miles west of Arlington, and from an early age, helped with farm chores and raising sheep – Lincoln Longwool and Corriedale breeds.

Then the 80s came along and Lein found himself a child of the farm crisis. Sitting at the kitchen island in the renovated Lein family farmhouse where he now lives with wife Jamie, son Kjell, 6 and daughter Anja, 5, he spoke candidly about what it was like living in an agriculture community through the 1980s.

“There was no money here,” he said. “Dad and Mom managed to hold things together and kept the place going. Dad was a good mechanic so he could keep old machinery running when others were trading in for newer stuff. They made it work.”

Lein said he was among many farm kids in the area that saw the writing on the wall and knew they wouldn’t be able to make a living following in their parents’ footsteps, so they left their farm life and went to college or found jobs in the city.

Now, more than two decades after moving away to “seek fame and fortune,” he is an assistant prosecutor in the county attorney’s office. But behind the steel of a prosecutor beats the heart of a shepherd, as Lein is also a purebred sheep farmer, keeping the family’s livestock operation intact.

“The Lincoln Longwool is an endangered breed, originally from Lincolnshire, England,” he explained. They are big sheep by sheep standards, with rams weighing as much as 400 lbs. and ewes 250 lbs. or more. Despite their size, they are fairly docile animals, and much easier to raise, Lein says, than Suffolk, which have wild sheep breeding in them.

“We raised Suffolk for 25 years, but they are fearful sheep, and no matter how many times you go into the pens and work around them, they never warm up to you, always running wildly in the opposite direction. That got old after a while,” Lein said.

In their purebred operation they sell some lambs at market and some for 4-H projects. Lein said they make good projects because they have a decent temperament. They also sell wool, mostly at market, with some going to hand-spinners.

Each breed of sheep has about 75 ewes, with 100-150 total in the herds, including lambs. Lein said this will mark the first year he and his mother Donna have not farmed the 480-acre farm ground, but opted to rent it out instead. They want to devote their time to proper management of the herds. This is their 51st year of raising sheep and 121st year with livestock in the family farm lineage.

“Sheep can be fragile and subject to pneumonia if barns are not properly ventilated,” Lein said. The best way to have a successful purebred sheep operation, he says, is to keep management tight, keep things clean, routine maintenance of animals, shearing, hooves, proper diet. He said he has had sheep live to 14 years of age, and has had 10-year-old sheep many times.

Lein is proud of his award-winning sheep herd, having won at state, national and international levels, including at the Louisville International Livestock Exhibition competition each November at all levels of breeding stock.

Lein said his children have also taken an interest in the animals and he hopes to maintain the herds for his future as well as theirs.

“I love my work as an attorney and am looking forward to welcoming new clients at Saur & Saur Law Firm. But at the end of the day, I love going home to my family on the farm and tending my sheep,” Lein said.