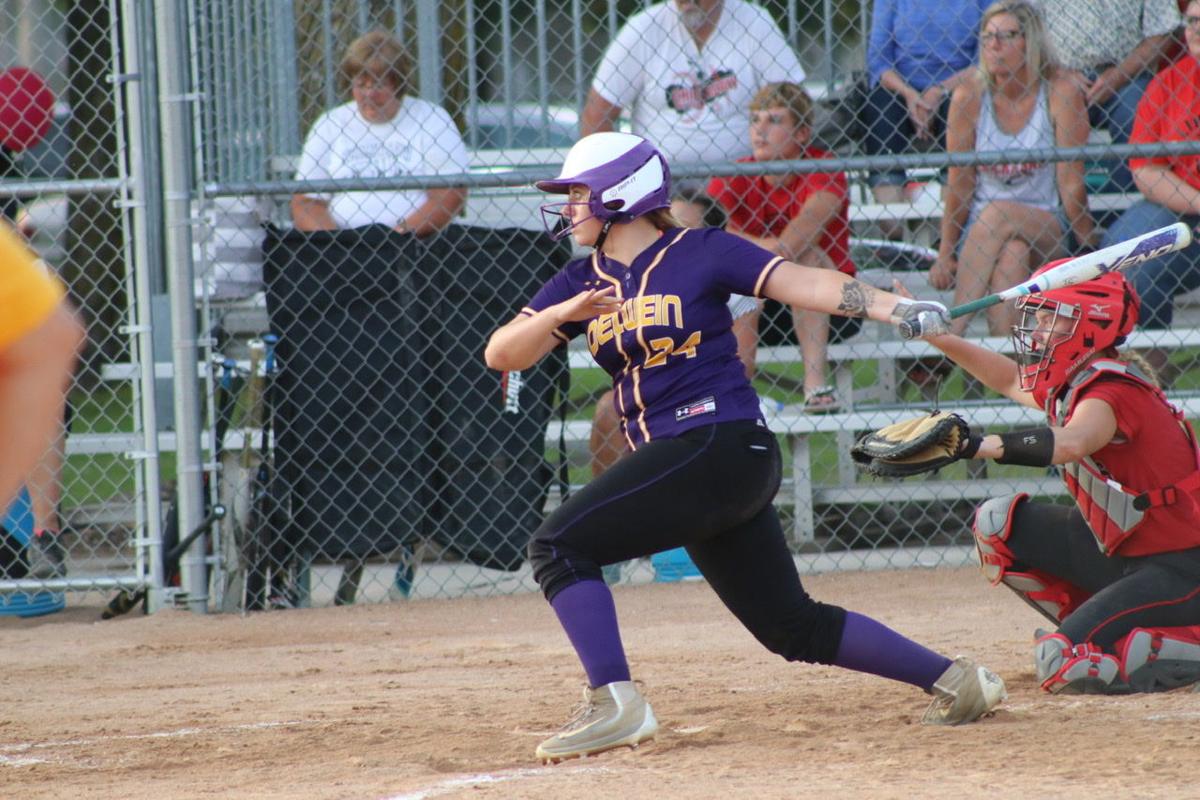 Oelwein shortstop Karlie Wegner hits a double Friday night against New Hampton. She had three hits on the night. 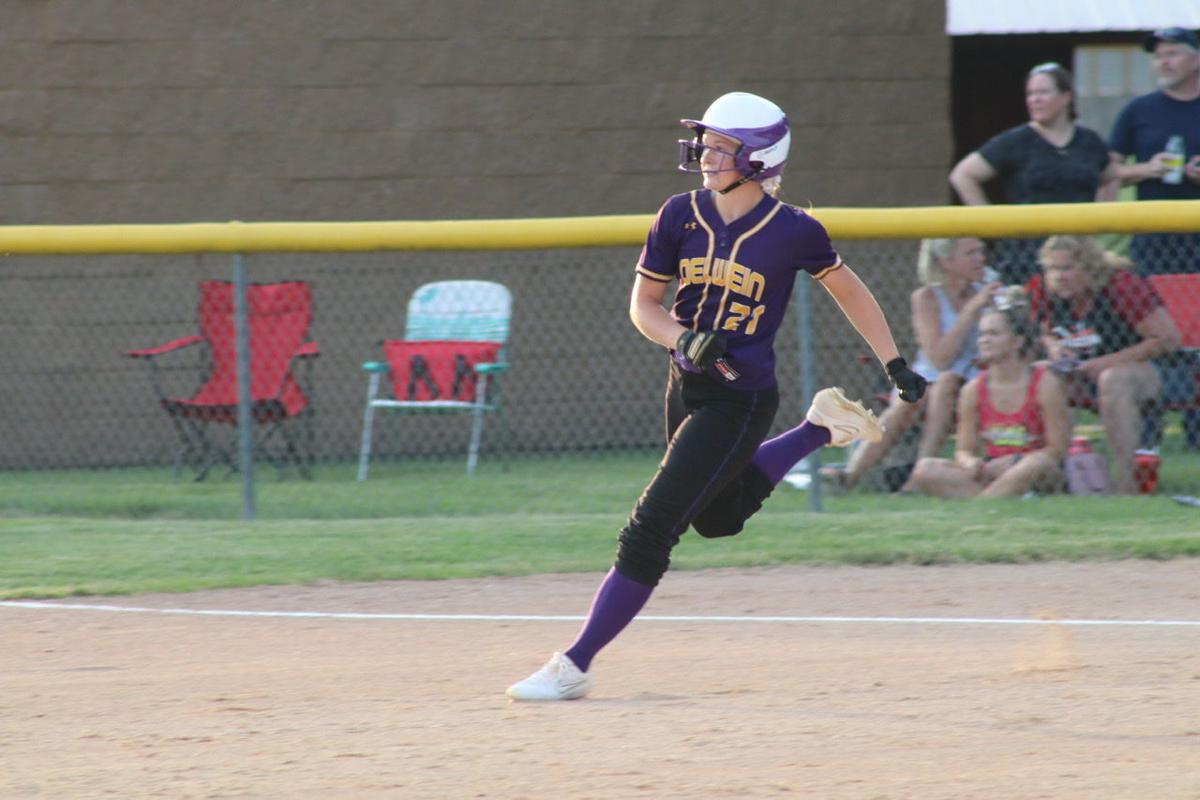 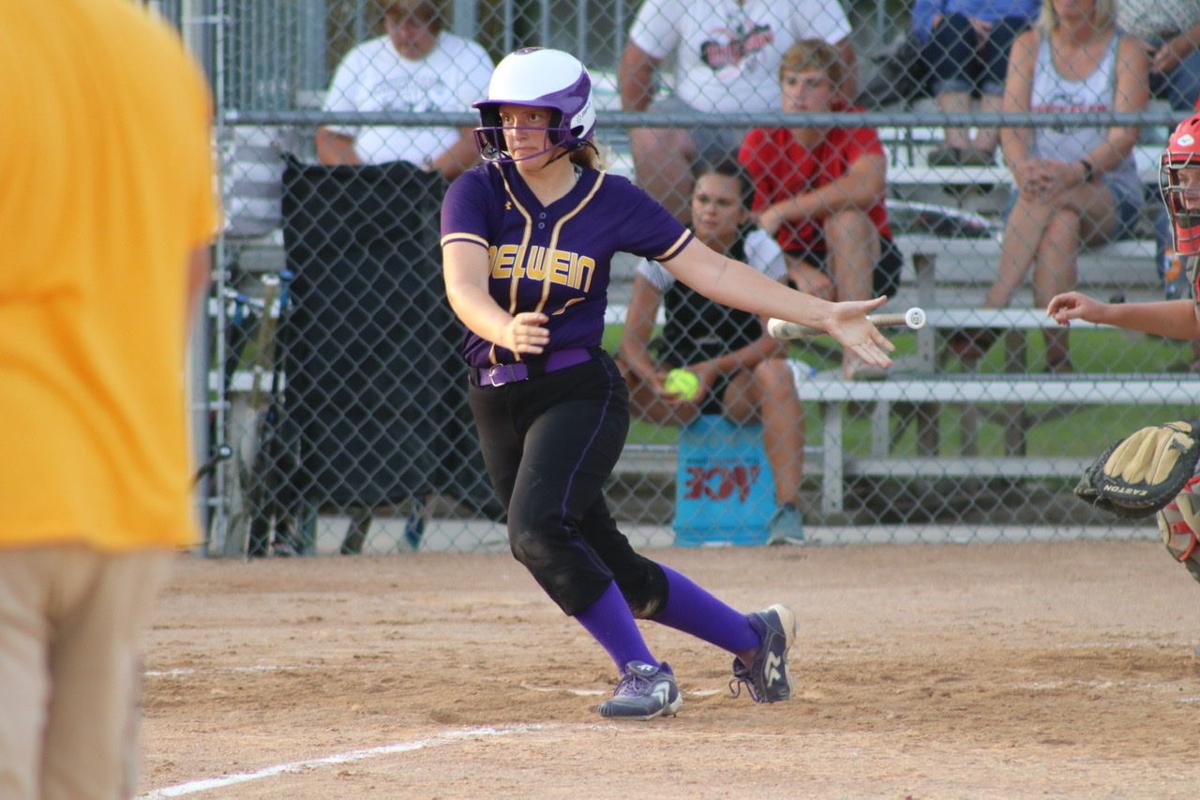 Oelwein shortstop Karlie Wegner hits a double Friday night against New Hampton. She had three hits on the night.

NEW HAMPTON — Oelwein softball on Friday ended another years-long losing streak against a Northeast Iowa Conference team. The Huskies traveled to Mikkelson Field and beat New Hampton for the first time since July 2, 2014.

With four games left in this coronavirus-shortened season, the Huskies also matched their 2019 win total.

There were also times the defense had problems, he said, but the team showed resiliency.

“But we hung in to the end and had a chance to win and ended up winning the game,” he said. “I’m really proud of the girls, they played hard. They did a lot of good things.”

Lape led Oelwein with four runs batted in. Freshmen Zoey Reisner and Emma Smock and eighth-grader Natalie Crandall each had one RBI apiece.

Lape earned the win on the mound by going all eight innings while striking out nine, including the game’s final out. She gave up four hits and eight runs, only three of which were earned. She walked three batters and hit one.

Junior Naomi Goede scored Oelwein’s first run after leading off the first inning with a single, stealing second and gaining third on a pass ball. She came home on a single by Lape.

New Hampton answered with three runs in the bottom of the inning.

Goede, sophomore Jillian Prouty and Crandall scored on a double by Lape in the second inning.

Reisner scored in the third inning when Crandall was hit by a pitch with the bases loaded.

Smock scored in the fourth when Alex Berryman reached on an error by the third baseman.

New Hampton scored three runs in the bottom of the fourth.

Wegner, who doubled, and Melchert scored in the fifth on singles by Smock and Reisner.

New Hampton scored in the fifth and tied the game in the seventh.

Crandall opened the eighth with a single and scored what became the game-winner on a fly ball to centerfield by Lape.

In the bottom of the eighth, with New Hampton runners on first and third, Lape ended the threat with a swinging strikeout.

Oelwein hosts Decorah on Monday. Varsity is scheduled for 7 p.m.

Oelwein will travel to Independence on July 15 for its first game I think postseason in Class 3A, Region 7.

FAIRBANK — Jesup had 12 hits, including a home run from senior Jenna Jensen and a double from senior Zoey Miller in its 13-5 win over Wapsie Valley on Friday.

The J-Hawks improved their season record to 8-3. Wapsie Valley dropped to 5-4.

Jesup’s first postseason game in Class 2A, Region 6 will be at 7 p.m. July 15, in Jesup. They will play the winner of the July 13 game between Cascade and North Cedar.

Some sun this morning with increasing clouds this afternoon. High 84F. Winds SSE at 5 to 10 mph.

Except for a few afternoon clouds, mainly sunny. High 86F. Winds SSE at 5 to 10 mph.