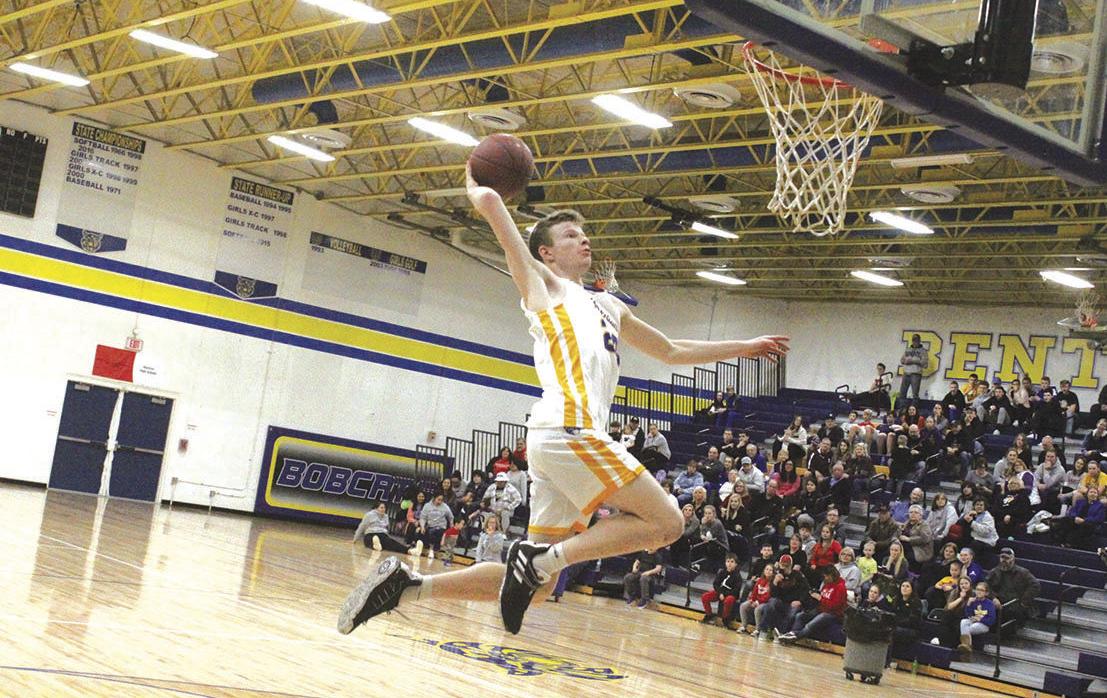 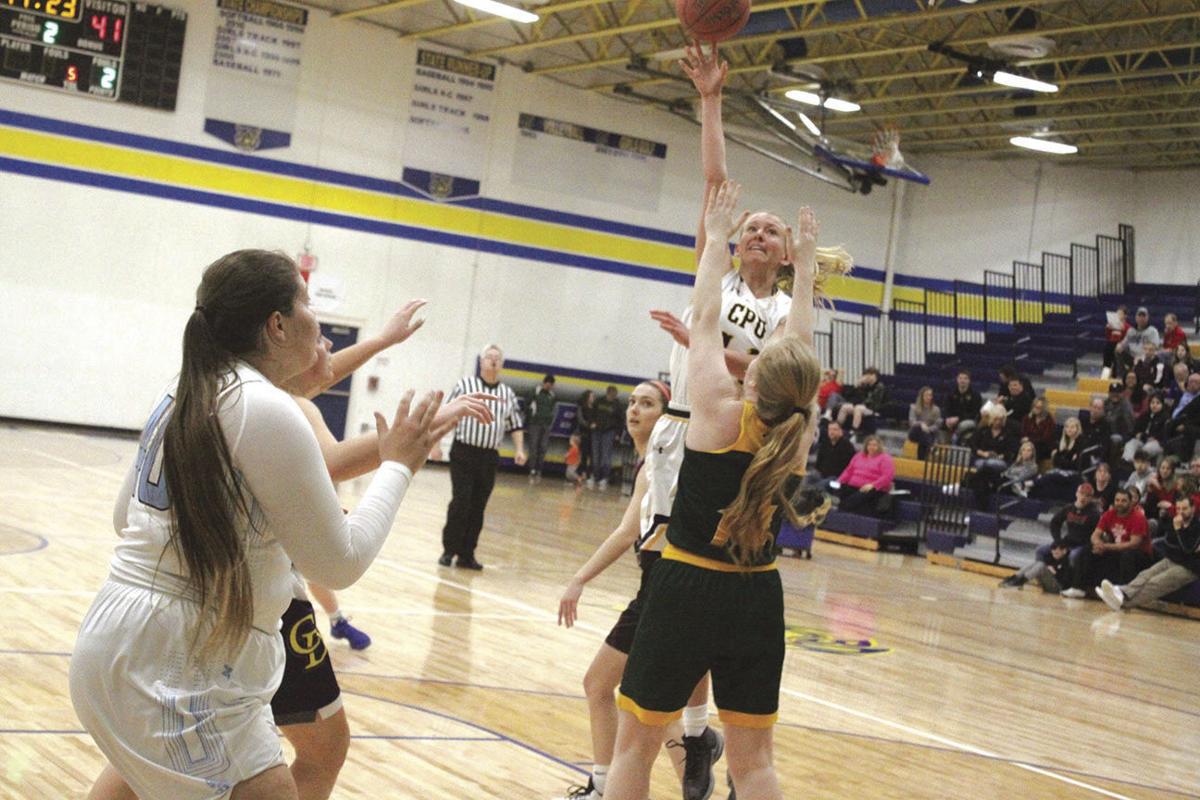 #44 Callyn Fox has the ball roll off her fingers for two of the CPU senior’s game high 23 points Saturday night in Van Horne. The West girls fell to the East by five, 58-53. 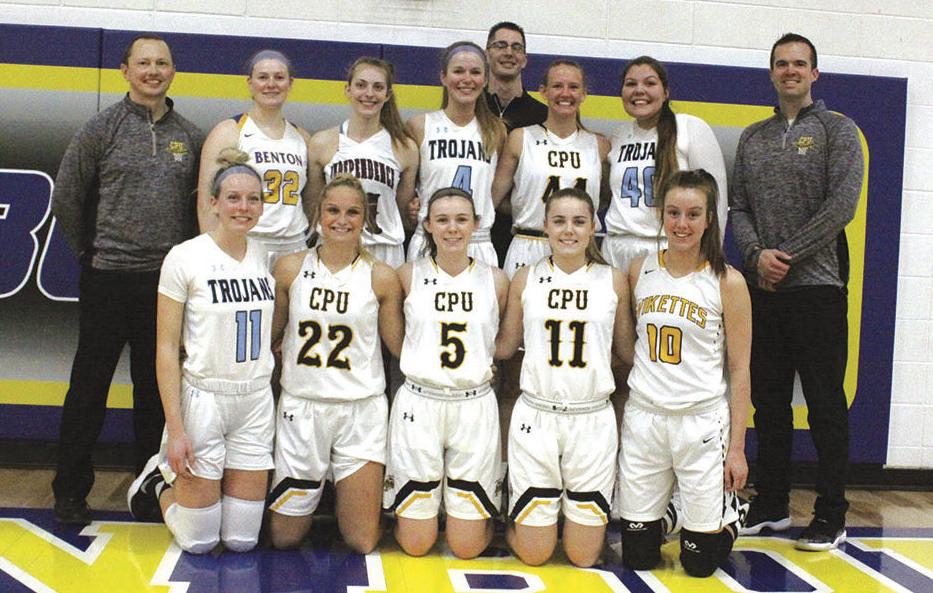 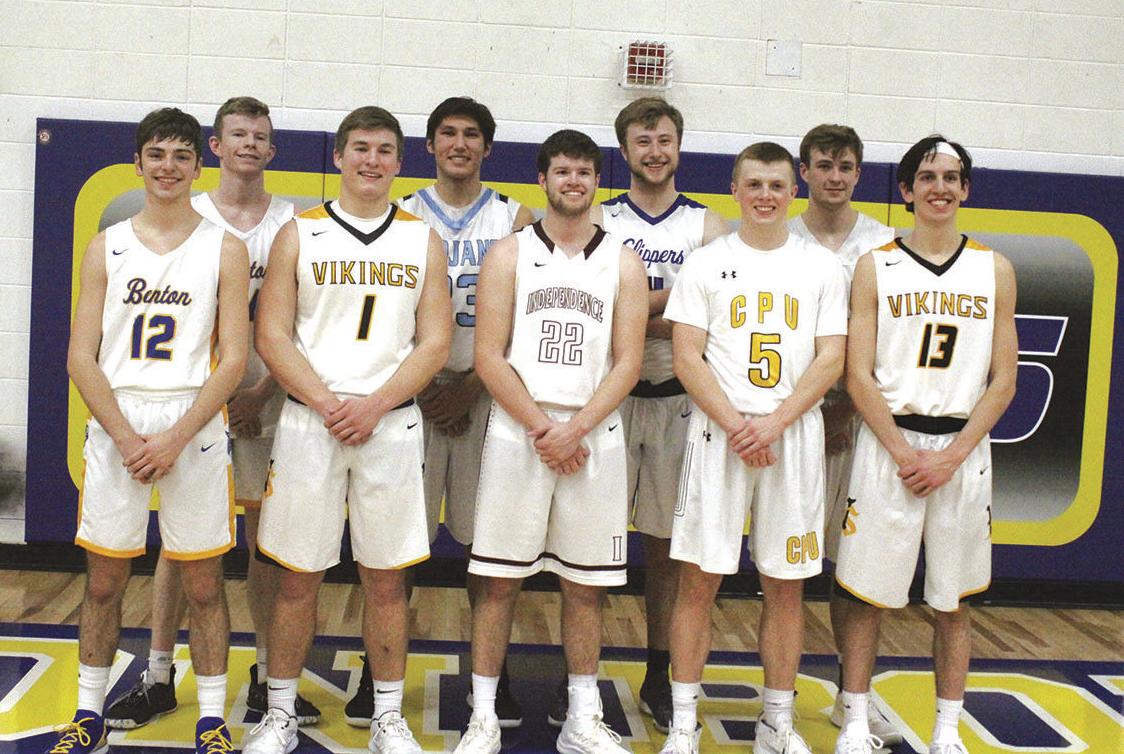 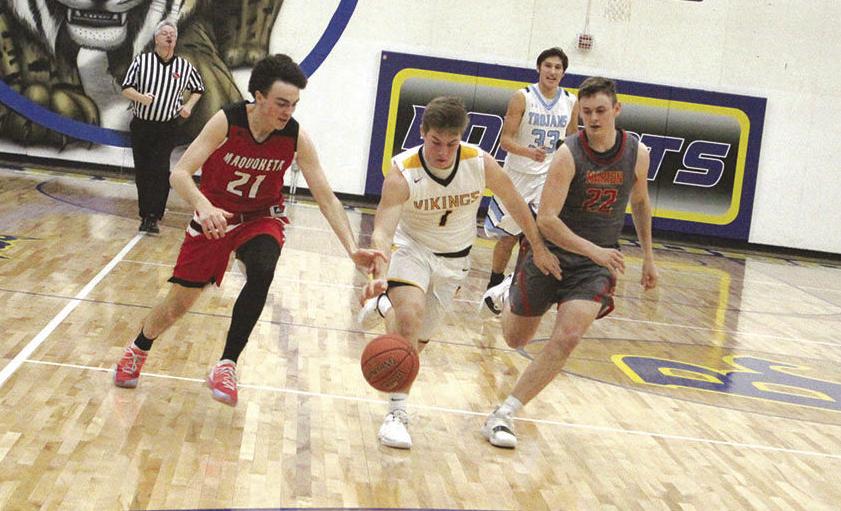 #1 Isaac Wiley (V-S) attempts to keep the ball away from Maquoketa’s AJ Becker in transition. Becker caused problems for the West all game as the senior scored an individual high of 27 points.

#44 Callyn Fox has the ball roll off her fingers for two of the CPU senior’s game high 23 points Saturday night in Van Horne. The West girls fell to the East by five, 58-53.

#1 Isaac Wiley (V-S) attempts to keep the ball away from Maquoketa’s AJ Becker in transition. Becker caused problems for the West all game as the senior scored an individual high of 27 points.

VAN HORNE - Year in and year out, the WaMaC conference is known as one of the toughest conferences in Iowa.

This year was no different with more teams punching their tickets to the State Tournament, highlighted by the CPU Stormin’ Pointer girls winning the Class 3A championship.

However, with the official season now over, many seniors didn’t think they would have the opportunity to put their respective jerseys back on. That was until Saturday night when Benton Community hosted the East vs West WaMaC Senior Shoot Outs.

Beginning first with the girls game, the West roster was made up of six local players in Taylor Spies (V-S), Kasi McWhorter (Benton), Rylee Clark, Callyn Fox, Karly Millikin, and Madie Willson (all four from CPU). As the divisional player of the year, Fox got her team going early on as she scored their first seven points. A little later, Willson and Millikin each scored a short bucket before Fox connected on a jump shot. Following a Clark three pointer and Fox lay up, the West trailed 25-19 late in the first of two 18 minutes halfs. The East would expand that margin to eight on two separate occasions, but a three pointer by Fox, who had 14 points midway through, cut the West’s deficit to five at halftime, 29-24.

Ahead of returning to action, two players from each division were given an opportunity to compete in a three point contest with one minute on the clock. Representing locally was Millikin and McWhorter, who scored nine and three respectively. However, those totals weren’t quite enough as Sammy Moss (Mount Vernon) and Bri Bennis (Maquoketa) each poured in 13 points, forcing a 30 second tiebreaker. Moss went first and finished with seven, but in the end, it was Bennis’ 11 that gave her the victory.

Moving back into play, the East used a 10-4 run to go back up double digits before Millikin and Fox combined for five points. This brought the West’s deficit to six at 39-33 and it eventually kept getting smaller with help from a Fox jump shot and a Willson free throw. Proceeding a Millikin lay up, the East led by just two at 46-44. Unfortunately for the West though, they never were able to reclaim the lead, despite getting as close as one point near the minute mark as they fell by five, 58-53.

Leading the West and all players was Fox with 23 points. Other Stormin’ Pointers that scored were Millikin (7), Clark (3), and Willson (3), while Benton’s McWhorter and Vinton-Shellsburg’s Spies were held scoreless.

Moving ahead to the boys game, six more local players in Nolan Haisman, Isaac Wiley (both of V-S), Nathan Michels, Dylan Spina (both of Benton), Cody Westcott, and Cam Hasleiet (both of CPU) had earned spots to play in the Senior Shoot Out.

Taking the floor against the East, the West jumped out to a 6-2 lead, helped by a Michels three pointer. However, once the East took the 9-6 advantage, they never trailed again. Getting the margin up to 17-8, Haisman connected on a three pointer, followed by a Michels lay up, to trim the deficit down to four, but quickly it was back to double digits. This is where it stayed for the rest of the game.

For the remainder of the first half, Westcott would add a lay up and three pointer, along with Michels and Hasleiet combining for five points as well. However, the scoreboard read 55-38 in favor of the East midway through.

Similar to the girls game, the boys were also given an opportunity to test their skills in a three point contest. Locally, it was Spina who represented and the senior that shot 45.6 percent from beyond the arc during the season finished with nine points. Unfortunately, it wasn’t quite enough as AJ Becker (Maquoketa) won with 15, followed by Nolan Schartin (Clear Creek-Amana) and Kane Kopp (Maquoketa) with 12 and 11 respectively.

Another unique halftime event added was a dunk contest that featured local players in Michels and Westcott, along with Beckman Catholic’s Shawn Deutmeyer and West Delaware’s Derek Krogmann. With creativity and great leaping ability, these four put on an outstanding show for the crowd. However, it was Krogmann who received the loudest ovation, earning the win.

Returning back to competition, the West was hopeful of getting back into the game, but the offensive fire power by the East was just too strong. Continuing to find the bottom of the net, they eventually eclipsed the century mark late before finding a resting spot at 104, compared to 80 for the West.

Congratulations to the dozen local seniors on a great final game and high school careers!

Photos from an East vs West WaMaC Senior Girls Basketball game on March 16, 2019 at Benton Community.

Photos from an East vs West WaMaC Senior Boys Basketball game on March 16, 2019 at Benton Community.

Cloudy skies this evening will become partly cloudy after midnight. Low around 50F. Winds WNW at 5 to 10 mph.

Partly cloudy skies in the morning will give way to cloudy skies during the afternoon. High 62F. Winds NW at 10 to 20 mph.