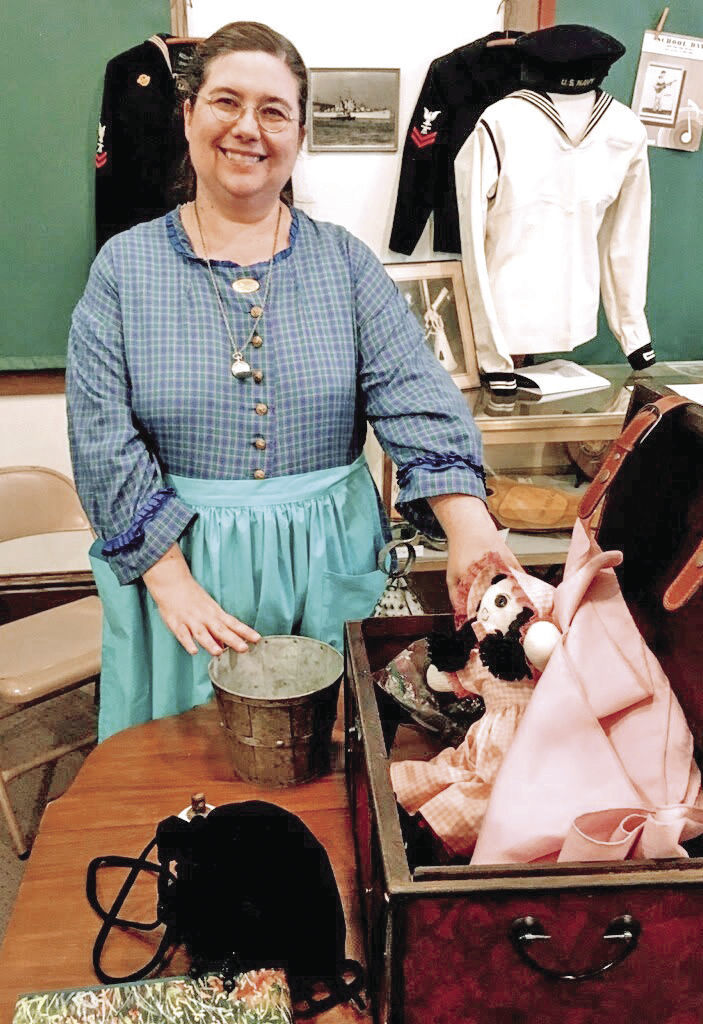 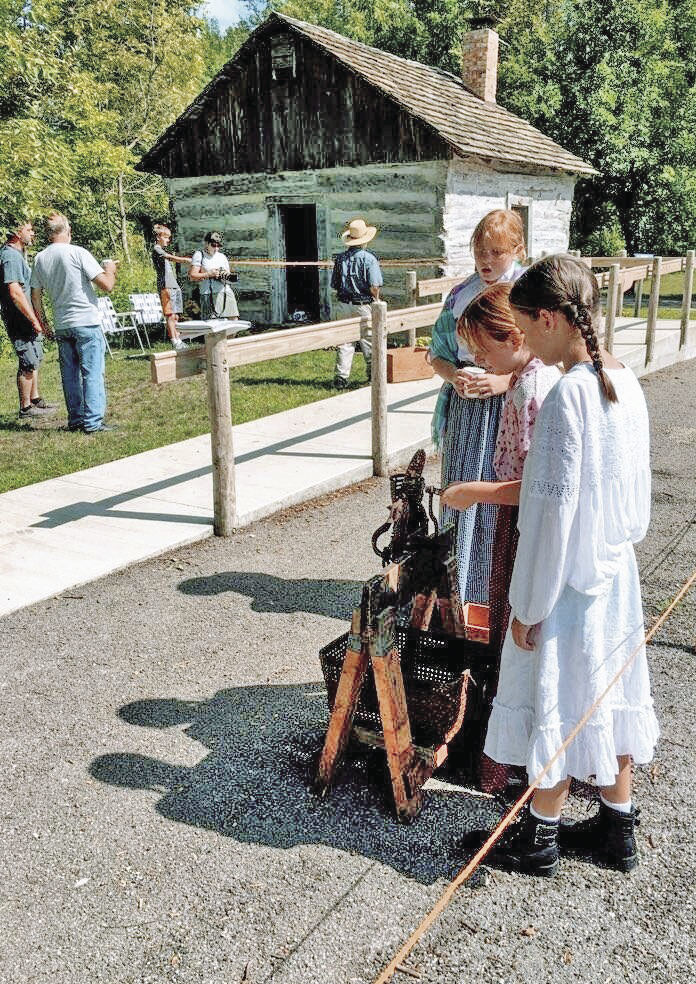 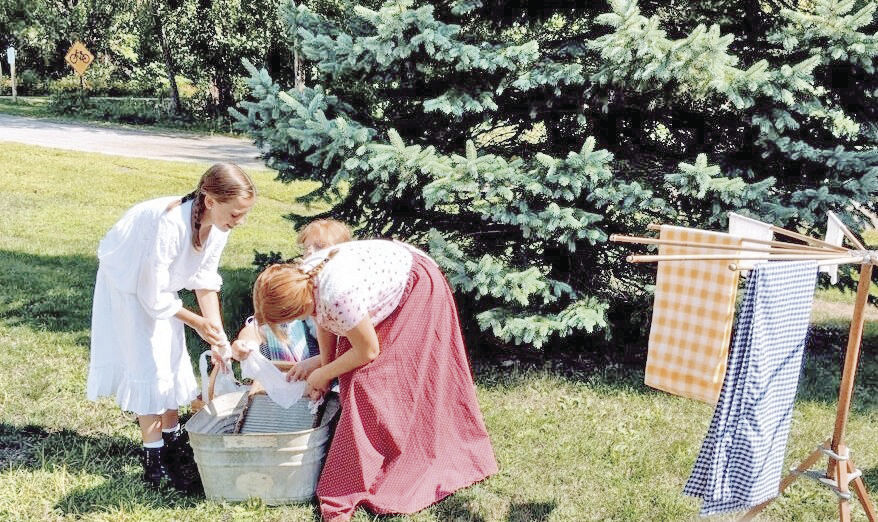 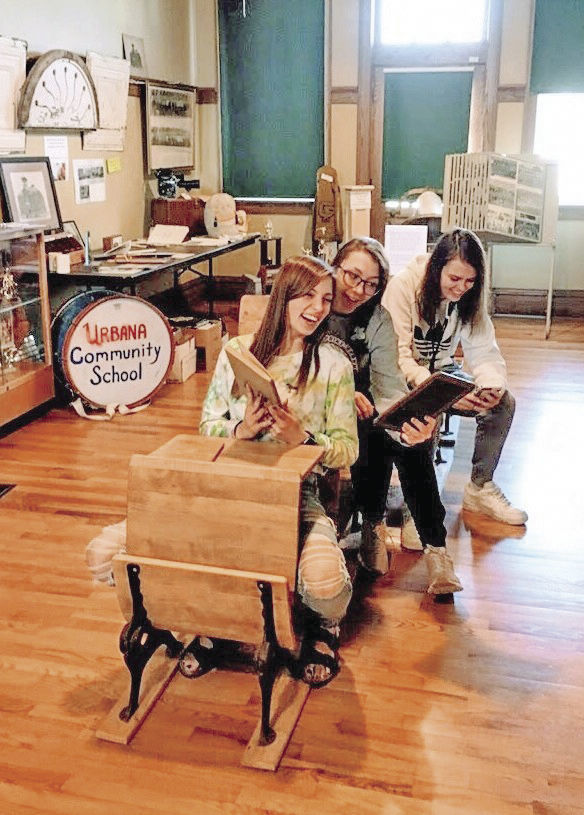 In the middle of the complex, is an area with a ticket office and waiting area. On the north end, is an indoor Cedar Valley Nature Trail picnic area with restrooms in what once was the freight department. And, on the south side of the building, is the CP Historical Society Depot Museum in an improved former electrical space. “It is a wonderful arrangement,” said Hannen.

The CP Historical Society Board consists of five officers and three directors. Hannen was the first elected president when the organization began around the United State’s 200th year anniversary. “The bicentennial spiked interest in local history,” she said.

According the Hannen, the CP Historical Society began as a civic organization without a museum. A couple of years later, they bought a beautiful 1870’s school building. As facility upkeep became too much for the small group, they began leasing their current museum space in the old depot.

An 1850’s Strait Log Cabin was donated to the CP Historical Society after its formation and was moved to the depot museum site on Aug. 28, 2017. Featured fun-filled events include a Log Cabin Fest and kids on field trips receive unique hands-on learning projects and educational programs connecting them to the past.

Delighted children get a taste of history as they take turns churning cream into small batches of butter using a hand crank and glass jar before topping crackers with the homemade spread. Hannen said they used to use fresh milk from a cow on her farm to make real Jersey cream, they now buy cream from the store. Also, kindergartners visiting at the end of the school year, team up to push an old fashioned lawn mower.

Inside the historical museum, is a Civil War case, a hopscotch area, recently restored class pictures, old year books, a working score board from an early 1950’s gymnasium (kids can run the clock and buzzer), a couple of working manual typewriters, a 1923 player piano, a school map exhibit, old local corn canning labels, a toy exhibit with an old Jack-in-the-Box and homemade toys like willow whistles for play, historical books and plates for sale.

The CP Historical Society will sponsor its 10th annual Cemetery Walk this year for $5 per person. “History comes alive when you hear the stories of our dearly departed. Costumed actors and actresses will be portraying six of our local residents, sharing family stories and Center Point history.” [facebook.com/centerpointhistoricalsociety/]

Hannen said they preserve Center Point history with new programs each year or two. The theme for 2020 is reading, writing and remembering.

The CP Historical Society is open on Sundays, from the first week in May to the last week in September. Normal hours are from 2:00 p.m. to 4:00 p.m. According to Hannen, there is no admission charge and the museum is open anytime by appointment. Contact 319.721.6948 or go on their Facebook page for more information.

Cloudy with periods of light rain or freezing rain after midnight. Low around 30F. Winds SE at 5 to 10 mph. Chance of precip 50%.

Cloudy with periods of light rain or freezing rain after midnight. Low around 30F. Winds SE at 5 to 10 mph. Chance of precip 50%.

A steady rain in the morning. Showers continuing in the afternoon. Some mixed winter precipitation possible. High 39F. Winds SE at 10 to 15 mph. Chance of rain 60%. Rainfall near a quarter of an inch.