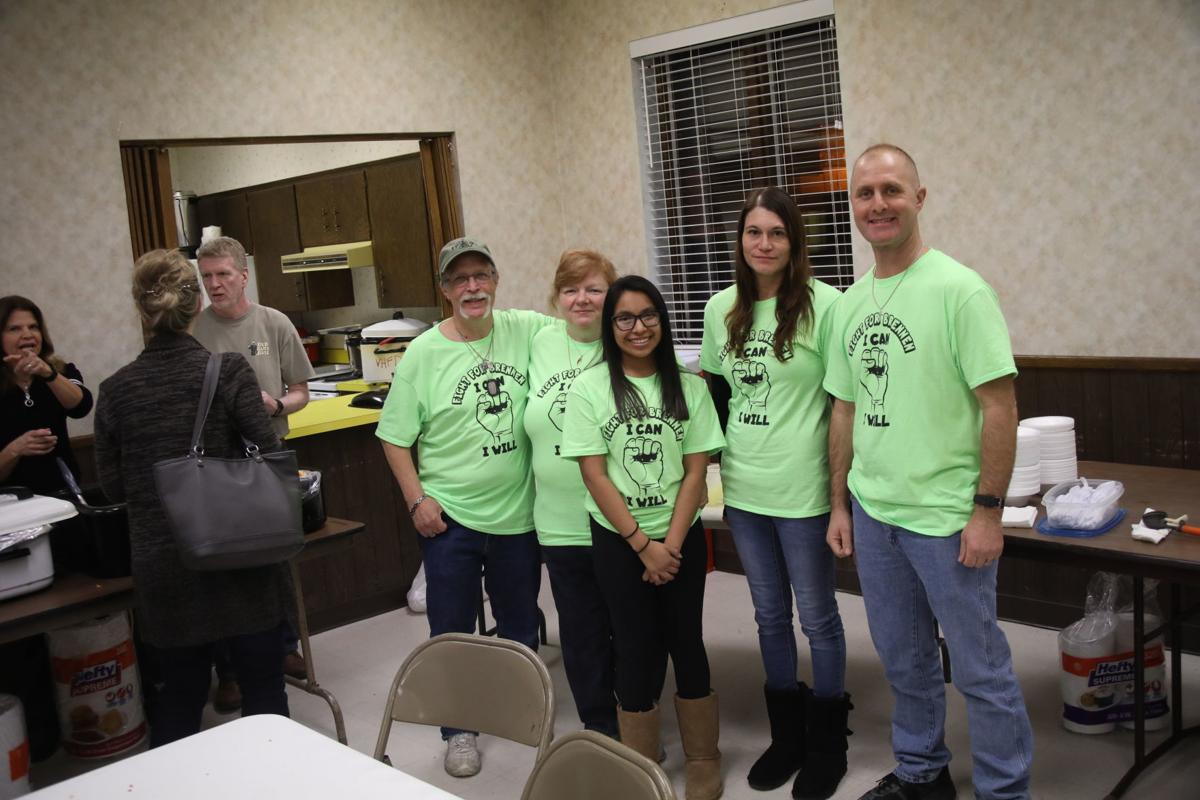 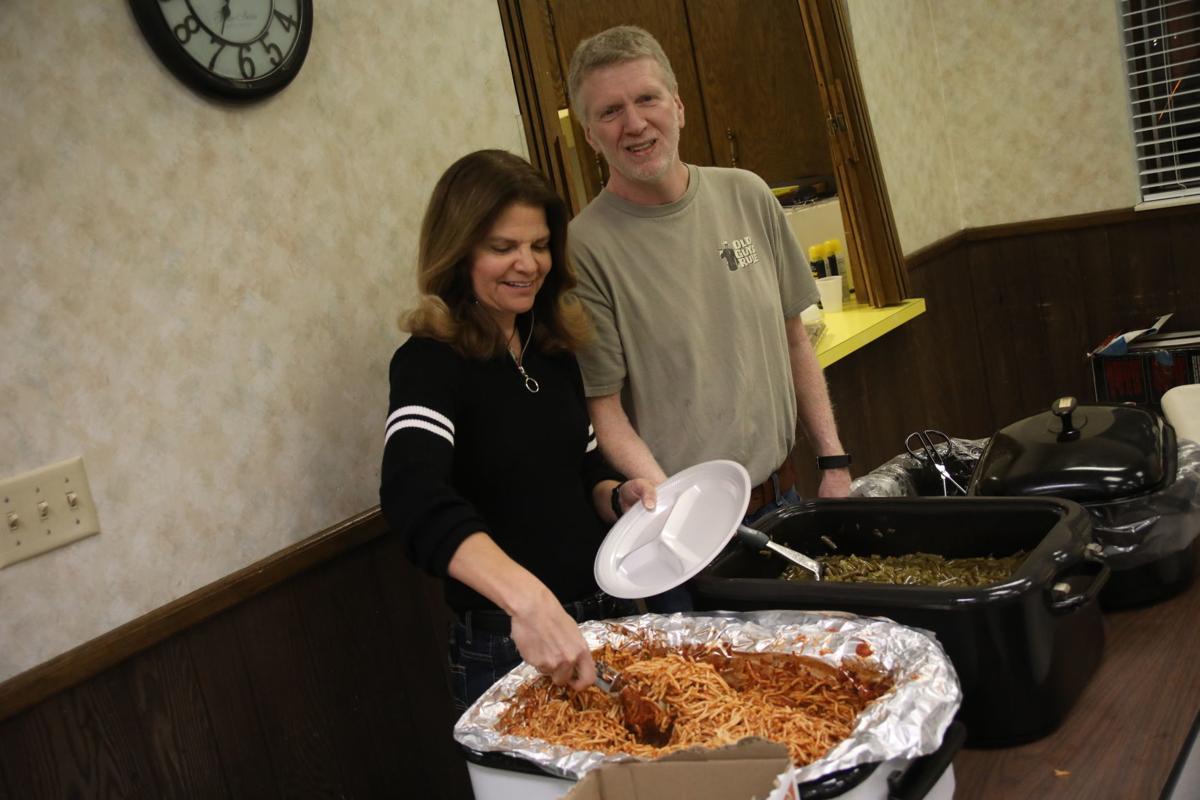 Val and Roger Craddock, Angela Ahrenstein’s aunt and uncle, served up meals during the Still benefit on Saturday, Feb. 8 at the Community Building.

Val and Roger Craddock, Angela Ahrenstein’s aunt and uncle, served up meals during the Still benefit on Saturday, Feb. 8 at the Community Building.

A month ago, Brad and Christine Still noticed that their 12 year old son, Brennen, was losing feeling on one side of his body. The family took him to doctor, where three more episodes prompted a recommendation to go to the children’s hospital in Iowa City.

“After a couple of weeks, we found out Brennen has a rare brain cancer almost like melanoma, but it’s not the same,” Brad Still said. “A person would get [melanoma] on their skin, but it’s actually on his brain. They can’t just cut it off.”

Brennen has only been to school a few times recently. Some days are good for him, but symptoms still remain during recovery. Support from the community has touched the Still family over the past month. One act of support came in the form of a spaghetti supper fundraiser by Angela Ahrenstein, 15, a friend of the family who organized the event on Saturday, Feb. 8.

“I’m really good friends with Brennen’s older brother and I couldn’t just let them go through this alone, Angela said. “Brennen is super sweet and his smile is one of the sweetest things.”

Ahrenstein and her family started organizing food for the benefit and putting posters around town to promote the event. The Community Building next to US Bank was rented for the evening as friends, family and complete strangers stopped in for a bite. Volunteers such as the Ahrensteins and their family served spaghetti, green beans, biscuits and desserts. The food was donated mostly by Fareway. Tootsies provided ice cream. The community provided the desserts. The Ahrensteins provided the drinks. Dawn White, Roger and Val Craddock, Brynn Staab, Becky Kuper & Maddy Beachamp and Karon Ahrenstein all acted as servers.

According to Ahrensteins, the benefit collected $3,446 for the family with an estimated 175 to 200 people in attendance throughout the evening. In addition, Teri Sellers contributed the hand made blanket for the silent auction. Dozens of tee shirts were sold through Tharp Design in Vinton and the net proceeds will be donated to the family as well.

“This is absolutely amazing and we absolutely appreciate it,” Christine Still said. “This is still unbelievable for me as a mother, but I also know I won’t lose my son. We’re going to keep fighting. We’re so grateful for all the support and prayers.”

The funds will help pay for out-of-pocket expenses and treatments for Brennen’s cancer. Ahrenstein explained her goal is “to make the Still family happy” and help them afford their expenses. She was happy to see the community come out and support the event.

Mostly clear early then increasing cloudiness after midnight. Low around 20F. Winds NW at 5 to 10 mph.