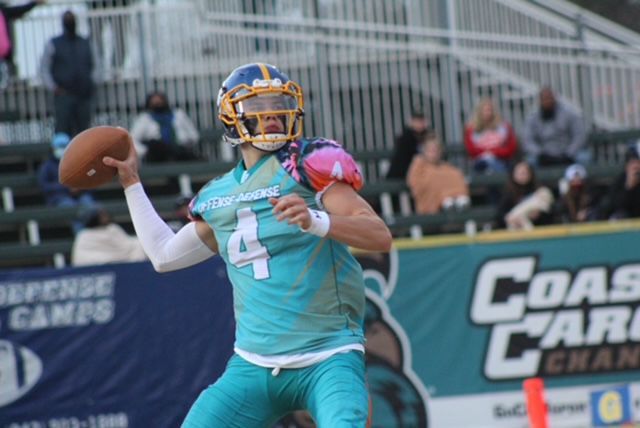 Colin Buch looks to throw deep late in the third quarter of the Offense-Defense All-American Bowl on December 30 at Pelicans Stadium in Myrtle Beach, SC. 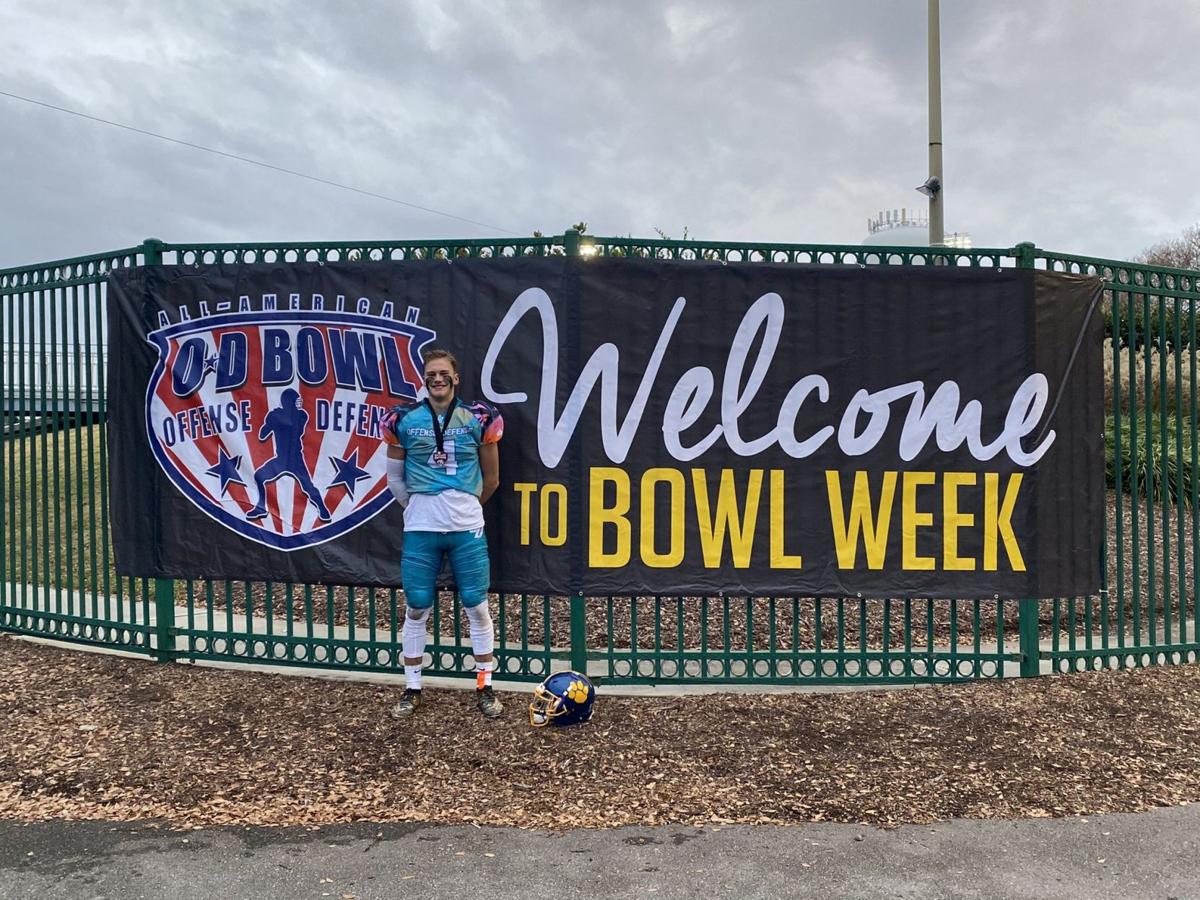 Colin Buch of Van Horne gets a photo snapped after the bowl game. The opportunity to play will act as a huge plus for Buch’s recruitment going forward.

Colin Buch looks to throw deep late in the third quarter of the Offense-Defense All-American Bowl on December 30 at Pelicans Stadium in Myrtle Beach, SC.

Colin Buch of Van Horne gets a photo snapped after the bowl game. The opportunity to play will act as a huge plus for Buch’s recruitment going forward.

It may be basketball season for Benton junior Colin Buch, but he ended 2020 in the pocket at quarterback for the Offense-Defense All-American Bowl in Myrtle Beach, SC from December 27-30.

“This experience was unbelievable,” Buch said. “It makes me appreciate football even more, knowing there are these types of events out there. I know many athletes don’t get to experience opportunities like this, so I feel fortunate and blessed to be invited.”

The Offense-Defense All-American Bowl hosts camps across the United States to select 90 percent of the athletes invited for their bowl series each year. Buch falls under the remaining 10 percent invited based off of game highlights they’ve posted from the fall season. His highlights from Benton’s season-opening win at Vinton-Shellsburg caught the eye of the owner of the bowl game and messaged Buch to apply. The honorable mention quarterback was then invited to the bowl game in South Carolina.

“I believe I got the invitation on a Tuesday night,” Buch said. “I was so excited and immediately told my parents and called Coach Goodchild to thank him for getting me to this point. We booked our plane tickets right after.”

Buch touched down in South Carolina on December 26, checking into his hotel and preparing for his first day of practice the next morning. He registered his jersey and picked up his gear for the first practice on the 27th during the day. His team mainly got to know one another and did skill drills. The next day, the team began to implement more offense and defense through practices during both the morning and afternoon.

“It was different for me for about an hour because I’m so used to throwing to the same guys at Benton,” Buch said. “I know where and how my teammates like to catch the ball, so it kinda messed with me at first to throw to new receivers. After I got the hang of it, we really began to build chemistry as a team. Everyone was really smart and able to pick up stuff quickly. I had a lot of fun with it.”

After finishing a morning practice on the 29th, Buch and his family did a little sightseeing in Myrtle Beach and played a round of mini golf. When game day came on the 30th, Buch treated it like he would any game day: eat a good breakfast, stretch, walk and stay hydrated. His team took part in warmups before and then hit Pelicans Stadium, a baseball stadium with the outfield converted into a football field. Buch’s team would lose 30-0 during the game.

“Our opponent outschemed us and defensively we gave up 30 points,” Buch said. “We never got an offensive rhythm going. We’d have a big play and then the running back would fumble or I’d get sacked.”

But winning wasn’t the main focus of this bowl game. Standing out to college recruiters was the real prize, and Buch felt he was able to do just that during the game.

“I think it showed that I can play with the best and I have what it takes to play at the next level,” Buch said. “People took notice and talked with me after the game. They liked my accuracy, my ability to throw on the run and my decision making. They want to see me step up in the pocket and look for more receivers. I usually look for one, maybe receivers and scramble. I need to look more downfield before making a decision.”

Buch hopes his play in the Offense-Defense All-American Bowl will jumpstart his recruitment as he hopes to play at the Division I or Division II level in college. More immediately, however, Buch believes what he learned from camp can propel him to a new level for his upcoming senior year at Benton.

“I’ve learned recently at any moment this sport can be taken away from you,” Buch said. “I’m thankful to my parents, my coaches, to God for getting me to this point. My dad has been a huge motivation for me, knowing he played for the Hawkeyes. He’s taught me you need to know the whole game, not just your position, and to play at the best of your abilities.”

Colin is the son of Doug Buch of Van Horne and Amanda Buch of Greenfield, WI. Buch is involved in basketball and track with Benton Community.

Cloudy with snow showers developing during the afternoon. High near 30F. Winds W at 10 to 20 mph. Chance of snow 40%.