State champion! VS senior Christina Harrelson knocked down 478 pins on her way to winning the Class 1A Individual Championship during the 1A State Bowling Meet on Monday. 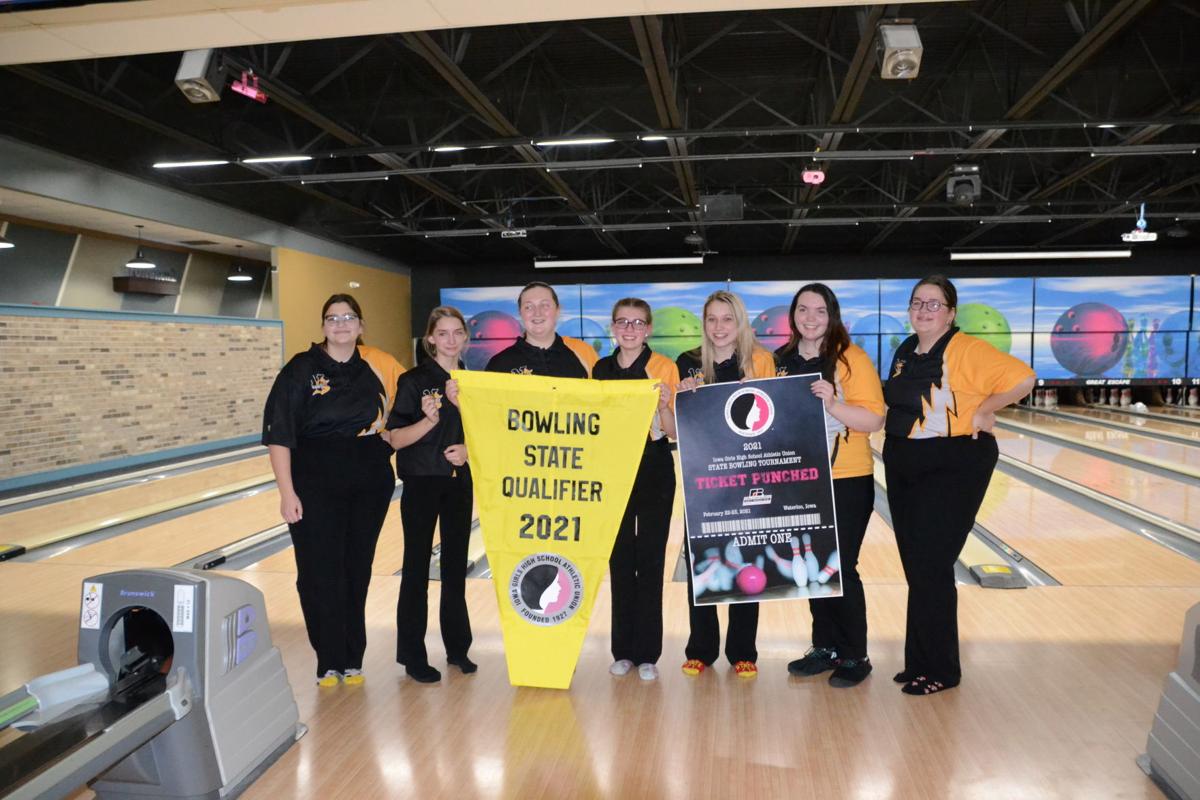 State champion! VS senior Christina Harrelson knocked down 478 pins on her way to winning the Class 1A Individual Championship during the 1A State Bowling Meet on Monday.

Christina Harrelson never saw Monday as her day. The Vinton-Shellsburg senior focused on her bowling and encouraged her teammates as they competed in the 1A Girls State Bowling Meet at Cadillac Lanes in Waterloo. It was only later on during the individual awards ceremony when it began to dawn on her. She had won the 1A individual title.

“When they reached the last couple of people, I realized I might have actually won,” Harrelson said. “I knew I would be in the top 10 individually. They reached third and then second place. I felt overjoyed.”

Harrelson can add state champion to her impressive resume. State 1A individual runner-up in 2020, team qualifier in 2019. But the accomplishment she’s most proud of is helping the girls team back to State this season, where they placed fourth in Class 1A with a pin total of 2739.

“It was fun to be there with the whole team and get to experience that with all of them,” Harrelson said. “I wouldn’t have made it up there without them.”

Her individual total of 478 pins put her 12 pins above this year’s runner-up. But nothing was special or different about her day. Coach Amber Pattee watched as Harrelson bowled “the way she always does” during her final meet in a VS uniform.

“Christina bowled the way she does every meet, and that to me makes her a better bowler,” Pattee said. “Her bowling all together is special. She has that talent.”

Each of the five scores counted for the team total were over 300 at State. Junior Jozee White knocked down 386 pins, freshman Tori Elwick 324 pins, senior Jenna Pattee 320 pins and junior Anna Becker 316 pins.

“We knew we had every chance to win State as a team if we were all on,” Pattee said. “My expectation was to give everything and finish where we would finish. I’m happy with how we went out with a bang.”

WaMaC Conference champions, State qualifiers, fourth place in Class 1A, a state champion. All after a heartbreaking 2020 season, when the team’s expectations were not met. It was a special 2020-21 season.

“I’ve known these girls pretty much most of their school careers,” Pattee said. “It was special to see these seniors, including my daughter, have so much fun and never give up. They fought until the end. Even the crowd could see it. The camaraderie this season was wonderful.”

Harrelson will graduate in May and continue her bowling career next at Coe College, signing with the Kohawks back in October. But the success at VS will continue to roll on, Harrelson strongly believes.

“As long as they are working as a team and putting their best effort in with each meet, I’m sure they’ll be back to State,” Harrelson said.

VS boys bowling is next up on Wednesday at Cadillac Lanes in Waterloo in the afternoon.