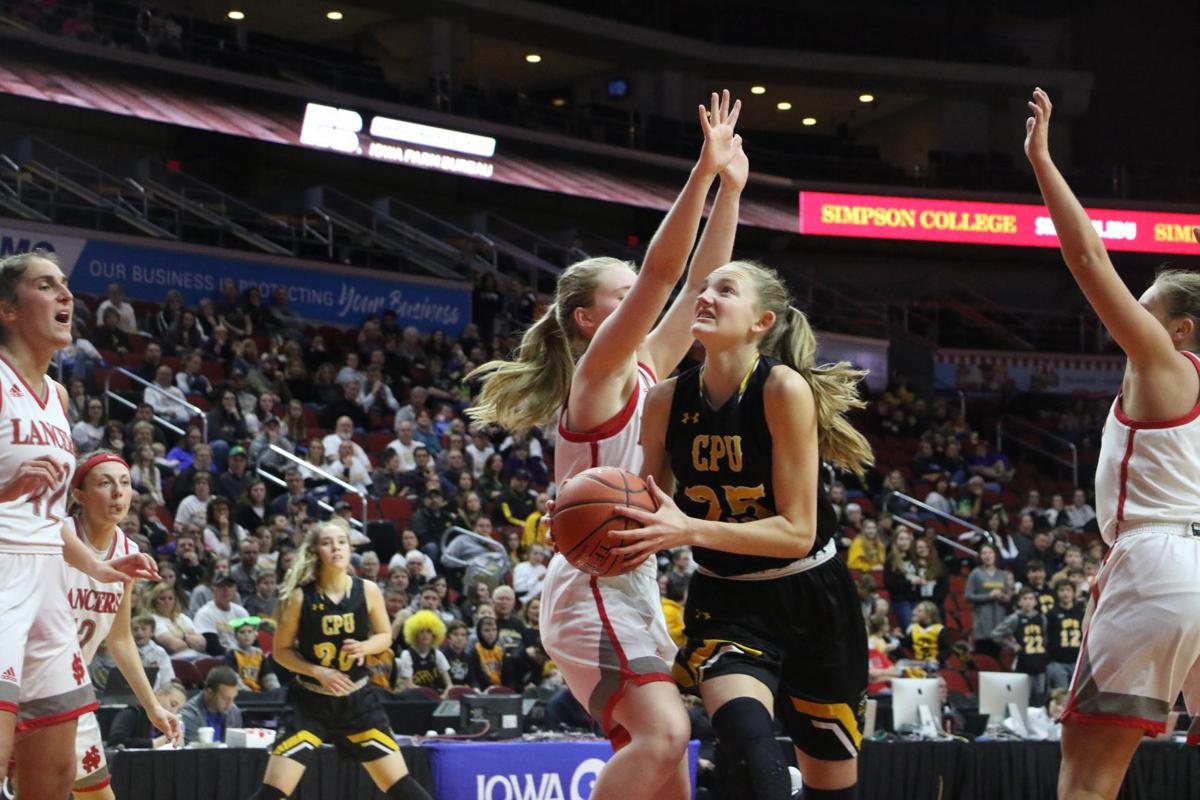 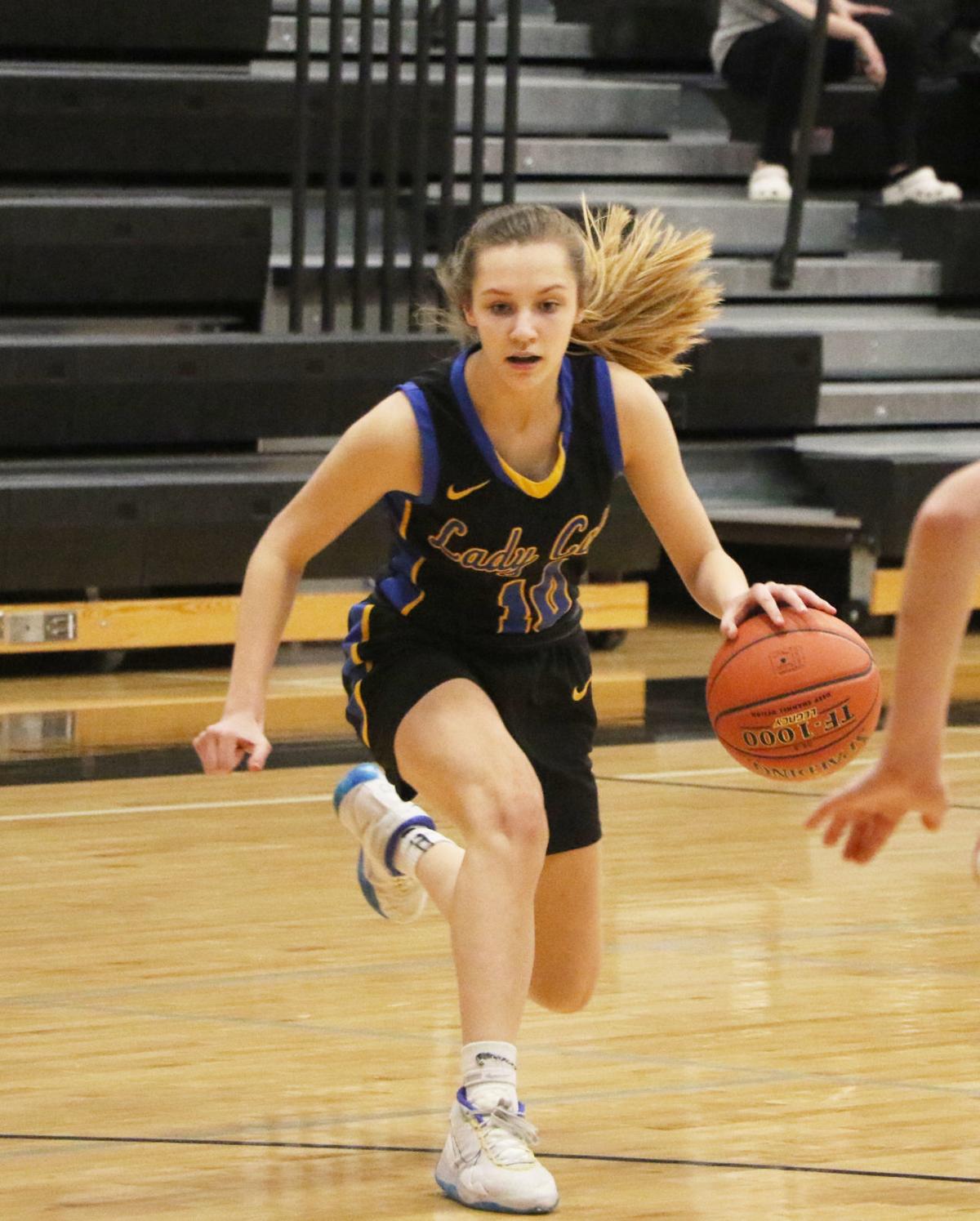 Benton freshman Jenna Twedt was a unanimous first-team all-conference selection in the WaMaC West and was the only freshman in the entire conference to be selected to either the east or west’s all-conference teams. 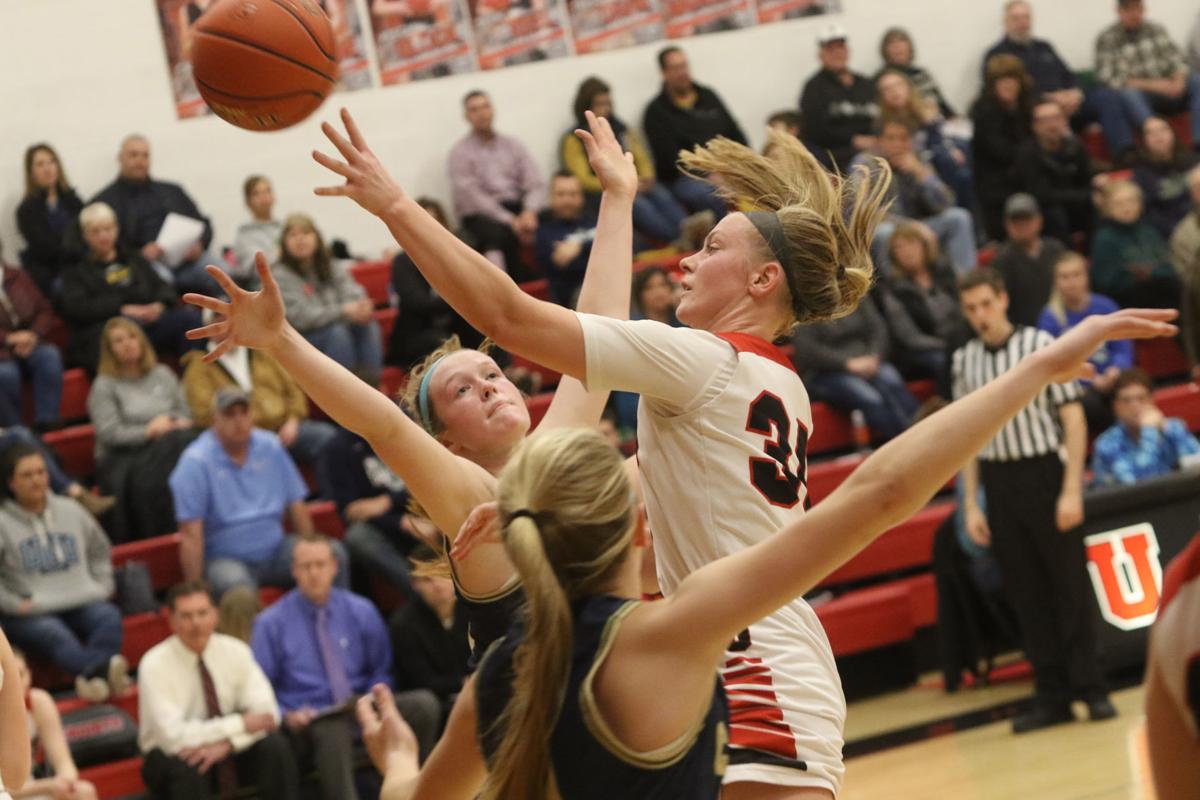 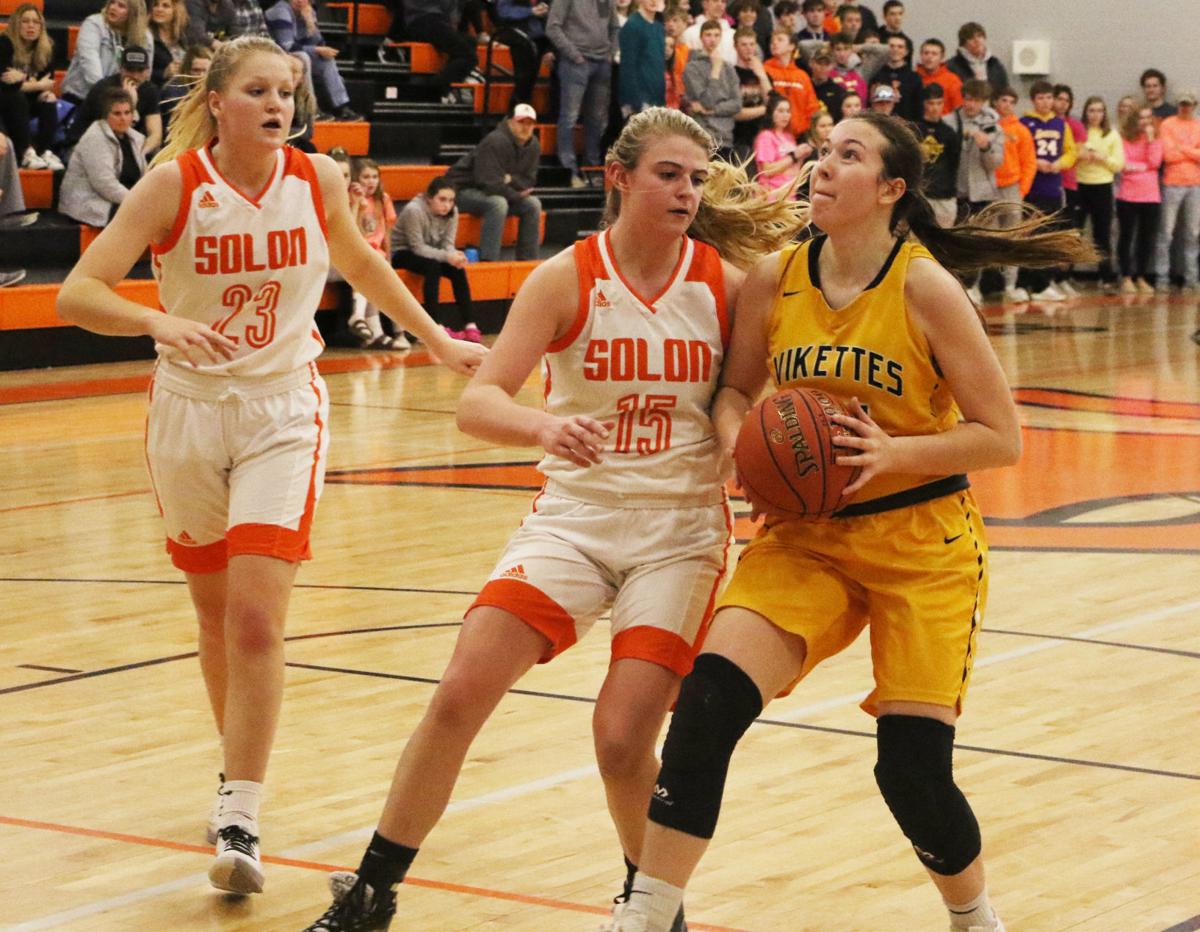 Vinton-Shellsburg junior Lucy Howes-Vonstein drives to the rim at Solon. She posted a career-high 28 points in the Vikettes’ regional quarterfinal win.

Benton freshman Jenna Twedt was a unanimous first-team all-conference selection in the WaMaC West and was the only freshman in the entire conference to be selected to either the east or west’s all-conference teams.

Vinton-Shellsburg junior Lucy Howes-Vonstein drives to the rim at Solon. She posted a career-high 28 points in the Vikettes’ regional quarterfinal win.

There were some great storylines to follow in the 2019-20 high school girls' basketball season. Center Point-Urbana proved that moving up a class couldn't deter it from a state semifinals appearance. Vinton-Shellsburg recorded its first winning season in a decade under a first-year head coach. Benton saw an emerging star make her debut in style.

It's hard to pick a single player out of the beautiful fray. There were standouts on every squad in the area. This is where we need your help.

We will take the opportunity to list out the accomplishments and their context to our readers. You, in turn, have your say. There is a new poll up on our website for you to vote on the area's top girls' basketball player of the season.

Of course, this can quickly turn into a popularity contest. That is, after all, the basis on which every public poll is built on. To help mitigate that, we will try to be as unbiased as possible by listing stats and accomplishments that won't give away the identity of each candidate until the end of this article. To vote your conscience, simply vote before you reach our spoiler section at the end. If you don't plan on voting online at communitynewspapergroup/vintonnewspapers.com/sports, you are more than free to read on to the end with no breaks.

She led her team with 10.5 points per game while nabbing 5.8 rebounds per game, good for ninth and 10th in the conference, respectively. Her 71.4 percent mark from the free-throw line was good for fifth in the league among those with more than 70 attempts. Her 2.4 steals per game rival most others in the conference as well.

She garnered 16.2 points per game over the course of the season, good for third in the conference and first on her team. However, her true mark may have been made on defense. Her 51 blocks and 91 steals both lead the conference, just edging out one of her teammates in each category. Her 6.3 rebounds per game also just clipped her teammate for fifth in the league.

So, have you made your decision? Which of those four players were the best of the best this season? Vote now in the poll below and to the right.

Before revealing the players, please allow us to note that it was a tough decision to narrow down each team to a single player. Basketball is one of the ultimate team sports, and none of these players might not be as great as they are without the support of their teammates. Assists and points couldn’t be had without a key backdoor pass or someone else boxing out an opponent.

With that said, the reveal is as follows.

With senior point guard Taryn Sutton under the weather with an illness, Howes-Vonstein stepped up big time for her team in its regional quarterfinal against Solon. She put up 28 points while shooting 4-of-7 from deep to lead the Vikettes to their first winning season since 2010.

“After the game, I was shaking,” she said afterward. “Just looking at everyone [in the locker room], all the hard work we’ve done, I literally got goosebumps.”

Howes-Vonstein will lead the Vikettes along with fellow senior Kayla Griffith next season.

“She’s doing a nice job as our floor general.”

Those were the thoughts of Bobcats head coach Jeff Zittergruen early in the season. Way back on Dec. 16, after a 47-30 win over Mount Pleasant, Twedt put up 15 points and recorded six steals and six assists. Amazingly enough, it wouldn’t be her most impressive outing of the season. That probably came on Jan. 31 in Benton’s 56-16 win over South Tama in which she scored 28 points with another impressive night on defense with six steals and another five assists.

She ended her season in style with a 24-point performance in the regional quarterfinals against Williamsburg and will look to lead a relatively young team moving into next year.

The Mount Mercy softball commit had her shining moment.

As one of five seniors on a short Union roster, Tecklenburg recorded 14 points in the Knights’ overtime win against Sumner-Fredericksburg on Senior Night. She also came away with eight rebounds and a pair of steals in the Knights’ final home game of her career.

“I think we just realized that we need to relax and play basketball,” she said afterward. “Have fun but stay intense.

“The last four years have been filled with ups and downs for me” Tecklenburg said. “I’ve learned a lot, and I’ve enjoyed every second. Tonight’s game is definitely my best memory, hands down. It’s awesome that my last memory in our home gym is such an exciting game with so much energy.”

This was probably the toughest choice of any team to come down to a single player. Goebel just edged out senior Adrianna Katcher by fractions of stats in several categories, including rebounds and steals. Where Goebel got her edge was on the offensive side.

Goebel’s best games weren’t necessarily her highest-scoring outings. Her late steal and free throw against Waverly-Shell Rock put her at just seven points for the game but capped a comeback worthy of the history books in the state tournament quarterfinals. Against eventual champion North Scott in the semifinals, she carried the team offensively in the second half, putting up 15 points throughout the afternoon while grabbing nine rebounds, six of them on the offensive side.

With Katcher and fellow seniors Bryn Hadsall, Lauren Dufoe and Peyton Kriegel graduating, it’ll be interesting to see how Goebel does with a new supporting cast heading into the 2020-21 season.