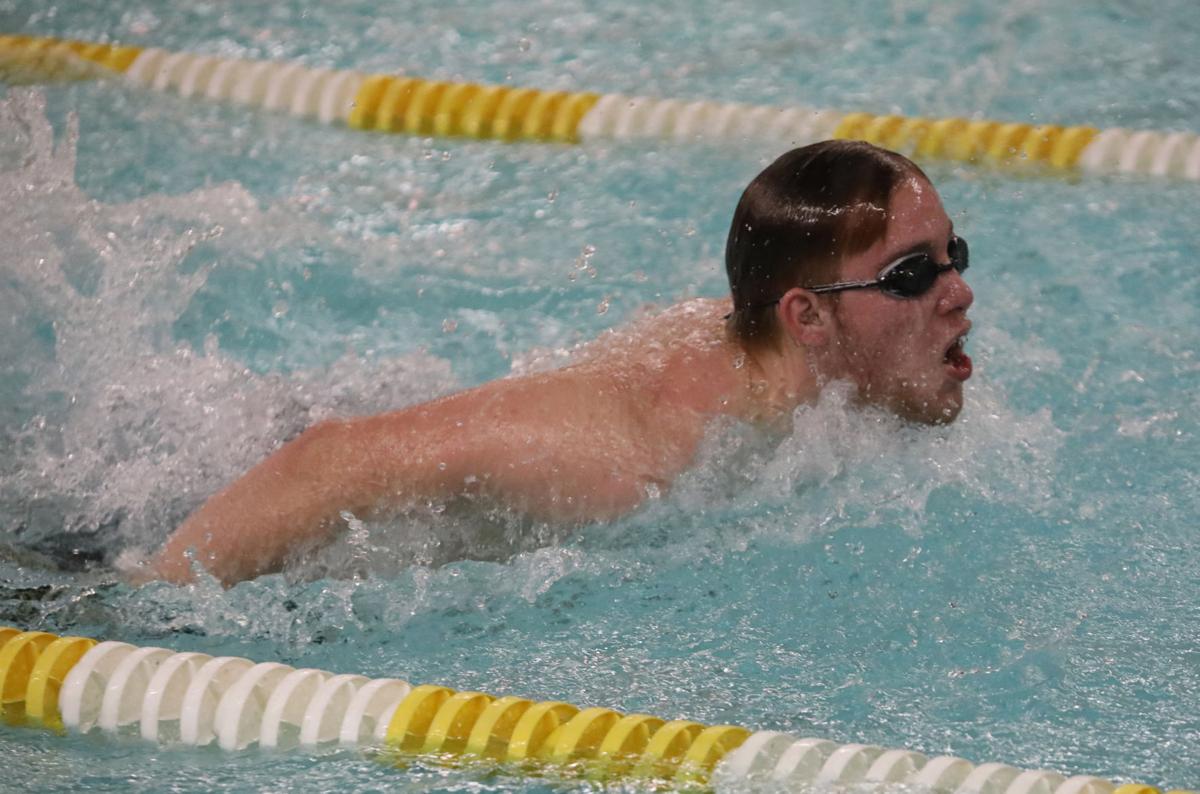 VS senior Andrew Jessen swims in the 160 Medley during a home meet versus Grinnell on Tuesday. 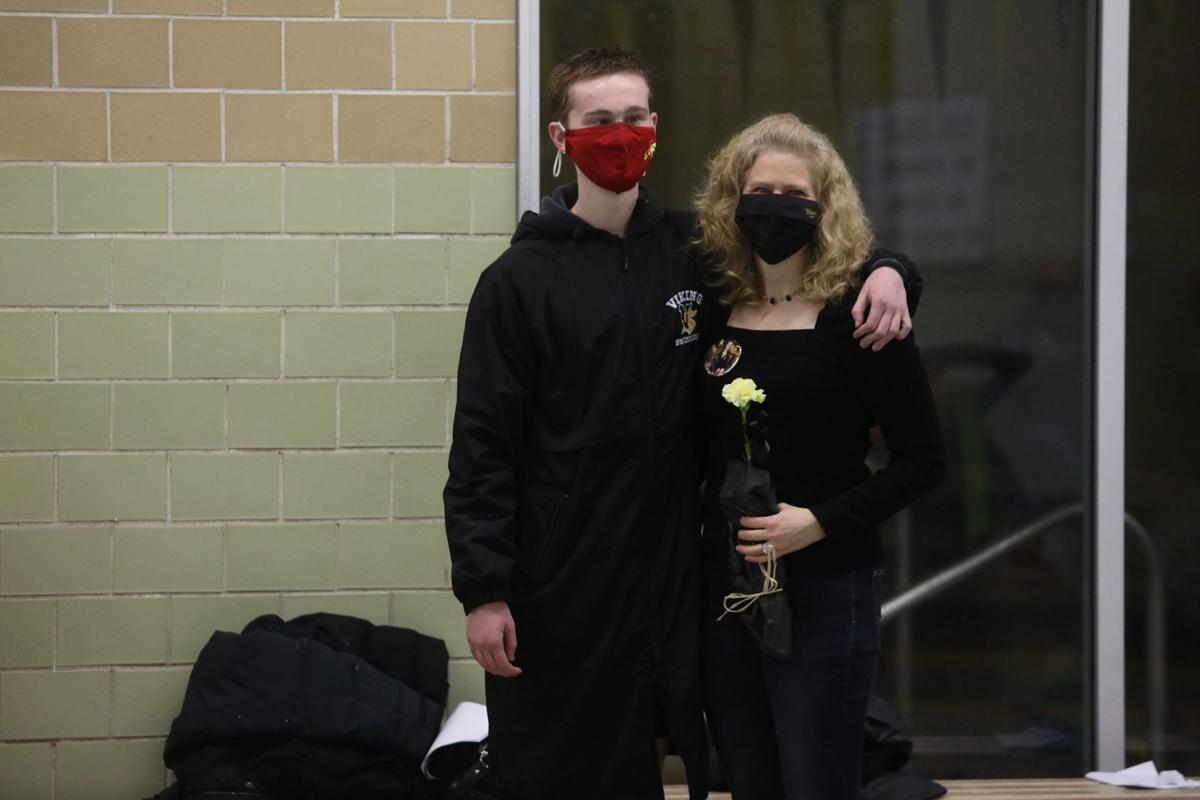 VS senior Elias Colsch and his mother, Susan, pose for a photo during Senior Night recognition on Tuesday.

VS senior Andrew Jessen swims in the 160 Medley during a home meet versus Grinnell on Tuesday.

VS senior Elias Colsch and his mother, Susan, pose for a photo during Senior Night recognition on Tuesday.

One and half seconds. That’s all that truly amounted to Vinton-Shellsburg swimming defeating Grinnell 50-44 on Tuesday during Senior Night for the first time in approximately 15 years.

“We won by six points, but you can break it down to we really won by about one and half seconds,” coach Robert Levis said. There were a number of tight races all night and we won nearly all of them. Sometimes looking at the score does not fully depict how close a meet really was and how easily it could have gone the other way.”

According to Levis. four races in particular held the key to their momentous win. The second 160 Medley relay team of Wes Farrell, Ryan Williams, Reid Hermanson and Elias Colsch edged out their competitor by four seconds and created a two-point swing for the Stormin’ Vikes. The 200 Free saw sophomore Ian Allsup win the event with a time of 2:00.88, but VS needed more than just Allsup to place first. Freshman Aleric Weber stepped up to take the third place points with a time of 2:13, cutting five seconds off his time.

Another two-point swing occurred in the 60 Free as senior Andrew Jessen defeated a higher-seeded Grinnell swimmer by half a second for third. Levis noted freshman Wes Farrell came from behind to get third in the 100 Back against another higher-seeded opponent, dropping almost two seconds in scoring that point and swinging the standings by another two points.

Sometimes looking at the score does not fully depict how close a meet really was and how easily it could have gone the other way,” Levis said. “Despite the small crowd there was a lot of energy as the guys knew the score, knew what they needed to do and then got it done. We hadn’t beat these guys in at least 12-15 years and so the win is great. What was so impressive wasn’t the win, but getting to watch these guys rise to the challenge and find a way to win.”

“First and foremost, these are really great guys who are all honor roll students and work hard,” Levis said. “The joke last night was Andrew mentioned that his favorite memory of swimming were the breakfast burritos on Saturdays for away meets. Isaac recruited him to swim, so afterwards he felt he should have said ‘Isaac getting me out for swimming because of the breakfast burritos.’ This will be a tough group to replace after the season is over.”

The Stormin’ Vikes will travel to Marshalltown on Saturday for a meet, and you can be sure breakfast burritos will be included. VS will face Williamsburg again on Tuesday and again at Williamsburg alongside Burlington on January 21.