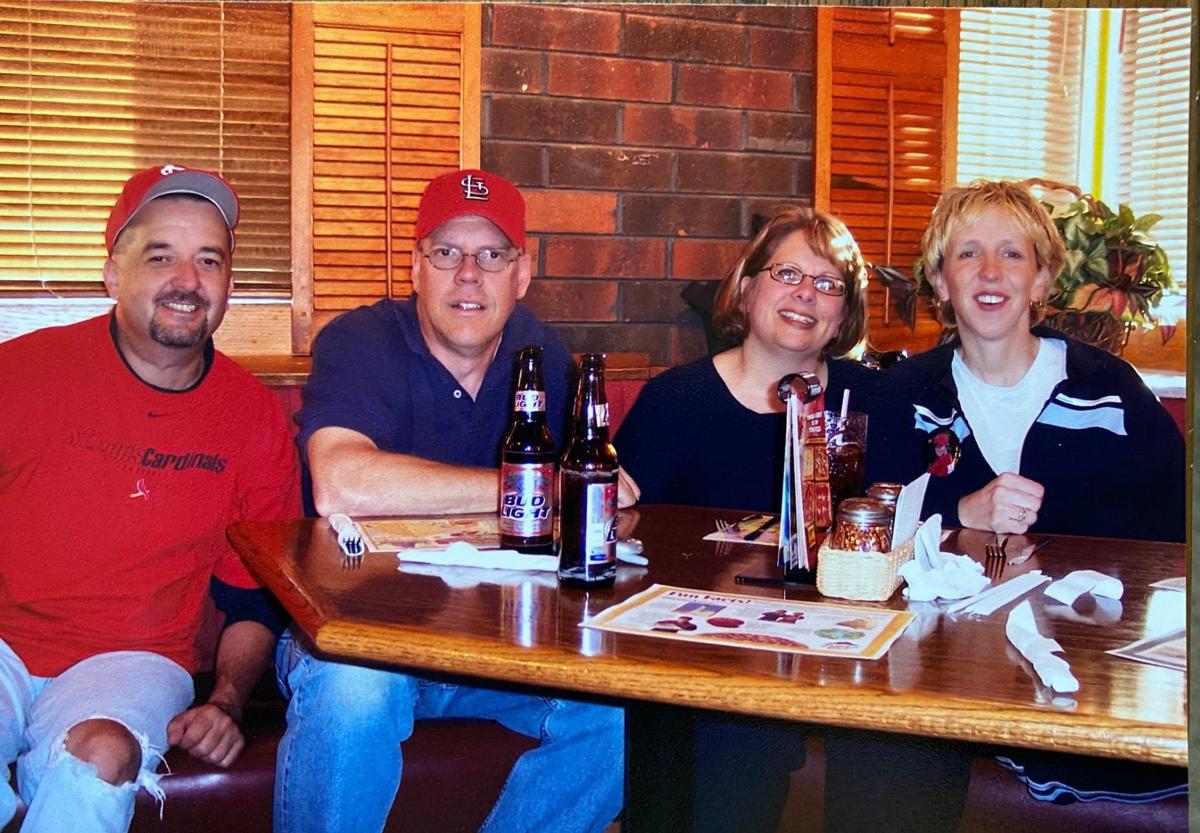 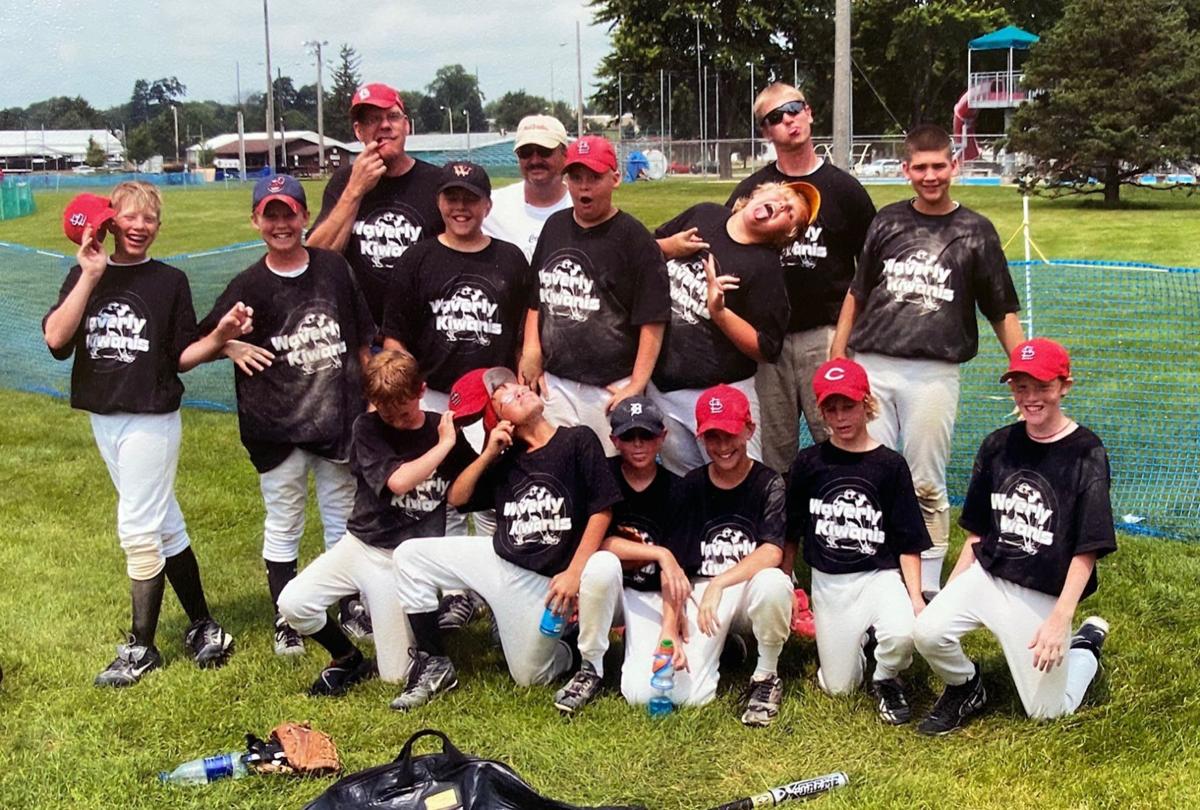 Top: Dave Gade and his Little League team take a goofy team photo. Above: Dave and Becki Gade, right, have dinner with her late parents, Gordy and Ruth. 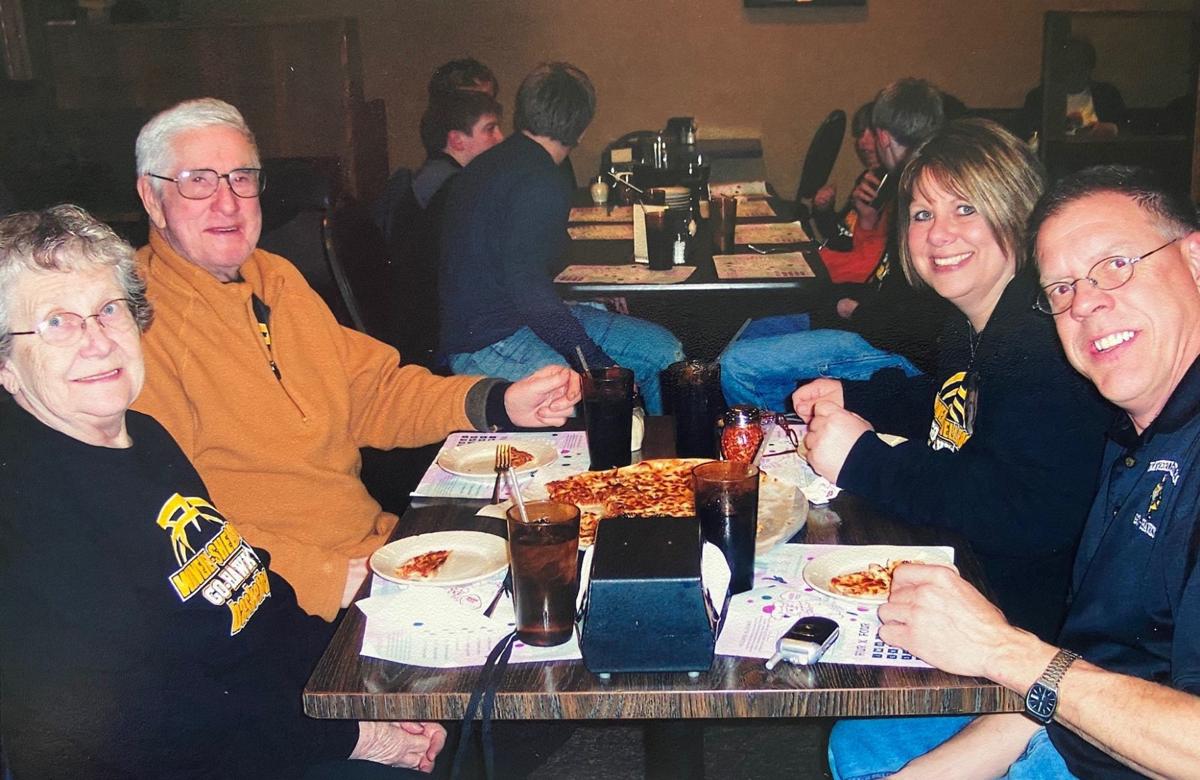 Dave and Becki Gade, right, have dinner with her parents, Gordy and Ruth Foster, in this family photo. 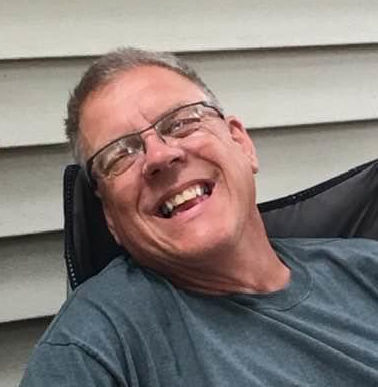 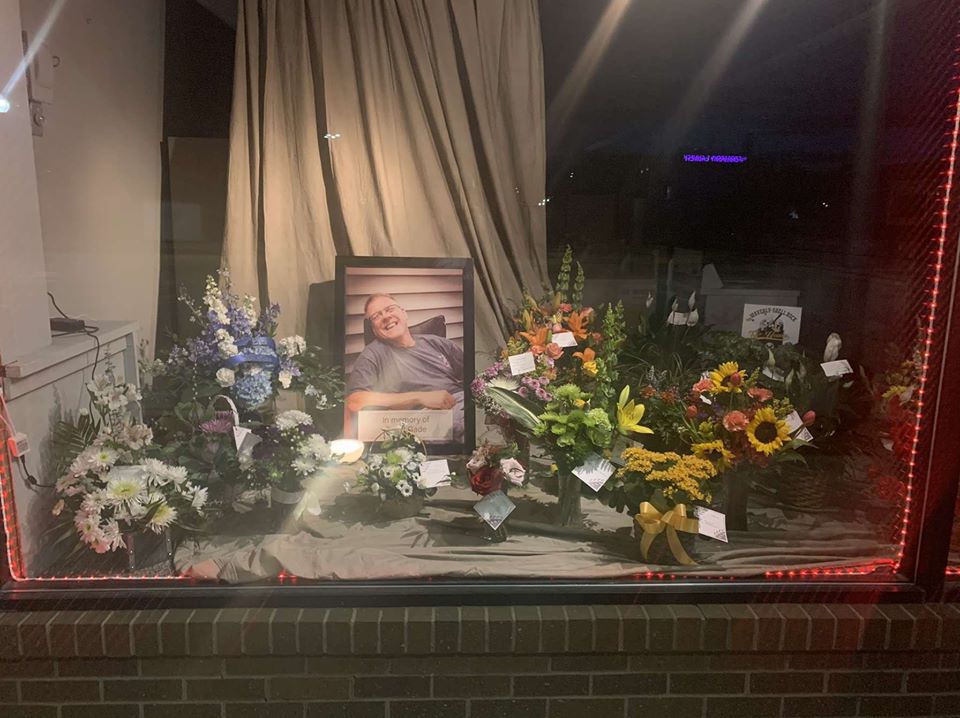 Gade’s Appliance decorated its shop window with a tribute to one of its co-owners, Dave Gade, who passed away May 9 at age 63.

Top: Dave Gade and his Little League team take a goofy team photo. Above: Dave and Becki Gade, right, have dinner with her late parents, Gordy and Ruth.

Dave and Becki Gade, right, have dinner with her parents, Gordy and Ruth Foster, in this family photo.

Gade’s Appliance decorated its shop window with a tribute to one of its co-owners, Dave Gade, who passed away May 9 at age 63.

He went by many names.

His high school buddies nicknamed him Goby; his best friend, Kevin Wood, called him Louis; and for his father-in-law, Gordon Foster, on whose softball team he played, he was just Louie.

But no matter what name he went by, David L. Gade, was the same good-natured, hard-working, easy-going guy who made his community, and the world, a better place.

He passed away unexpectedly on May 9, at the age of 63.

Swift as it was, his departure, stunned his family and the community.

That it happened in the midst of the coronavirus pandemic, where additional restrictions were put in place for funeral services and visitations, added more pain to the grief of mourning.

As per pandemic guidelines, the funeral services took place in a private setting, and the celebration of life was carried on the Kaiser Corson Funeral Home’s Facebook page.

In so many ways, with his worth ethic, his priorities and his focus on continuing the legacy of two generations of business owners prior to him, Dave epitomized the best qualities of a businessman in a small, tightly-knit community.

Put otherwise, Waverly thrives on the resilience of business people like Dave, on their ability to offer unparalleled service and on their loyalty to the town and its people.

Waverly was the town where David was born, where he grew up, where he raised a family, where he, along with his family, ran Gade’s Appliance, at 223 W. Bremer Ave., a multi-generational successful business, where he played golf and where he gave back — and generously — to the community that nurtured him.

He gave it all — from his smile to his services, and always with a lot of grace.

It was this natural grace, his innate humility, his compassion and patience that made him who he was.

One of his friends, Bill Withers, who spoke virtually at Dave’s celebration of life ceremony, highlighted exactly those qualities in his remarks.

A former Wartburg professor and now the executive minister at West Des Moines Lutheran Church of Hope, Withers showed deep emotion, as he listed the virtues his departed friend exemplified.

“But those who hope in the Lord will renew their strength… do not fear, for I am with you; do not be dismayed, I am your God. I will strengthen and help you…when you pass through the water, I will be with you.”

Reflecting, later on, on their friendship, Withers added:

“Dave embodied all these traits in all he did for us, and you could just see it in his face,” Withers told Waverly Newspapers, summarizing the message he shared with the family during the funeral services.

Pastor Larry Trachte, who delivered the eulogy, also emphasized Dave’s character and his willingness to help others.

However, only so many words can be spoken in an eulogy.

Only so many words can be contained in an obituary.

That’s why the story of Dave’s life, which has been in the writing for all the 63 years he shared with his loved ones, is somewhat easier told in deeds.

It is action, not just words, that make the life Dave Gade lived into a powerful community memorial, one that encapsulates all the big and life-changing transitions in a man’s life, like his marriage to the love of his wife, Becki, on March 4, 1978, at St. Paul’s Lutheran Church in town; like the birth of their two sons, Isaac and Alex; like his commitment to running a third-generation business and surviving the flood of 2008, along with many other of life’s ups and downs.

He was a loving son, husband, father, uncle and loyal businessman beloved by his customers and employees. He was also an avid New York Yankees and Iowa Hawkeyes fan.

But the mosaic of his life is also enriched by the little, anecdotal vignettes of daily existence, by the small shards of seemingly insignificant stories, like a kindness to a stranger. He was a registered organ donor, and in an ultimate illustration of his dedication to humanity, in his death, he helped other families.

All of these stories, big and small, some told, some yet to be shared, stand in for the legacy he leaves behind.

Born on May 3, 1957, in the family of the late Wayland D. and Bernice (Boerschel) Gade, he became a pillar of loyalty and love for his family and his community.

“He was there for all of us,” said Wes Gade, his nephew. “It wasn’t just us, it was everybody.”

He umpired with his father-in-law, Gordy, and coached his sons and those of many others in sports. Positivity was his main coaching tool, which allowed the kids to enjoy the activity.

Turns out Dave had a knack for playing guessing games with his nephews and nieces, and, an equally memorable talent of making graham cracker pies and dropping them off at their houses for no particular reason.

“He would just drop it off and give it to you, it would taste so good,” Wes said. “I don’t know a pie that is better anywhere.”

Dave’s honesty as a businessman and his eagerness to help his customers get the best value created lifelong loyalty in the community.

“He always went the extra mile when it came to selling, installing and servicing appliances,” Jennifer Staines wrote. “He will be greatly missed.”

In this and other public comments on social media, the community expressed its gratitude for Dave’s selfless service.

Another customer, Joanne Jones, mourned his loss and praised his honesty in this way:

“This is so sad and shocking and such a loss for our community,” she wrote. “I can’t tell you how many new appliances we wanted to buy, but Dave always insisted on fixing the old ones! And he always did, with a smile and an uncanny ability to find the part we needed to get our appliance on its feet again.”

Ann Seggerman, a Waverly businesswoman, said in Dave, the community has lost a great man.

“Waverly is fortunate to have Gade’s Appliance in town,” she wrote. “Dave Gade was a gem and we will feel a void in our community. We just saw him May 1 as he rushed a part to Shawn and Rachel’s house to fix their refrigerator before the weekend.

“No job was too small for him to take seriously. He told 4-year-old Emerson to always kiss her parents before she goes to bed.”

Withers, the longtime friend, shared three telling pictures with the mourners at the funeral.

One was of Dave coaching the little league team; another one with Becki and Dave, along with his in-laws, Gordy and Ruth, and a third one with the Gades and Bill and Linda Withers, enjoying an evening out during a friendship that lasted over 20 years.

“Dave’s enduring legacy is that of a third-generation business and community leader, but more importantly, as a caring husband, father, family member, and friend – Linda and I remember him as being so happy and positive with all he crossed paths with,” Withers told Waverly Newspapers. “As we walked by Dave at the funeral home viewing, Linda remarked, ‘Goodbye friend, and thanks for the laughs; I’ll see you later.’ I closed my eulogy with those words… We will miss him and his business leadership in the community.”

Showers likely along with a possible rumble of thunder this morning, then cloudy skies this afternoon. High 74F. Winds N at 10 to 20 mph. Chance of rain 70%.