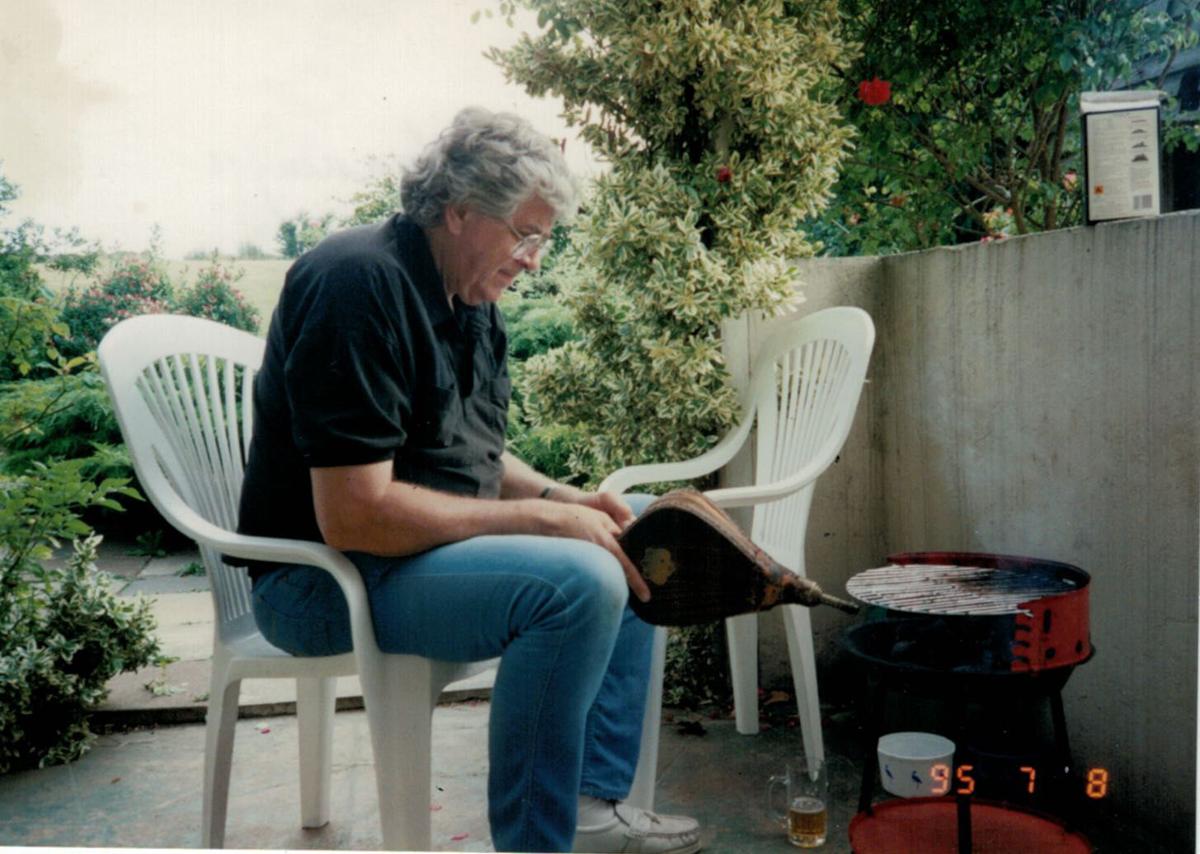 John Culbertson tries out the bellows to attempt to start charcoal on fire. 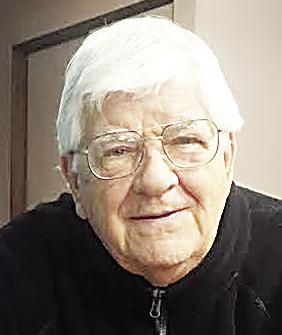 After a good night’s rest in the nicely appointed guest suite in the home of “Oscar” and “Olivia," Myrna and I were greeted with a wonderful morning surprise from our hosts. They had invited four other coupes to join us for an exquisite breakfast.

There were a dozen of us, including Olivia and Oscar, seated around an elegant old banquet-style table. The menu was more American than English – obviously selected in Myrna’s and my honor. Champagne for starters, along with freshly squeezed orange juice was served in lovely antique crystal ware. Next came round fluffy pancakes with real maple syrup. We, and the other guests, were impressed and the table conversation became jolly. Oscar retreated to the kitchen again, and soon we were treated to slices of thick, whole-grained toast accompanied by an array of homemade jams and jellies – and, of course, fresh marmalade. Again, Oscar disappeared to the kitchen. Some of us thought he was doing dishes because of his lengthy absence from the table. But for the most part his absence went unnoticed as wonderful conversation flowed. Finally, Oscar reappeared carrying a huge tray of two-dozen absolutely perfectly basted eggs surrounded by slices of crisp bacon. Proudly he served each one of us two eggs and two rashers of bacon, amid hearty compliments from everyone. One guest stood and offered a toast to Oscar for his basted eggs – a platter of 24 perfectly basted eggs. One of the lady guests asked, “But how did you ever make all of them so perfect?” Oscar was pleased and with an impish grin made a bow English style.

After the breakfast party was over and the other guests had left, Myrna and I joined Oscar in the kitchen to help clean up. But he would not hear of it and shooed us out – but not before we noticed dozens of cooked eggs – discarded because they had not met his standard of perfection.

That night our hosts threw an outdoor dinner party – just like an American BBQ. Oscar handed me an ale and said, “I want you to grill.” I thought, “Good grief, he is bestowing another honor on me.” I saluted him with my bottle of ale and said, “O.K., where’s the grill?” He led me to an old run-down shed near his garden and rummaged around, finally coming up with his grill. What a sight! It was ancient – a small 14” table model. Covered with rust, it hadn’t been used in ages. Oscar’s eyes lit up as he said, “This is it.” In disbelief, I thought, “What have I gotten into?” I cleaned it up as best I could. Oscar brought the charcoal to me in an old banged-up metal pail. But the charcoal didn’t burn when I tried to light it. Oscar, who was my self-appointed helper, said, “Just a minute,” and dashed off to that old shed. He returned, a big triumphant smile on his face, and said, “This will work!” He was holding an old-fashioned, leather, fireplace bellow. I grinned and thought, “Isn’t this an interesting solution?” We took turns pumping the bellows for all we were worth and slowly the coals started to burn. Our efforts drew the guests over to the grill, where they stood in a circle sipping their ale. They had a lively time watching the spectacle and remarking to each other about the Englishman and American – grilling in jolly old England.

While I worked the bellows, Oscar scooted in the house and returned with a platter piled high of some of the most perfect lamb chops one would ever see. “Oh, no!” I thought, “I’ve never done lamb before – and besides neither Myrna nor I like lamb.” But I managed as Oscar and I took turns pumping the bellows – and somehow we got the job done. Both he and I received glowing plaudits from the guests for our “smashing” good grilling job. One guest raised his bottle of ale and said, “A toast – A toast – for bloody good chops!” I cringed when I heard “bloody” but Oscar beaming from ear to ear, saluted me, handed me another ale and said “So John – have another go.” (“Have a go” is an English expression which can have many meanings depending on the context. In this story it means “Let’s have another Ale.”)