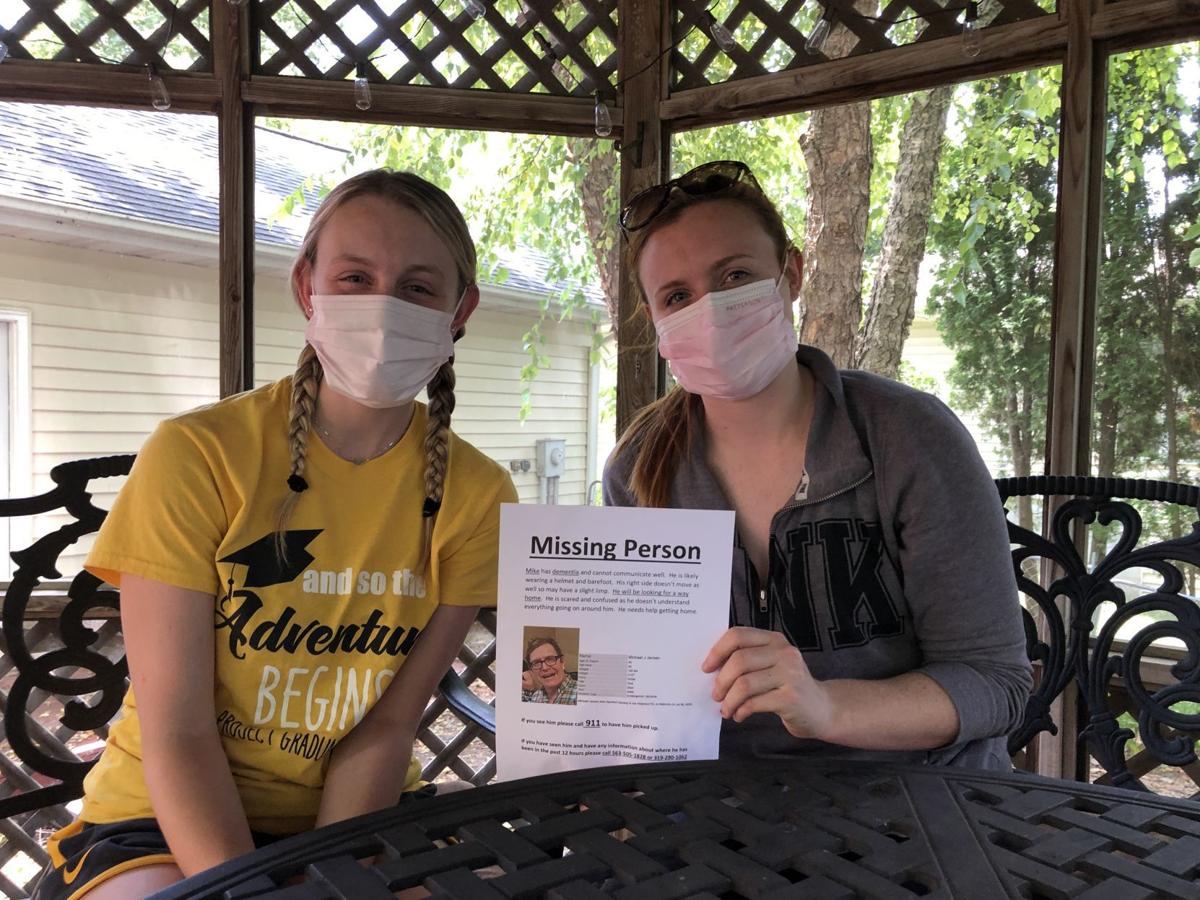 Allie and Aria Jensen hold a missing person poster for their father, Mike, who was reported missing since Monday. 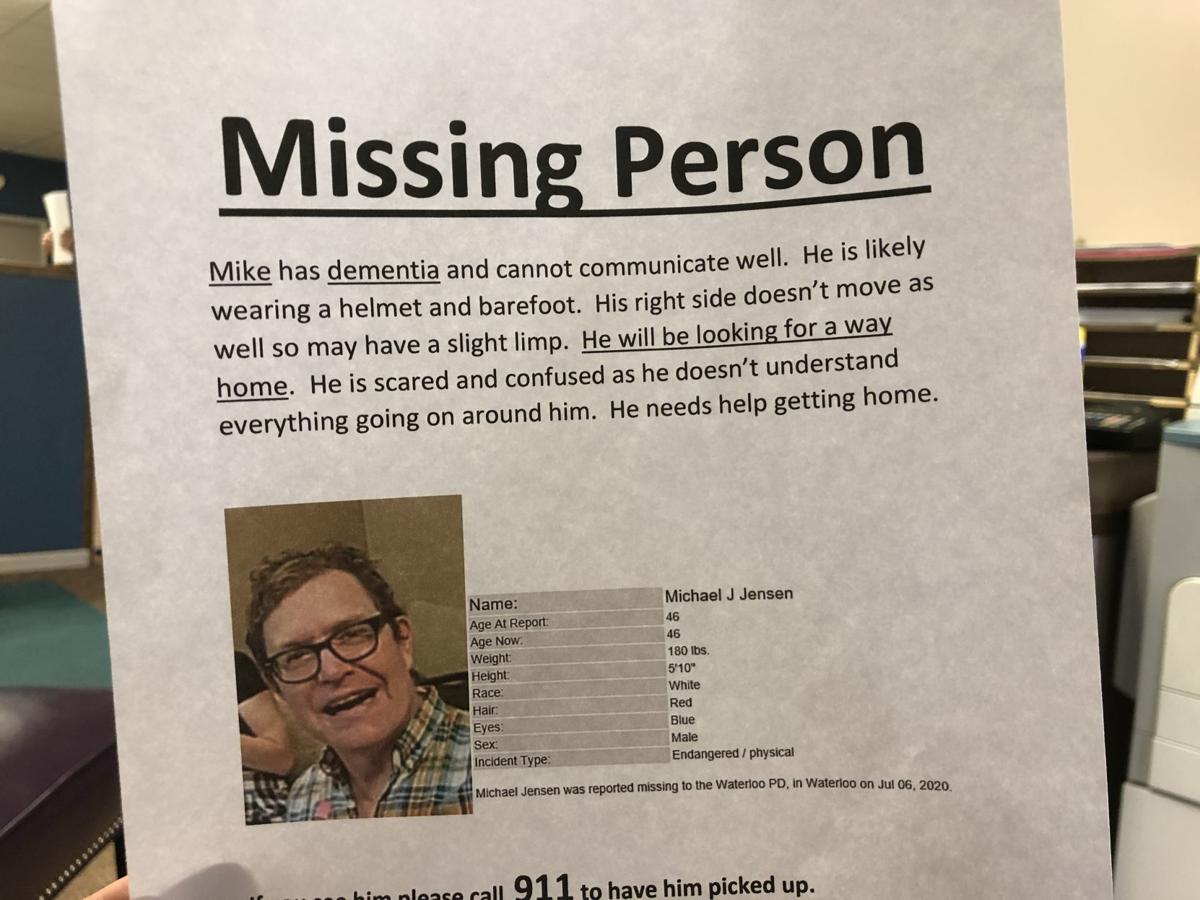 A close-up view of the missing-person photo for Mike Jensen. He was last seen on Monday at Ravenwood Health Care Center in Waterloo. 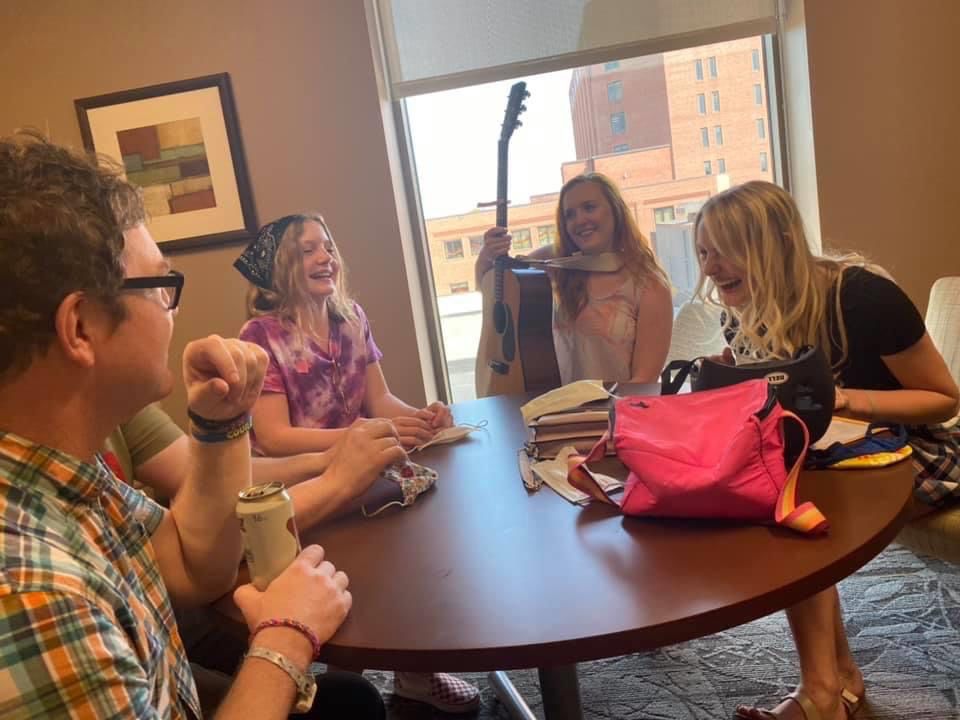 The Jensen Family enjoys a day of music together. 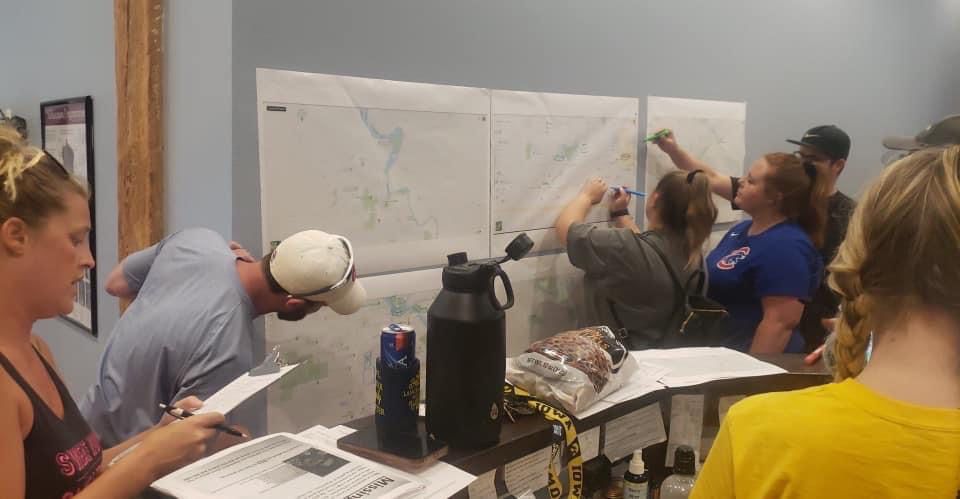 Searchers review a map of a search area for Mike Jensen. 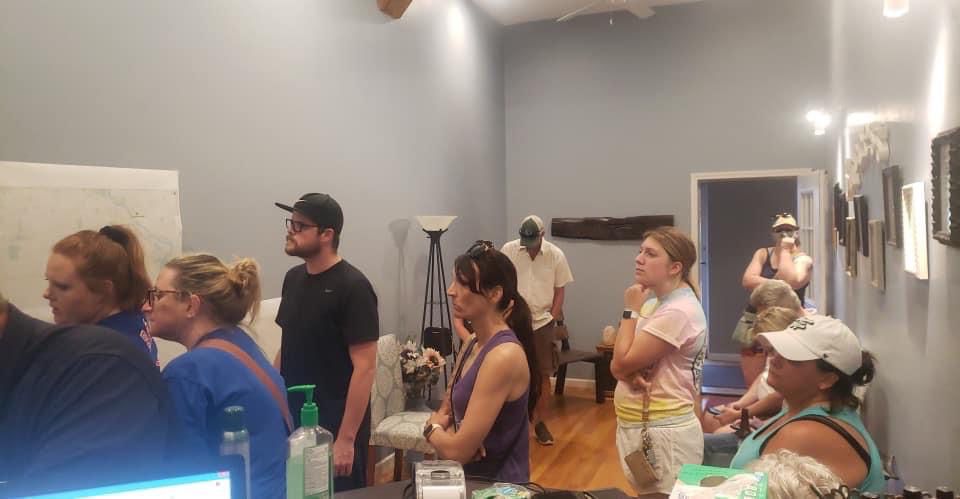 Volunteers await instructions for the search for Mike Jensen.

Allie and Aria Jensen hold a missing person poster for their father, Mike, who was reported missing since Monday.

A close-up view of the missing-person photo for Mike Jensen. He was last seen on Monday at Ravenwood Health Care Center in Waterloo.

The Jensen Family enjoys a day of music together.

Searchers review a map of a search area for Mike Jensen.

Volunteers await instructions for the search for Mike Jensen.

For the authorities, it is a missing person’s investigation.

But for one Waverly family, it is a search for a husband, a dad of three daughters, a Wartburg music professor, and a rock musician, the man they all love so dearly.

Most likely, he is barefoot and wearing a helmet to prevent skull fractures in case of a fall, as a brain tumor has impacted his balance, among many other cognitive skills.

How far could a

barefoot, disoriented man, with diminished capacities and a slight limp go in 36 hours?

The weight of that question and the burden of the unknown have been haunting his family since his disappearance.

But once they learned of it, his wife, Jenn, and his daughters, Aria, Allie and Mimi, managed to put aside the shock of the bad news, and sprang into action.

They created posters, mobilized a network of volunteers and set out to walk the streets that night and every moment since. A social media campaign, Bring Mike Home, gathered momentum and directed volunteers on up-to-the-minute searches.

On social media, well-wishers sent prayers for a speedy and safe reunion.

Maj. Joe Leibold, from the Waterloo Police Department, said officers searched the neighborhood that evening and used drones, among other tools, but came up empty handed.

He said on Wednesday afternoon, search teams of volunteers paired up with law enforcement, planned to do a grid search of the area where Mike was last seen. Around 3:30 p.m. Wednesday, a group started searching around Janesville.

It is believed that Mike is in the area.

The biggest worry, Leibold added, for a missing person, is the hot weather.

Two of Mike’s daughters, Aria and Allie, who had barely slept a wink during the long first night of searching — they hadn’t gone to bed until 6 a.m. the next day — sat down with Waverly Newspapers on Tuesday to spread the word about their missing dad.

Their poise and strength in speaking about their dad with such soft, unconditional love was humbling.

Allie, who had just graduated from Waverly-Shell Rock, was unable to have her dad at her graduation because of the coronavirus restrictions. She was filled with sadness that it could not have been otherwise.

In a lighthearted moment during the interview, which can be seen on the newspaper’s website and Facebook page, Aria shared the story of how her name came about.

The Jensens didn’t have a name picked for their firstborn, and Mike was in the middle of a dress rehearsal when he learned his wife had gone into labor, hence the musical name.

But after the uplifting memory, which offered some relief to the heaviness of the moment, the sisters talked about the few hours they had spent together before Mike disappeared.

The family had taken him to a doctor’s appointment, and Allie recorded and posted a heartfelt spontaneous moment when her parents made a few dance moves, brightening up the day.

Mike’s disappearance threw the family into a tailspin, especially because it came on the heels of coping with the sad reality that he could not attend Allie’s graduation on June 20.

But somehow the mother-and-daughters team found the strength to do what they have always done — switch from sadness to search mode and tirelessly look for Mike. Friends volunteered to offer any needed help, including bringing some music to play during the search, on the working theory that melodies may entice Mike to come out of a shelter if he is in hiding.

There has been no shortage of effort, as Mike is deeply embedded in the community, and his saying, “Everybody Love Everybody,” is well known around here.

Advocating for Mike and bringing the community together is not new for Jennifer or their daughters.

One expression of that was sharing the family’s journey through life, faith and pain in the face of Mike’s battle with cancer publicly and artistically.

Their story is the foundation for “This Day Forward,” a full feature film, which premiered in 2018. During the filming, which took place in Waverly, it created a lot of positive connections between the cast and the community.

Like the cultural event it was, it engaged friends and neighbors and businesses and Wartburg College students to craft out a slice of fictional reality that rings close to home on Waverly soil.

These happier moments seem almost surreal to the sisters right now, as they are working and praying to find their dad.

They said his speech may be slurred from the tumor and he may be asking for Jenn, Aria, Allie, Mimi, his mother or his mother-in-law, the strong women who surround and support him in his ordeal.

Bremer County Sheriff Dan Pickett said there has been no reported sightings in the county.

Leibold, the Waterloo police officer, said that in the video footage they have reviewed, they have not been able to spot Mike.

But he was hopeful that Wednesday afternoon would yield success.

“We have had several sightings,” he said.

VIDEO: On Assignment With Anelia: Reporting In Covid Times: Today Is The Day To Find Mike