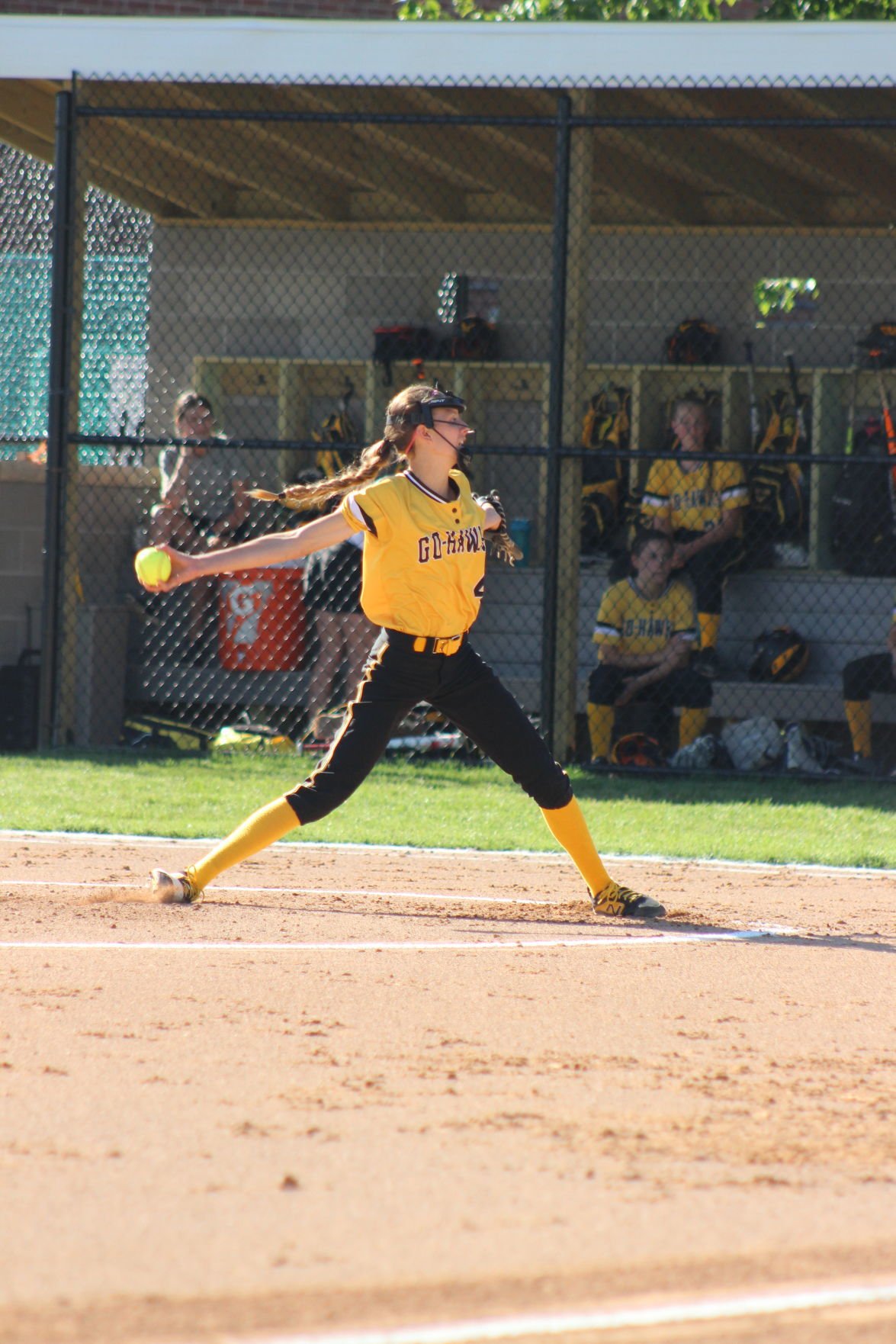 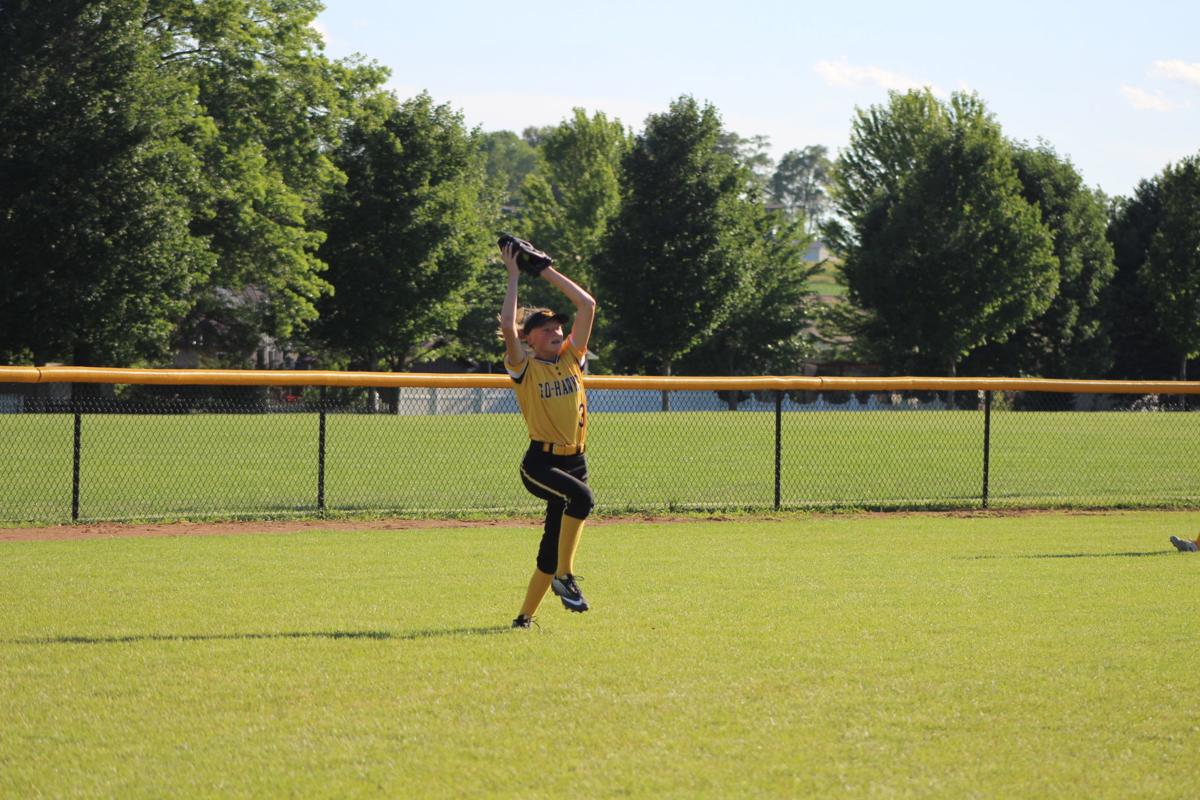 Waverly-Shell Rock left fielder Jorie Lee leaps to make a catch in the outfield against Crestwood on Tuesday, June 25. On the night, Lee made four catches in left field.

Waverly-Shell Rock left fielder Jorie Lee leaps to make a catch in the outfield against Crestwood on Tuesday, June 25. On the night, Lee made four catches in left field.

Aside from the scores, there were quite a few differences between the first and second game of Tuesday’s Northeast Iowa Conference doubleheader between Waverly-Shell Rock and Crestwood.

Head coach Heather Zajicek said the Go-Hawks had a slow start to the night, and it showed during the opener, which the Cadets took in six innings, 10-0.

“We came out super flat,” Zajicek said. “We played a lot like it was really hot out, which it’s summer softball. We need to come out ready to go. We weren’t ready to come out and execute. Our pitchers did a great job once again on the mound. Our defense at times, just wasn’t real sharp. We didn’t take care of managing the ball, just like yesterday. It’s something we need to do.”

Crestwood struck first in the first inning, when pitcher Laken Lienhard hit a single and advanced to second on a wild pitch. After Annie Mast bunted, Lienhard made it to third, but she scored on a single by Kristen Reicks.

Reicks’ courtesy runner, Kailyn Erickson, made it to second on a single by Hallie Frohn and got two bases on another Cadet single by Ashley Voves. To end the inning, Crestwood’s Paetyn Blockhus grounded out to the Go-Hawks’ Jacey Meier, who threw to Jenna Willey at first.

In the bottom of the first, the Go-Hawks had two base runners, as Molly McNally got on with a single, as did Avery Beckett. However, neither runner would be able to score, as Crestwood held a narrow 2-0 lead after one.

During the top of the second inning, the Cadets plated two more runs, as Keelee Andera was walked during the second at-bat for Crestwood. After a Go-Hawk error at second base, Andera was able to get all the way around the bases to score for the Cadets, making it 3-0. After another throwing error, Lienhard, who was walked, would also score, making it 4-0 after two, as the Go-Hawks went three up, three down.

Voves started off the third inning with a single and advanced to second on a Andera single. But, it was a three-run blast by Lienhard that increased the Cadets’ lead to 7-0. To end the inning, the Go-Hawk pitcher, Beckett, would strikeout Mast. The Go-Hawks also went three and out in the bottom of the third, making it 7-0 after three.

Crestwood had just one runner get on base in the top of the fourth inning, as Reicks hit a single, but two pop flys to the Go-Hawk left fielder, Jori Lee, would get the Go-Hawks out of the side.

In the bottom of the fourth frame, the Go-Hawks started a rally, as Marley Hargarty and Beckett had back-to-back singles, but the next three at-bats for Waverly-Shell Rock resulted in strikeouts, which put the score at 7-0 after four.

The top of the fifth inning had more scoring by the Cadets, as Andera reached base on a Go-Hawk error and scored on a double by Lienhard, who later scored on double by pinch hitter Kyleigh Foster. With those two runs, the Cadets led the Go-Hawks 9-0 after five complete innings.

In the top of the sixth, Crestwood would add on one more run, as Reicks had a single to get on base, allowing her pinch runner, Erickson to enter the game. Erickson got three bases off of a double by Voves, making it 10-0. With the Go-Hawks unable to answer in the bottom half of the sixth, the final for game No. 1 would be 10-0 in six innings.

As for the finale, Zajicek said the Go-Hawks looked ready to play, which wasn’t the case in the opener.

“They came out, I thought, a little bit more ready to go with a sense of urgency to be able to come out and play some more quality softball,” Zajicek said. “We had a few miscues that allowed some late runs to score. We just need to continue to keep working on our defense and get that as good as its going to get as we head into postseason play.”

The second game was scoreless through the first two innings of play, but it was in the top of the third inning when Crestwood would get two runs on the board.

With two outs, Lienhard hit a single, got to second on a wild pitch and stole third. Lexi Hoppe of Crestwood also hit a single, which scored Lienhard, making it 1-0, Cadets. Hoppe later scored, after stealing second, on a double by Trista Foster. At the end of three innings, it was Crestwood 2, Waverly-Shell Rock 0.

Both teams were scoreless in the fourth frame, but Crestwood was able to add on another run in the fifth inning. Lienhard hit a double, advanced to third on a wild pitch and scored on a fielder’s choice, giving Crestwood a 3-0 lead.

The Cadets went three and out in the top of the sixth, the same inning when the Go-Hawks were able to get a run across the plate. McNally started the frame with a double, which Beckett followed suit with her own two-base hit, allowing McNally to score. Willey entered the game as Beckett’s pinch runner, but she was stranded as the Go-Hawks went three and out after McNally scored.

In the top of the seventh, Crestwood tacked on one more run, as Andera hit a single and advanced to second on a single by Lienhard. It was a few Go-Hawk errors that allowed Andera to score another run for the Cadets, which eventually gave them the 4-1 victory.

Hagarty was in the circle for the Go-Hawks in the second game, and she recorded seven K’s and allowed eight hits.

Throughout the night, Zajicek was impressed with how both Go-Hawk pitchers performed in the circle.

“Beckett coming off of getting hit by a pitch yesterday, she was pretty sore,” Zajicek said. “She came out and did what she needed to do on the mound and same goes for Marley [Hagarty]. They’ve been doing what we’ve been asking them to do. Now, it’s time for our defense and offense to step up and make things happen.”

Waverly-Shell Rock has another conference doubleheader on Thursday, June 27 at Oelwein, beginning at 5:30 p.m.