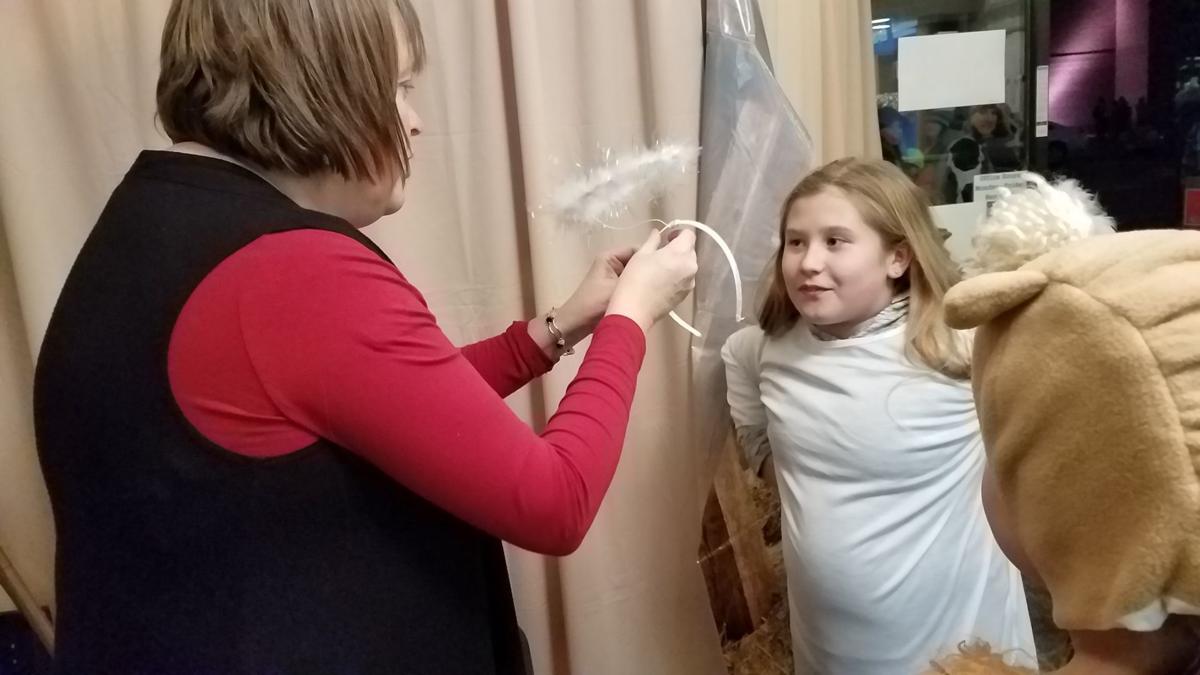 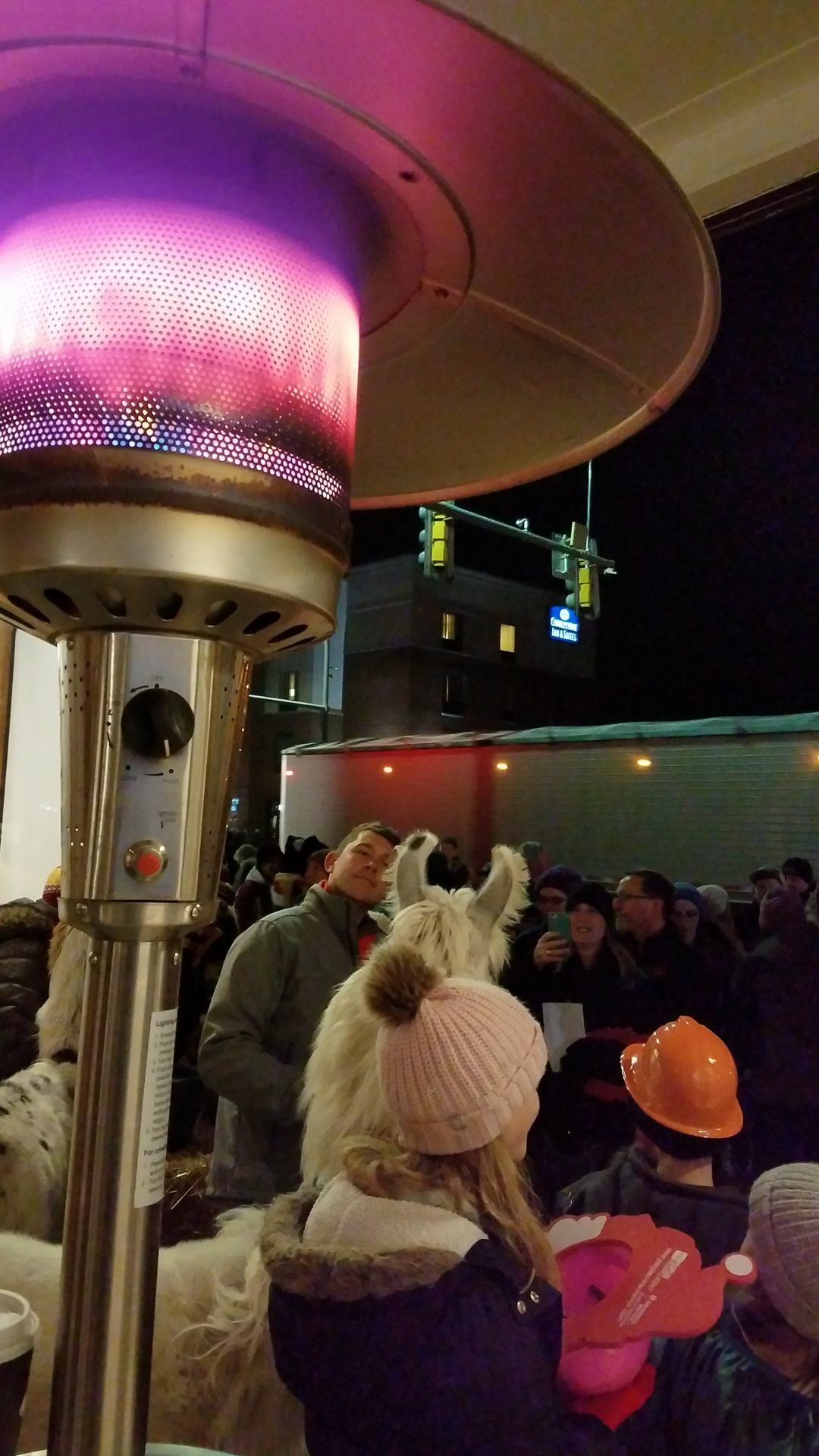 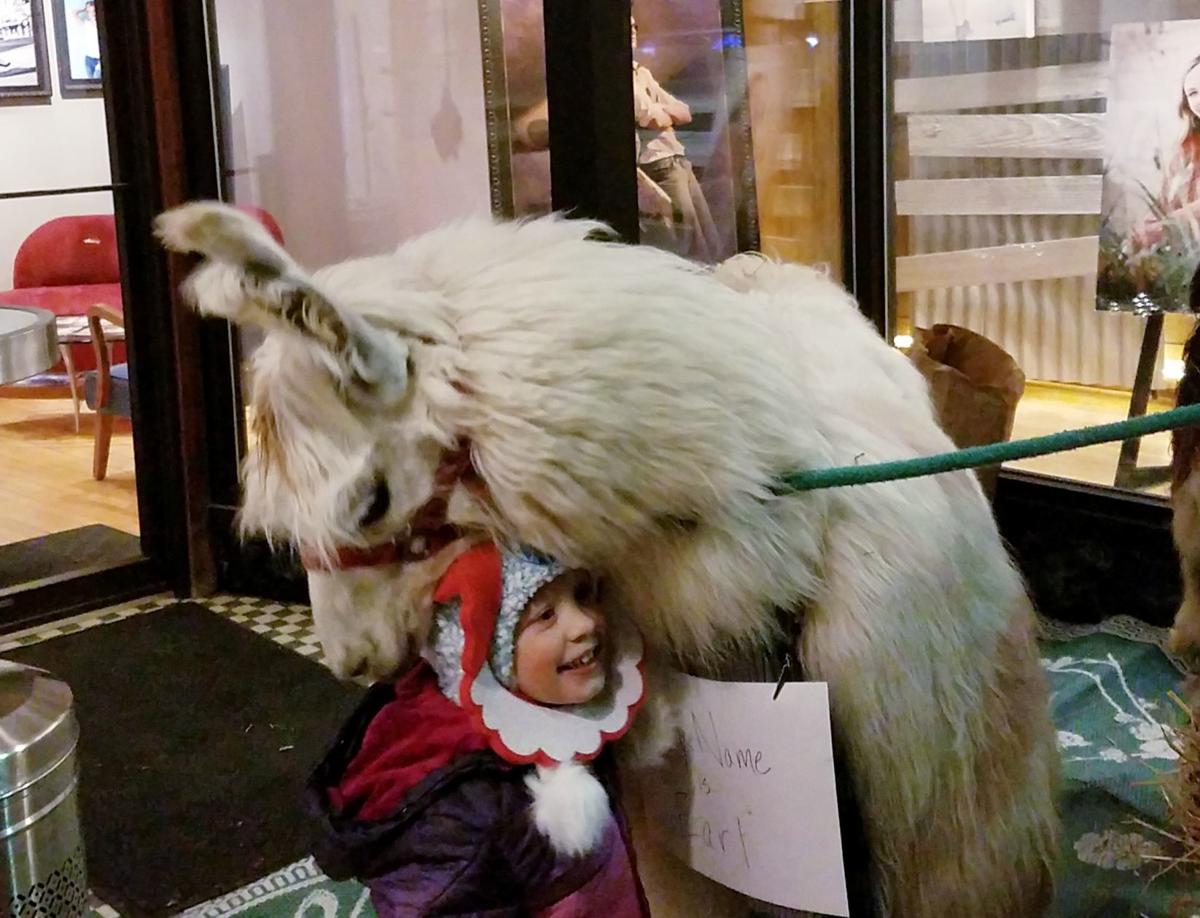 Joscelyn Kacher, age 4, of Waverly, gets a hug from a llama named Earl, who visited Bo Studio 121 with Rector Llamas of Denver. 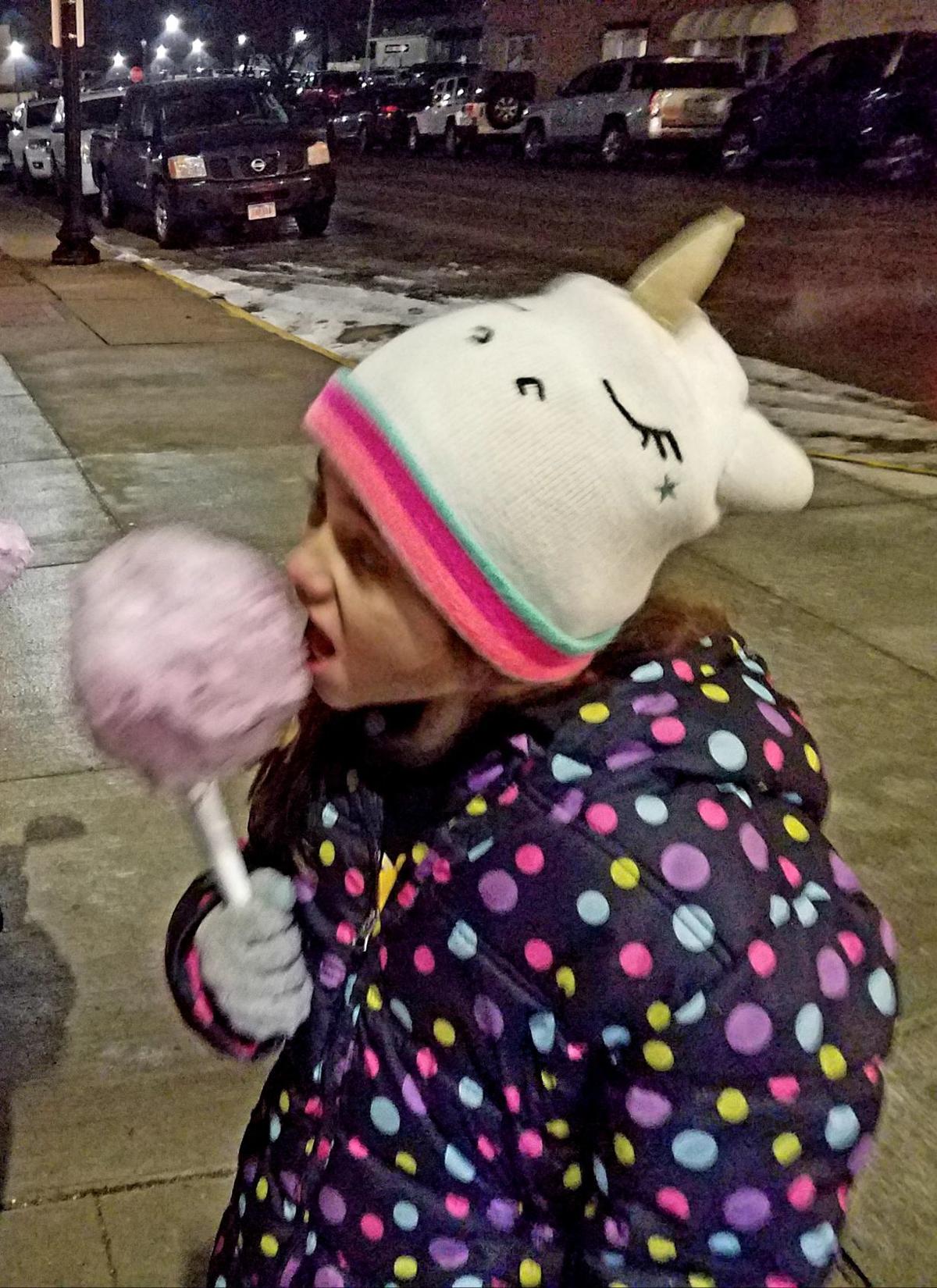 Above: Carolina Robles gets a taste of cotton candy during Christmas Greetings on Main on Thursday, Dec. 12. Right: A heat lamp keeps the animals from Rector Llamas of Denver toasty warm outside Bo Studio 121 as temperatures dipped into the mid-20s.

Joscelyn Kacher, age 4, of Waverly, gets a hug from a llama named Earl, who visited Bo Studio 121 with Rector Llamas of Denver.

Above: Carolina Robles gets a taste of cotton candy during Christmas Greetings on Main on Thursday, Dec. 12. Right: A heat lamp keeps the animals from Rector Llamas of Denver toasty warm outside Bo Studio 121 as temperatures dipped into the mid-20s.

Easily a few thousand participants flocked to downtown Waverly on Thursday, Dec. 12, for Christmas Greetings on Main despite temperatures that hovered in the mid-20s.

The Waverly Chamber of Commerce coordinates and assigns the displays.

"The businesses and organizations put in all the time and energy to make the event magical," said event co-chair Tiffany Schrage with the Chamber.

Mrs. Claus and Santa holed up at The Mixing Bowl, one of eight designated spots for hot refreshment. Another of the "hot spots," the Chamber, served 720 cups of cocoa on the night. Were that amount served at each hot spot, it would mean over 5,000 people attended -- or folks doubled up on refreshment.

Matt Rector with Rector Llamas had a heat lamp set up to keep the animals warm as the critters gave out free hugs with their flexible necks in front of Bo Studio 121. (Video available at waverlynewspapers.com.)

The strong participation could be thanks to fond memories.

As Hoins belted out one last carol, returning college student Jake Epley fed a calf and said he was "bred, born and raised" in Waverly.

"[Christmas Greetings] brings back all the memories of being a kid," Epley said. "I remember handing out candy canes [with a friend's family] and singing at the Love and Lace window."

Trinity Miller is in her second year playing Mary in the 7 p.m. shift of the nativity. This year, she wore six layers.

Many more shared their musical talent.

James Aissen, age 14, of Clarksville, has played in the Chamber window the last two years and has been studying piano for three. The prolific prodigy produced his first original album of 12 original tunes, which came out on Jan. 1, and released his second this month, including four more originals and eight holiday classics. His keyboard allows him to record directly to a flash drive and send the tracks off to be professionally mastered. They are available locally at Renewed Purpose, as well as select locations in Allison, Cedar Falls and Charles City.

Following tradition, Mayor Dean Soash welcomed guests to the event at the veterans memorial at 6 p.m. Santa handed out treats, then hopped on the fire truck to greet spectators and shoppers downtown before returning to his house at Kohlmann Park.

There were too many displays to name, including several photo opportunities with the Claus family, at least two Grinches and -- speaking of ice -- the "Frozen" cast.

Overheard near the line for the "Frozen" photo op: "It's a three-hour wait at Disney. Only 20 minutes here."

Christmas Greetings on Main brings families out once again