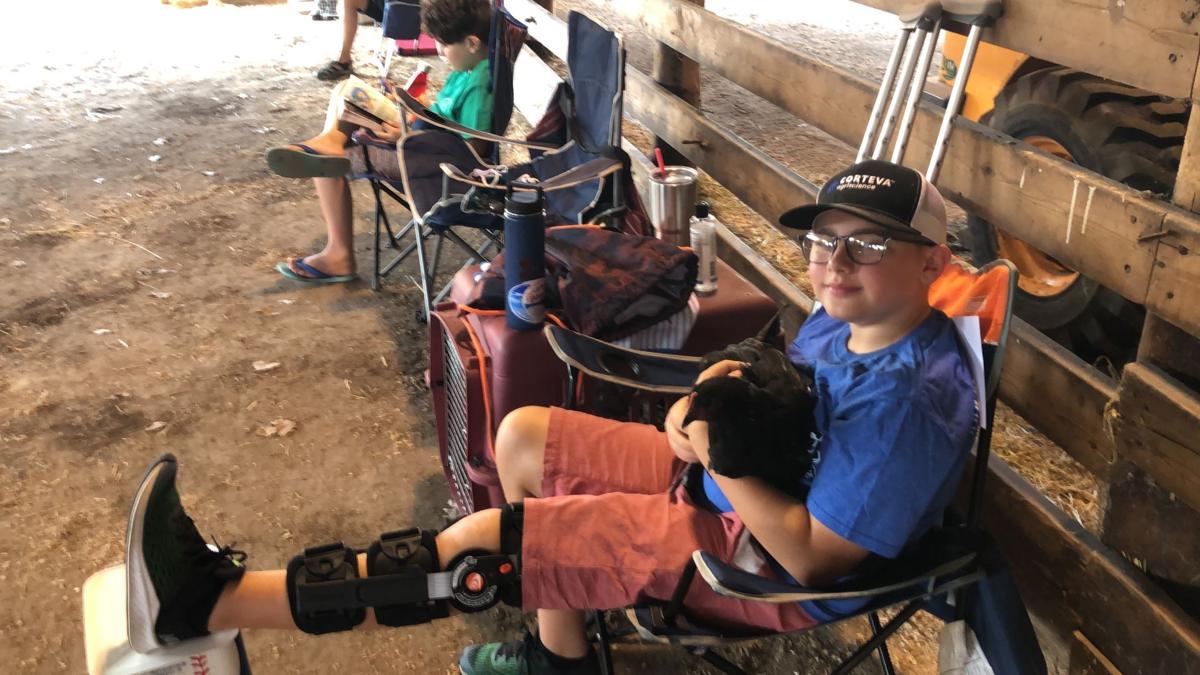 Layne Epley props his injured leg on a sunflower seed bucket while holding Hawkeye, the chicken he showed during Wednesday’s poultry show at the Bremer County Fairgrounds. 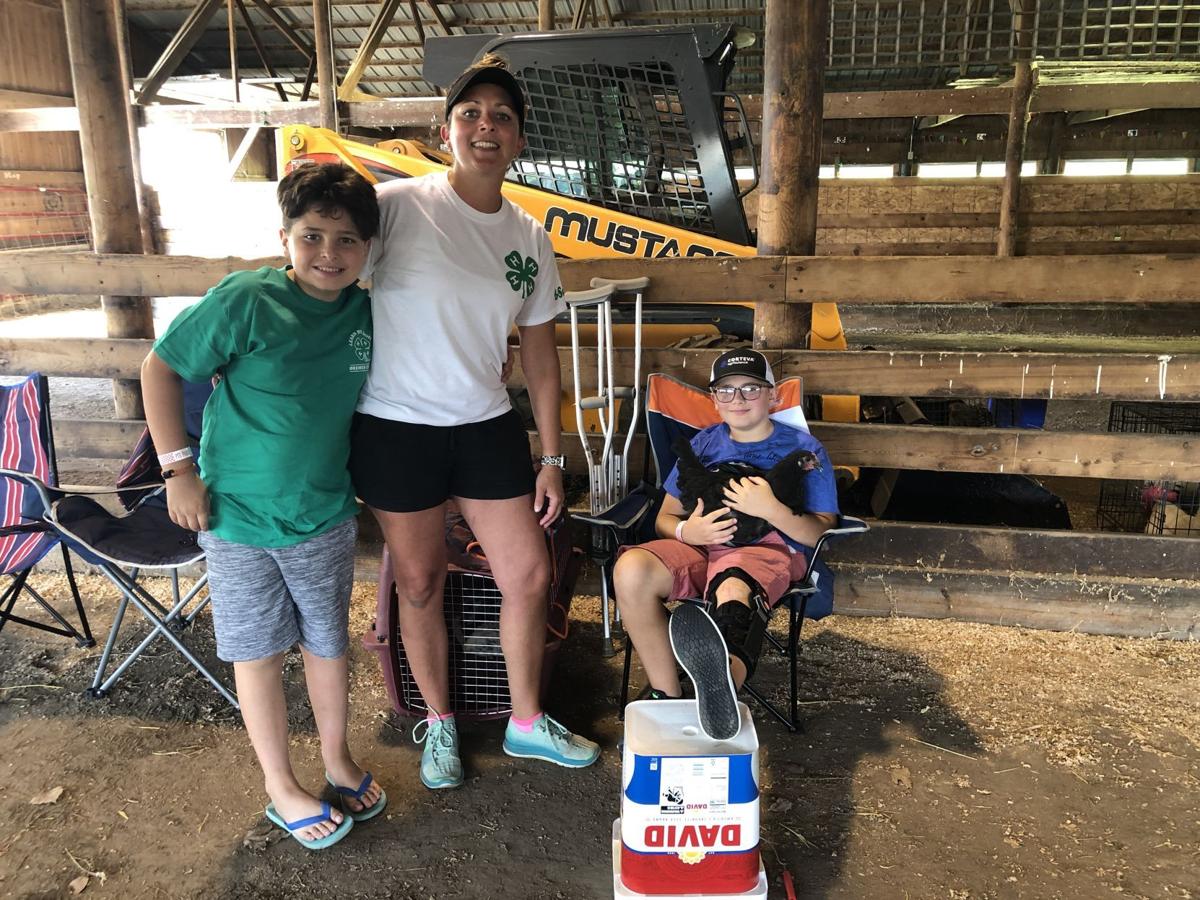 Layne Epley props his injured leg on a sunflower seed bucket while holding Hawkeye, the chicken he showed during Wednesday’s poultry show at the Bremer County Fairgrounds.

To say that Layne Epley is a tough kid would be an understatement.

It would have been easy for the Waverly 12-year-old to put on hold his plans to show his animals at this year’s 4-H show.

The coronavirus pandemic canceled the Bremer County Fair, for the first time in its 145-year history.

But kids like Layne, who worked for months on raising and caring for animals they wanted to show at the fair, had the option of doing so since 4-H organizers offered a Show & Go format for the achievement shows.

It meant that participants and their families were allowed to attend in person, and were to leave after the event, but the shows were closed to the general public.

However, beyond the pandemic, Layne had a personal challenge he had to deal with as the fair approached.

He had shattered his knee cap earlier this spring, but as soon as he got a tad better, he decided that crutches or not, coronavirus or not, he was not going to miss the 4-H show this year.

No hurdle was big enough to persuade him to stay at home.

Earlier on, Layne considered showing his pet goat, Athena, but on reflection, decided that since he is vulnerable on his crutches, the goat might knock him off his feet, so he abandoned the idea.

Which shows that Layne is as thoughtful as he is tough, a characterization he smilingly accepts and his mother relishes in.

To be safe, Layne instead showed Hawkeye, a chicken named for its colors, at the fair. Apparently, Hawkeye has a knack for flying around the house, and on occasion, he causes some good-natured commotion at the Epley household.

Layne’s younger brother, Lawsyn, showed a calf, a goat, chickens and other projects, but on Wednesday morning, he was there to support his older brother.

The brothers’ mom, Amy, also sat in a folding chair in a makeshift row at the barn where the bird show was ongoing, as participants were asked to keep 6 feet apart from non-familial groups.

It turns out the bothers’ love for animals has deep roots in the Epley family.

Amy used to be a member of 4-H, and she instilled the love for animals in her kids.

Her grandmother, the late Betty Arns, was the founder of the 4-Square club, which then went to Betty’s daughter and Amy’s aunt, Jen, and is now under Amy’s leadership. The club has 25 kids, and Layne is one of them.

For the five years, Layne has been showing at the fair, but this year, his only option was the chicken, since he can only move with the help of crutches as he awaits surgery for his knee.

On Wednesday morning, Layne sat next to the portable cage with his hen, and both boy and bird were in great spirits as their turn approached.

Hawkeye, who hatched in April, seemed to rest comfortably in the hands of his owner even though it was its first experience at the fair.

Beyond the fair, Layne plans to continue to raise Hawkeye and collect eggs, and this editor could not resist asking him if the whole newsroom would be welcome for an omelette breakfast as soon as the coronavirus is under control.

Amy said that it was important for her and her boys to show their animals in person.

“We live for the fair every year,” Amy said.