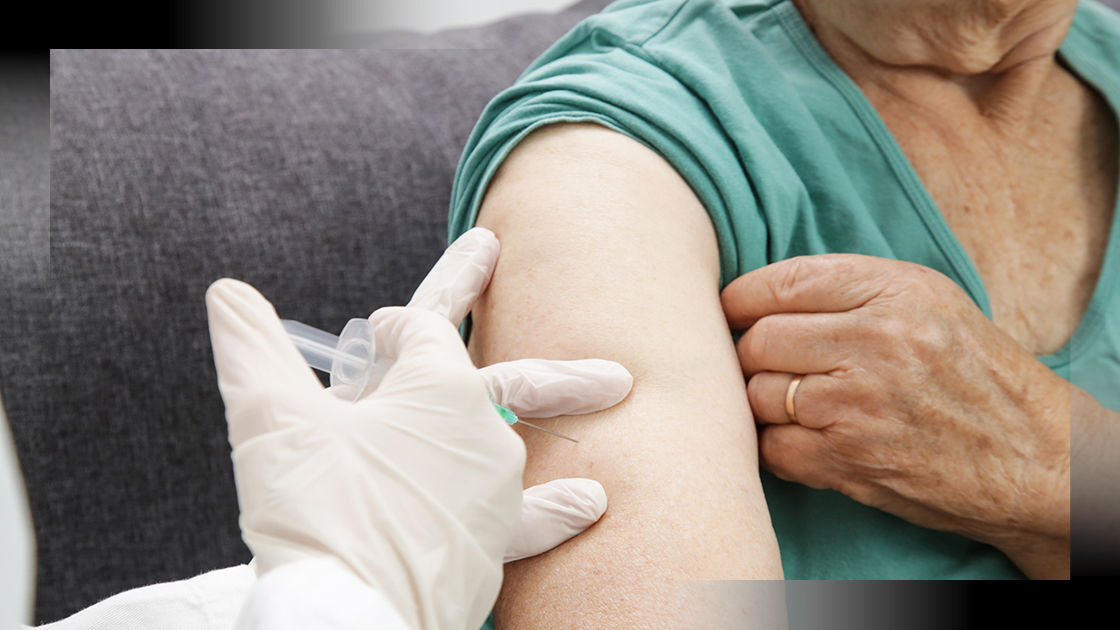 In a county with 4,000 senior residents, about 1,300 of them in Bremer County are slated to get at least the first dose of the COVID-19 vaccine by the end of the month.

This flyer informs how Iowans can help their elder friends and relatives schedule appointments for the COVID-19 vaccine.

In a county with 4,000 senior residents, about 1,300 of them in Bremer County are slated to get at least the first dose of the COVID-19 vaccine by the end of the month.

This flyer informs how Iowans can help their elder friends and relatives schedule appointments for the COVID-19 vaccine.

The COVID-19 vaccine is in short supply in Bremer County and while the senior citizens in long-term care facilities in the county have received their first shots, and some their second, many elderly residents who live independently feel they have been left on their own to navigate the system, interviews conducted by Waverly Newspapers indicate.

It would take time to vaccinate everybody, officials say, but time is exactly the currency elderly residents have in short supply.

Families and compassionate neighbors, as well as some agencies, have stepped in to meet the need.

Bremer County Health Department Administrator Lindley Sharp says her office has received calls from the adult — typically out-of-state — children of local residents who are trying to help their aging parents. But her staff can do little else than lead them through the relevant websites, and, in some rare cases, fill out the paperwork for them.

In Bremer County, where there are approximately 4,000 residents over 65, about 1,300 are expected to be vaccinated by the end of February with February’s vaccine allocations, Sharp said.

With the county receiving only 400 doses a week, it would take several months to get the job done if vaccinate allocations do not increase, Sharp added.

In a typical scenario, a provider would contact an eligible resident to schedule an appointment. But finding the fastest way to a vaccine is not always easy, and is often contingent on a person’s network of friends and family.

A guidance poster produced by the Iowa Department of Public Health advises those wishing to help the elderly with scheduling a vaccination appointment take these steps: go to coronavirus.iowa.gov to find out a provider to schedule an appointment; contact the local Area Agency on Aging by calling 1-866-468-7887 or go to www.iowaaging.gov; Monday through Friday 8 a.m to 4:30 p.m.; or call 211.

But local residents say they have relied on the help of similarly situated friends, family and others to navigate the process, as they want to get vaccinated as soon as possible, and not wait until their provider calls them with an appointment.

“Local places are calling their patients, they will continue calling, but it is going to take time simply because we have a limited number of doses,” Sharp said.

But time is of the essence for many, so the frustration is building up.

If you are computer savvy, or have children or grandkids who can help you “click here,” you will learn that making a successful click and scheduling an appointment that would lead to a vaccination are not the same thing.

One of those seniors, Sally Thorson, a retired history teacher, celebrated her 76th birthday on Monday — a birthday she proudly shares with George Washington — by working the phones and the websites to get herself scheduled at a CVS or a Walgreens for a shot.

She said she has been trying since the beginning of February to get on the schedule, but in vain. She tried the Walgreens site for two days in a row, unsuccessfully, and even her daughter did so on her behalf, but to no avail. Turns out there had been a glitch on the days she tried.

“I get up at 4 a.m., sitting here trying to navigate it myself,” she said.

Sally is not alone. Another elderly Waverly couple, where the husband is a World War II veteran, has gone through similar frustrations. The husband received a vaccination in Waterloo just recently, but the wife, now in her early 90s, has yet to be scheduled.

“It’s pretty frustrating for seniors if you live in your own home,” the husband told Waverly Newspapers. “All of my friends have had an awful time, too. You are own your own, even though older people are more likely to die if they get (COVID-19).”

But even if you get an appointment, there is no guarantee that the vaccine will end up in your arm as planned.

That’s what happened to retired magistrate Steve Egli, 72, of Waverly. He was hoping to get vaccinated at UnityPoint in Des Moines on Sunday, only to find out that his appointment had to be rescheduled for March 10, because the vaccine supply was stuck in Texas, presumably because of bad weather.

“We would have traveled anywhere in the state,” Pam Egli, the magistrate’s wife, said.

Two other Waverly residents, Dave and Merry Fredrick, who spend part of the year in Virginia close to family, said they were relieved to learn that a couple of their long-time Waverly friends, now in their 90s, finally received their first shots last Friday.

The Fredricks, who are both vaccinated, said they worried about their friends who could not navigate the internet, and it was not until another friend intervened to help them that they were able to get vaccinated.

“It gives me hope,” David said.

Sharp, the county health administrator, said that neighbors should check up on elderly neighbors to make sure they know what the available resources are, and help them navigate their way to a vaccine appointment.

“Assisting those people and finding vaccine clinics, that will help us immensely,” she said.

A mix of clouds and sun in the morning followed by cloudy skies during the afternoon. A shower of rain or wet snow possible. High 38F. Winds S at 10 to 20 mph.