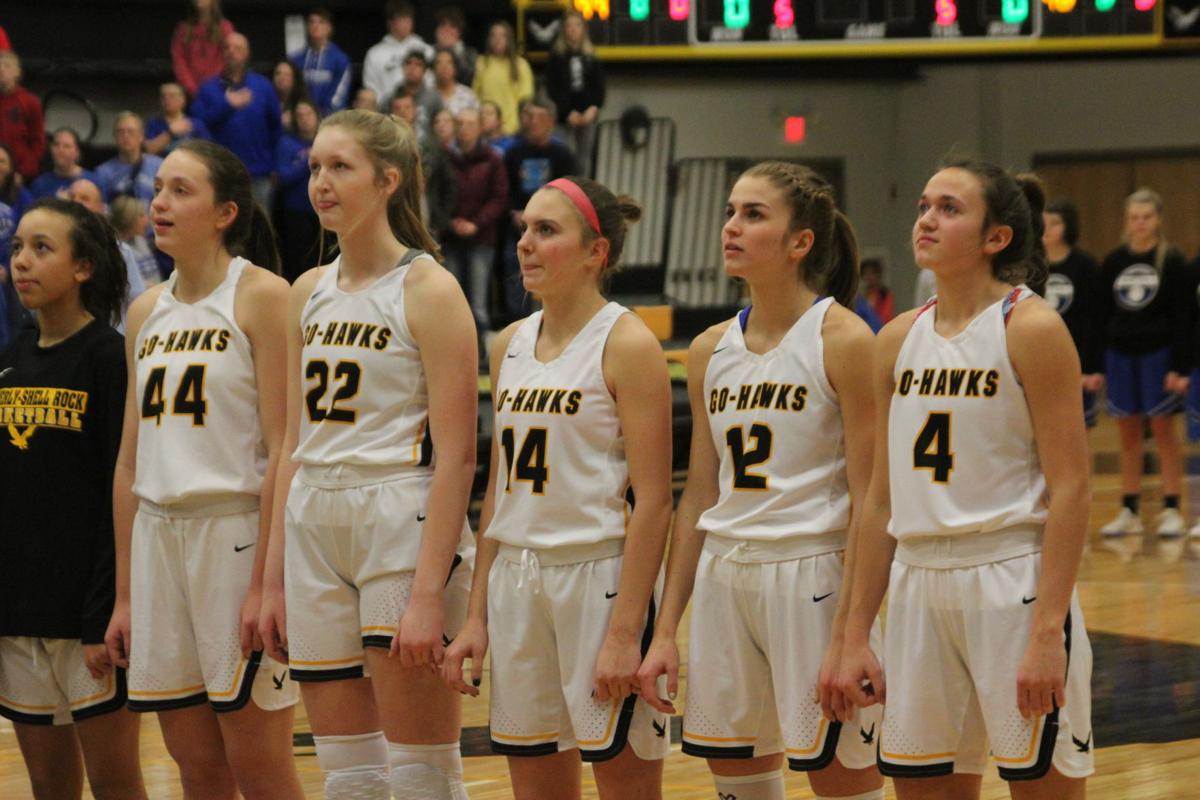 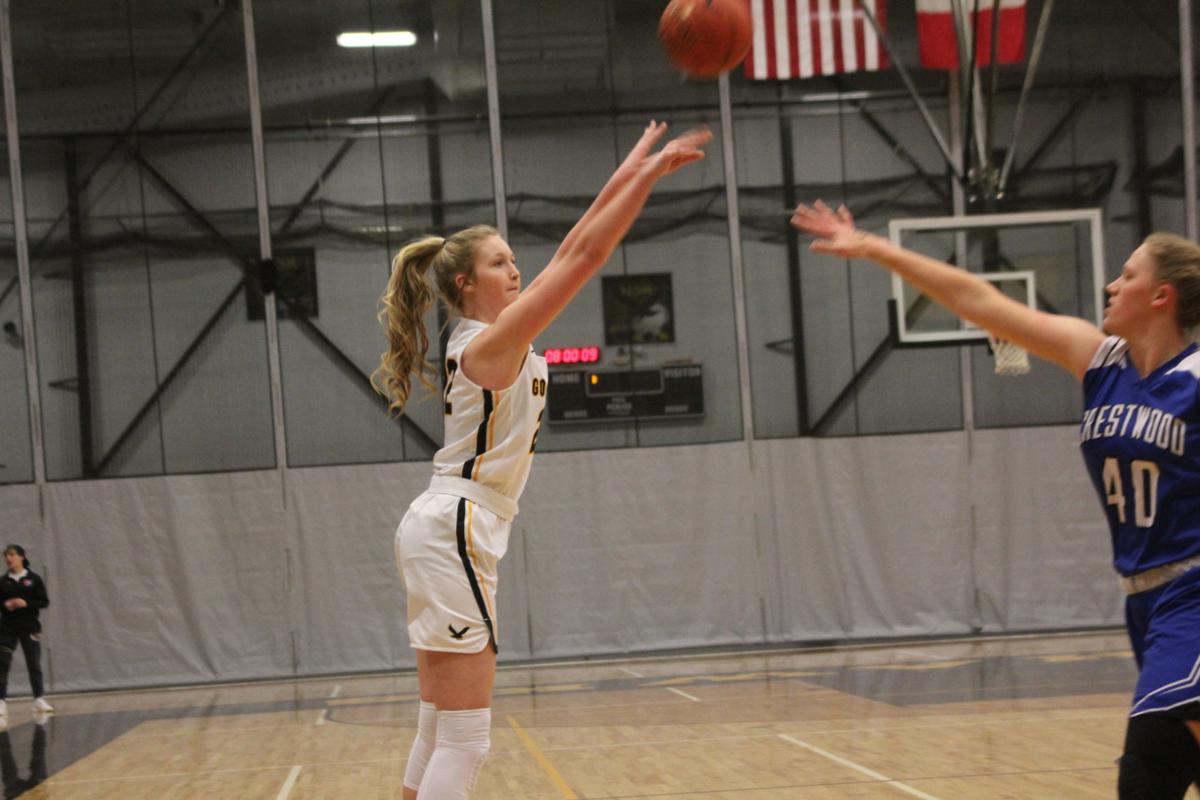 Junior Abbie Draper shoots a 3-pointer during W-SR’s win against Crestwood on Friday in Waverly. 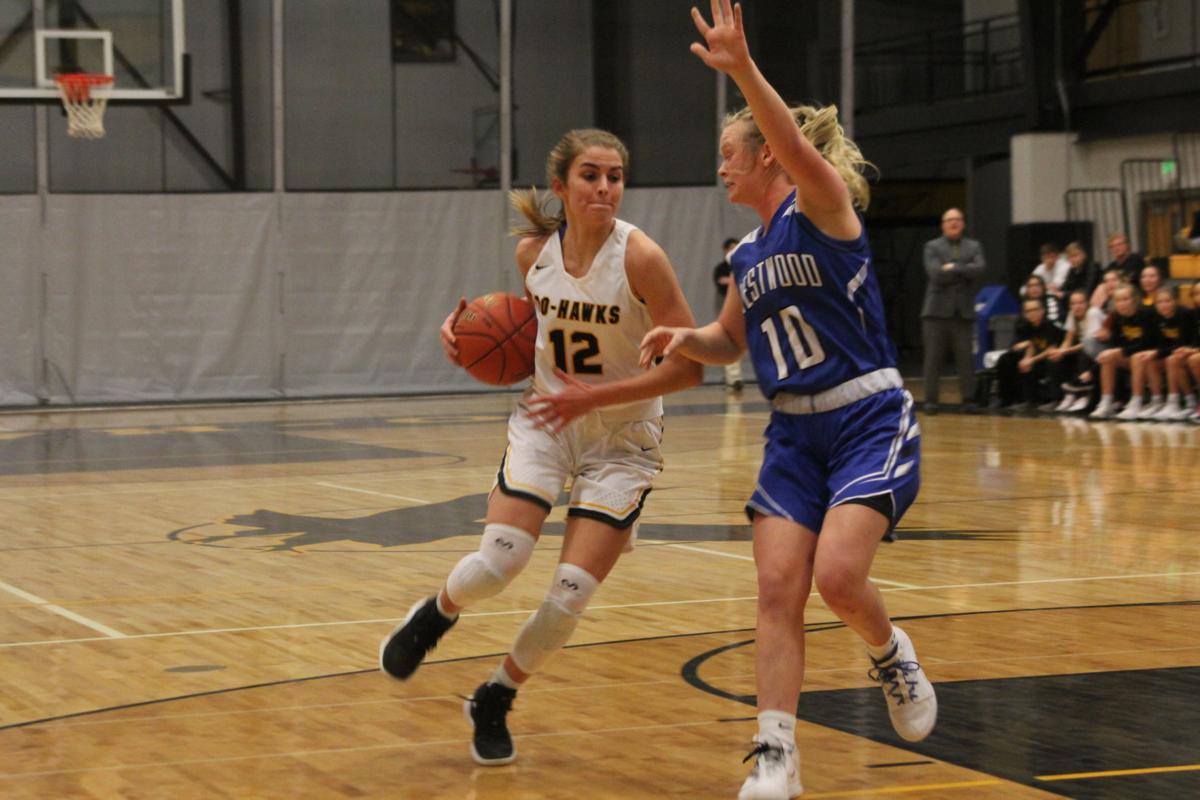 Senior Britney Young drives toward the rim on Friday in Waverly. Young scored 13 points during the win over Crestwood. 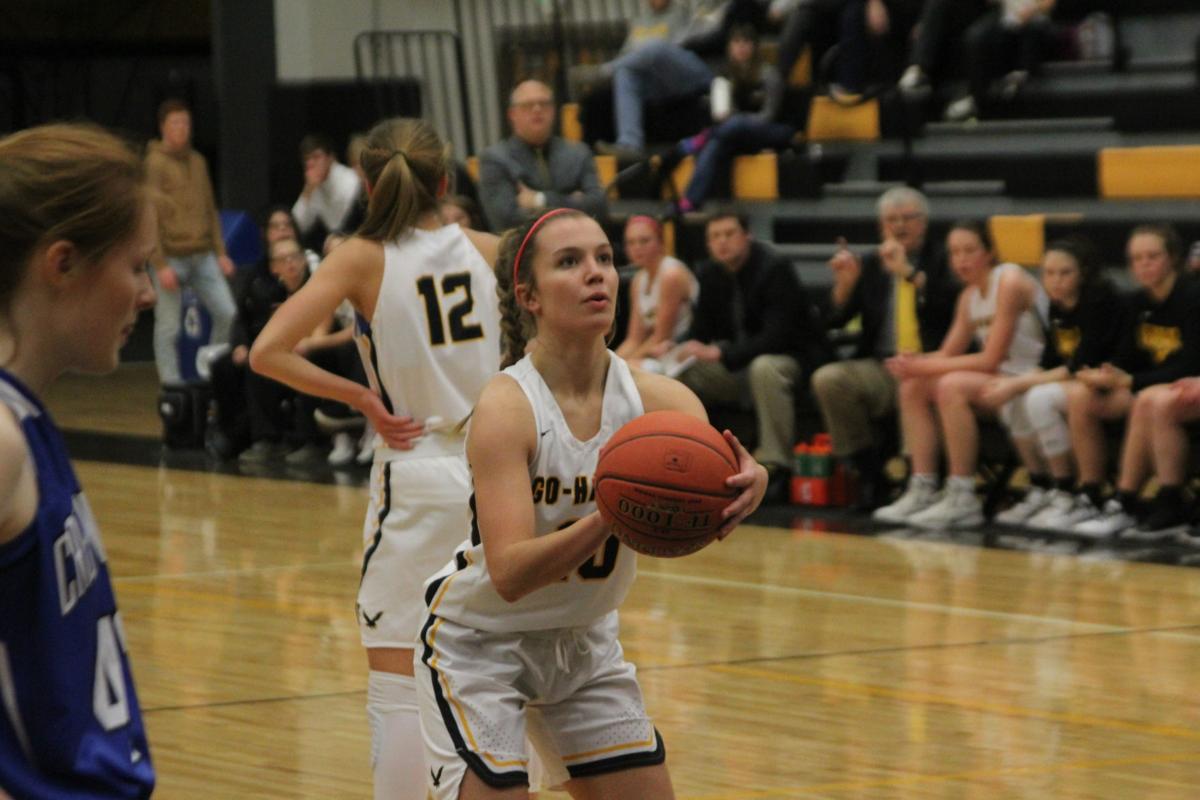 Junior Siri Ott shoots a free throw during W-SR’s win over Crestwood on Friday in Waverly. 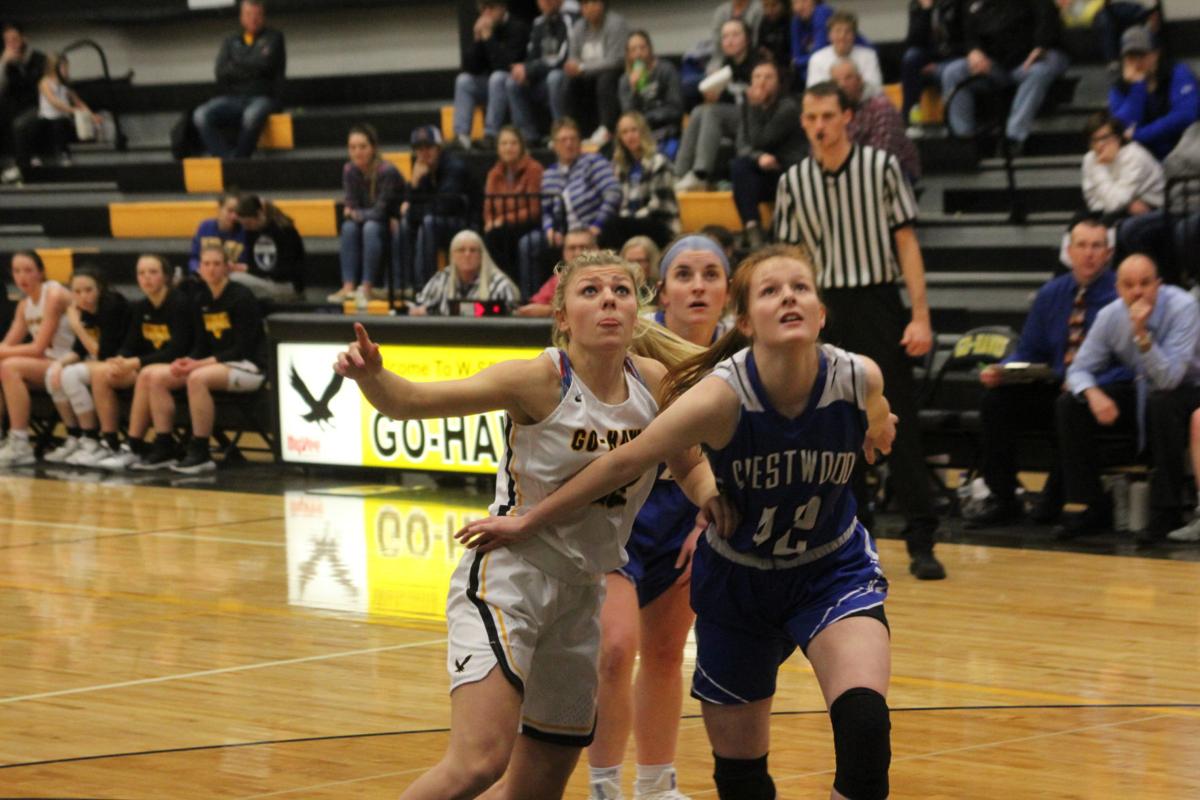 Sophomore Annika Behrends fights for a rebound on Friday in Waverly.

Junior Abbie Draper shoots a 3-pointer during W-SR’s win against Crestwood on Friday in Waverly.

Senior Britney Young drives toward the rim on Friday in Waverly. Young scored 13 points during the win over Crestwood.

Junior Siri Ott shoots a free throw during W-SR’s win over Crestwood on Friday in Waverly.

Sophomore Annika Behrends fights for a rebound on Friday in Waverly.

It was only a week ago when the ninth-ranked Waverly-Shell Rock girls basketball team routed No. 5 Clear Lake 58-35 in the Go-Hawk Gym, a victory head coach Greg Bodensteiner called the "best win" of the season.

Because in yet another convincing, resounding showing on Friday, the Go-Hawk girls defeated Northeast Iowa Conference rival Crestwood 57-42 on a snowy evening in Waverly.

Waverly-Shell Rock's ninth straight win came against the No. 2 ranked team in Class 3A, and the Cadets' 15-point loss was just their second of the season.

It seems the longer the season goes on, the more formidable the Go-Hawks become, as quality wins continue to stack up for W-SR, now 9-2 this season.

Frankly, it shouldn't have come this easy, as Crestwood is one of the top teams in its class, primarily because of the prowess of its starting center.

Sharon Goodman, the Cadets' 6-foot-3 senior, has proven to be one of Iowa's best players. She is averaging 28 points per game, which is third in the state only behind Dowling Catholic's Caitlin Clark and North Scott's Grace Boffeli, and she's shooting 75% from the field.

Goodman has also reeled in 103 defensive rebounds, which is tops in the state, and has 145 total boards.

But on Friday, Waverly-Shell Rock brought Goodman back to earth, holding the senior to just 15 points on 40% shooting.

It was the first time Goodman has failed to reach 20 points in a game this season.

Much credit should to go W-SR junior Abbie Draper, who was tasked with going head to head with Goodman, who stands two inches taller.

While Draper shot just 31% from the field, she made two of her three 3-point attempts and went 5-of-6 from the free throw line to score a team-leading 15 points. Draper also recorded six rebounds and blocked a shot.

Meanwhile, senior Britney Young scored 13 points, hit all four of her free throw attempts and posted a team-leading seven rebounds and six assists in the win.

While it wasn't a banner night for shooting percentage from the Go-Hawks, they proved they can score in more ways than one, hitting 14 of 15 free throw attempts.

After the win over Clear Lake on Dec. 6, Bodensteiner said he hoped the victory would have the girls contemplating what's possible. It was the kind of performance that could have a team poised for a state tournament run.

Friday's win should only reinforce that idea, because the team has proven twice in a row now that it can topple highly ranked teams.

After the season began with two tough losses to ranked teams, the Go-Hawks have now beaten two teams ranked in the top five in their class.

On that note, if Waverly-Shell Rock is hoping for a bit of a breather after facing a couple of stout opponents, it'll likely get one next game.

On Tuesday night, the Oelwein Huskies come to town. Another NEIC opponent, but one that is winless at 0-11 this season.

The last time these two teams played on Dec. 10, the Go-Hawks won by — gulp — 74 points, and that was on the road. W-SR's 5 points allowed is a school record, so we'll see if the team can post another dominant defensive outing Tuesday night.

PHOTO GALLERY: W-SR girls get another win over a ranked team

The No. 9 Waverly-Shell Rock girls basketball team defeated No. 2 Crestwood on Friday night in Waverly, the Go-Hawks' ninth straight win and s…

Becoming windy with snow showers early, and a steadier snow developing later on. Areas of blowing snow. High 24F. Winds SE at 20 to 30 mph. Chance of snow 100%. 3 to 5 inches of snow expected.

Periods of snow along with gusty winds at times, especially this evening. Some sleet or freezing rain possible. Low 23F. Winds SSE at 20 to 30 mph. Chance of snow 80%. 1 to 3 inches of snow expected.

Windy with snow showers in the morning. Morning high of 29F with temps falling sharply to the single digits. Winds WNW at 25 to 35 mph. Chance of snow 40%. Winds could occasionally gust over 40 mph.