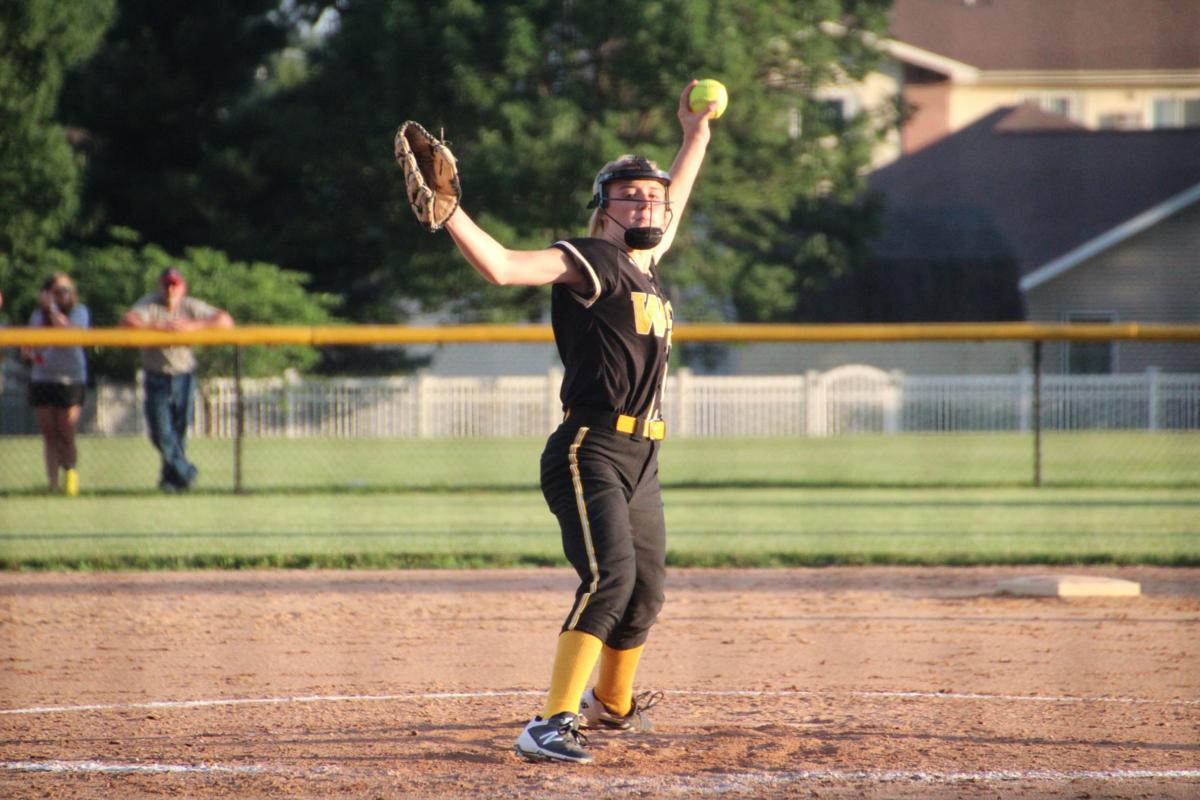 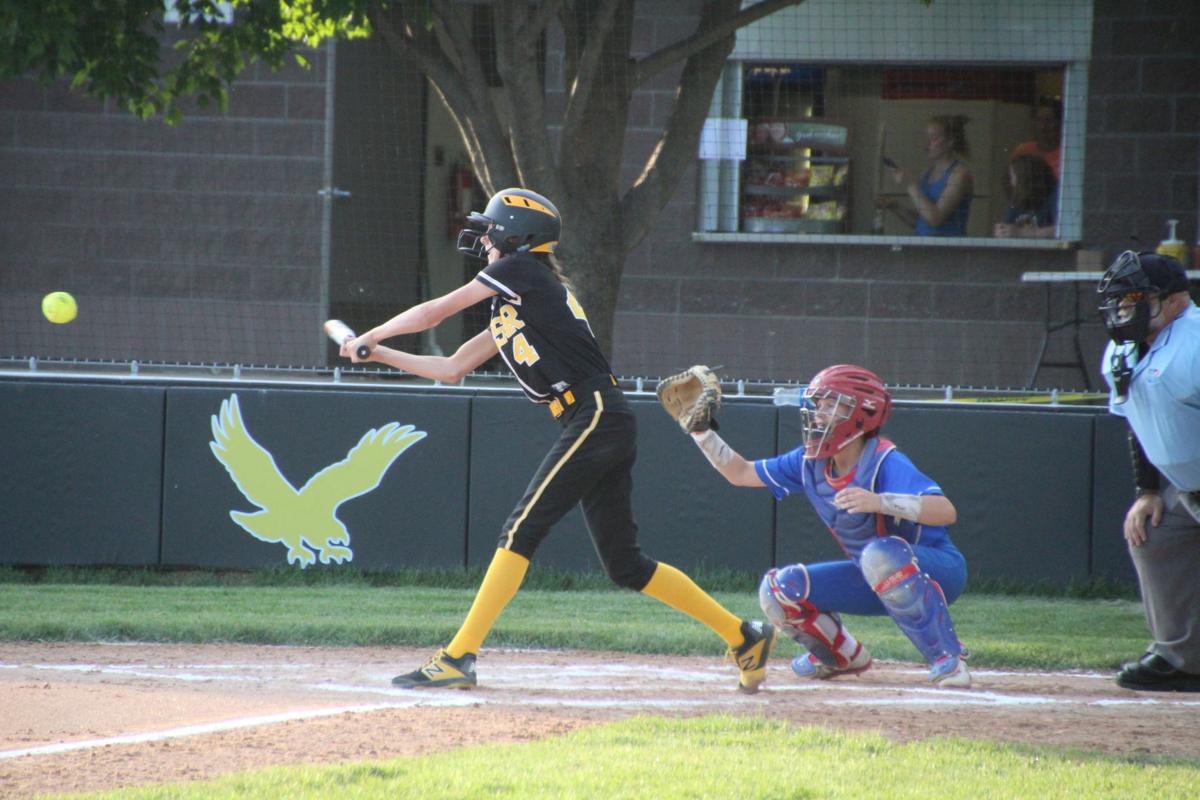 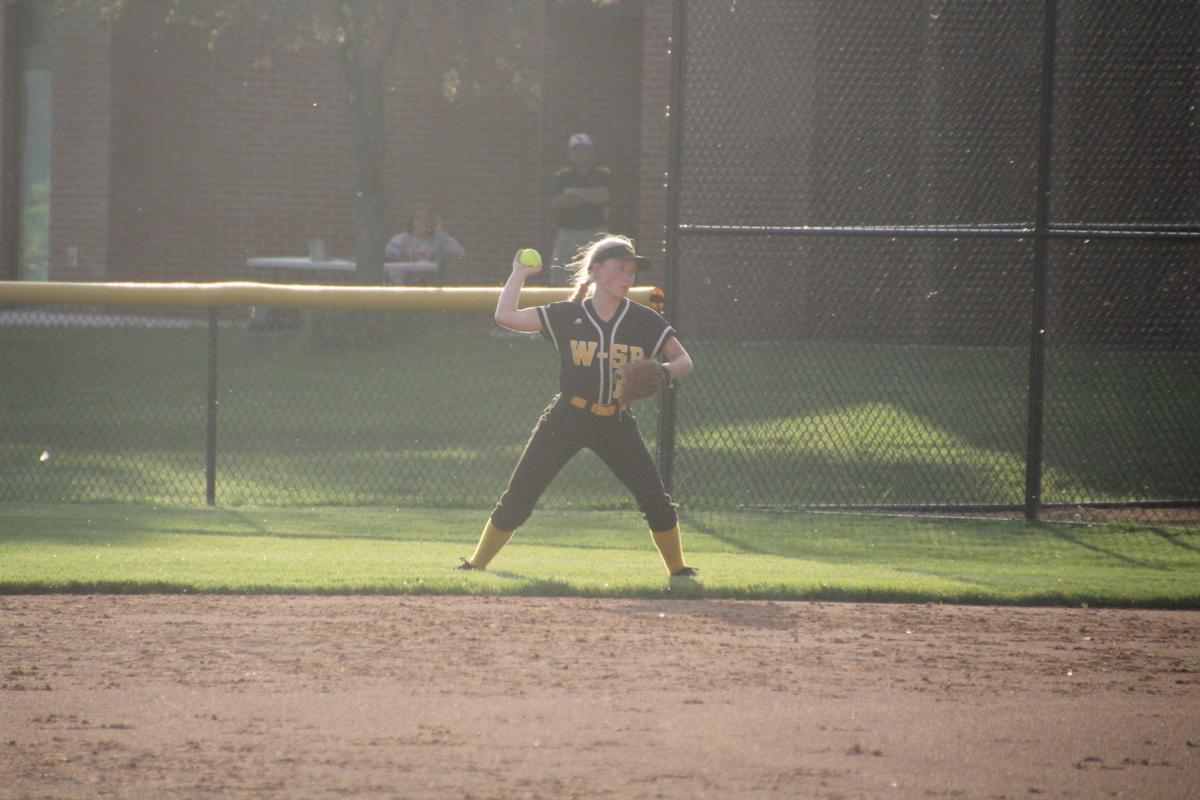 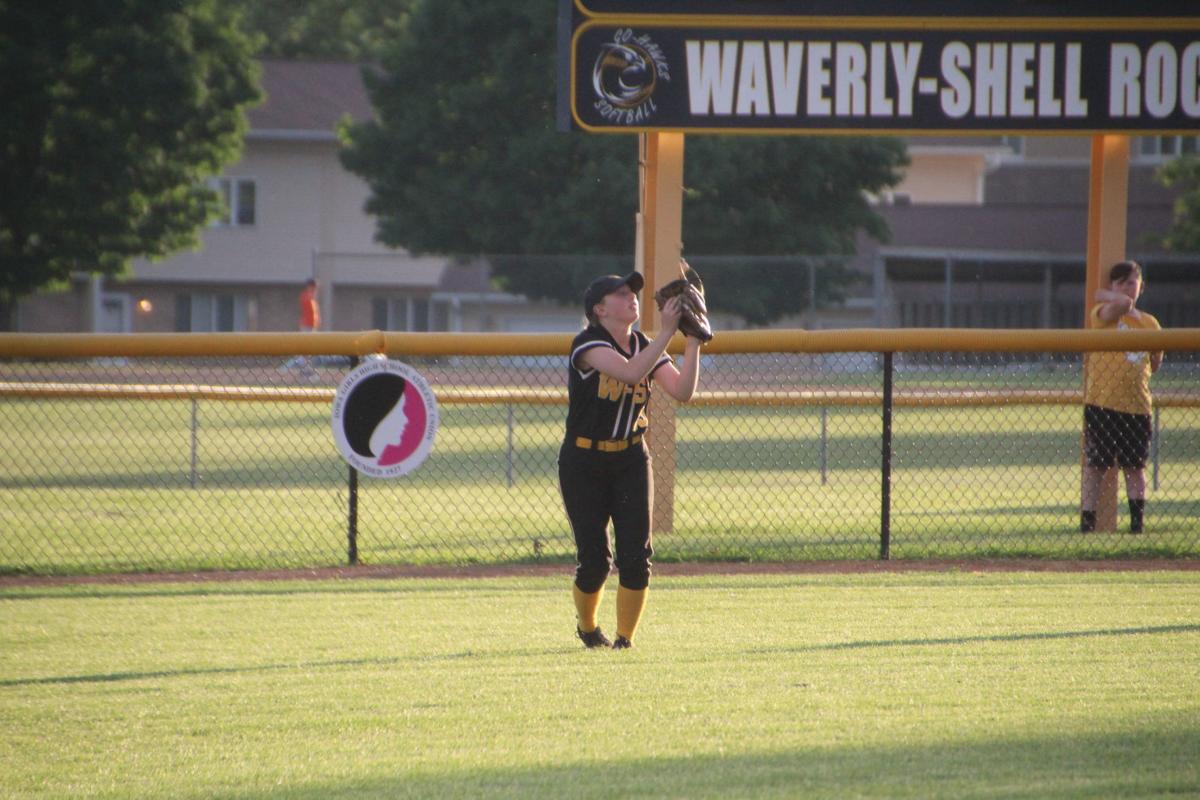 Center fielder Jenna Willey hauls in a fly ball in the third inning of the Go-Hawks game with Decorah on Thursday, June 20.

Center fielder Jenna Willey hauls in a fly ball in the third inning of the Go-Hawks game with Decorah on Thursday, June 20.

Marley Hagarty had an outing that some pitchers would dream about.

The Waverly-Shell Rock sophomore hurler struck out 11 Decorah hitters during their Northeast Iowa Conference tilt Thursday night at W-SR High School, throwing 18 first-pitch strikes out of the 29 batters she faced. Through the first five innings, she only allowed one hit.

However, it was two defensive miscues in the seventh that proved to be the difference in the Vikings’ 3-1 victory over the Go-Hawks.

W-SR head coach Heather Zajicek thought the game was a great one for her team.

“(There were) a lot of positive things that were happening,” Zajicek said. “We made some great defensive plays. Marley had an outstanding night in the circle. Unfortunately, one run is not enough for this squad.

“We had opportunities early on with runners on, and we didn’t execute and score them. In a game that could be this tight, you kind of look back over the course of the seven innings over the things that you could have done better here and there. Certainly, we’re not going to dwell on the last inning. Overall, a great night coming off of (Wednesday’s double header loss to New Hampton, 13-1 and 4-3) and as we head into the weekend.”

Zajicek said the coaching staff is feeling good about how Hagarty has pitched in just her third start and sixth appearance overall.

“She’s definitely settling in and finding her own out here, going into her second week of games with us,” Zajicek said. “She’s feeling comfortable, things are falling in place for her, so it’s very positive.”

The Vikings (12-8 overall, 9-6 NEIC) had a threat in the opening inning. Ella Kittleson drew a four-pitch walk to lead off the game before advancing on a wild pitch and passed ball to third.

However, Hagarty struck out Ambria Pipho and Bryar Duwe before loading the bases by hitting Ellie Luzum and issuing a walk to Avery Shelton. But the threat was eliminated with Hagarty’s third strikeout of the frame, getting Cora Syverson to swing and miss on a 1-2 offering.

Hagarty’s prowess continued into the second, forcing Katherine Bruening to ground to Jacey Meier at second, and then strikeouts of Emma Johnson (looking) and Kittleson (swinging) sandwiched a single by Isabel Ihde. The K to Kittleson started a string of 10 straight retired by Hagarty that extended into the fifth, which included another four Vikings fanned.

Zajicek said it was good to see that Hagarty settled in after that rocky first.

“You get a little nervous when you walk the lead-off batter,” Zaijcek said. “She battled back and kind of took care of business herself.

“It’s great for her to be able to do that and come back and pitch a solid six innings.”

W-SR (2-18, 1-11) then got the first run across in the fourth inning. After not putting a runner on base in the first three, Avery Beckett broke the ice with a single to right field. Luzum then misplayed the ball, allowing Beckett to scramble into second.

After Hagarty advanced Beckett to third on a grounder back to Shelton, the Decorah pitcher, Lindsey Miller looped a base hit into right-center to bring Beckett to the dish for the 1-0 lead. However, Miller got a bit greedy trying to advance to second on the play, and she was cut down back at first from Pipho to Duwe to Katherine Bruening.

Zajicek said her squad took advantage of that opportunity to push across the run.

“You hope to be able to put more than one run up, but we certainly will take that,” she said. “We opportunities with runners on that we’ve got to be able to do something, and in a tight ball game like this.”

The Go-Hawks had that additional opportunity in the fifth. Avery Meier led off the frame with a single, but a grounder by Kaelei Tellinghuisen, a Jenna Wiley strikeout and another ground ball from Alandria Trowbridge snuffed the rally before it could gain steam.

In the top of the sixth, Decorah got even. Pipho broke the Hagarty’s consecutive out string with a solid single to center. Following a strikeout, Pipho then scored all the way from first base on a double to deep left-center by Luzum.

The Go-Hawks looked ready to retake the lead in the bottom of the frame. With one out, Beckett and Hagarty hit consecutive singles. However, Lindsey Miller lined out to Emma Johnson at second, and Jacey Meier flew to Luzum in right to end the threat.

Then it came to a head in the top of the seventh. After Hagarty recorded her 11th K on Bruening, she hit Johnson with a 2-2 offering and then walked Ihde. With Kittleson at bat, both Johnson and Ihde attempted a double steal. Catcher Tellinghuisen tried to cut down Johnson at third, but the throw went errant into left field.

Jorie Lee then retrieved the loose ball and tried to cover up the error by trying to get Johnson at the plate. However, that throw, too, went awry and headed to the backstop, which also allowed Ihde to score to make it 3-1.

Zajicek said everyone did do the right thing in that situation.

“We gotta try to make the outs,” she said. “Sometimes you make them, sometimes you don’t.

Shelton earned the victory with a complete game, scattering five hits with one earned run. She also struck out four and didn’t walk anyone.

Meanwhile, Hagarty was charged with just one earned run on three hits. She walked two, hit two and threw one wild pitch, and her earned-run average dropped from 10.50 to 7.77.

The Go-Hawks continued their touch stretch on Friday and Saturday at an invitational in Marion. Then, they head to Cedar Falls on Monday to take on the Tigers, followed by a home twinbill on Tuesday with Crestwood.

On Thursday, Zajicek was only focusing on the first game of the Marion tournament against Center Point-Urbana.

“They’re big days, but we’re definitely just taking it one game, one day at a time,” she said.