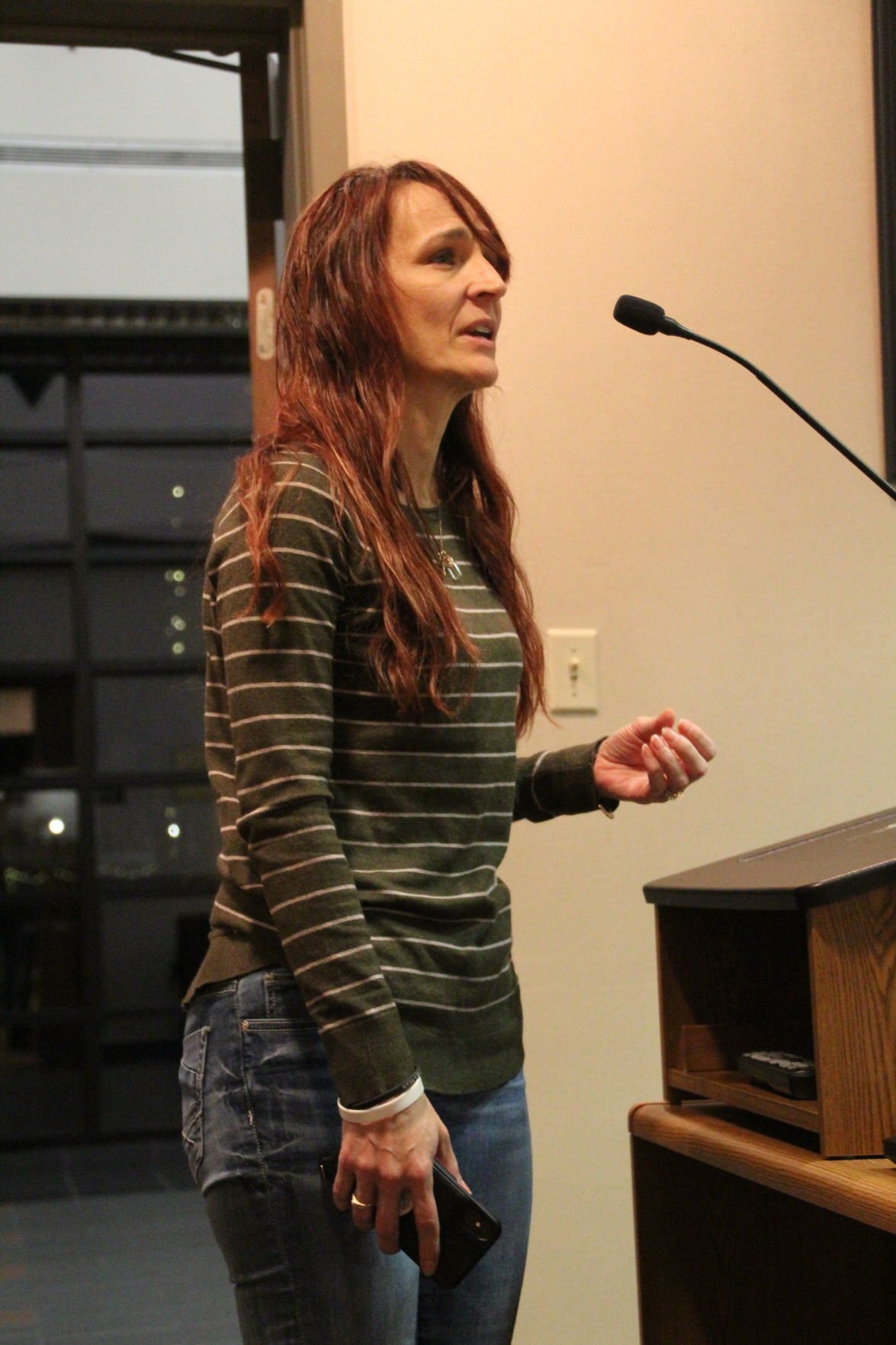 Sheila Fox asked the Waverly City Council to pass a proclamation for January to be declared Slavery and Human Trafficking Prevention and Awareness Month. She will be in Des Moines for a similar ceremony Jan. 16 at the state Capitol. 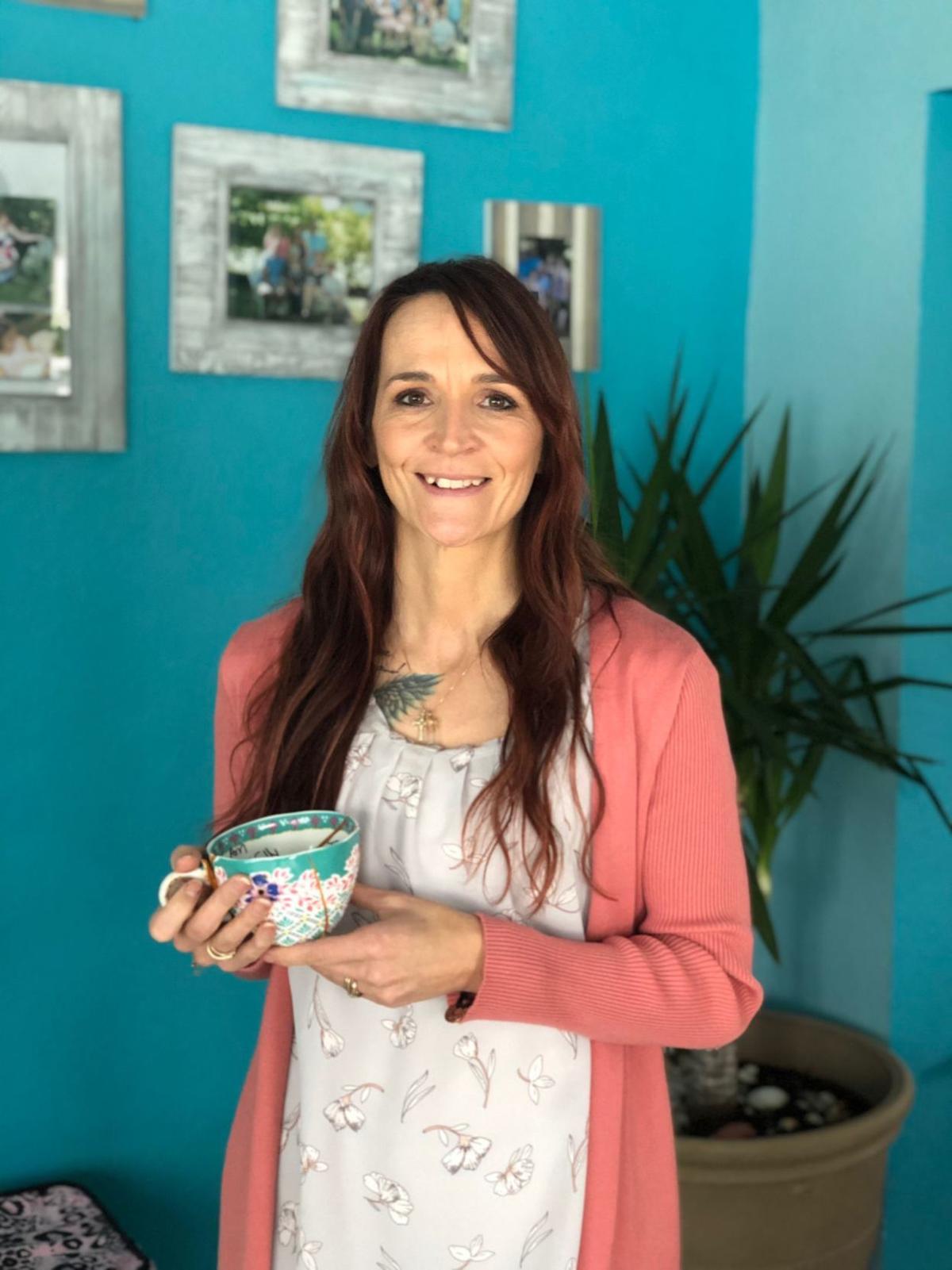 Waverly nurse Sheila Fox has grown from a victim to a survivor in her journey to heal herself. The cup she’s holding in this photo symbolizes her healing and acceptance by using the Japanese method called Kintsugi. 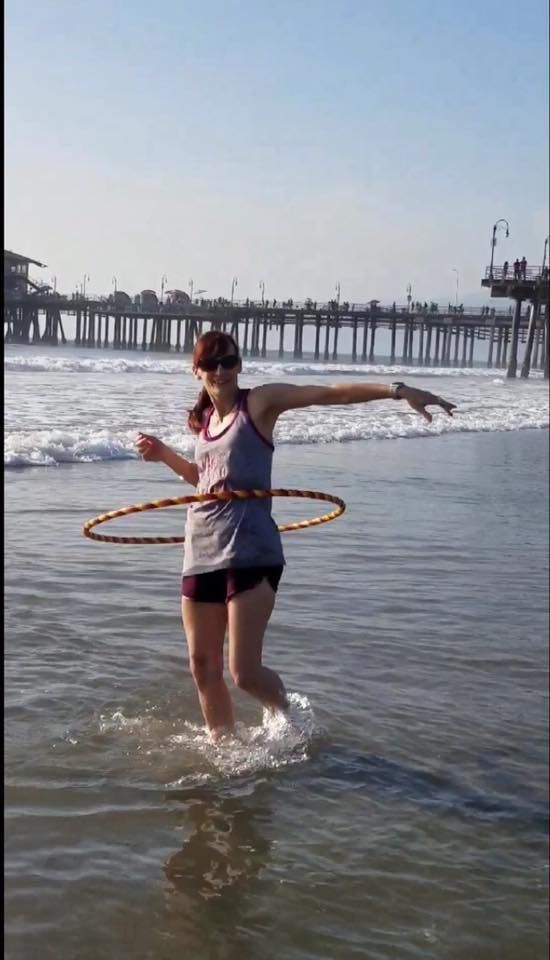 Sheila Fox, said that hula-hooping in the ocean was on her bucket list. The activity is very liberating, she said.

Sheila Fox asked the Waverly City Council to pass a proclamation for January to be declared Slavery and Human Trafficking Prevention and Awareness Month. She will be in Des Moines for a similar ceremony Jan. 16 at the state Capitol.

Waverly nurse Sheila Fox has grown from a victim to a survivor in her journey to heal herself. The cup she’s holding in this photo symbolizes her healing and acceptance by using the Japanese method called Kintsugi.

Sheila Fox, said that hula-hooping in the ocean was on her bucket list. The activity is very liberating, she said.

Finding a voice has been a lifelong journey for Sheila Fox.

The Waverly nurse has traveled it in small steps, one foot in front of the other, sometimes staying in place, sometimes stumbling, sometimes sleepwalking through it.

But ultimately, with what she calls divine help, she found the strength to stand with a straight spine.

“It was God’s healing grace,” she said.

On Jan. 16, Gov. Kim Reynolds will sign a similar document at 11 a.m. in the Rotunda of the state Capitol in Des Moines.

Fox plans to be there for the event as it holds a personal meaning to her.

“The general population does not know the signs and things to watch out for and to help protect fellow citizens, and not only in our community, but also throughout the state of Iowa, and help to keep informed to prevent them from being victims themselves in human trafficking and help those who are in slavery right now of human trafficking and help set them free,” she told the council.

In answer to a question from newly elected Councilman At-Large Matt Schneider, she said people should be vigilant and aware of recognizing the red flags when it comes to encountering those held hostage to sexual violence.

“A lot of signs are tattoos that you see,” she said. “Mainly, you will see a crown tattoo, and usually that is who the perpetrator that is holding these people captive.

“Usually, you will see them with women, … and they will be in public areas trying to get other women and children as well, and they have also captive boys as well… That’s where you usually would spot them.”

Spotting trafficked victims and empathizing with their plight is not just a professional duty for Sheila as a nurse.

Beyond that, she is determined to carve a path for herself in empowering them through advocacy and healing.

Part of that mission is telling her own story candidly and believing it would resonate with others — women, children and men — to find the strength and confidence to seek help and push away the stigma of victimhood.

It is through her discovery of her true self that Sheila had developed the tools and the skills that helped her grow from a victim to a survivor.

She attends Life Church in Waverly, and is a member of their Celebrate Recovery program, led by husband-and-wife team Amber and Shane Blackledge.

The program, along with other social media networks of women she had cultivated, has helped her build her self-esteem, and eventually step up as a life coach and mentor for others.

Reflecting on her awakening to the trauma, Sheila said one of the defining scars left on her psyche by her abusers was a feeling of worthlessness.

Coming to terms with the pain of the past, acknowledging it and shedding the shame and self-loathing that the perpetrators of the violence against her controlled her through has been liberating, she said.

“Anger was raging inside me and I didn’t know how to control it,” she said, recalling her teenage struggles.

Listening to Sheila tell her story today, as a 45-year-old soft spoken nurse, who is professionally trained in recognizing the signs of abuse in others, it is hard to imagine that her upbringing was fraught with violence, sexual and physical abuse from an early age.

“I never told,” she said. “He had me believe that nobody would believe me. He told me I was to be seen, but not heard. And to please him was my purpose.”

Sheila said she never dealt with these painful experiences until, during a session with a life coach two years ago, the repressed memories started emerging,

“I had to accept that this really happened to me,” she said.

“A lot of survivors, like me, carry a lot of guilt and believe it is their fault.”

She had joined a private group of women who shared a health and fitness journey together, and as part of this, the group’s leader, a life coach, started working with her.

That’s when the transformation started to happen.

It wasn’t that the coach had dug particularly deeply into Sheila’s soul to cleanse the pain.

It had been there all along, but had never been dealt with.

On the surface, it appeared she had it all — a supportive husband of 23 years, Andy (who was present at the council meeting on Monday), two grown up children, a job she was good at. She had gone to nursing school at the Northeast Iowa Community College, and recently added an online life coaching degree from Southwest Institute of Healing Arts.

Internally, it was a different story.

In dating Andy, in her 20s, in New Hampton, she had confided in him about some of the traumatic experiences she had lived through as a teen in Illinois.

Her abuser had controlled her through the chains of fear.

When another young girl reported the perpetrator, and the police, though her mother, asked Sheila if something similar had happened to her, she held her tongue.

“I was afraid he would murder my family, I was protecting them,” she said. “I felt unloved, unwanted, unworthy of being loved. I felt ugly and ashamed.”

Sheila said the centerpiece of her journey to health is her faith.

“I found my new identity through Christ’s eyes and how he sees me,” she said. “He sees me as ‘chosen’ as ‘mine,’ as his daughter. He has adopted me.”

“I started feeling comfortable with who I am and started loving who I am,” she said. “I stopped wearing the mask, pretending to be what everybody else wanted me to be.”

Looking back on her life, Sheila recognizes that the only way she could cope with the childhood trauma was to look at herself in retrospect as her own parent.

In the fall of 2015, she mustered up the courage to tell her mother, who was dying of cancer.

“I told her and if I had told her earlier, she would have stopped it, there was nothing my mom would not have done for me or my siblings,” she said.

Sheila reassured her mom she didn’t have to take action on her behalf because she had already forgiven her abuser.

“I didn’t want to leave any words unsaid,” she said.

A tattoo on her right chest of a heart-shaped mother-daughter symbol of two beings with angel wings on the back of each colored in teal, her mom’s favorite color, tells of the love between Sheila and her mom.

Atop the tattoos are the words, “I love you to the Moon and back,” tattooed in her mother’s handwriting. Sheila wears it with pride.

Since her mother’s death in March of 2016, Sheila adopted the mother-daughter symbol as the logo for her business Renewal Christian Coaching LLC, which she founded last year.

Last April, she held a group event at the Community Center in Waverly, called Kintsugi, in which participants were encouraged to love themselves as they are and to pick up the pieces from a piece of pottery they shatter and glue back together in a contrasting color in an act of healing, a nod to an ancient Japanese practice.

“My goal was to reach just one person and I had seven show up,” she said, adding she plans to continue building on this first event.

It is through faith, she emphasizes, that she has survived and realized her purpose.

“I sat down with God and prayed and He showed me why I always felt unworthy.”

She said she didn’t expect to be called to the mic during Monday’s council meeting, but once the mayor gave the opportunity to speak, she stepped up, seeing this as a sign that she has accepted God’s commandment to speak for the silent.

“I want to help the victims of sexual abuse in any way I can,” she said. “I know what it’s like to feel trapped. I have had a muzzle over my mouth for 30-plus some years, the secrets I have held... Now it’s all in the open. I want to help. I am done sitting back.”

Becoming windy with snow showers early, and a steadier snow developing later on. Areas of blowing snow. High 24F. Winds SE at 20 to 30 mph. Chance of snow 100%. 3 to 5 inches of snow expected.

Periods of snow along with gusty winds at times, especially this evening. Some sleet or freezing rain possible. Low 23F. Winds SSE at 20 to 30 mph. Chance of snow 80%. 1 to 3 inches of snow expected.

Windy with snow showers in the morning. Morning high of 29F with temps falling sharply to the single digits. Winds WNW at 25 to 35 mph. Chance of snow 40%. Winds could occasionally gust over 40 mph.