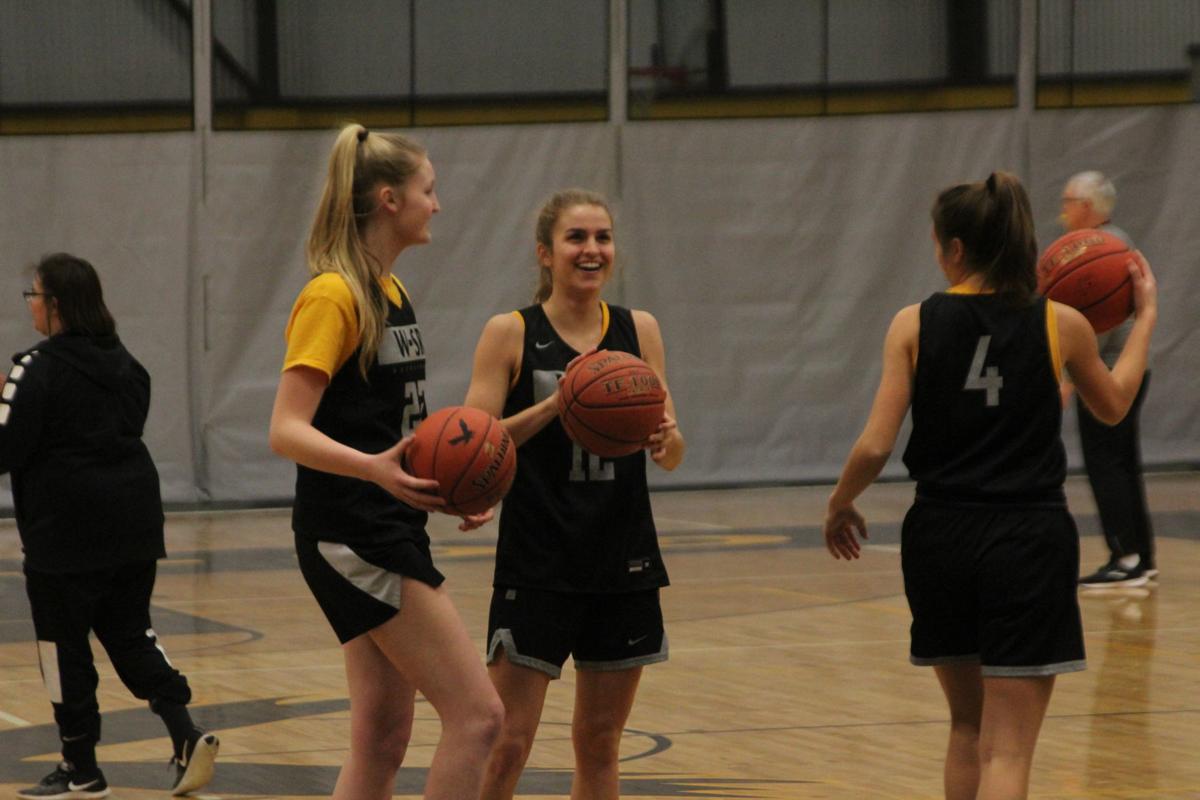 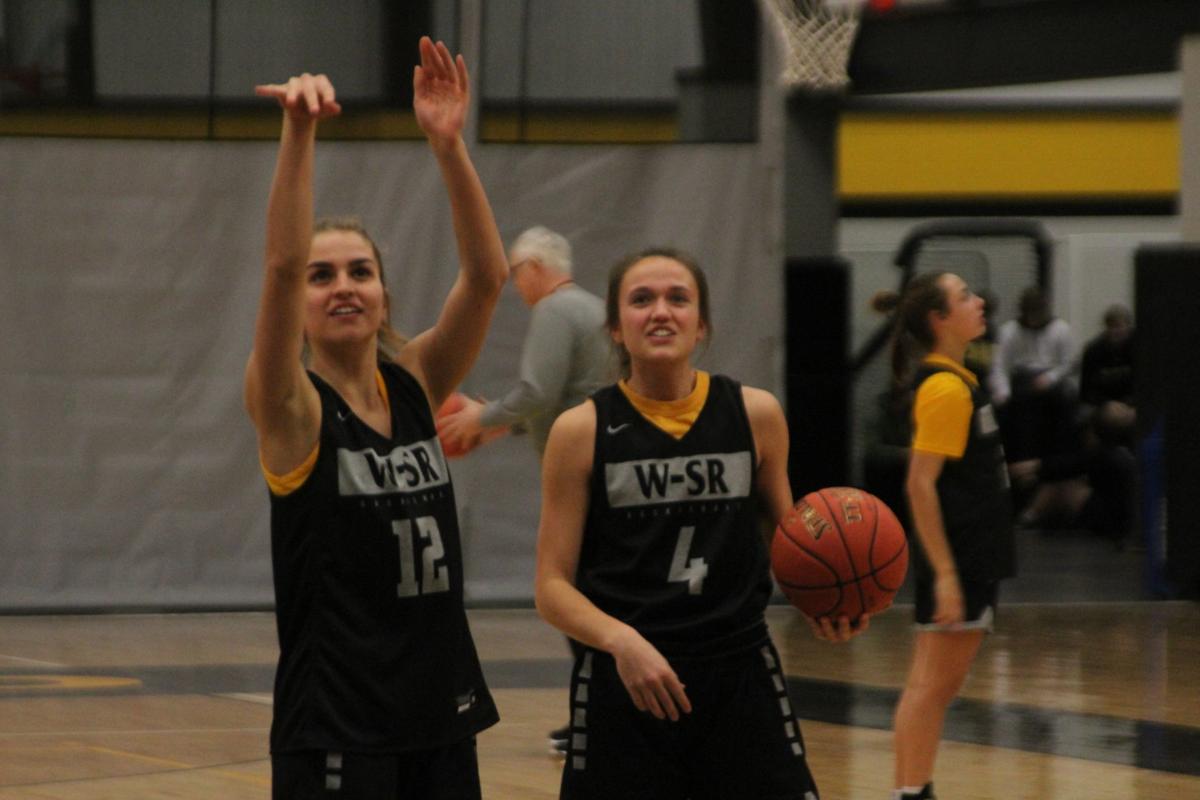 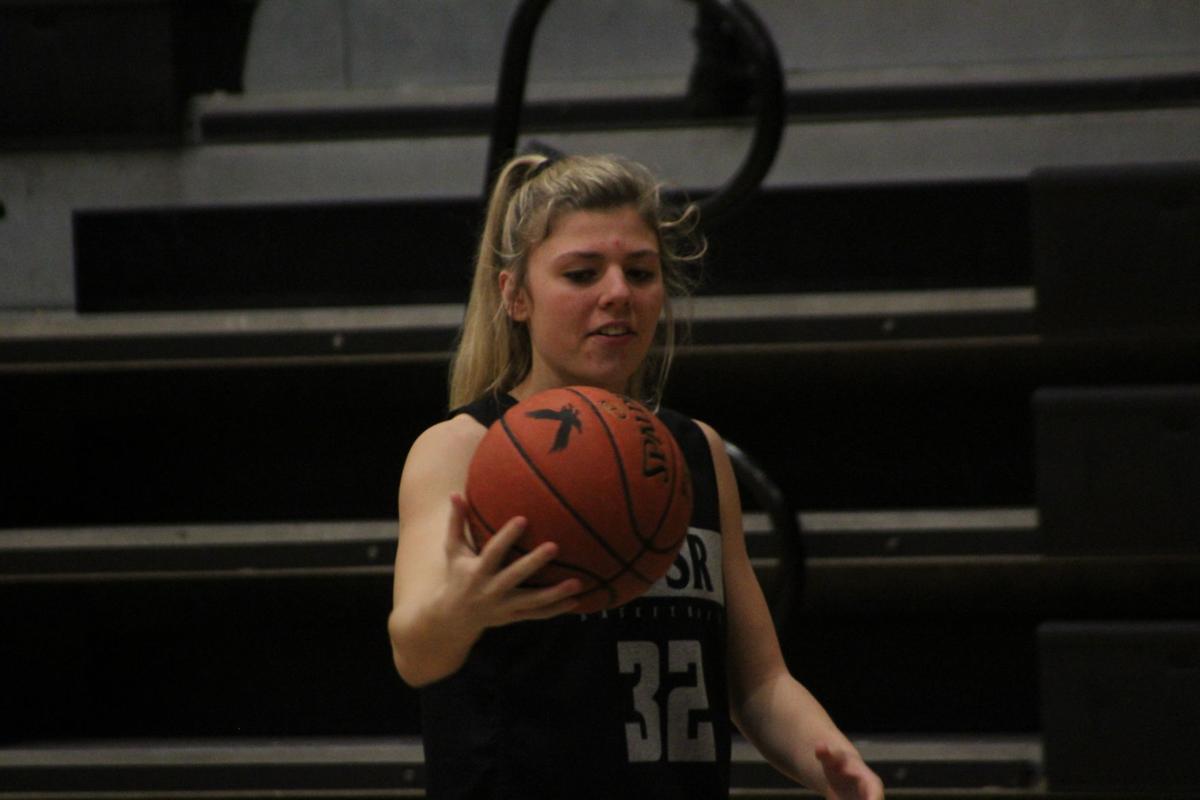 Ask the players on the Waverly-Shell Rock girls basketball team when they realized their current 18-game win streak turned into something special, and you might get a few different answers.

Junior Abbie Draper said the moment came after the Go-Hawks beat Clear Lake 58-35 on Jan. 6, an resounding win over the No. 2 team in Class 3A at the time.

Senior Britney Young said it came nearly a month later, when W-SR eked out a 53-49 victory over Cedar Rapids Prairie, the No. 3 team in Class 5A.

Ask head coach Greg Bodensteiner for his thoughts, and he’ll tell you neither are wrong.

“But Cedar Rapids Prairie was the one that ultimately made every kid believe that we were really a good basketball team.”

Regardless, Bodensteiner’s latter point can’t be denied. No. 6 W-SR has established itself undeniably as one of the best teams in Class 4A.

However — and the W-SR girls won’t deny this — no one expected this much success.

The Go-Hawks entered the year ranked No. 8 in their class, but the team lost two important players from last season and have just two seniors on the roster — Young and Camryn Grawe.

The first two games of the season — losses to Mason City and Center Point-Urbana — perhaps reaffirmed what people around the team believed before the season: that W-SR boasted talent but had a ways to go before reaching the top level.

Fast-forward two and a half months, and everything has changed.

W-SR still hasn’t lost a game since Dec. 5. The team has scratched 18 consecutive “W’s” in the win/loss column, and the Go-Hawks are currently ranked sixth in Class 4A.

“It is really crazy,” Draper said Tuesday. “I don’t think any of us were expecting to be as good as we are this year.”

“I think we’re all really excited; however, we have in the back of our heads that we’re still nervous, because this is a whole different season,” Young said. “Records don’t count anymore. It’s kind of a new beginning but I think we’re all confident that we’re able to win it and get business done.”

Bodensteiner mentioned the 2014-15 W-SR girls team, which started the year by winning 23 straight games. He said it wasn’t the coaches that allowed that streak to continue, but the players, who came to work every day and refused to be beat.

While the team certainly doesn’t want to suffer the same fate from five years ago — that 2014-15 team lost in the first round of the state tournament — the same lessons Bodensteiner applied then are useful now.

“I think these kids have done a really good job of understanding each night and the different challenges our opposing teams bring to the table,” the coach said. “The other part is we’ve had some really tough games sprinkled throughout that. Even though we’ve found a way to win them, we’ve had enough where it was like, ‘Hey we’ve got to be sharp and be ready to go.’”

So, how do you stay motivated and avoid complacency during an 18-game win streak? You simply keep it out of your mind and keep pushing.

Easier said than done, but that’s the approach the Go-Hawks are taking.

“I think just keeping upbeat with our intensity and making sure we’re pushing each other and keeping our mindsets positive,” Young said. “We’re not not worrying about losing — that’s not even in your head. We’re just worrying about winning and getting to the state tournament.”

As much as the girls would like to avoid overthinking the streak, it’s surely hard to do so with so much off time.

After winning the regular season finale against West Delaware on Friday, W-SR will have had a full week without playing a game before regionals begin.

It certainly could be worse: Bodensteiner said one of his teams several years back had even more off time before the postseason.

Young said she’s eager to get going, but the players have used the opportunity to get more bonding in — they recently had a team breakfast.

“I mean, I personally would rather play sooner so we’re not thinking about it too much,” she said. “But I think this time is useful so that we get those extra days of practice in to work on individual things and not just as a team.”

After Friday’s win, Waverly-Shell Rock took the weekend off before returning to practice Monday. Bodensteiner said the practices on Monday and Tuesday would be more physically intensive, and after another off day on Wednesday, practices on Thursday and Friday will be a little more relaxed as the team spends time scouting their opponent.

The Go-Hawks host the winner of Wahlert Catholic and Waterloo East on Saturday in Waverly. While the team doesn’t yet know what opponent it’ll face, it’s preparing to face Wahlert — Waterloo East hasn’t won a game this season.

Wahlert Catholic is 7-14 this season, but Bodensteiner said that undersells how competitive the Golden Eagles have been this season.

They lost by just 4 points Feb. 11 to Cedar Falls — ranked No. 5 in Class 5A — and many of their losses have come by small margins.

W-SR played Wahlert back on Dec. 14, and the Go-Hawks won 58-35. Bodensteiner said the Golden Eagles played man-to-man defense that game, but they’ve played a little bit of zone recently, so the Go-Hawks are preparing for both.

And while the Go-Hawks are likely to get their 19th straight win Saturday, when the lights come on inside the Go-Hawk Gym, that number won’t be on their mind.

The only number on the team’s mind will be “1.”

“Basketball’s a one game at a time thing,” Bodensteiner said. “There’s a lot of teams out there who can beat us on the right night. We kind of look at it by a game-by-game basis. We’re just trying to win 1 in a row.”