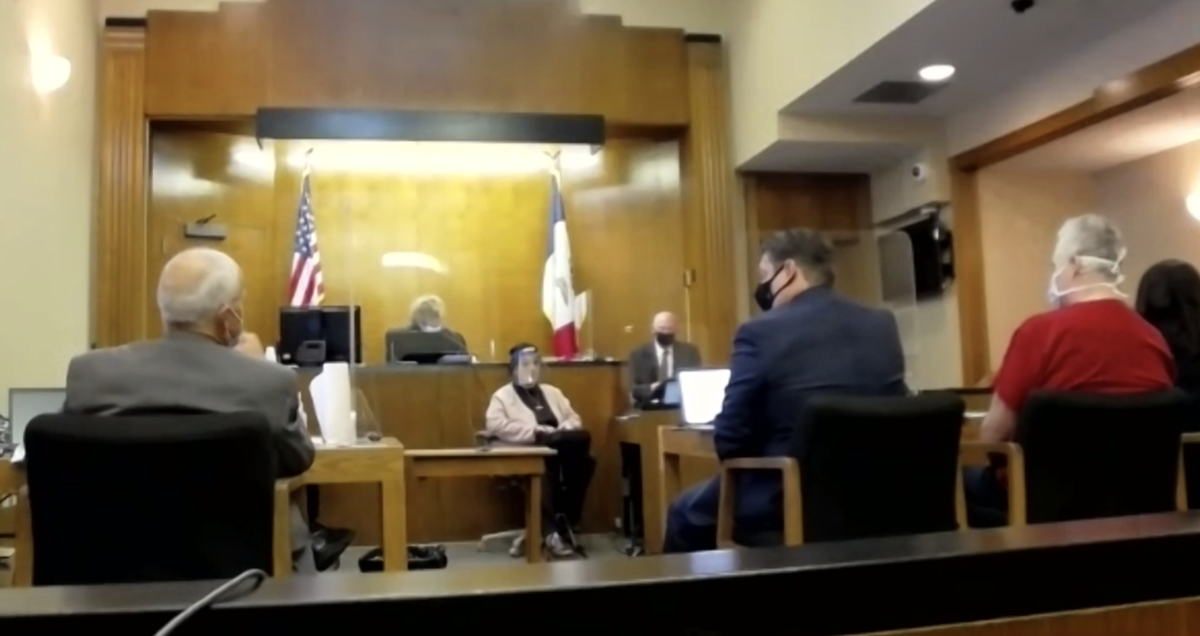 Omaha, Nebraska-based psychiatrist Terry Davis testifies on Friday that Daniel Niebuhr had a psychotic episode when he shot his son, Brock, on March 22, 2019. 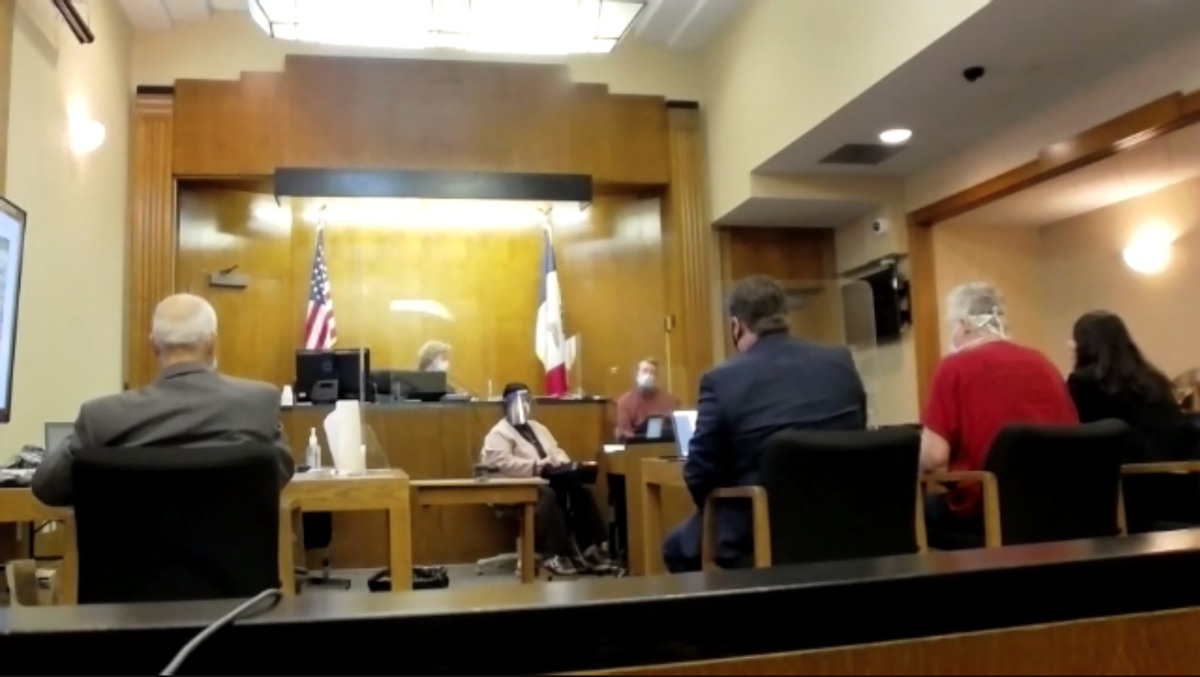 Kevin Niebuhr, brother of defendant Daniel Niebuhr, tells the court on Friday about the decision by the family to take away most of the defendant’s guns prior to the fatal shooting. 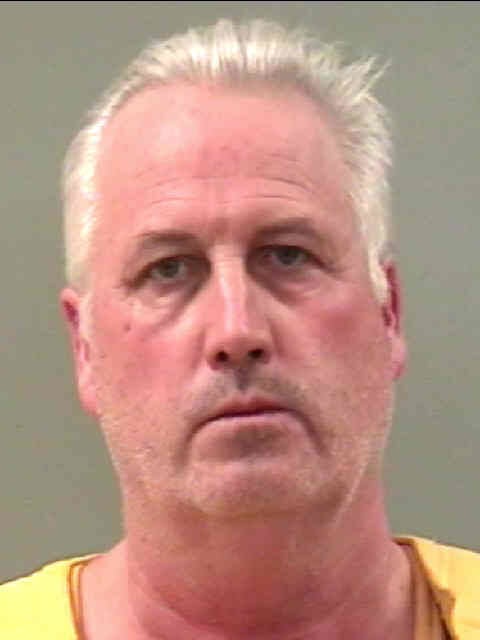 Omaha, Nebraska-based psychiatrist Terry Davis testifies on Friday that Daniel Niebuhr had a psychotic episode when he shot his son, Brock, on March 22, 2019.

Kevin Niebuhr, brother of defendant Daniel Niebuhr, tells the court on Friday about the decision by the family to take away most of the defendant’s guns prior to the fatal shooting.

Daniel Niebuhr was suffering from severe mental issues, which manifested themselves, among other ways, in delusions of grandiosity compounded by religiosity, when he shot and killed his son Brock, a psychiatrist testified Friday.

A documented history of mental illness aggravated by financial woes of a failing golf course business led up to the fatal outcome, witnesses testified in the first three days of the trial.

Held at the Bremer County Courthouse under pandemic protocols, this is a bench trial, in which the judge, DeDra Schroeder, will decide the defendant’s fate after hearing the evidence from both sides.

The state is represented by Bremer County Attorney Kasey Wadding and the defendant by Chad Frese and Jennifer Frese, of Kaplan & Frese LLP.

The public and the media have been able to observe the proceedings via Zoom, and witnesses have had to wait in their vehicles to comply with social distancing guidelines. Plexiglass shields were also installed in front of the judge, the witness stand and on each attorney’s table.

All parties in the courtroom wore masks, and the court reporter wore a face shield.

The prosecution contends that on March 22, the Fairbank man pulled the trigger knowingly and maliciously, with an intent to kill his son. To prove first-degree murder, Wadding must prove beyond a reasonable doubt that the defendant killed his son willfully, deliberately and with premeditation.

But if the defense storyline is to be believed, Niebuhr could not form evil intent because he suffered from severe and documented mental issues.

In the moment, Niebuhr could not form such an intent because motivations were those of a deranged mind, psychiatrist Terry Davis, of Omaha, Nebraska, testified on Friday.

“We struggle to make sense of it,” he said, explaining the difference between rationality and delusional thinking, “since this was a psychotic act we will never make sense of it.”

Niebuhr’s sick mind believed that he could “replace his damnation by shooting Brock,” the psychiatrist said.

Davis said he believed Niebuhr exhibited psychotic behavior because he could not recall the act that he had committed; waited to be apprehended by law enforcement and did not run away as one might expect from a cold blooded criminal; and that in later testimony to medical professionals, continued to search internally for answers about what he did.

Those answers do not make sense to a rational mind, but to Niebuhr’s, they did.

Niebuhr’s original intent was to turn the gun on himself, Davis testified, and in turning it to Brock instead, he believed he was saving himself or ensuring his late father’s entry into Heaven.

Once a non-believer, Niebuhr had started to express “hyper religiosity,” in the months leading to the tragedy. He later even asked a doctor who examined him if he was a man of God, a question Davis said he had never heard in the thousands of cases he had worked on over the years.

Niebuhr believed he was going to Hell because of an infidelity he had committed years ago, and “shooting Brock would solve that,” Davis said.

On cross examination on Friday, Wadding, the county attorney, pressed the psychiatrist to admit that Niebuhr knew, in the moment, he was doing “a terrible thing.” But Davis pushed back, sticking with his earlier analysis that the defendant was in a psychotic state and therefore incapable of premeditating.

Reger was on the stand Wednesday afternoon and Thursday morning testifying about an interview, played in court, which Reger had conducted with Niebuhr on the night of the shooting.

The video was played in its entirety by Wadding in the courtroom, and then Jennifer Frese reviewed selected segments for Reger that underscored the defense’s arguments.

On Friday, Chad Frese then showed Davis, the psychiatrist, further snippets of that interview and asked for his expert opinion of Niebuhr’s state of mind.

“The shooting didn’t make sense,” Davis said. “We can’t make sense of it. It was a psychotic act, as part of a mental derangement. His disease caused it.

“If not for the disease, he would not have shot Brock.”

According to the investigation and in past testimony earlier in the week, Brock Niebuhr had agreed to stay with Daniel Niebuhr for the weekend to keep an eye on him. The elder Niebuhr’s erratic behavior earlier had caused the family to worry about his well-being.

He had gone missing earlier in the day.

He had spent time wandering around at the now-defunct Wapsie Ridge Golf Course, which he had managed with his late father, before going to St. John’s Evangelical Lutheran Church in rural Fairbank and eventually speaking to the Rev. Jacob Swensen, its pastor.

Brock Niebuhr, along with Daniel Niebuhr’s wife, Anne, and her friend, managed to persuade him to return to home with them. The crisis appeared to have dissipated.

So Anne and the friend then went to Waterloo to get Daniel’s medications as well as go to Brock’s Dike house to get an overnight bag.

In between the women’s departure and their return, Daniel Niebuhr pulled the trigger and then tried to administer CPR on the victim.

On Friday, Davis, the psychiatrist, said Daniel Niebuhr thought he was being pursued by “demons.”

In cross-examination, Wadding, the county attorney, asked Davis that if getting rid of someone would bring someone else peace of mind, would that indicate they appreciated what they did. Davis said it would.

Later, Wadding asked if there were earlier mentions of suicidal tendencies in records. Davis said there wasn’t any mention of it.

One of the assertions Davis made is that because Niebuhr had mental illness, he got better when he took his meds.

Bremer County Jail Administrator Adam Spray testified on Thursday to that. After Daniel Niebuhr resumed taking his medications in jail, his attitude changed.

“Two weeks after his arrest, he got to the point where he was (less non-compliant),” Spray told the court. “He became a model inmate.”

Both sides agreed to submit closing arguments in writing. Wadding is expected to give the prosecution’s argument by Dec. 7, Chad Frese by Dec. 14, and a rebuttal by Dec. 21.

Before closing the record on Friday, the judge asked Daniel Niebuhr if he had elected not to testify in his own defense.

“Yes, your honor,” he answered.