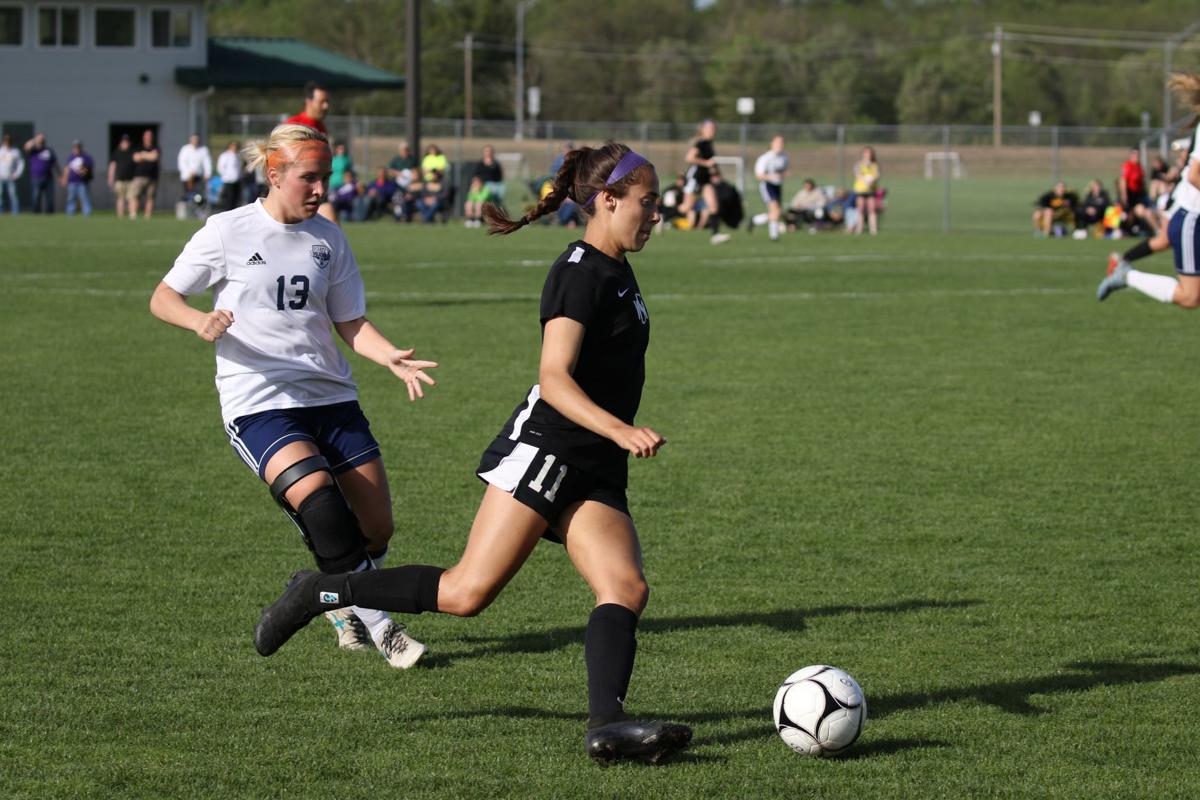 Waverly-Shell Rock’s Kenzie Roling kicks the ball during the Go-Hawks’ game against Hudson on May 22, which they won, 8-0. 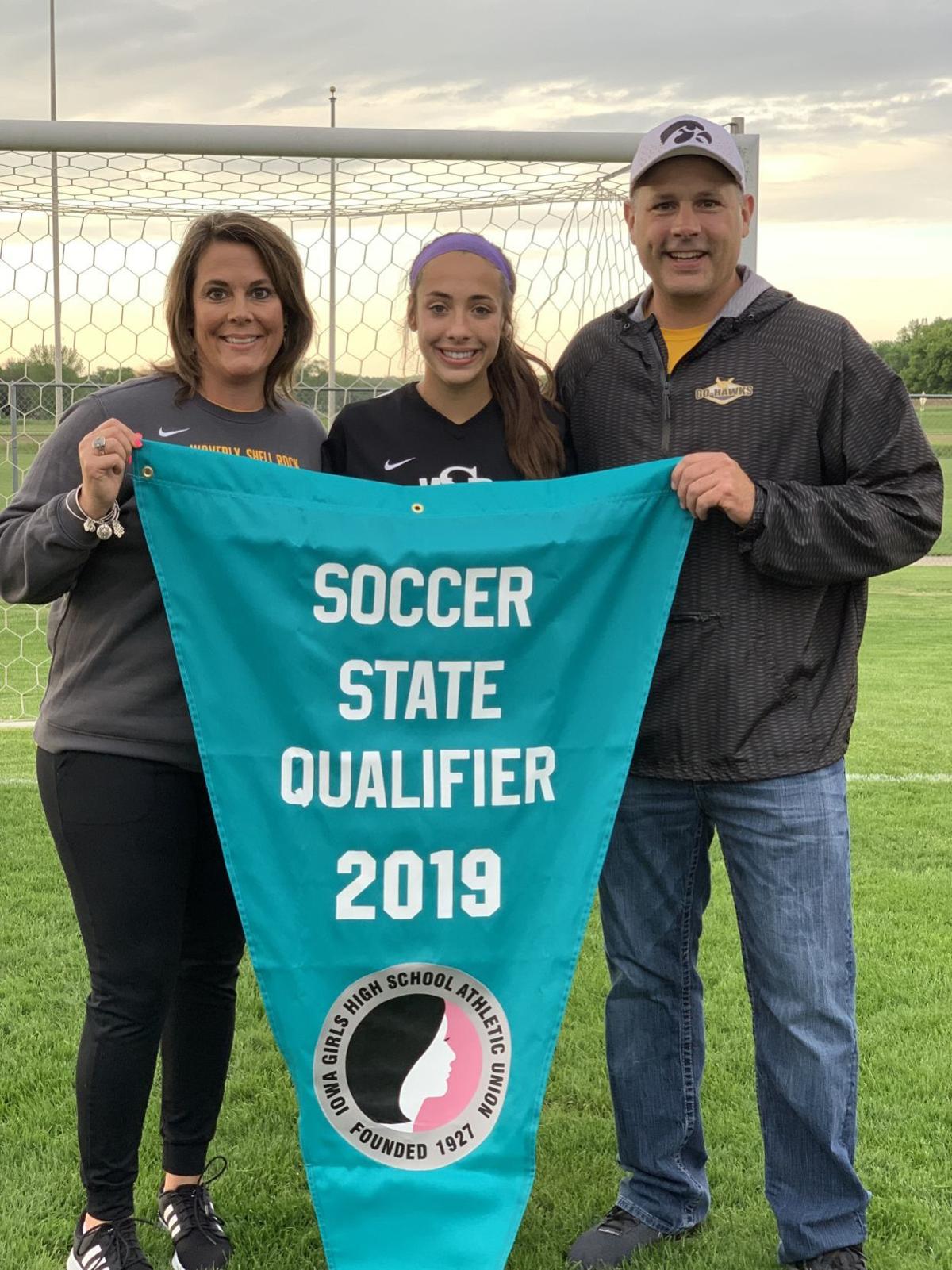 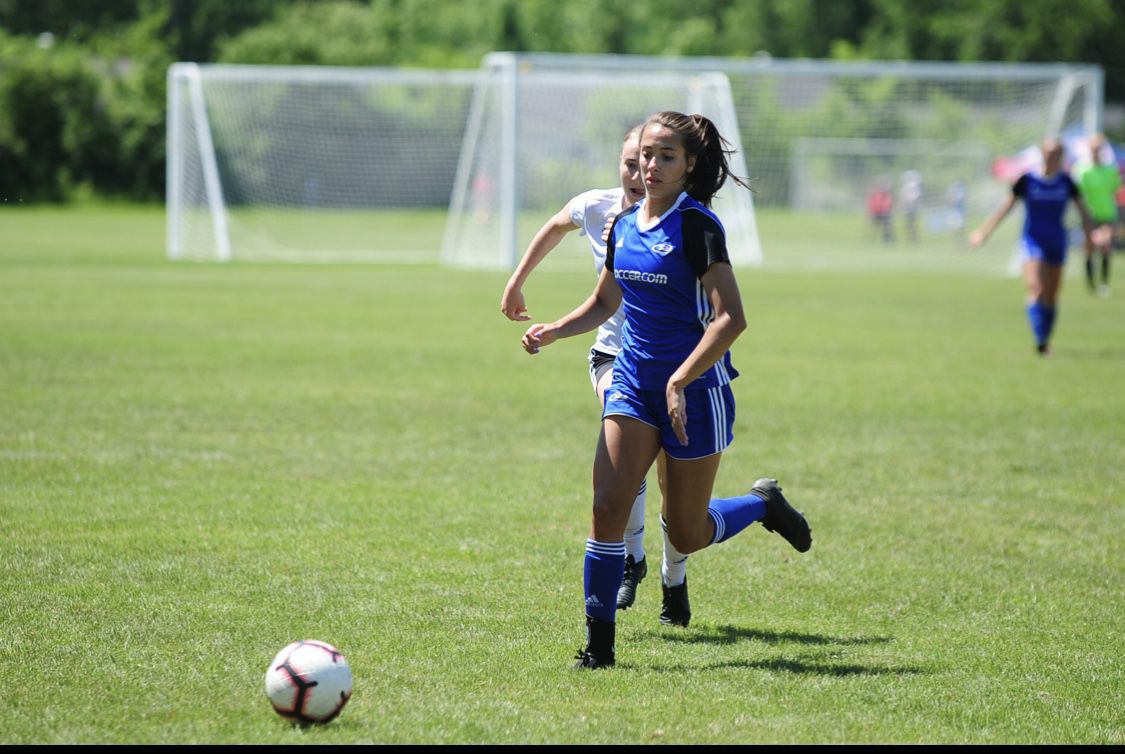 Kenzie Roling moves the ball while playing on the Iowa Rush U16 team. This season, Iowa Rush advanced to the national tournament in Overland Park, Kansas and went 1-1-1. 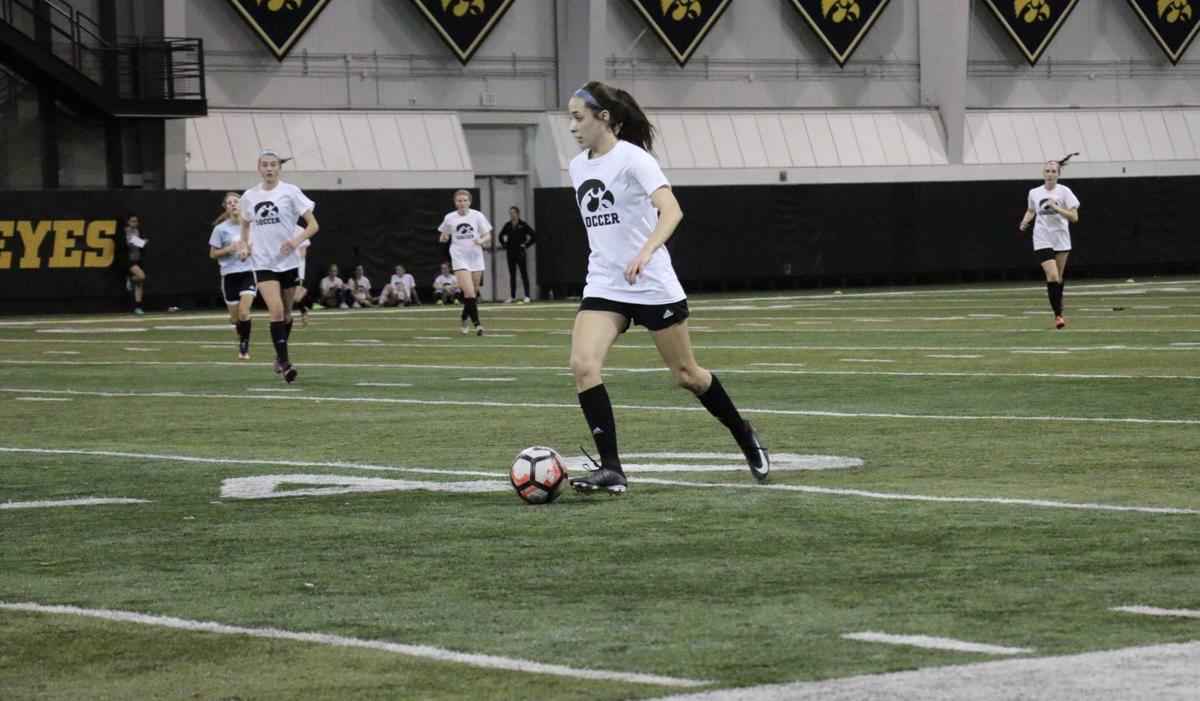 After verbally committing on her birthday, April 2, Kenzie Roling will be attending the University of Iowa and will play women’s soccer, after graduating in 2021.

Waverly-Shell Rock’s Kenzie Roling kicks the ball during the Go-Hawks’ game against Hudson on May 22, which they won, 8-0.

Kenzie Roling moves the ball while playing on the Iowa Rush U16 team. This season, Iowa Rush advanced to the national tournament in Overland Park, Kansas and went 1-1-1.

After verbally committing on her birthday, April 2, Kenzie Roling will be attending the University of Iowa and will play women’s soccer, after graduating in 2021.

The United States women’s soccer team won on the world’s biggest stage on July 7, when the team defeated the Netherlands, 2-0 in the FIFA Women's World Cup final game in Lyon, France.

Rose Lavelle and Megan Rapinoe each put in a goal during the victory, which marked the national team’s second-straight World Cup title, as the U.S. also won the tournament in 2015. It was the USWNT's fourth championship overall.

Roling has her sights set on the U.S. women’s soccer team, as she has been in the Olympic Development Program (ODP) since 2015.

According to U.S. Youth Soccer, the purpose of the ODP is “to identify a pool of players in each age group from which a National Team will be selected for international competition; to provide high-level training to benefit and enhance the development of players at all levels; and, through the use of carefully selected and licensed coaches, develop a mechanism for the exchange of ideas and curriculum to improve all levels of coaching.”

Roling first had to try out for the 18-player state team, which she made during her first year of playing with the ODP. From there, she tried out for the regional team, which included a five-day camp, which she has been invited to all of the seasons she’s participated in the ODP.

She said the ODP has been a great experience, especially with her ultimate goal of joining the U.S. women’s soccer team.

“I want to be more prepared for college,” Roling said. “I think it would be awesome to be on the national team. That’s the ultimate goal with the ODP. Another hope off of the field is just to meet a lot of cool people at the regional and national level.”

The ODP took Roling away from the Go-Hawk girls’ basketball team last season for nearly a week, as she was competing in Boca Raton, Florida, with the ODP Midwest team against the ODP West, East and South teams.

Roling enjoyed that experience, as several national team coaches were in attendance to recruit potential players. She was lucky enough to be one of them.

“National coaches were there watching and that was a cool experience,” Roling said. “That is one of the ways to get onto the national team. They watch and recruit players, so I’m in the national pool. They could call me up for my team, whenever they wanted.”

What’s far more shocking than Roling’s soccer aspirations is the fact that she wasn’t interested in the sport of soccer at first.

A youth team in Waverly, coached by Randy Draper at the time, was the first time Roling was exposed to the sport. Roling had her heart set with dance and gymnastics.

When she got out on the soccer pitch, the rest was history.

“When I was younger, I didn’t want to play soccer at all,” Roling said. “Randy Draper was a coach for one of the younger soccer teams, so I think I started a year late. He [Draper] had me come out, and I immediately fell in love with it. I’ve been playing ever since.”

Afted Brad knew that Kenzie was going to play soccer for quite some time, he immersed himself in learning all things soccer.

“My dad realized that I was going to be playing soccer for quite some time, and he made it his goal to learn as much as he could about coaching the sport, which has helped me learn a lot about the sport, grown my love for the game and helped me improve.”

Roling has achieved a stellar soccer career, even though she’s going to be a junior this fall at Waverly-Shell Rock High School.

During her first two seasons with the Go-Hawk girls’ soccer program, Roling helped her team get to back-to-back Class 2A state championship games, while finishing as state runner-ups in 2018 and 2019. She scored 71 goals and gave out 20 assists in those two seasons, according to QuikStats and the Iowa Girls’ High School Athletic Union’s state results.

Even though the high school soccer season ended in early June, Roling extended her soccer season throughout the summer months with her club team, Iowa Rush U16, who made it all the way to the U.S. Youth Soccer National Championships, July 22-28 in Overland Park, Kansas.

On July 23, Iowa Rush tied with Legends IE out of California, while they defeated Sunrise Sting of Florida, 3-2 on July 24. LVSA out of Nevada defeated Iowa Rush, 2-0 on July 25, which ended Iowa Rush’s nationals run, just one day shy of the semifinal round.

Iowa Rush’s run during the U.S. Youth Soccer National Championships was historic, as the 16U team was Iowa’s second team to qualify for the tournament and the first to win and tie a game.

Roling said competing at the national tournament was unique because of the history her and her teammates made along the way.

“The National Championships were amazing,” Roling said. “They were an amazing experience, especially being the second team to be there and making history with winning and tying a game. It was awesome. Those experiences help me grow as a player and a person, so much.”

Between the two high school seasons Roling has left in the black and gold and her future with Iowa Rush, one thing is for certain – she is anxious to continue improving her already solid soccer skills.

One way she will do that is by continuing to make history with the Iowa Rush U16 soccer team.

“My club team [Iowa Rush U16] qualified for a ton of different leagues,” Roling said. “We are playing in National League, and we were the first Iowa team to ever do that. I think that will be an awesome experience. We are playing in the top division of MRL, which is a league in soccer. I’m just super excited to play better competition.”

Just as Lavelle and Rapinoe inspired Roling’s soccer career, she hopes to return the favor to younger soccer players in the area.

For those wanting to play soccer at a higher level, Roling has a few words of wisdom.

“Always work hard, do what you love and good things will come,” Roling said.

Roling has verbally committed to the University of Iowa and their women’s soccer program, and she did so on her birthday this year, April 2.

Since Roling committed to the Hawkeye program, it aligns her soccer future on the similar path of Lavelle, who played collegiate soccer for the University of Wisconsin, a conference opponent of the Hawkeyes, and was also in the ODP and competed in the National League.

“She’s [Lavelle] so crafty and confident,” Roling said. “She’s very humble, and it’s very cool, because she played at the University of Wisconsin, which is a college I’ll be playing. It’s cool to see someone from a smaller college do that sort of thing and play on the U.S. Team.”

While Roling’s accolades continue to pile up, she has learned lessons from the sport of soccer, on and off the field.

Both lessons will stick with Roling far into the future and likely beyond her soccer career.

“On the field, challenging and pushing myself to my limits has helped me grow as a player,” Roling said. “Off the field, I’ve learned that soccer brings a lot of people together that have similar mindsets. When I was in Boca [Florida], almost every girl there was similar to me in school, soccer, friend groups. It was just cool to see people that are like you. It just brings a lot of people together, whether they play it or watch it.”

Periods of snow along with gusty winds at times, especially this evening. Some sleet or freezing rain possible. Low 23F. Winds SSE at 20 to 30 mph. Chance of snow 80%. Snow accumulating 1 to 3 inches.

Windy with snow showers in the morning. Morning high of 29F with temps falling sharply to the single digits. Winds WNW at 25 to 35 mph. Chance of snow 50%. Winds could occasionally gust over 40 mph.