You are the owner of this article.
Edit Article Add New Article
You have permission to edit this article.
Edit
Welcome, Guest
Home
COVID-19
News
Sports
Opinion
Obits
Lifestyle
Multimedia
Classifieds
Marketplace
Share This
1 of 8 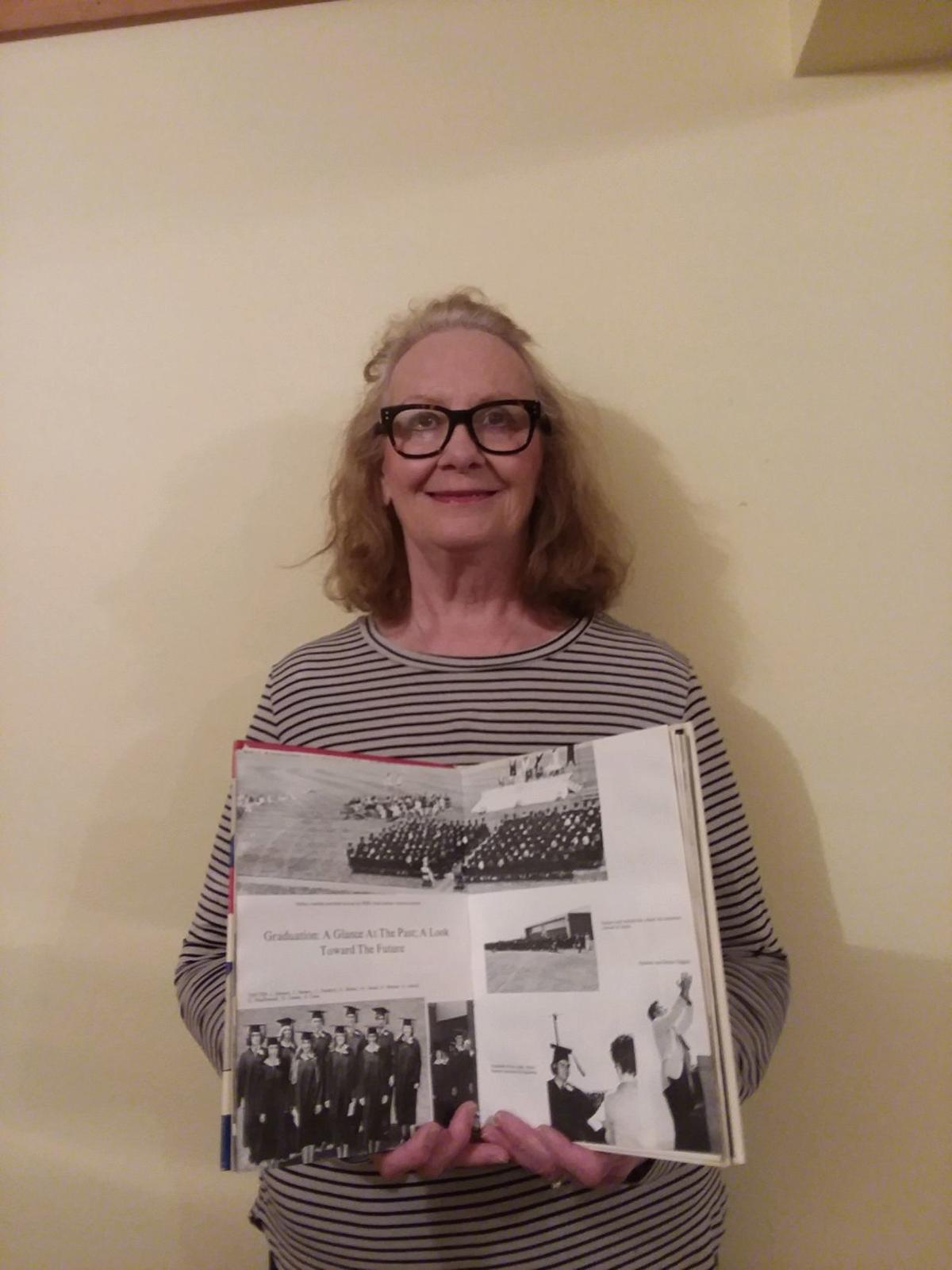 Judy Schultz holds the W-SR 1971 yearbook, which contains a photo of her during her graduation, at right. 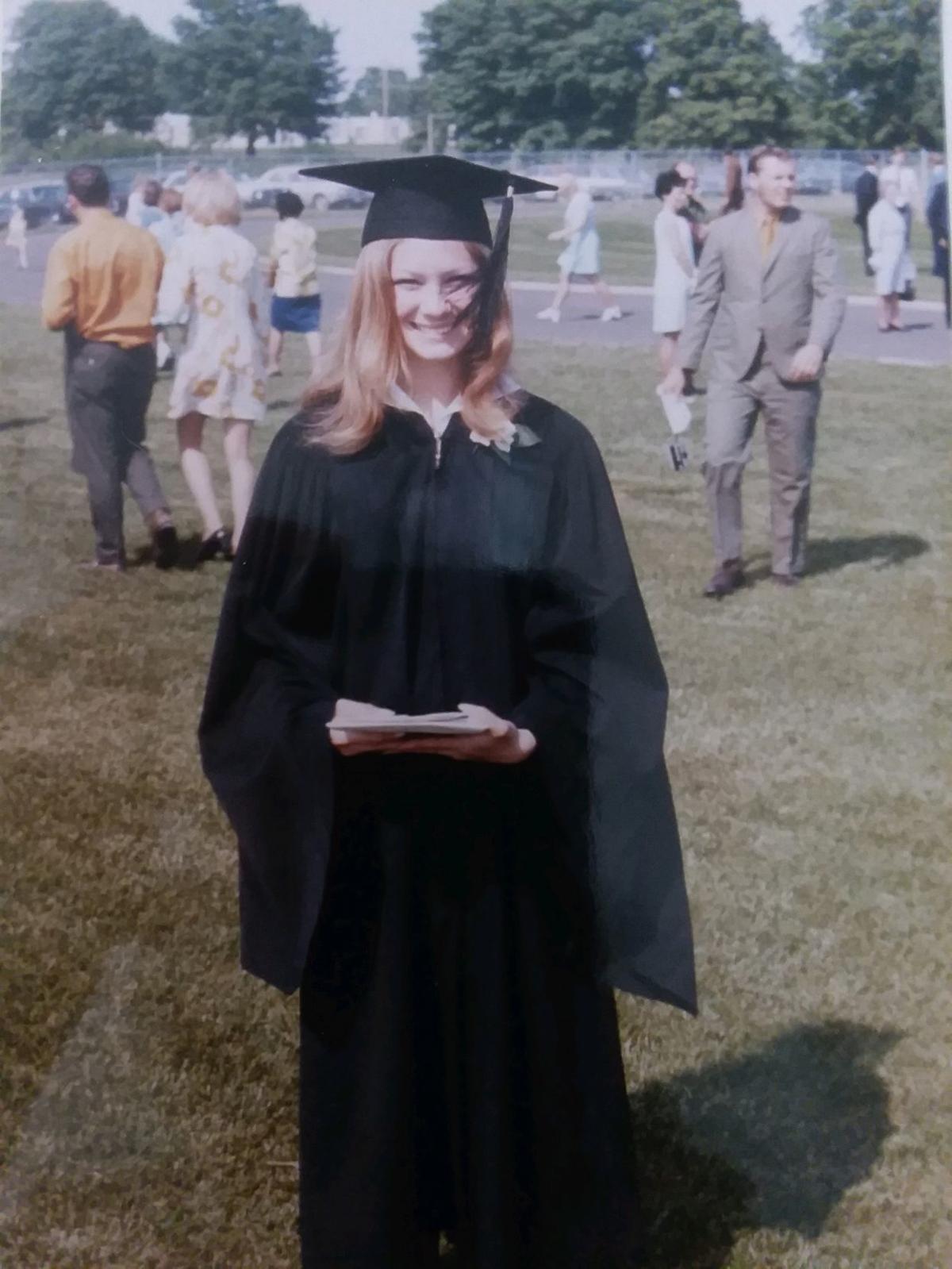 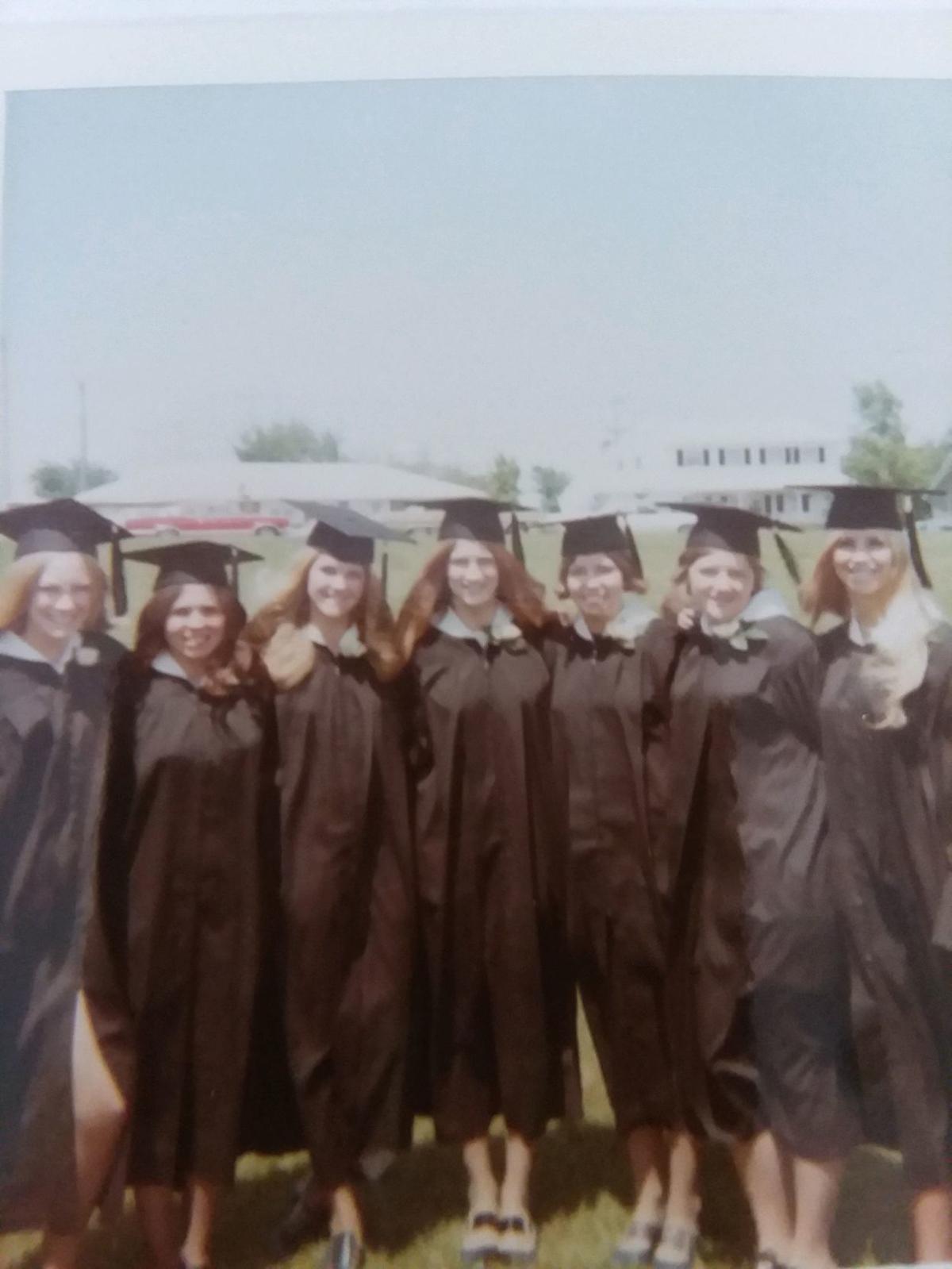 The Waverly-Shell Rock High School Class of 1971 will mark its 50-year reunion in 2021, provided the coronavirus pandemic subsides. 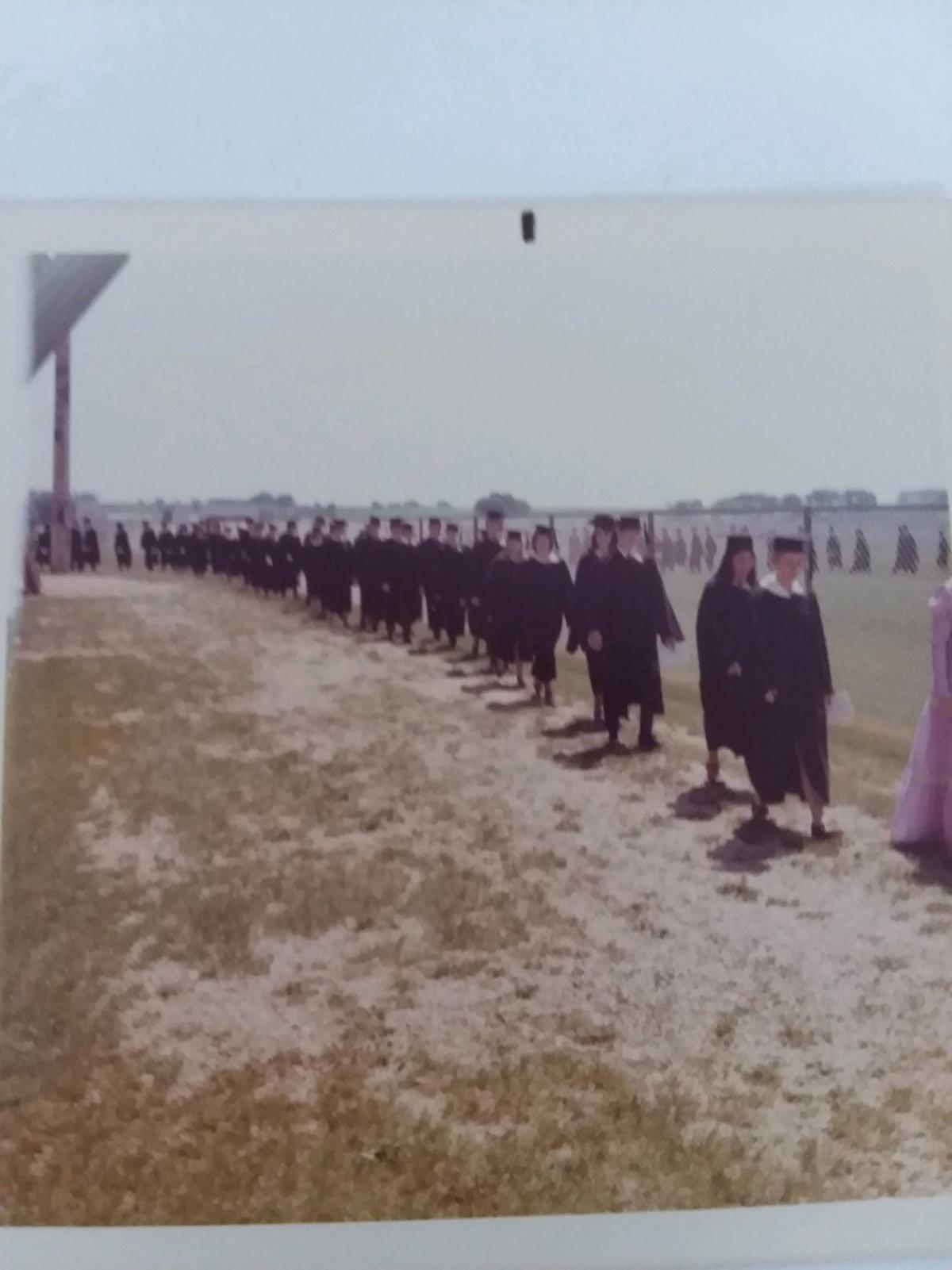 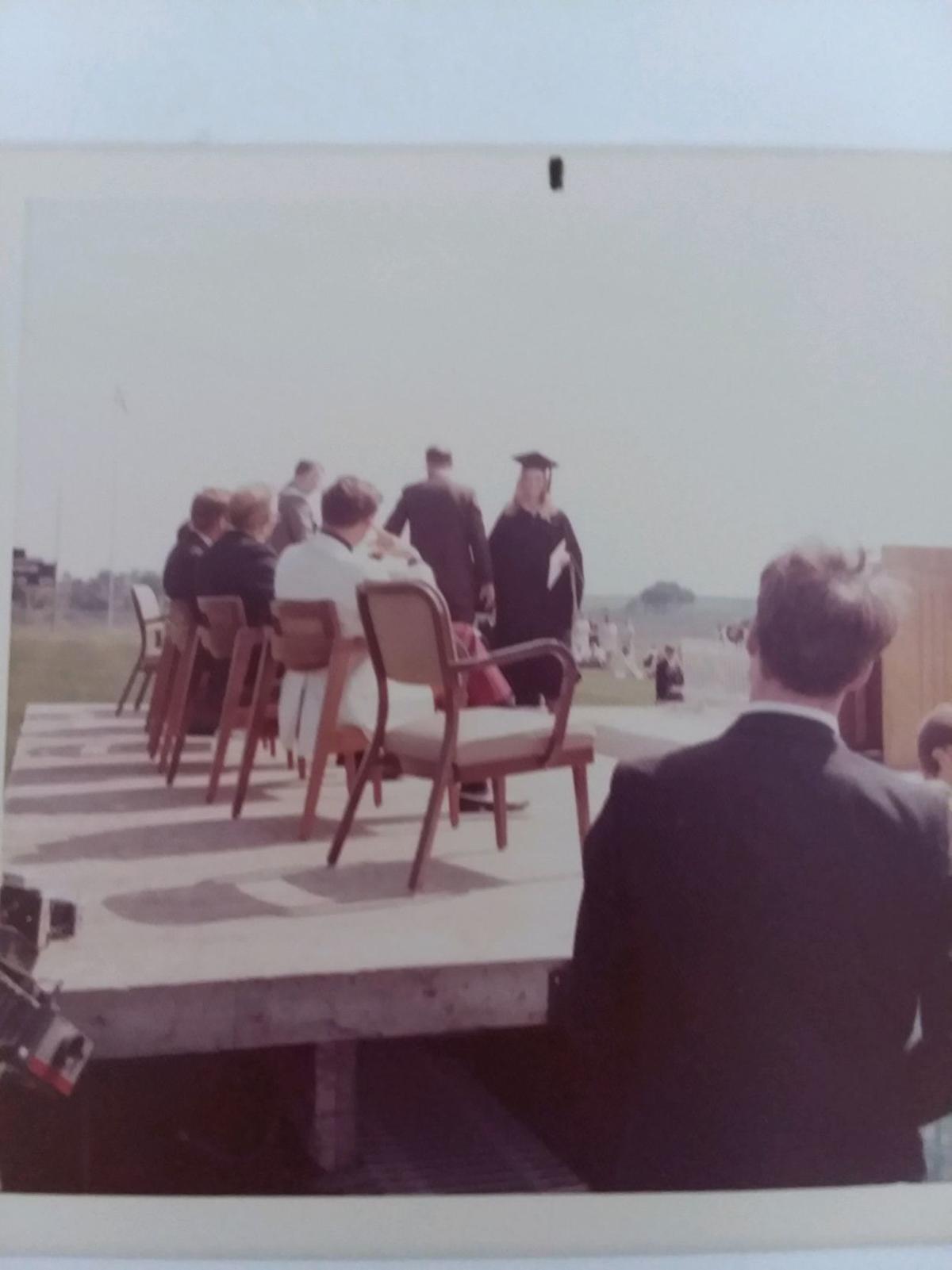 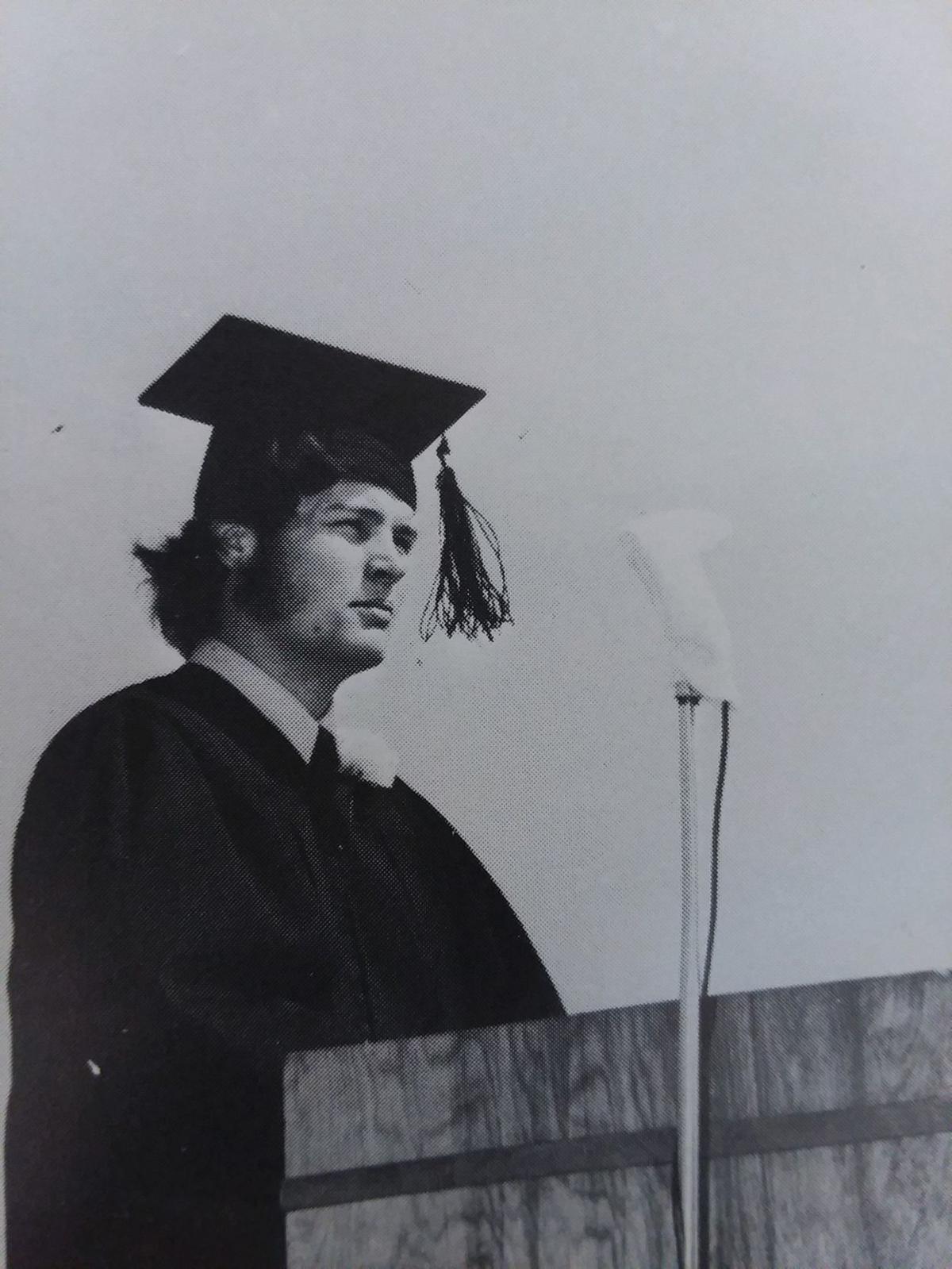 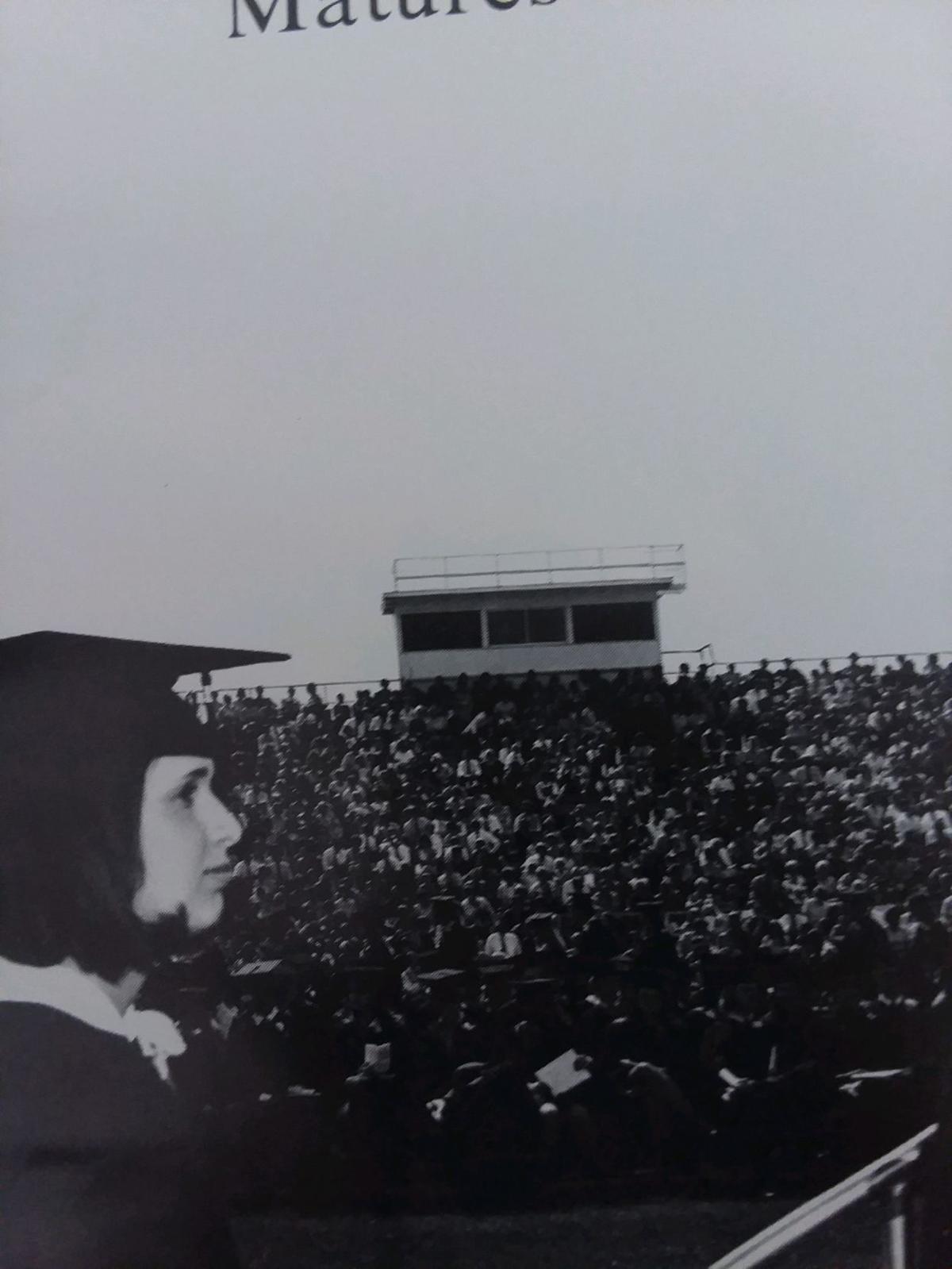 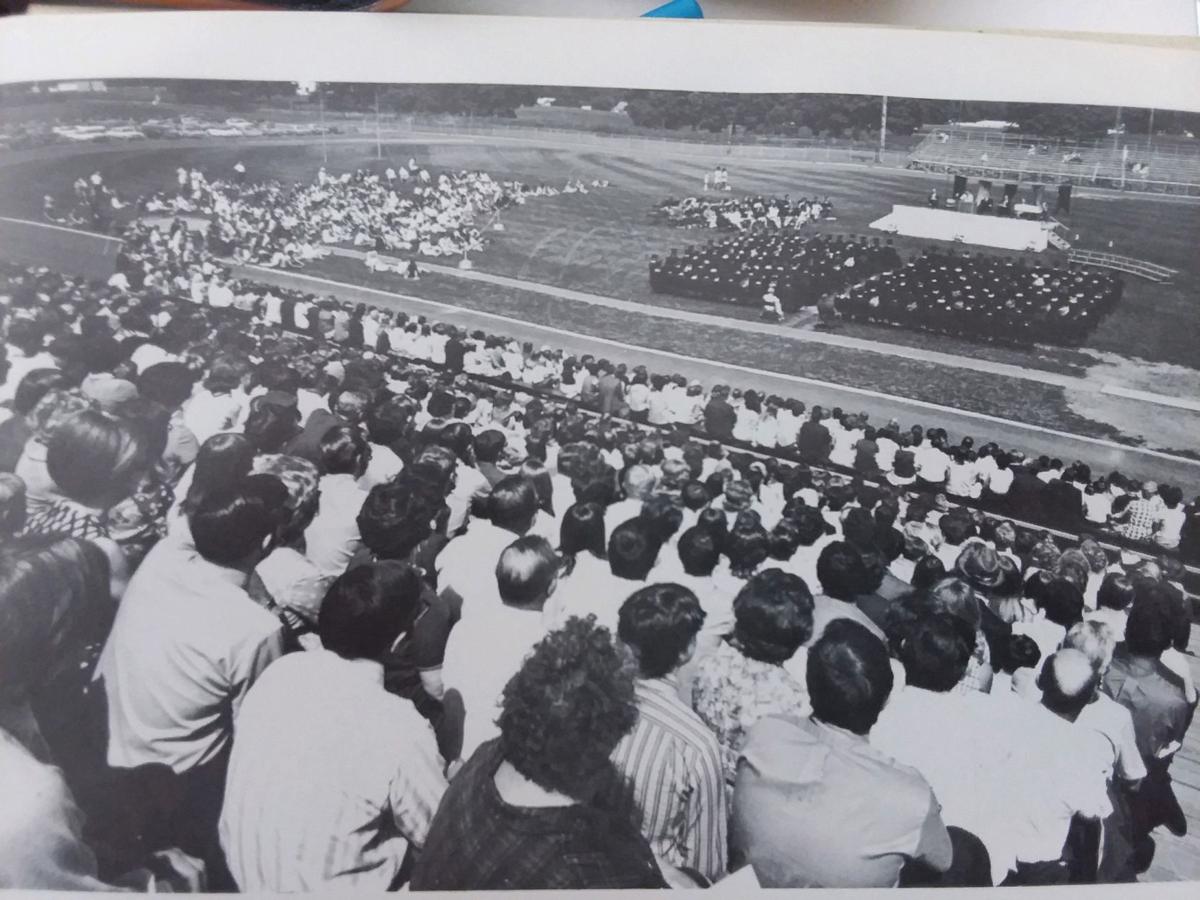 The Class of 1971 graduated at the Waverly-Shell Rock football stadium. It was a coveted opportunity blessed by wonderful weather.

Judy Schultz holds the W-SR 1971 yearbook, which contains a photo of her during her graduation, at right.

The Waverly-Shell Rock High School Class of 1971 will mark its 50-year reunion in 2021, provided the coronavirus pandemic subsides.

The Class of 1971 graduated at the Waverly-Shell Rock football stadium. It was a coveted opportunity blessed by wonderful weather.

It would not have been a big deal — other than the big deal of closing the page on one’s school career — had it not been for a deadly coronavirus, which altered the trajectories of lives and businesses alike, including knocking the typically end-of-May celebration off the calendar.

When that happened, the parents offered some consolation alternatives, like a drive-by parade, but eventually, the virus spread fell to a level where the graduation could be held in an open space, provided that the students and family groups stayed 6 feet apart, in compliance with health officials’ guidance.

This writer covered all graduation activities, as they merited special attention this year. In an article about the in-person commencement, published in the Waverly Newspapers, noted that the stadium ceremony was the first one in “remembered history.”

Thank God for the word “remembered,” because it slices time in accordance with the memory of the sources available to a journalist in her deadline-driven world.

It was my saving grace when Judy Schultz called me in the newsroom to let me know that the 2020 seniors do not hold the trophy on this one.

As it turns out, the Class of 1971, to which she belongs, holds that title, for now, in remembered history.

As Judy tells it, and as pictures in her yearbook show, on Memorial Day weekend in 1971, over 200 graduates turned their tassels at the stadium, as family and friends cheered from the packed bleachers.

Judy’s call to the newspaper was good-natured, she did not challenge the accuracy of my reporting — I had vetted it with current officials, but again, an institutional memory only goes so far on deadline.

“Remembered history does not go back 49 years,” she told me.

But as it happened, on the day Judy reached out to set the record straight, I was not on a deadline, so I wanted to hear her life’s story.

The more I learned, the more convinced I became that in the big scheme of things, it wasn’t just the historical inaccuracy that should have been corrected. It was also that Judy’s story, too, deserved to be told, and that would not have happened if my omission had gone unnoticed.

Apparently, an outdoor graduation was a coveted opportunity among graduating classes, one that Judy said was often derailed by bad weather.

Judy’s siblings, Sandra, Jim and Steven, all had hopes of graduating outdoors, but rain always pushed the ceremony indoors, so their respective commencements took place at Wartburg College instead, since the space there could accommodate the commencement while what is known as the Bock Gym now was too small.

Judy, the fourth and last child in the family of James and Dorothy Leemon, appeared to have struck luck among her siblings. The weather held for the Class of ‘71.

“We had it all planned out if the weather held, but then we also had the Wartburg gym,” she said.

For more recent arrivals to town, like this writer, here are some facts about the graduation ceremony in 1971, double checked with Judy’s year-book:

The class motto — “It is not so much where we stand, but in which direction we are moving” — seems to have charted the course of Judy’s life.

It may not have been clear at the start of her career, but looking back on it, she is one of the women pioneers in the local IT industry, a silent spot she disputes.

“There were other women as well,” she said, deflecting attention from herself.

Whether she was a trailblazer in a primarily male industry may be up for interpretation, what is indisputable is that Judy is one of those quiet, unassuming, hard-working women in town that you will never read a story about.

And she is one of many deserving daughters, mothers and wives who wanted to make the world a better place one deed at a time.

When Judy first started work at a mortgage loan company in 1973, her job title was an applications programmer analyst.

She had gone to Kirkwood College in Cedar Rapids for two years to study application programming. She credits her high school math teacher, Frank Flickinger, with sparking her interest in programming.

“That’s what got me going,” she said. “He had time on the computer at the University of Iowa, so we could write our application on a card and then send it to Iowa and they would run it on their computer.”

Five years later, Judy moved to what is now CUNA Mutual, where she worked for almost 19 years in IT.

At the age of 33, as a mother of two kids and wife, Judy started her four-year degree in computer science at Wartburg College. It took her nine years to earn her bachelor’s degree while working full time and raising a family. Her husband, Jim, a heavy equipment operator at Crystal Heating, Plumbing and Excavating, was very supportive.

At the age of 42, Judy skipped the college graduation ritual, but got her diploma. She remembers as the years went by, the number of women in her classes grew.

In 1995, after she lost her job at CUNA due to the fact the IT operation moved to Madison, Wisconsin, but she got a new position at UNI.

But an IT job and running the household had never been enough for Judy. While working at UNI, she earned a master’s degree in history, but remained working in IT.

“I wanted to learn something different,” she said.

When she retired at the end of 2017, as an application administrator analyst, she had put in 45 years in the field.

Judy and Jim have two adult daughters, Kelly, an interior designer, and Emmi, a social worker at a hospital, and four grandchildren.

As she contemplates her own life, now that she is retired and has had time to clean the house of clutter, accumulated throughout the years, Judy is considering her next adventure.

What it will bring once her husband retires is unclear for now, but one thing is for sure — she is looking forward to her 50th class reunion next year.

She said her classmates are hopeful that the virus would be contained by the time next May rolls around and gray-haired seniors would be able to sip drinks at the Waverly Country Club, and swap stories half a century in the making.

Were the current status quo to persist, and were the reunion to be put on hold, Judy, no doubt, would be disappointed.

“It would be pretty sad but that’s the way it is,” she said,

Those words sounded like an echo of the motto the Class of 2020 had picked — “It is what it is.”

Thinking about how her life has evolved, and how the newly minted graduates are standing at the threshold of adulthood, Judy wishes the Class of 2020 smooth sailing.

She said she will remember this year’s graduation not just because of the new reality that the virus imposed, but also because she never thought her life was story worthy; she just wanted to set the record straight.

“I never thought this would lead to a story,” she said. “Now I know …”

In the end, it is what it was. The 2020 graduation was the first under the open sky in 49 years. Now that the record has been corrected, the difference between remembered history and lived history is now etched in permanence in this story.

A mix of clouds and sun during the morning will give way to cloudy skies this afternoon. High 86F. Winds SSE at 10 to 15 mph.