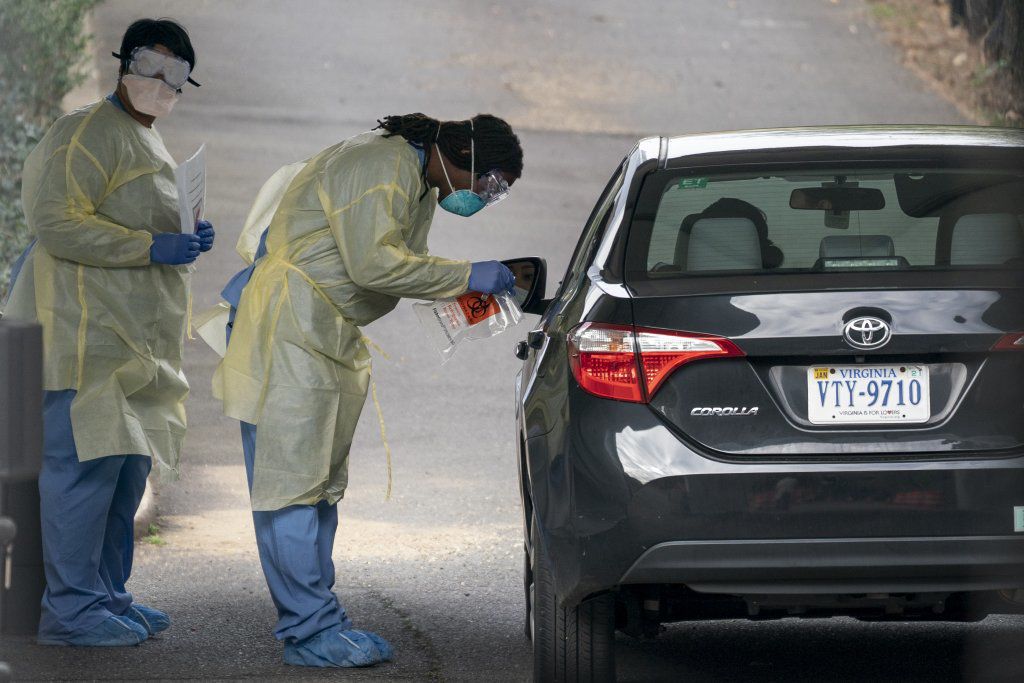 A drive-through COVID-19 testing site in Arlington, Va. Iowa has contracted with a Utah vendor to set up testing sites in Iowa.

As the state expands its criteria to allow anyone to undergo a COVID-19 test through Test Iowa, sites in Waterloo and Woodbury county will be leaving Friday, according to Black Hawk County officials.

The Waterloo site will go to Marshall County, while the Woodbury location will go to Sioux County next week, said Black Hawk County Sheriff Tony Thompson during a press conference on Thursday.

Pat Garrett, spokesperson for the governor’s office, and the Siouxland District Health Department did not respond to requests for comment. The state’s coronavirus website shows testing locations ending Friday in Waterloo and Sioux City, while other locations will continue until May 29.

“It doesn’t make sense to me that way, but fact of the matter is, those sites are being moved,” Thompson said. “I do have concerns regarding that, but that was a decision made at the governor’s level and we simply react and respond to those decisions.”

Reynolds said during her press conference Thursday that details on testing locations will be released next week.

The expansion of Test Iowa monitoring is important to the state’s efforts to reopen, Reynolds said. On Friday, movie theaters, bars, fitness centers, campgrounds will be able to open, many with restrictions on occupancy and other limitations. Some other businesses and facilities opened May 15.

People with an appointment can travel to any Test Iowa site, regardless of their residency.

There was no local involvement with the Waterloo Test Iowa site, Thompson said. He said county officials learned the site was leaving earlier this week. Like in Polk County, Thompson said the Waterloo site dealt with test result delays.

“I can tell you very frankly … I’m not sad to see it go from Black Hawk County,” Thompson said.

Cloudy with rain ending in the afternoon. High near 75F. Winds N at 10 to 20 mph. Chance of rain 100%. Rainfall around a quarter of an inch.