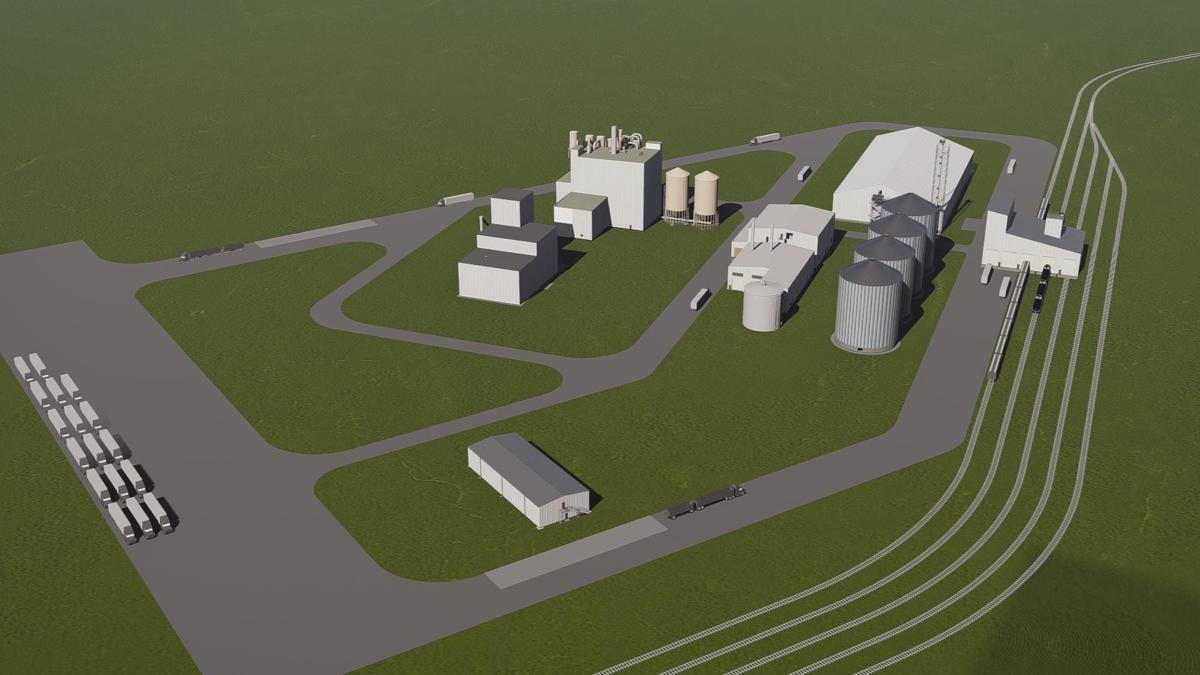 An architectural rendering shows how the Shell Rock Soy Processing (SRSP) facility will look once operational in 2022. 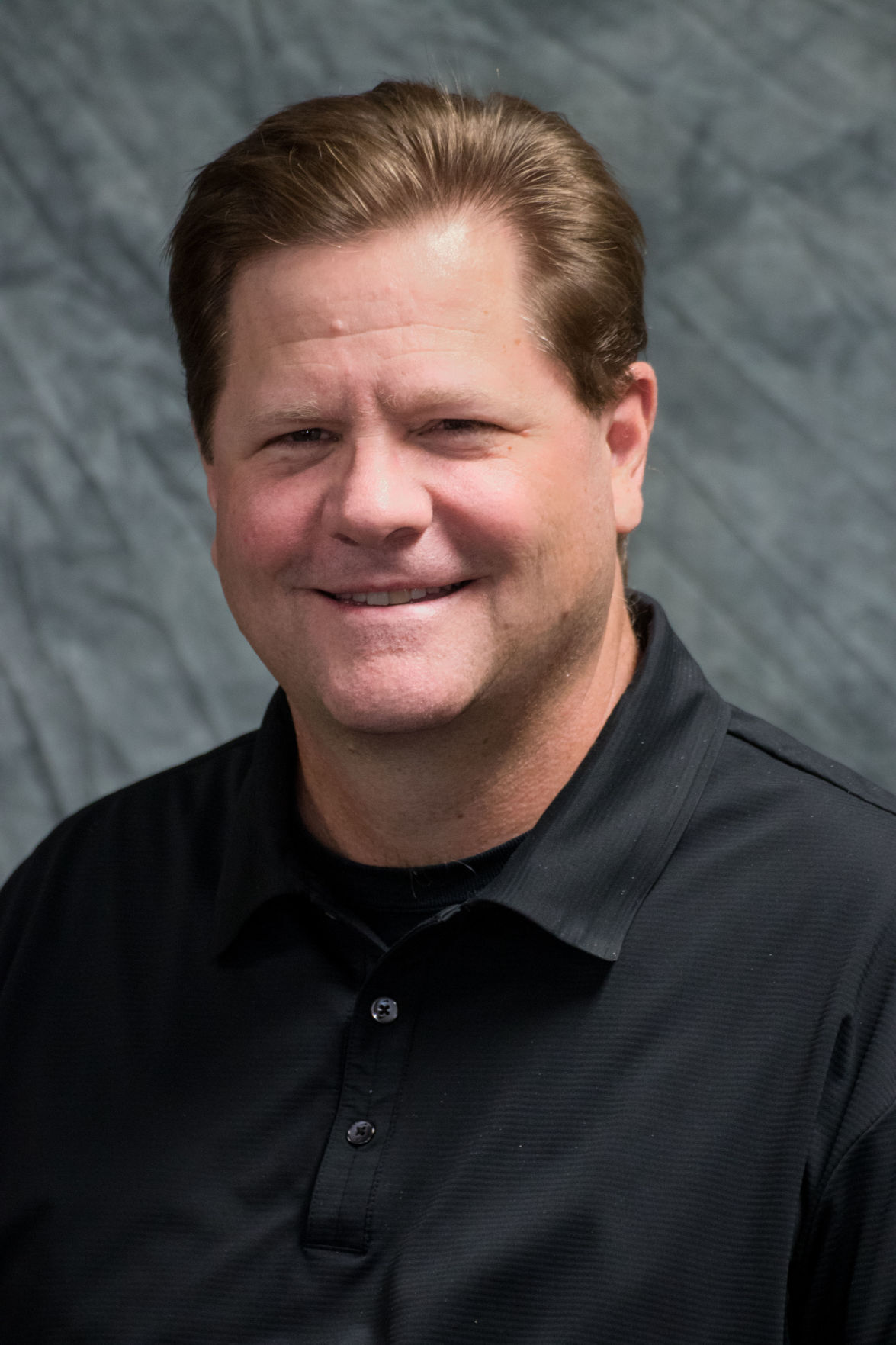 An architectural rendering shows how the Shell Rock Soy Processing (SRSP) facility will look once operational in 2022.

Area soybean farmers will have another potential buyer of their crops come 2022, as a Conrad-based cooperative will build a processing plant west of Shell Rock.

Mid-Iowa Cooperative announced Tuesday it will create Shell Rock Soy Processing (SRSP) in the Butler Logistics Park. Groundbreaking will happen in late October, and according to co-op CEO Mike Kinley, the plant is expected to crush as much as 38.5 million bushels of soybeans annually, or 110,000 bushels per day, while creating 50-60 jobs.

“We’re positioned to extract all the value possible from locally-grown soybeans,” Kinley said. “This plant can supply both food and fuel needs, and it will bring Butler County and surrounding areas into the center of the global ag economy.”

The construction of the plant is subject to state and local approvals of its site plans and environmental impacts. Cooperative officials believe that the new plant would help with propelling value-added agriculture in Iowa.

The facility is expected to cost $270 million to construct. Mid-Iowa will own a portion of the facility, and the cooperative is actively seeking investors for the project.

Mid-Iowa also is expected to provide the beans for the plant.

“Not only will SRSP create more than 50 high-quality jobs, but it allows our area to build on its strong agricultural heritage,” said Jeff Kolb, executive director of the Butler-Grundy Development Alliance. “This will help expand farm income potential, and it will diversify the economy, which can benefit everyone.”

In an informational document on the project, Mid-Iowa chose to buy “a sizable area of land” — approximately 50-60 acres — at the park because of its access to Iowa Highway 3 and the Iowa Northern Railway, the latter connects Iowa’s communities with the rest of the continent through the rail network. Butler Logistics Park is also the home to Flint Hills Resources ethanol plant and TrinityRail Maintenance.

“While this region is known for world-class agriculture, there’s a huge weakness in the current system,” Kinley said in the document. “The average age of a soybean-crushing plant in the region today is 42 years. The service farmers receive from many of these antiquated plants is unacceptable, with waits as long as 3-6 hours. When you add up all the time and money wasted due to these antiquated processing plants, it totals roughly $6.5 million.”

In SRSP’s design, soybeans will be unloaded from their trucks quickly, which will save truckers and farmers valuable time. The plant also provides value-added marketing opportunities closer to home, and it will be able to bring Northeast Iowa into the center of the global ag economy, company officials said.

“SRSP will add tremendous value to soybeans in the eastern part of Iowa,” said Mike Knobbe, an SRSP developing partner with Kinley. “This plant will also benefit the livestock sector by providing high-quality, 48 percent protein soymeal.”

Company officials state in the documents that there won’t be any massive odors from the plant, with the most noticeable one being a toasted soybean meal smell, which they say is similar to toasting nuts or seeds on a stove. It also won’t have much noise, either, which would have about the same ambient noise of other industrial plants within a mile, and the lights won’t be intrusive.

Mid-Iowa also believes SRSP will have an efficient use of water. They estimate potable water consumption to average 3,600 gallons per day with process water being used at a rate of 400,000 gallons daily. By comparison, the City of Waverly pumps about 975,000 gallons per day.

Bringing the plant to the Shell Rock area at the scale they plan to have it was a team effort.

“Creating SRSP has taken a lot of stakeholders, including local farmers, ag cooperatives, economic development leaders, county zoning officials, the Butler County supervisors and many others,” Knobbe said. “It’s rewarding to see so many people working together to make this plant a reality.”

In the end, the new facility is expected to benefit farmers in the Shell Rock area and the surrounding communities for decades to come.

“Providing soybean growers with a new option through SRSP isn’t just for today’s farmers,” said Mid-Iowa Board President Bob Hogle. “It will benefit the next generation, too.”