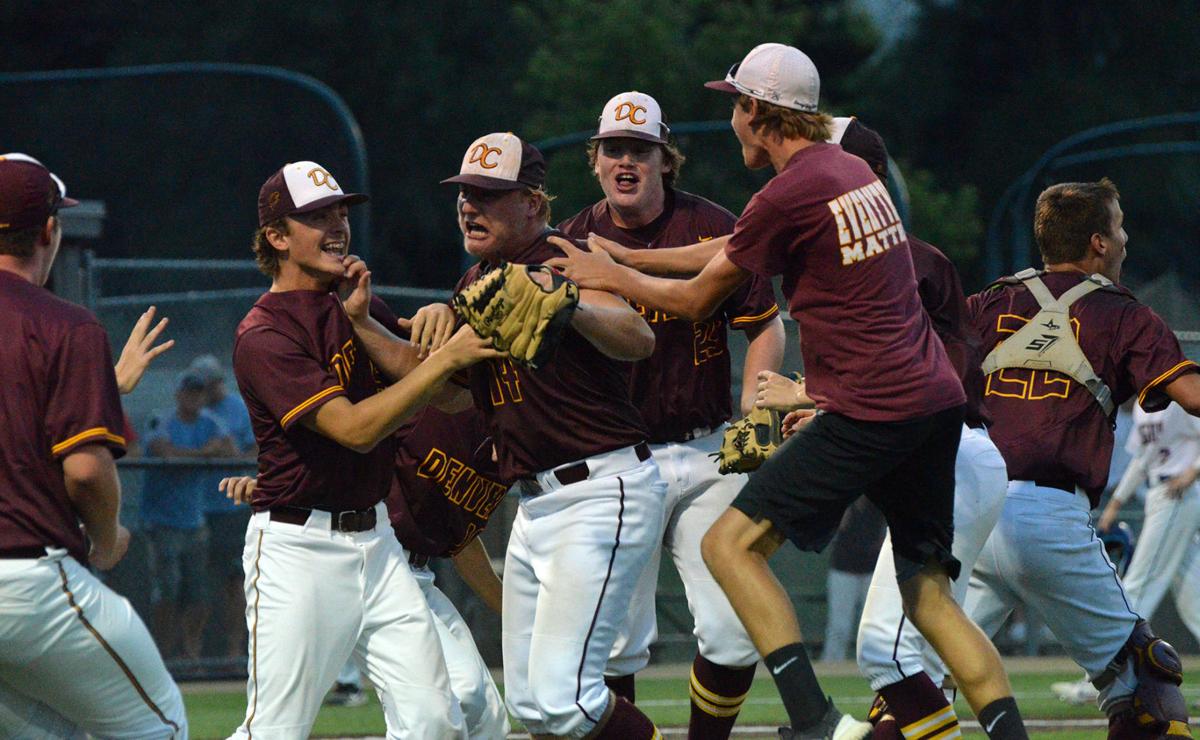 Denver players mob Braden Powers after Powers closed out the Cyclones’ 3-2 Class 2A Substate 4 championship against Jesup on Wednesday in Waverly. 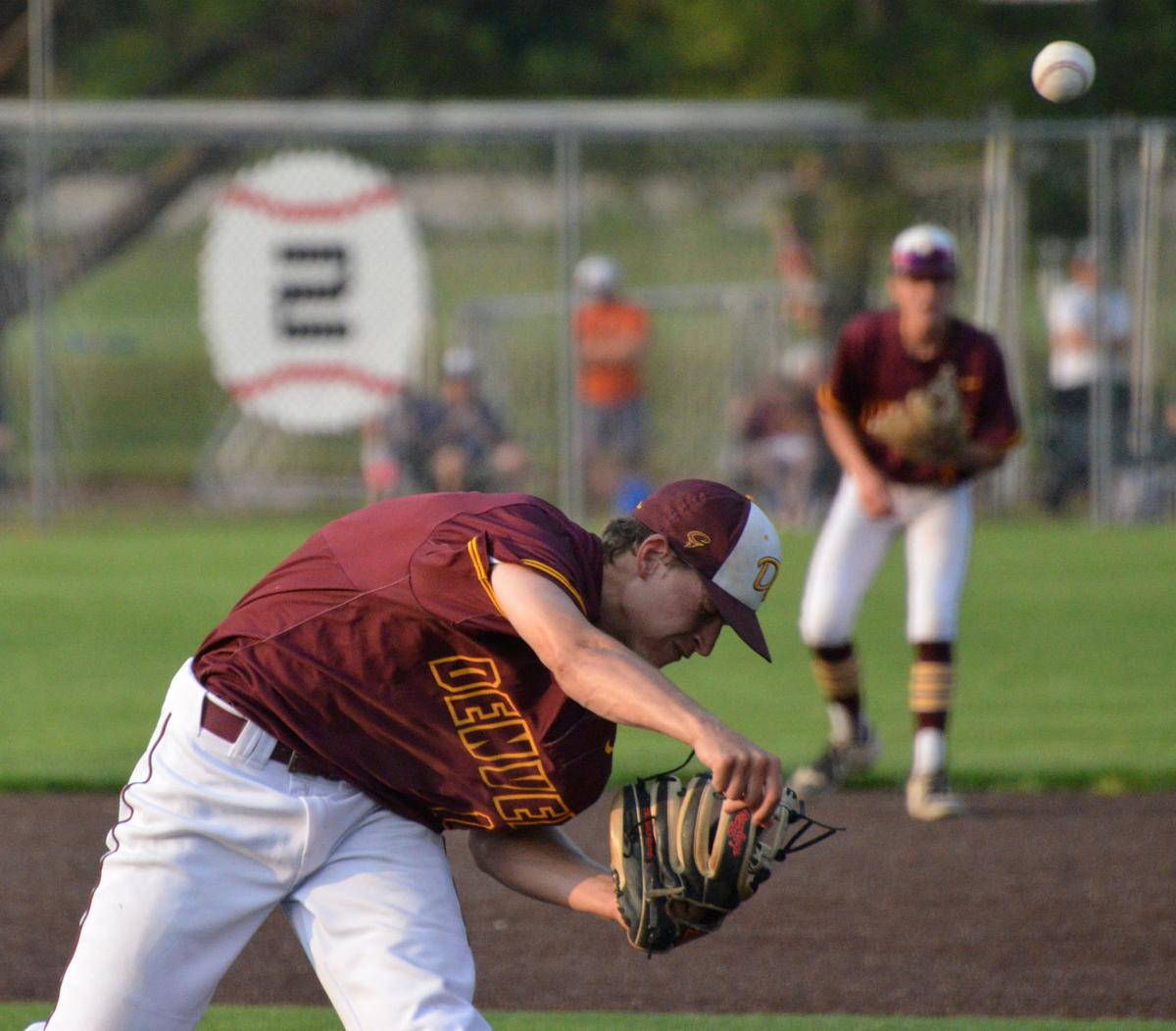 Denver’s Bryce Phelps pitches during the Class 2A Substate 4 championship against Jesup on Wednesday in Waverly. 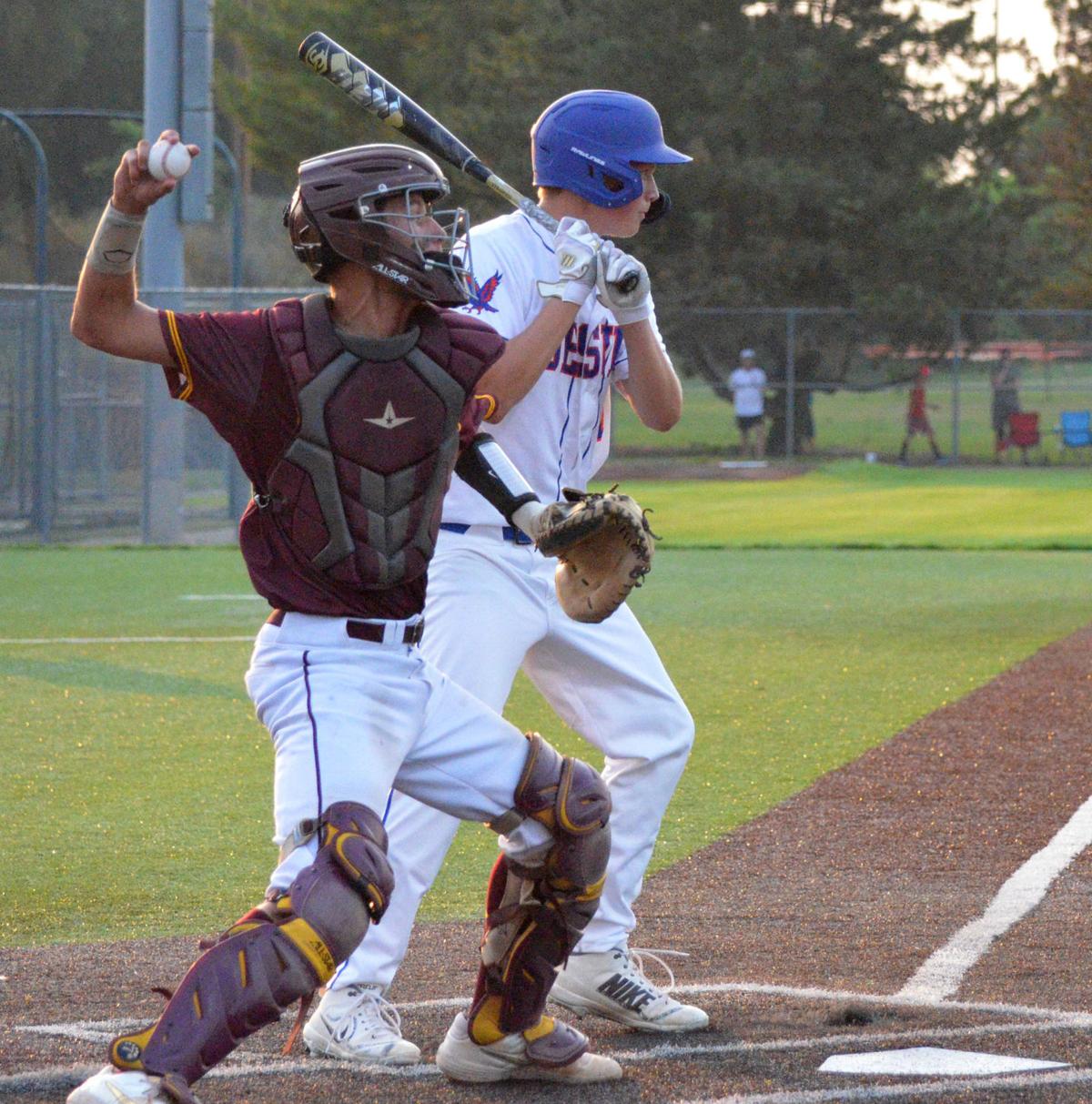 Denver’s Mitchell DeVries fires to second during the Class 2A Substate 4 championship against Jesup on Wednesday in Waverly.

Denver players mob Braden Powers after Powers closed out the Cyclones’ 3-2 Class 2A Substate 4 championship against Jesup on Wednesday in Waverly.

Denver’s Bryce Phelps pitches during the Class 2A Substate 4 championship against Jesup on Wednesday in Waverly.

Denver’s Mitchell DeVries fires to second during the Class 2A Substate 4 championship against Jesup on Wednesday in Waverly.

Runners on second and third.

Denver’s Braden Powers – he of the 1.84 earned-run average – took a breath, then wound up and fired.

Jesup senior Gavin Nolan, who had just nine strikeouts to his name this season, swung.

Just like that, the Cyclones claimed a 3-2 victory, the Class 2A, Substate 4 championship and state-qualifying berth that came with it Tuesday night at Harms Stadium at Hertel Field.

“Full count, I have a lot of trust in my fastball. My control is very good with it,” Powers said. “So, fastball, put it in there. Make him hit the ball. He just didn’t get it done and we got the win.”

Denver (18-18) also reached .500 for the first time since June 10 and continued its revenge against its North Iowa Cedar League brethren. The Cyclones ran through their league counterparts during the substate bracket, knocking off Aplington-Parkersburg, 10-1, then Dike-New Hartford, 12-2, and the J-Hawks.

“They may not always show that they are an elite team, (but Denver coach Dustin Rewerts) turns them that way at the end of the season,” Jesup head coach Bruce Wall said.

“We had nothing to lose,” Denver senior pitcher Bryce Phelps said. “They had all the pressure on them – they’ve been ranked all season, they had the better record. They were expected to make it down there.

“We’re some team that came together in the postseason and made a run. We came in a below .500 team and now look at us. We’re going to state. It pays off.”

The game was tied 1-1 in the fifth when Powers reached on a one-out single off Jesup’s Nate Cagley. He moved to second on a sacrifice bunt and Phelps, a .462 hitter, was intentionally walked.

It brought to the plate Layne Fober, a senior who is hitting .317 with 23 RBIs. Fober cracked a 1-2 double to left field to plate Powers and Phelps and push the Cyclones ahead 3-1.

“Oh, yeah (I felt disrespected). I knew it was coming,” Fober said. “Two outs, runner on second. They’re not going to pitch to Bryce. I knew I needed to do what I needed to do. The rest is history.”

Standing next to his teammate, Phelps just grinned.

“I have so much faith in my team, especially Layne behind me, that it didn’t matter.”

Phelps twirled a gem, allowing just three hits and striking out eight against the J-Hawks (26-4). He was pulled in the bottom of the seventh after exceeding the maximum pitch count; Phelps allowed a leadoff hit to Brevin Dahl and walked Jack Miller to put two on with no one out.

Carson Lienau sacrificed both over a base as Powers came in, and Parker McHone’s groundout plated Dahl for a 3-2 score with two outs.

Brodie Kresser scored on an infield single and stole second to put runners on second and third for Gavin Nolan.

The senior coaxed the full count from Powers before it ended.

“Always keep battling,” Wall said. “Unfortunately, we weren’t able to get those last couple there. We had some other opportunities early in the game, too, that just didn’t materialize for us.”

Cagley, Dahl, Kresser and Lienau snagged the J-Hawks’ hits. Lienau went 1 for 1 with a walk.

Phelps went 2 for 2 with two doubles, an intentional walk and two runs scored. Powers went 2 for 3. Fober went 1 for 3, as did Kaden Miller.

The Cyclones have won 10 of their last 12 games.

“One win after another and we gain more confidence,” Fober said. “Here we are, making a great run. We’re playing about the hottest baseball you can play right now. We’ve knocked off two ranked teams, why not do it again?”