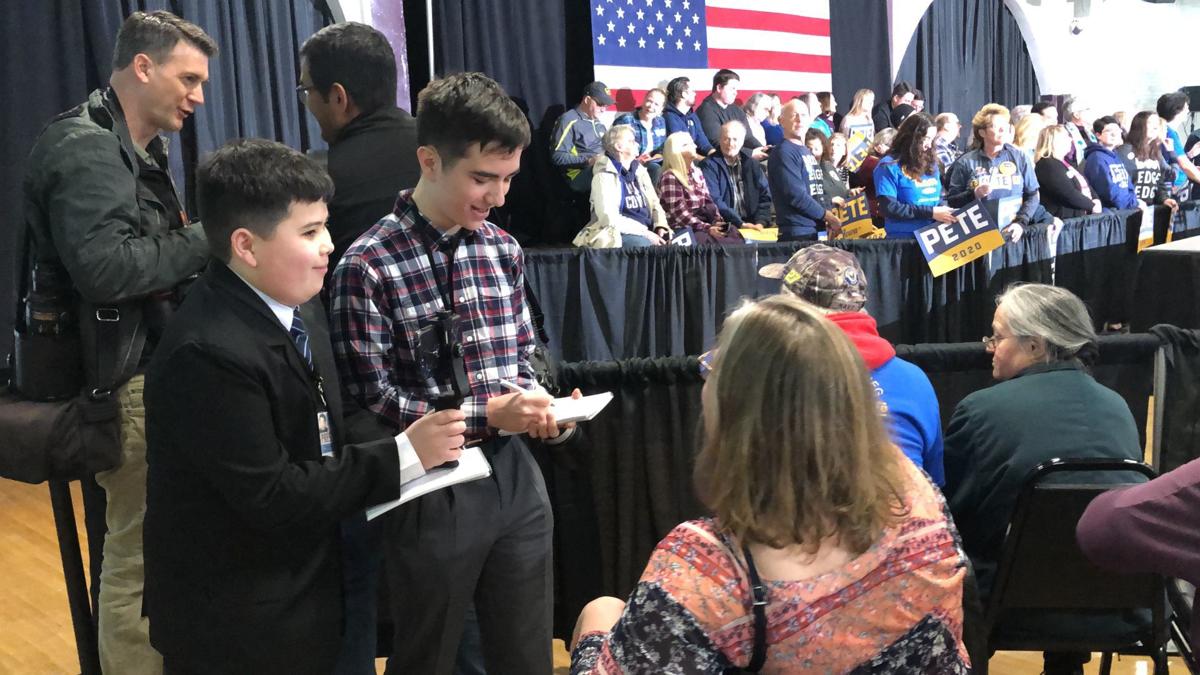 Jack and Ben Iboshi talk with an audience member at a Pete Buttigieg campaign rally Saturday at Electric Park Ballroom in Waterloo. 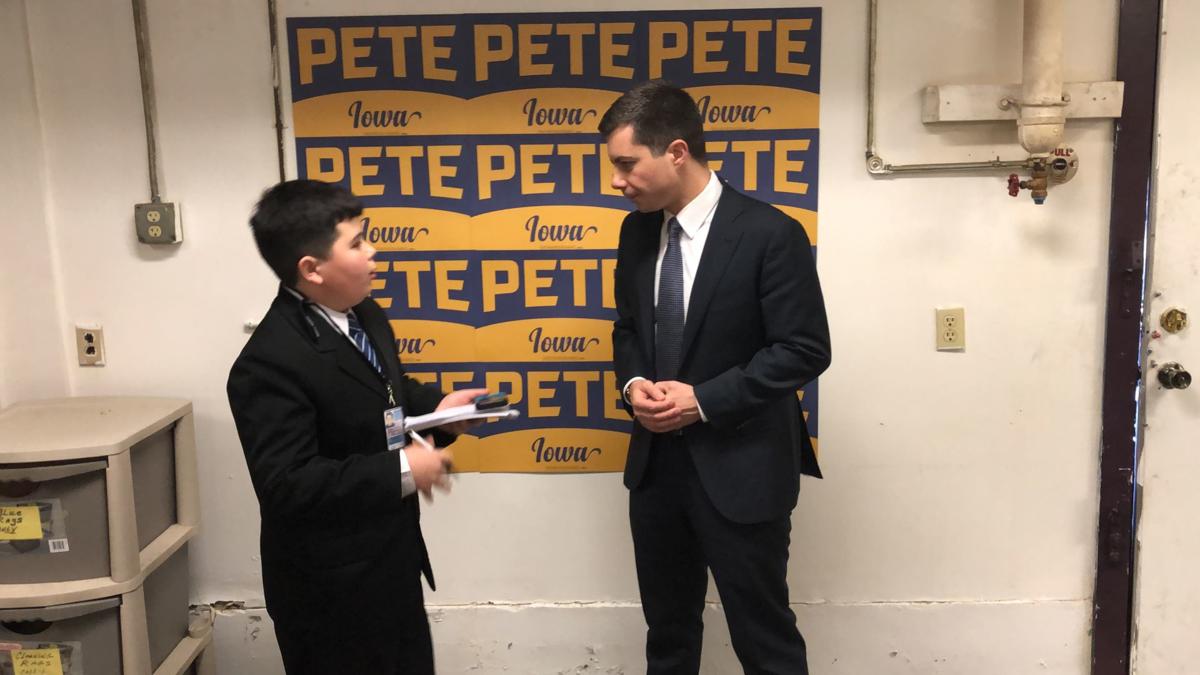 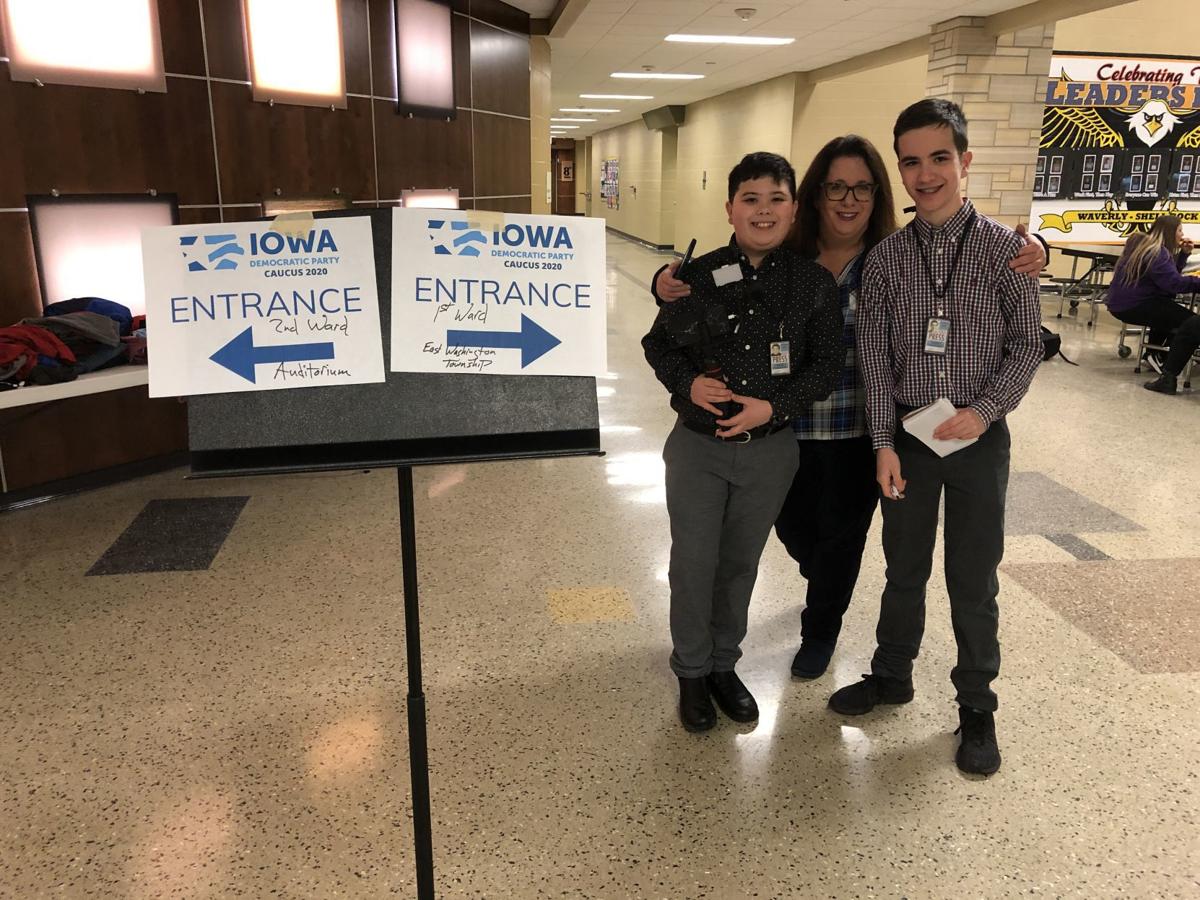 Jack and Ben Iboshi pose with their mother, Laura Thallacker, a Wartburg College alumna and Las Vegas attorney, outside of the Waverly Ward 1 and 2 caucus locations at Waverly-Shell Rock Middle School on Monday. 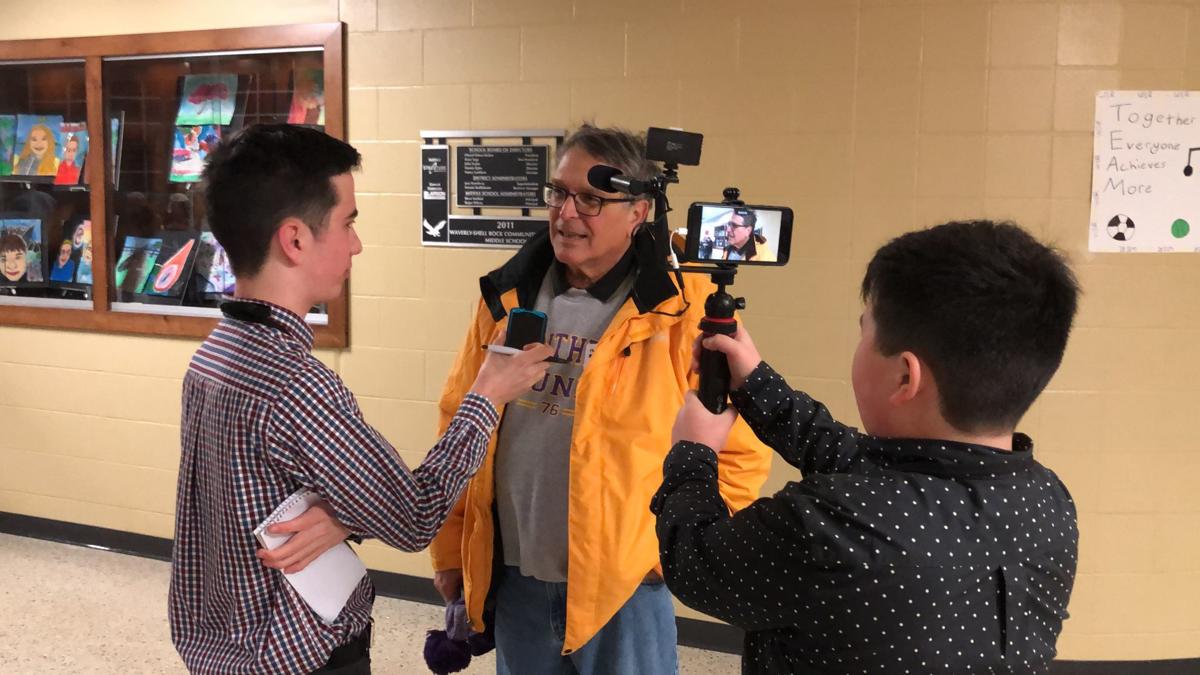 Jack and Ben Iboshi talk with an audience member at a Pete Buttigieg campaign rally Saturday at Electric Park Ballroom in Waterloo.

Jack and Ben Iboshi pose with their mother, Laura Thallacker, a Wartburg College alumna and Las Vegas attorney, outside of the Waverly Ward 1 and 2 caucus locations at Waverly-Shell Rock Middle School on Monday.

The 2020 Iowa caucuses made history, albeit not exactly for the reasons the Democrats intended, as the effort meant to enhance transparency, expand accessibility and explicate voter preferences crashed in full view of the nation, leaving many pundits to question Iowa’s status as the host the first-in-the-nation caucuses.

But two teen brothers, Ben and Jack Iboshi, of Portland, Oregon, who had come to Iowa for the opportunity to take a front seat to the making of history, relished everything the caucuses had to offer as civics knowledge, and yes, as a journalistic assignment.

Ben, 16, and Jack, 13, appeared to have caught the journalistic bug from their dad, Kyle Iboshi, an Emmy-award winning investigative journalist with KGW, the NBC affiliate in Portland.

A line of strong and highly achieving women like their mom, Laura Thalacker, a lawyer, and their aunt, Karen Thalacker, a Waverly magistrate, also played a role in the brothers’ interest in current issues, and during their caucus assignment, both women enabled them to achieve their dream of covering the Iowa caucuses as cub reporters.

The Iboshi brothers were in town for three full days, but what they accomplished journalistically can be the envy of any professional reporter.

As cub reporters for the Waverly Newspapers, which they became on Friday evening, as soon as they drove into town, they became honorary members of the Transformative Journalism Academy, the outreach arm of the paper, which aims at engaging talent of all calibers and abilities to learn the practice of journalism.

I knew the brothers were hungry to dive into the reporting experience right away when I saw how their eyes lit up when they received their press badges.

But it wasn’t until I saw them in action at a town hall for Mayor Pete at the Electric Park Ballroom in Waterloo that I realized they were the real thing.

Like seasoned reporters, they worked the crowd before the event, and gathered all the information I asked of them. Yes, some audience members turned them down, but they didn’t dwell on it, just moved on to the next person who wanted to talk.

In the sea of reporters from around the world, the duo stood out, and especially Jack, who was dressed in a dark suit and tie, with a white shirt, while most journalists from venues big and small opt for casual wear in such marathon events like following a candidate.

Being themselves, and with a little networking help, the Iboshi brothers managed to embed themselves in the press pool.

In the chaotic environment, so familiar to any reporter who has ever hustled through a big room after a town hall to snag a one-on-one with a candidate, Ben managed to squeeze into the press gaggle after Mayor Pete’s presentation, and asked a question.

Afterwards, Jack scored an exclusive opportunity to ask the South Bend, Indiana, mayor how he is going to get anything done with a Republican majority in the Senate.

Buttigieg answered in a manner that he would any other reporter, which earned him Jack’s respect.

“He treated us like any other reporter, regardless of age,” Jack said. “Like I was an adult and journalism was my profession.”

The cub reporters also interviewed Waterloo Mayor Quentin Hart, and Sen. Bill Dotzler, plus half a dozen attendees of various age groups and walks of life.

I should add here that the two worked their cell phones as reporting devices with the ease of journalism graduate who has taken my mobile journalism reporting class, and that was impressive.

After the excitement of the scoop of having their questions answered by Buttigieg, I thought the Iboshi brothers would run out of fuel, and crash from excitement and exhaustion.

But they turned out to be tough, a great journalistic quality. They showed me resilience while waiting for their Lyft ride. After they had put their gear away, they spotted a precinct captain who was disabled, and waiting to be picked up. The cub reporters had already put their gear away, and it was so convenient to walk past the man as

other media representatives had done once the event was over.

Instead, they pulled out their selfie stick and phone and had a very powerful interview with him.

I made a mental note that the brothers appeared to be fully immersed and gorging on what journalism has to offer — the power to see the world with innocent eyes and share that with an audience.

It was a re-charging realization for me.

But what took it to the next level was that after the experience at the Waterloo event, the cub reporters proved to me they had become self-sufficient and enterprising, another important journalistic trait.

Any coach or teacher would understand my joy of watching from afar how they implemented later in the day — at an Amy Klobuchar event at the Cedar Falls Woman’s Club — everything they had learned in covering the Buttigieg town hall. Yes, Jack did interview Klobuchar, and was very happy he had accomplished this on his own.

On caucus night night, the duo and their mom met me at the Waverly-Shell Rock Middle School. We split the assignment and they reported on Ward 1, in the cafeteria, while I focused on Ward 2, in the auditorium.

Here, too, they excelled, asking questions from strangers of all ages, as caucus-goers came in, respecting the process and observing from behind the yellow construction tape which warded off the caucus participants.

As if all this wasn’t enough, right before they flew back home Tuesday afternoon, they stopped by my office for a podcast where they talked at length about what they learned from this immersive experience.

“We don’t get anything like this in Oregon,” Ben said, expressing, repeatedly, his appreciation for the Iowa caucus experience. “It’s a lot more involved than it is in Oregon.”

“You are a lot more out there and express your views in front of your neighbors.”

Asked what they thought of their journalistic experience, they acknowledged it would be hard to translate the reality of their immersion into words — hitting, on the nose, yet another dilemma every journalist faces when they tell a story.

“I have a lot more respect,” Ben said. “It is really fulfilling.”