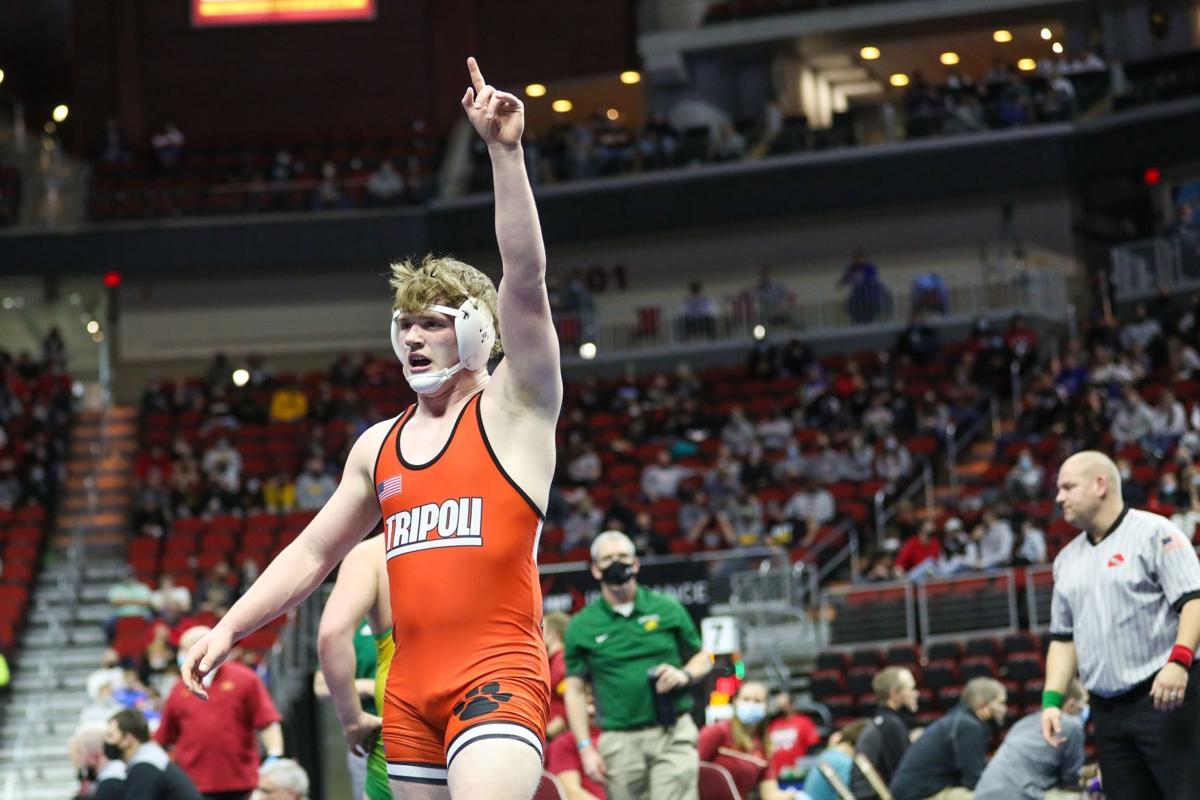 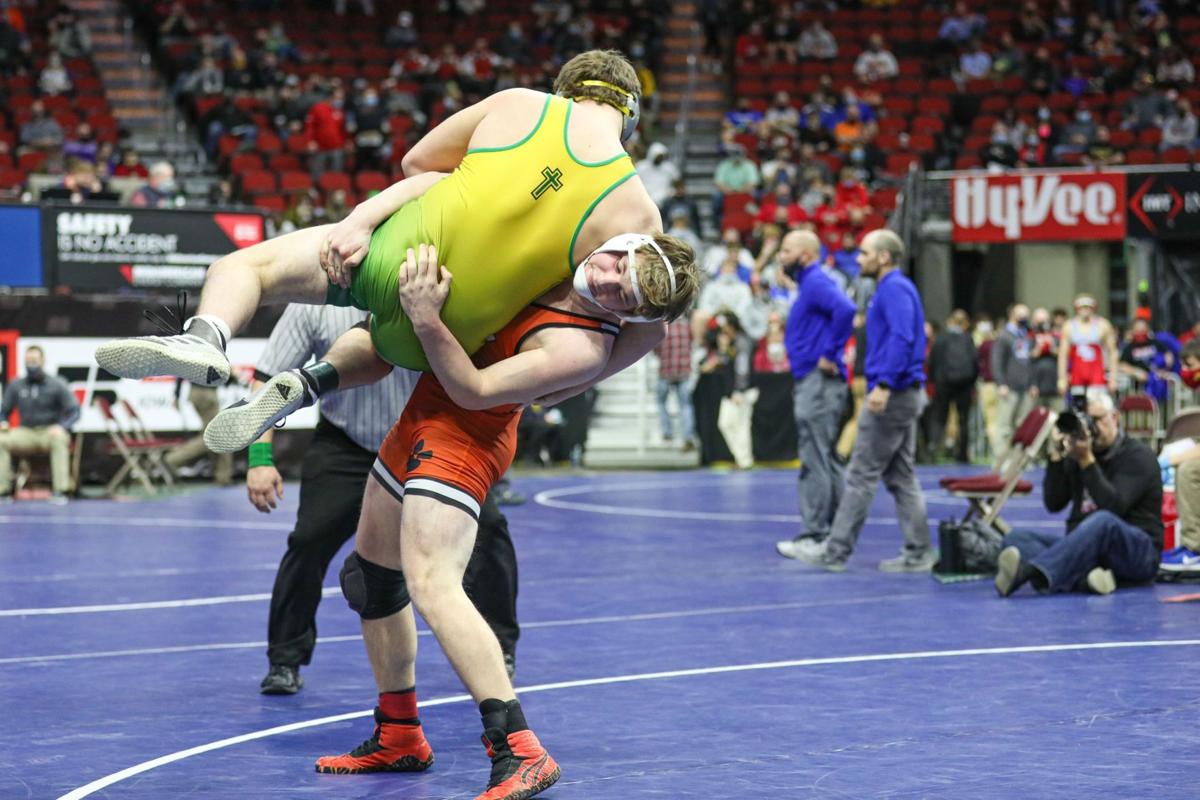 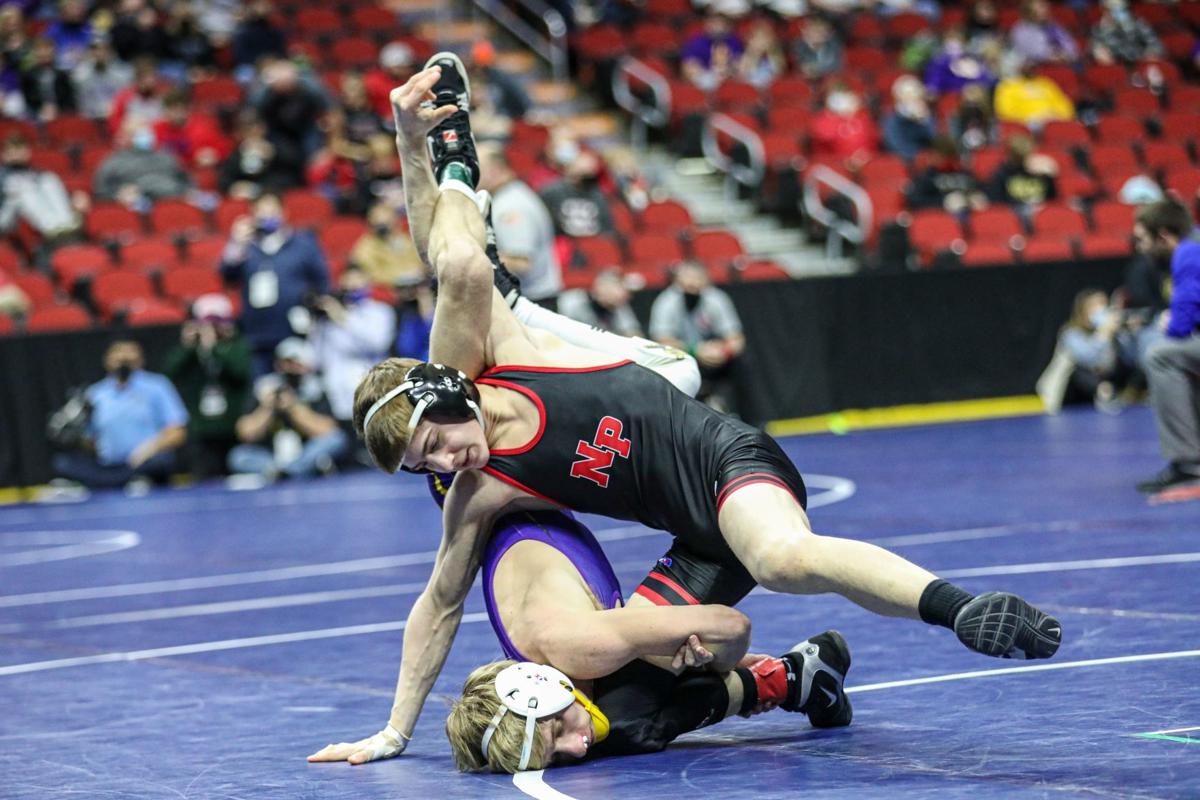 When his grandmother, Carol Wilson, passed away Feb. 18, 2020, Brocka started to believe in his own abilities.

With his heart heavy and his grandmother’s memory locked in his mind, Brocka, a senior at Tripoli, stepped on the mat late Friday afternoon, one win away from securing a spot in the Iowa High School Athletic Association Class 1A 195-pound state final.

Before he shook hands with his opponent, Owen Huehnergarth of Beckman Catholic, Brocka looked up toward the rafters inside Wells Fargo Arena. He prayed to his grandmother and asked her to give him all the strength he would need to prevail.

His prayers were answered.

Exhausted and without an ounce of energy left to give, Brocka withstood a late rally from Huehnergarth and held on for an 8-6 decision to advance to Saturday’s state final.

“I just had the confidence,” said Brocka, gasping to catch his breath following his match. “I believed that she was with me the whole time.”

Brocka became the first state finalist for Tripoli since 2001 when Mike Kuecker accomplished the feat at 215 pounds. Kuecker also won in 2002 at 215.

It looked like Brocka had Friday’s match wrapped up earlier after he had Huehnergarth on his back for a short time, but the Beckman Catholic standout freed himself. Brocka led 2-0 after the first period and 6-2 going into the third.

Brocka used to not believe in himself. Now, he is one win away from becoming a state champion. His coaches and teammates are behind him. His community is behind. So, too, is his late grandmother.

Ever since he lost to Underwood’s Gable Porter in the Class 1A, 106-pound state final last February, Garret Rinken has worked harder than he ever has in his career.

The Nashua-Plainfield sophomore upped the intensity in his training and the way he approached every match. He carried that heartbreaking memory of defeat with him every day. He avenged that loss Friday night with a 9-0 major decision over West Bend Mallard’s Donavon Hanson in a 113 semifinal.

“I just had to wrestle my match,” said Rinken, who improved to 49-0 on the season. “Last year, I think let Gable take over the match. I’ve just got to keep wrestling my match, keep my composure and just keep wrestling.

“Not being able to do it last year, my goal was not complete, and now I made it to the finals. I’ve just got to win now.”

Rinken will face West Sioux’s Braden Graff in Saturday night’s final. Rinken doesn’t believe his story is finished just yet. Neither does his coach.

“He’s on a mission,” Nashua-Plainfield coach Al Frost said. “He’s had his eyes channeled in on one goal there, and obviously his goal is the state title. He obviously can’t have anything less.”

Buss on to the finals

North Butler/Clarksville heavyweight Chet Buss pushed his way into the Class 1A state final with a 7-4 decision over Lisbon’s Brant Baltes. Buss, junior who is ranked No. 1, is now 39-0 on the season.

Buss, the defending heavyweight champion, will square off with Logan-Magnolia’s Rex Johnson in Saturday’s final.

Brady Brocka became the first wrestler since Tripoli formed its own team four years ago to advance to the Class 1A semifinals. The 195-pound senior rallied for a 6-3 decision over Iowa City-Regina’s Ronan Poynton in the quarterfinals Friday morning.

Friday, also known as the day of the blood rounds, is the longest of the traditional state tournament every year. On Thursday, all three classes had their own sessions. On Friday, however, each session featured multiple classes, and both the quarterfinals and semifinals rounds were completed. It is the only day of the tournament where if you win, you wrestle again.

A mix of clouds and sun early, then becoming cloudy later in the day. Slight chance of a rain shower. High 38F. Winds SSE at 10 to 20 mph.