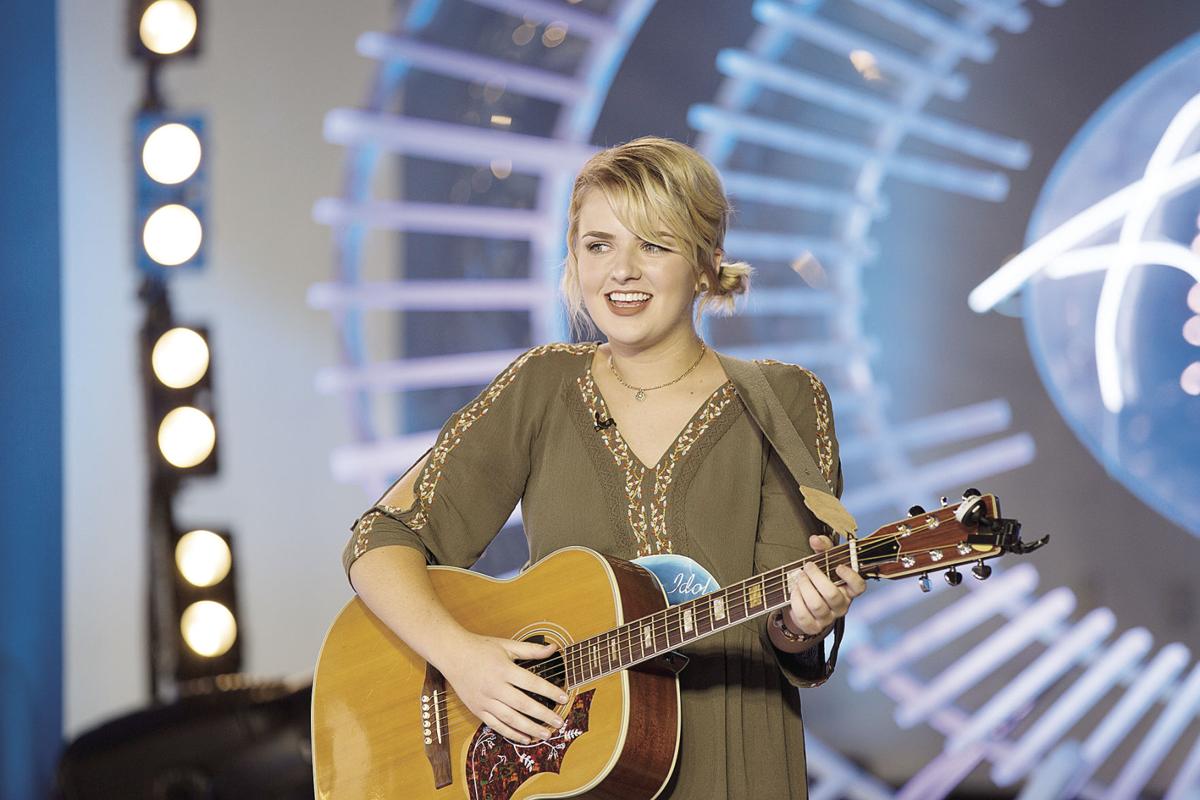 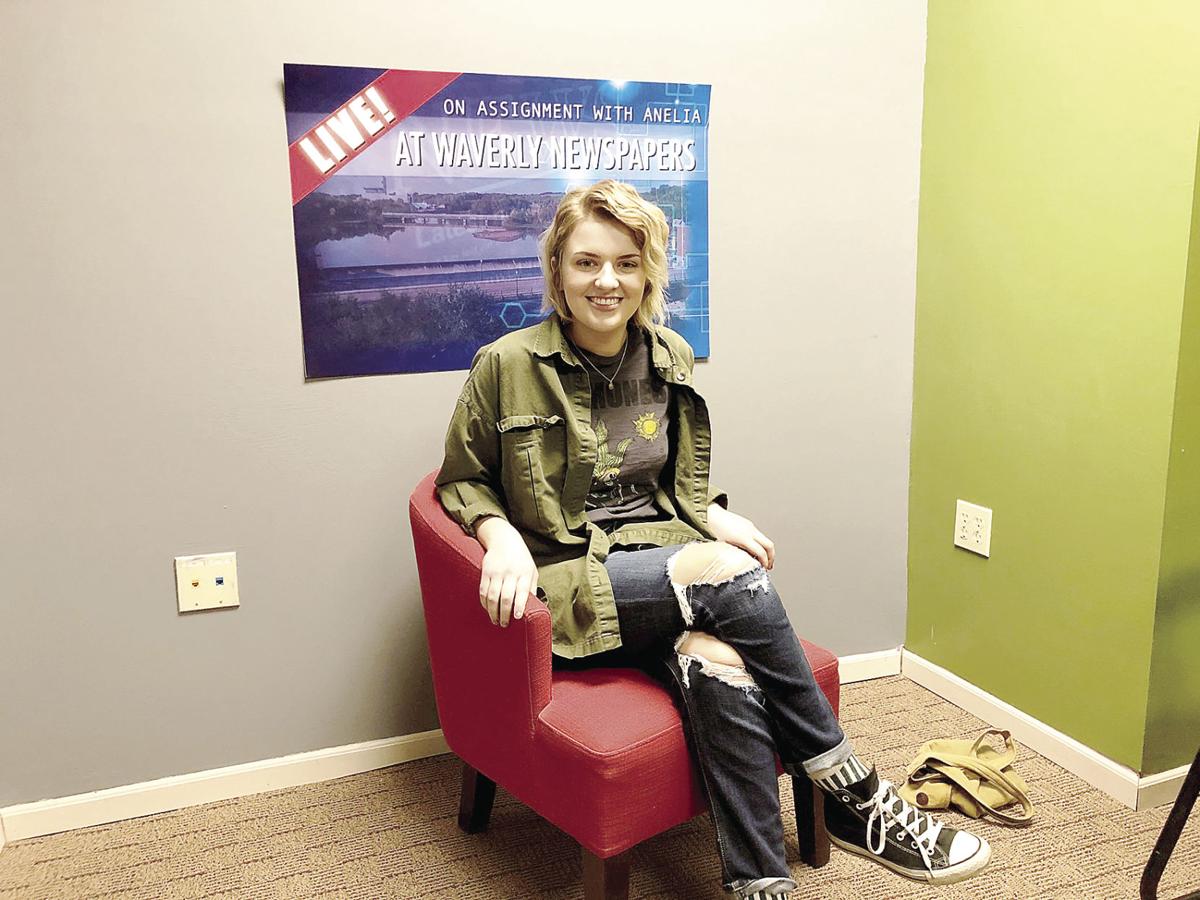 She built her chops on the Voice, but she found her true voice on American idol.

As America finds out more about who she is, and falls deeper in love with her talent, her Iowa fans feel strongly that her success is also theirs, as they have cheered her on along the way.

Had it not been for the failure — as she refers to her performance on “The Voice” in 2016 — she wouldn’t have built the resilience she now has.

That’s how failure steels talent, transforming it from aspirational to inspirational.

It’s a good story, she agrees, reflecting on her journey in the third person, to have performed at two dueling music shows.

On “The Voice,” she found her groove.

On “American Idol,” she found her true voice.

What became clear in the interview Maddie gave the paper on Wednesday morning, on the occasion of her debut on “American Idol,” is that she has figured out how to draw strength from her pain, and how to power through obstacles to pursue her dream.

In retrospect, she recognizes the importance of going through rejection. If you recall one of her first hit songs about breaking up with a boyfriend, you’d know she is well equipped to handle tough times.

But when it comes down to spurned talent, it’s a different kind of hurt than a romantic breakup and she finds some comfort in knowing she’s not alone. In fact, some of the biggest stars in music today have toughed their way through professional hardships.

“I think every musician has to be told no before something really big happens for them,” Maddie says, having made peace with herself. “I really think I needed to go through that experience because… it tested my determination [and] my perseverance.”

On Assignment with Anelia, the live program hosted by this writer on the newspaper’s Facebook page, has followed Maddie’s career over the past few years, mostly in community-minded forums, like the Bremer County Fair and Waverly’s Heritage Days.

On Iowa soil, she’s surrounded with plenty of love, and she hopes her fans’ embrace will carry her far into her new journey on “American Idol.”

The biggest difference in the spotlight, Maddie says, between her former self on “The Voice” and the one fans will meet on Sunday on “American Idol,” will be that the latter will be a much truer picture of herself — from her hairstyle to the Target dress she wears to the song she performs.

“It gives me a second chance to show who I actually am,” she says. “I think that’s a huge difference in the two shows is that really you get to be yourself [on ‘American Idol’]…I felt a lot more freedom.”

On the inside, she hasn’t really changed. Like most millennials, she loves checking up on her friends online.

A self-described couch potato, she devours episodes of “The Office” on Netflix until 3 a.m.

At the same time, she has become more guarded and the girlish willingness to be “liked” has given way to a young woman’s awareness of knowing who her true friends are.

On the creative side, “American Idol” has opened another door for her. And it’s meaningful in so many ways because it is a show she used to watch as a child.

“I’ve watched since I was 7,” she says. “It just seemed right to audition for this because it’s something I kind of grew up on.”

On balance, Maddie’s strength comes from her hometown roots and her family. Her dad, Trent, she says, knows what’s she’s thinking before she’s thinking it.

And he obviously knows what she should do before she intuits what her next step should be.

After all, it was Trent who convinced her to audition for “American Idol,” prompting her to break out of her summer slump, which had enveloped her after “The Voice.”

“He never stops believing in me,” she says. “Me and my dad just have a special bond. We’re pretty much the same person.”

Mom Tonya, and other family members have also cheered her along the way and uplifted her when she was down on herself and feeling she was spinning her wheels.

Now that she has conquered herself, Maddie is ready for a new start.

As desirable and as tempting as success is, she admits it is hard to imagine it.

During the Top 24 round, which Maddie's performance was in the second half aired Sunday and Monday, April 15 and 16, she sang "Brand New Key" during her solo performance, which got rave reviews from judges Lionel Richie, Katy Perry and Luke Bryan. She later teamed with Colbie Caillat to perform the latter's 2007 hit "Bubbly."

Following the duet, Bryan, a country artist, called Maddie "our most complete artist."

"That song choice..." Bryan started while he and his fellow judges tried to figure out whether they wanted to stand or sit. "I'm sold."

Perry, whose repertoire includes "I Kissed a Girl," "California Girls" and "Firework," complimented on how Maddie and Caillat interacted during the performance.

"You weren't stepping on each other's toes, but you were really complementing each other," Perry said. "That was so beautiful, and it shows such maturity and such respect."

Richie, whose career spans five decades starting with The Commodores, said that Maddie has a relaxed quality about her performances.

"The thing I love the most is, you can take all of this (show), and you can compartmentalize it to where you're comfortable on stage," Richie said.

When the last seven spots of the Top 14 were revealed on Monday, Maddie was the third one announced.

What would Maddie do if she won “American Idol”?

She’s not thinking of stardom. Doing good for others from that position of prominence seems much more appealing to her.

“It would be awesome,” she says, “to just think of the things that I could do with that platform… the people I could help out or the lives I could change… It’d be a great story, too, to say that I failed ‘The Voice’ but still I overcame it. If I could say that, that would be great.”

For now, Maddie plans to watch her audition on Sunday night at home with her family, setting aside an earlier idea to have a watch party with a bigger crowd.

“I really want to be able to take it all in, just with me and my family,” she says. “I think that would be nice just to be able to hear every moment.”

UPDATE: This story was updated to reflect results through the April 16 broadcast.

Clarksville native Maddie Poppe will continue for at least one more week on "American Idol,"…

Jeremy Langner should not be confused for a contestant on “American Idol.”

Clarksville native Maddie Poppe has advanced into the Showcase round of "American Idol," as …

Clarksville songstress stars on ‘The Voice’

‘Idol’ judges: ‘Nothing Compares 2 U,’ Maddie

After singing a pair of songs written by Prince, Clarksville native Maddie Poppe earned a berth into the top five of “American Idol.”

Clarksville will be celebrating its “American Idol” finalist today, as hometown girl Maddie Poppe was voted into the top 3 and the finale of t…

For most of her life, Maddie Poppe was a talented small-town singer-songwriter with big-time dreams.

The magic of Maddie's guitar

A girl and her guitar.

Windy with a mix of clouds and sun. High 39F. Winds NNW at 20 to 30 mph. Higher wind gusts possible.