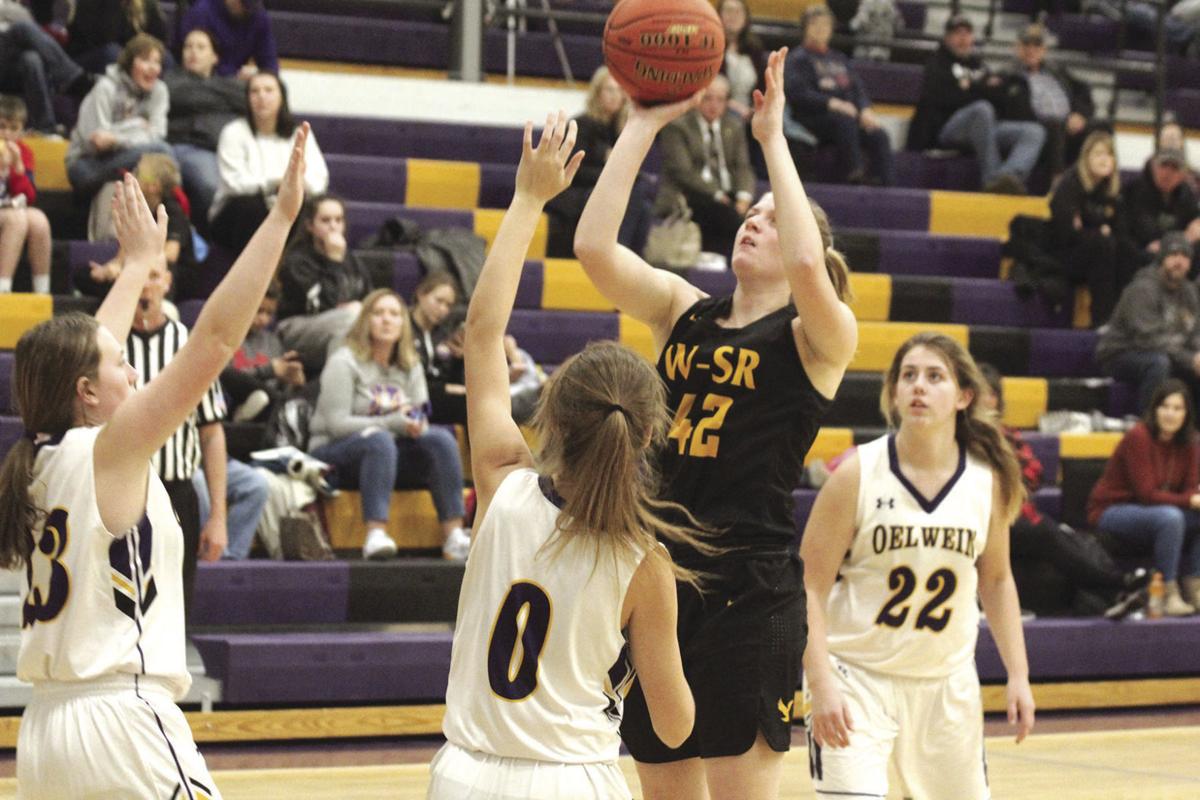 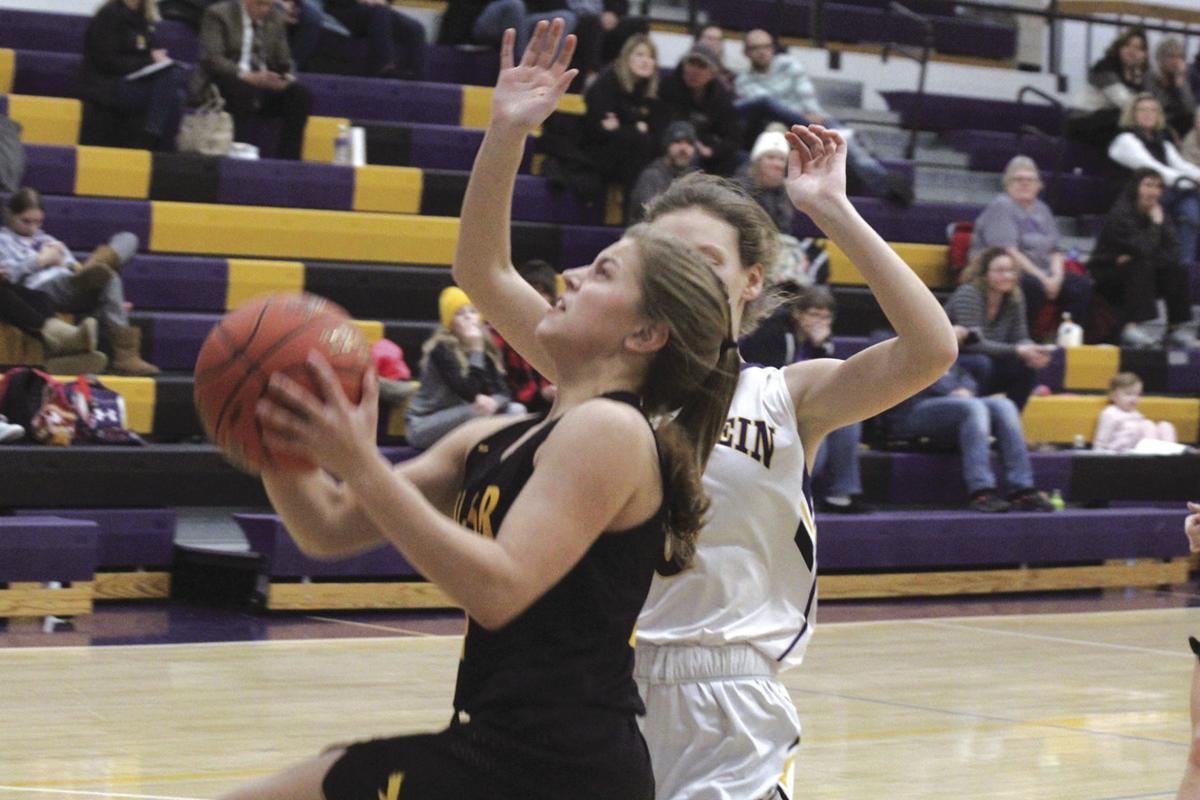 Sophomore Macy Smith attempts a layup during W-SR’s win over Oelwein on Tuesday in Oelwein.

Sophomore Macy Smith attempts a layup during W-SR’s win over Oelwein on Tuesday in Oelwein.

If you opened up Quick Stats Iowa on Wednesday morning to check the Waverly-Shell Rock basketball scores, you likely came across something that made you wipe your eyes and look a second time.

Your eyes didn't fool you: the No. 13 Go-Hawk girls played at Oelwein on Tuesday night and defeated the Huskies by 74 points.

W-SR beat Oelwein 79-5, and, not like it's a surprise, but the 5 points allowed is a school record for the Go-Hawks. The previous record of 9 points allowed in a game happened several years ago, per head coach Greg Bodensteiner.

"Well, we forced a lot of turnovers and got a lot of easy shots," the coach said. "We competed really hard on the defensive end, even when we had a good lead. Our kids just played really hard, and it didn’t matter who we put out there."

The Go-Hawks' dominance started from the get go, as they built a halftime lead of 47-4. W-SR allowed just 2 points in each of the first two quarters.

The second half was even worse for the Huskies. After scoring just a point in the third quarter, Oelwein was shut out in the fourth.

Obviously, no team ever wants to be beaten by such a vast margin, but the game actually brought complications for both teams.

On the one hand, taking the foot off pedal might have been the sportsmanlike thing to do.

But on the other hand, there are only 21 games in the regular season. Every minute of live game action is important no matter the score, and a game like Tuesday's provides an opportunity for a coach to give the players on his bench valuable experience.

"It becomes a difficult situation on our end trying to manage things," Bodensteiner said. "You don’t want to do that to anybody, and yet you want the kids to go out there and compete.

"We had some kids playing last night who hadn’t played in a varsity game yet this year. And they’ve earned the opportunity to go out and perform to the best of their abilities. So it’s just a tough situation all the way around for a lot of different reasons."

"We got a lot of kids out there and got them real game situations," Bodensteiner said.

After beginning the season with two losses against stiff competition, the Go-Hawks are now back to .500 (2-2) after winning their second straight game.

"I thought we were in a pretty good spot, even after going 0-2," the coach said. "Obviously it would’ve been fun to win both of those. But we weren’t very far from being 1-1, and it wouldn’t have been unrealistic to be 2-0.

"It looks like we’ve bounced back here and we’re headed in the right direction."